true and zooey (aka blythe)

Auntie Reinna gave both my big girls Blythe dolls for Christmas. They both instantly loved theirs, but True especially loves her because she thinks it is a Zooey Deschanel doll (she even leaves the green eyes on her cause that is like Zooey’s)! Since the new video from She & Him came out, True has been constantly asking to watch it. It is cute because she will get her “Zooey” doll and make her dance and singalong with the video.
Therefore last week I thought it would be perfect if we crafted up a little dress just like the one Zooey wears in the video. True was very excited throughout the whole process, she kept telling me what it needed to look like! 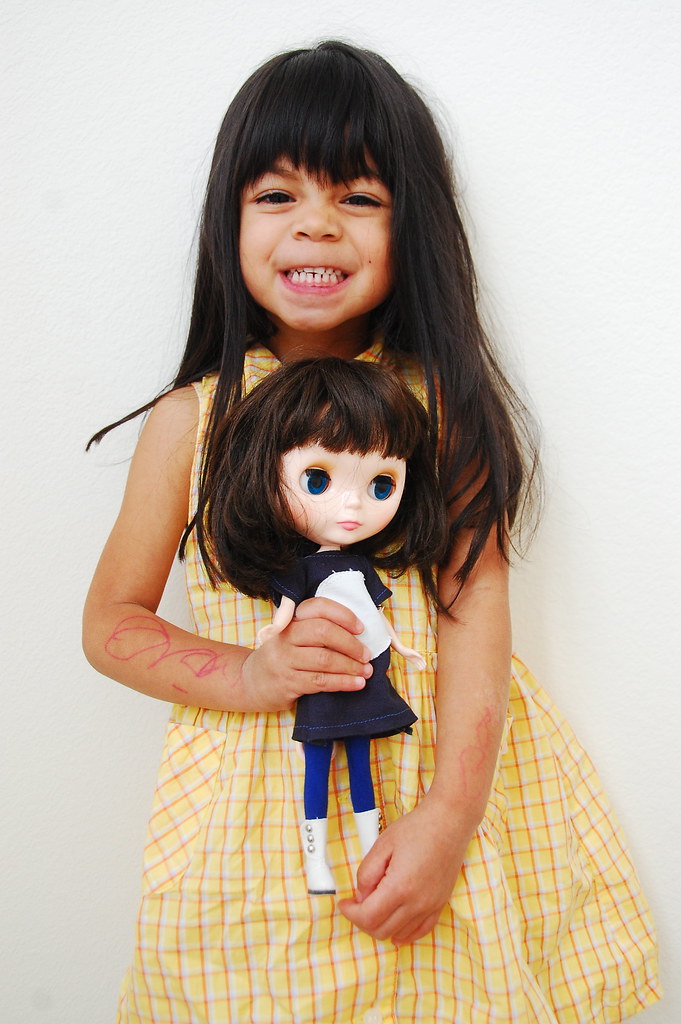 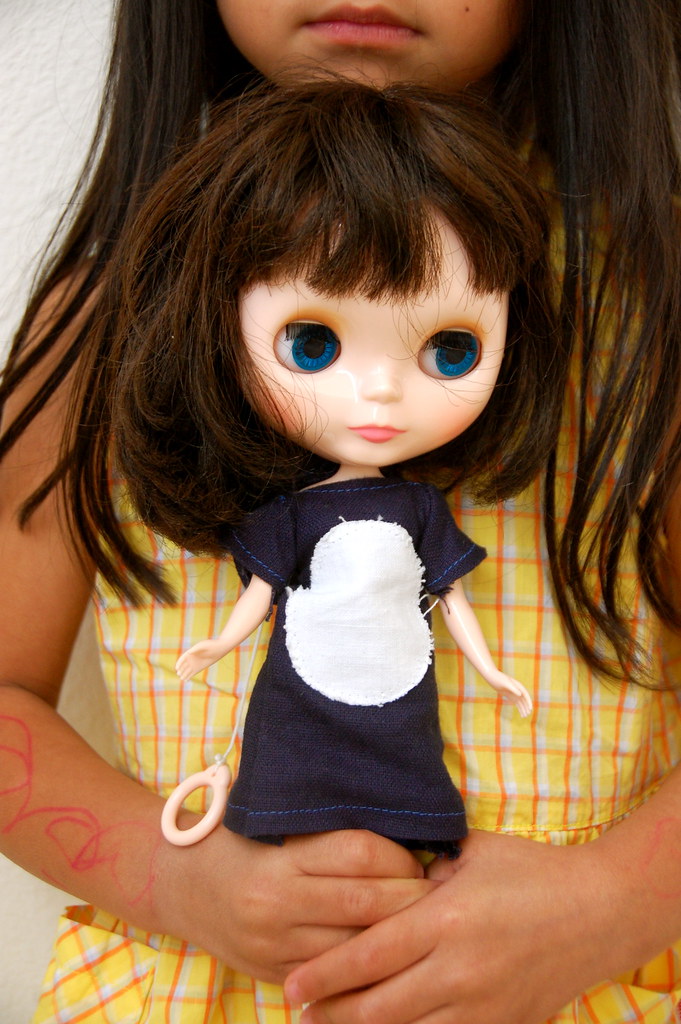 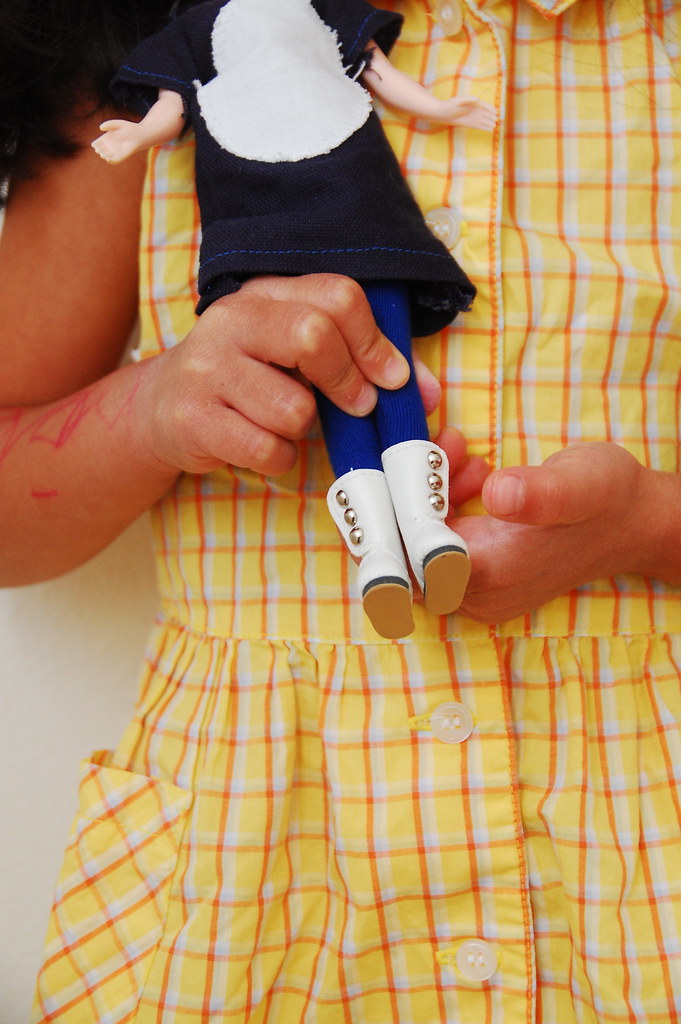 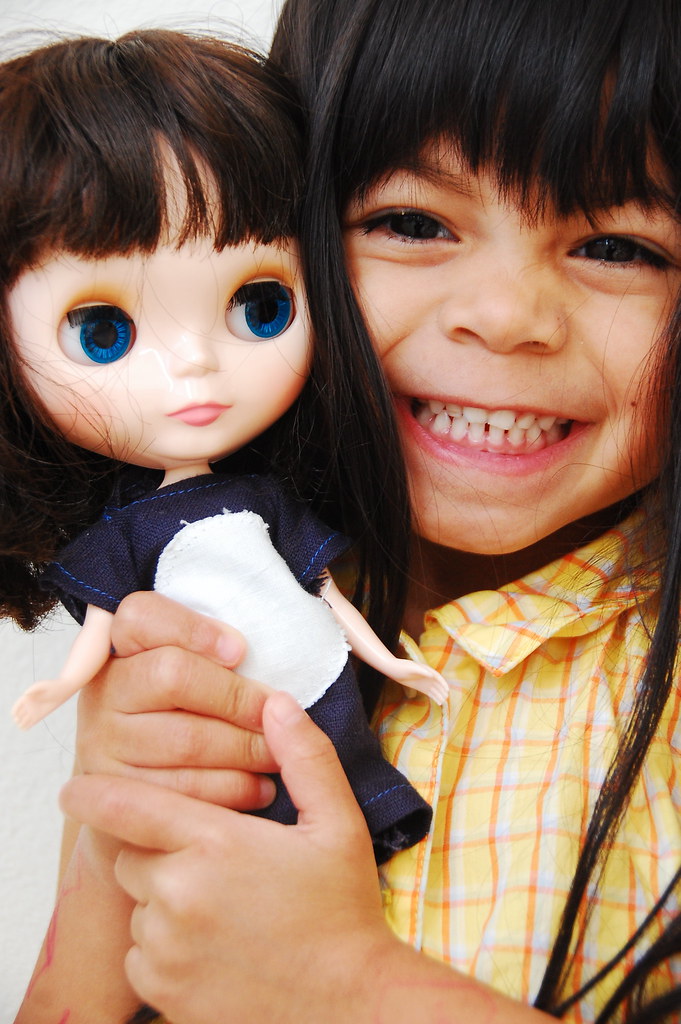 I was a bit nervous sewing something so tiny, but it didn’t turn out too bad. It was done rather quickly and with just the things I had on hand, so the sewing isn’t great. I used a navy linen fabric rather than a royal blue one like in the video and I didn’t realize until after that in the video it is more of a cream oval than a white one. The dress does the job and made True quite giddy, so that works for me.
I would eventually like to make a cleaner sewn version and in the right colors, but I will save that project for another day. After we were done sewing and watching the video again, we did track down some royal blue tights and white boots and got those to complete the whole outfit. You must see True watch the video as she sings along and her doll dances and sings along too. It is one of the cutest things ever!
Making more doll clothes are definitely in our future and thanks to Heather, I have a whole bunch of great patterns to use! And I really need to get on the doll clothes making cause it seems Brave has lost her blythe’s clothes, so her doll isn’t quite ready to make an appearance here just yet!
p.s. I think the doll kinda looks like True too!

for my little girl who loves spider-man

21 comments on “true and zooey (aka blythe)”