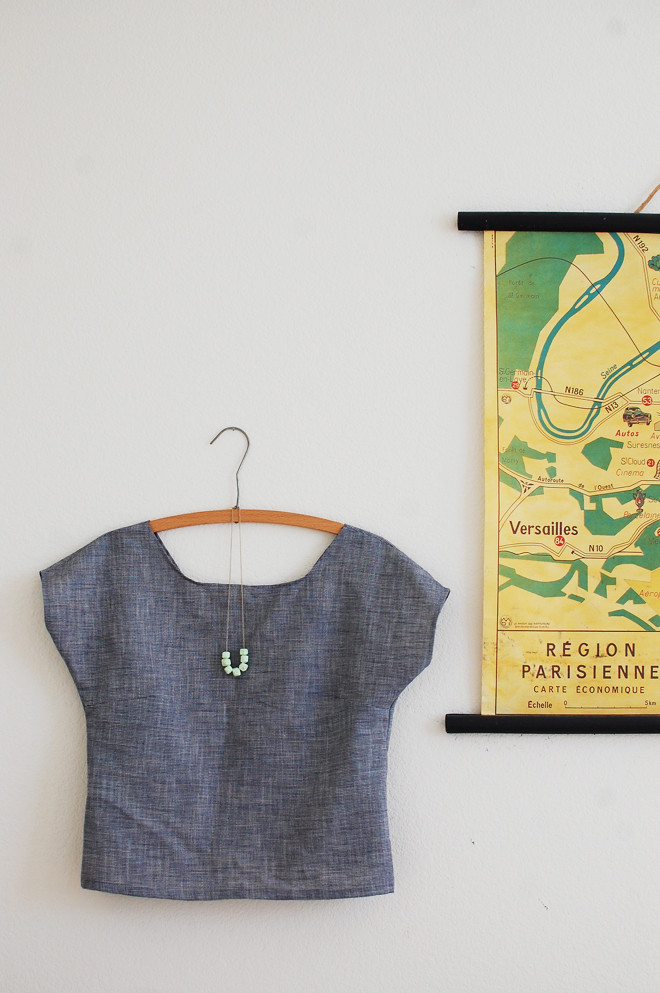 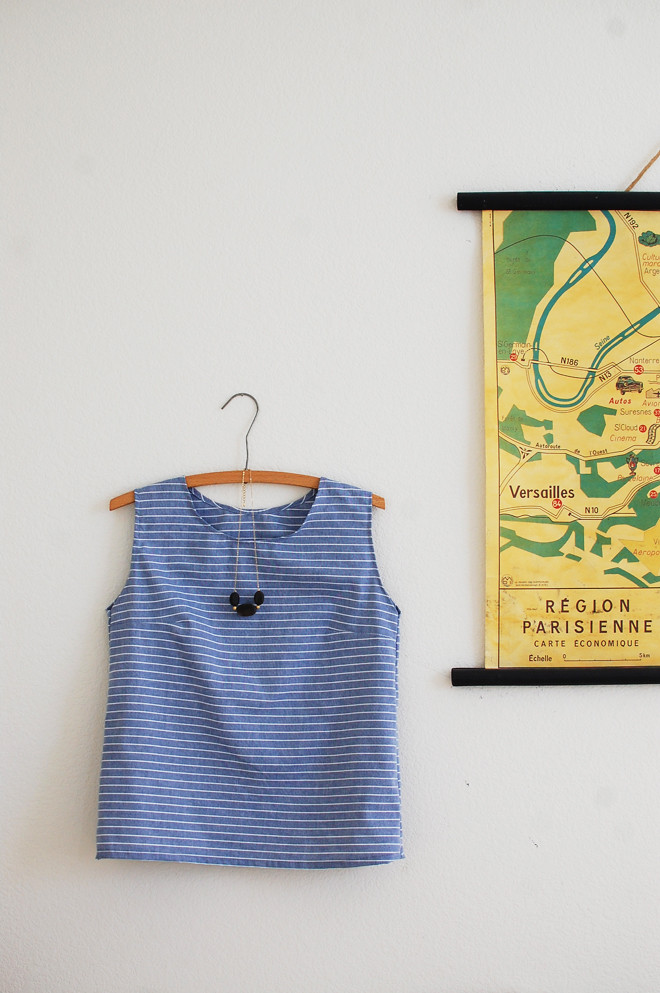 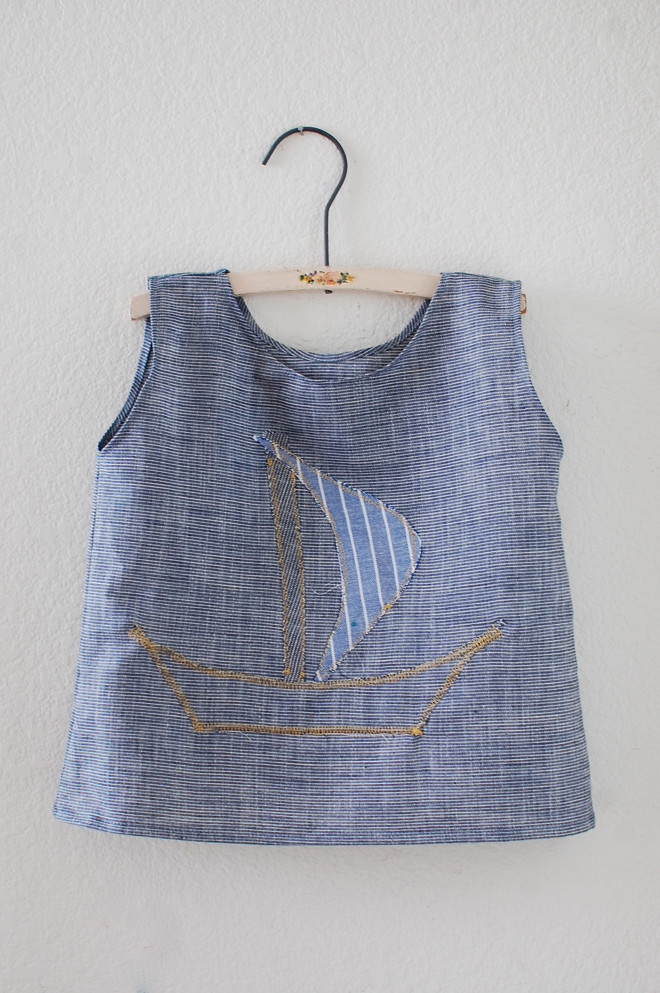 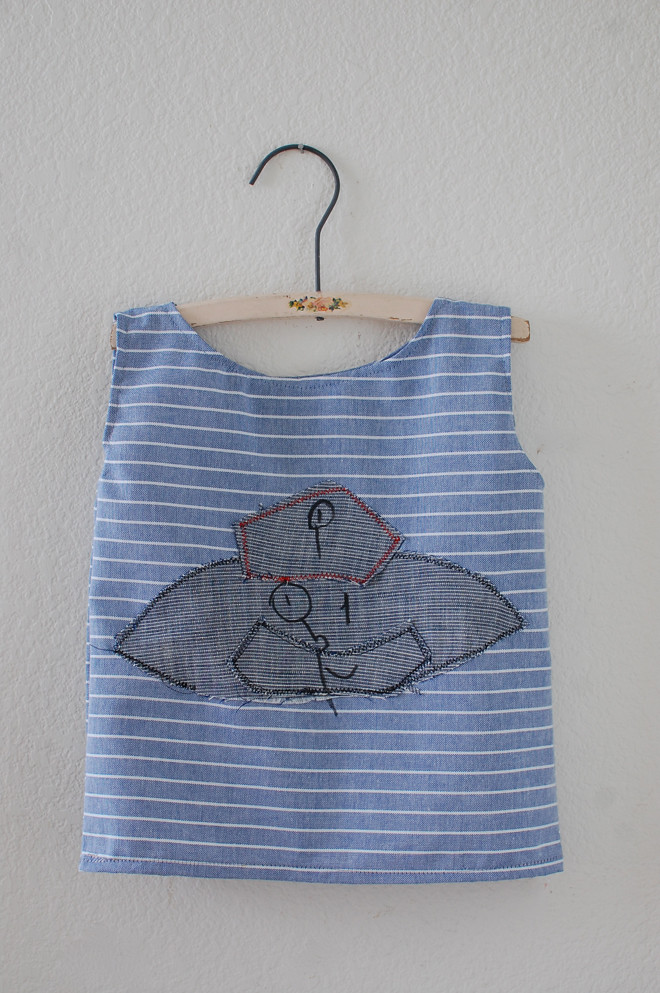 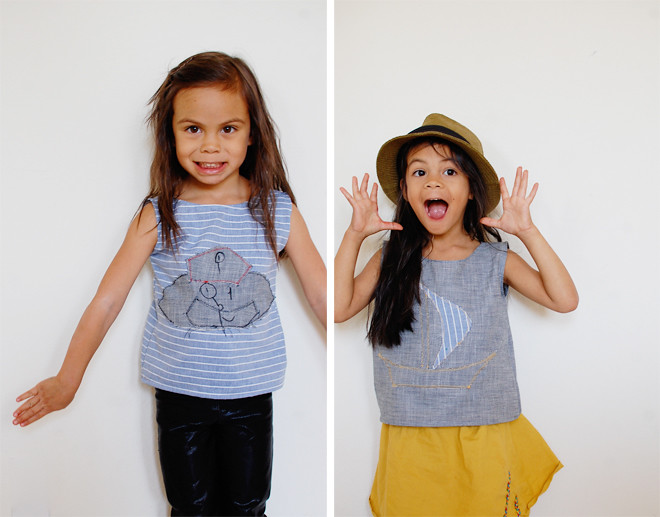 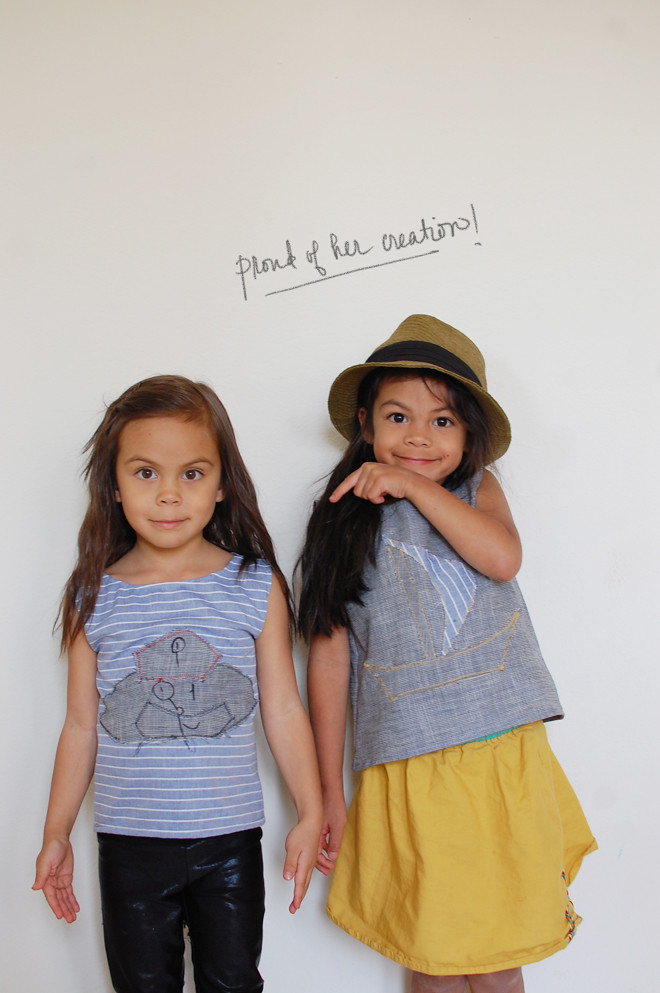 Last week, I was itching to make a couple shirts for myself and on that same day, saw that Rachel was making some and got the itch even more. Of course, I had a couple things I was working on last week (like this) that took up any free time, so shirt making got put on hold. Today I finally had some free time, the babies were napping, the big girls were next to me coloring, and I got to cutting up some fabric. I’ve been wanting some more plain simple tops to go with the pants and shorts I have been wearing of late and making is always better than buying. At least for me it is.

I just went for simple, boxy tops and didn’t follow an exact pattern, but just used a shirt (this one) I had and did something similar. Rachel has good tips here if you want to copy a shirt you have. I also added some bust darts to help give it a bit more shape. I really like the loose fit though and they just feel so comfy. I used some nice, striped, light-weight cotton and am so glad I have been hoarding this fabric forever because it was just what I was envisioning. Plus, stripes are so great, right?! I just know these shirts will be getting a lot of use. Naturally, after the big girls saw that I made two shirts for myself, they were bugging for their own. I had enough fabric to make each of them one, so the sewing continued.

Little things are much easier to make than big things. As I was sewing away their shirts, True was gathering all my scraps. After each shirt was sewn, she created a picture on each shirt using the scraps. I didn’t tell her to do this, she just did. She laid the scraps out on the shirt and told me how to sew them. I pinned them down where she placed them and sewed them on. For Brave’s, she asked for a fabric marker and then she drew a face! This oldest girl of mine is quite clever and Brave was so excited to be the recipient of not only a mama-made shirt, but a True-made one too!

It took more time than I had originally planned with the addition of two little shirts, but it was a good way to spend time with the girls and not only scratch my sewing itch, but it also scratched their creative itch too! Then when Ben came home and we were all wearing our shirts, he said, “Oh wow! You all have new shirts!” Yup. We were all so proud.

10 comments on “we made shirts”