The Adventures of Spider-Girl & She-Ra

They each had a clear vision of what they wanted to be for Halloween, they also made the decision for Glow. Brave’s costume was store bought and adjusted to fit her better and Glow’s was an oldie from True’s first Halloween. Soul wanted to be Spike from My Little Pony and True wanted to be She-Ra, so those two were made and those made up the characters for this year’s Halloween story.

We have been studying the five elements in a story (plot, setting, character, theme, and conflict) and together we wrote this little story. The bad guy was drawn by me in photoshop, but I copied a sketch True did. They named him and we worked together to develop the story. There was also some improv due to the fact the baby wanted crackers, but we think it all came together nicely. The girls are so proud of their acting and their story! The best thing is that they now know what the five elements of a story are.

If you want a fun resource for learning, check this site out! This song especially helped them learn the five elements of a story. This site has many more fun songs and resources to use for various subjects. Be prepared to hear your kids rapping the songs throughout the day! 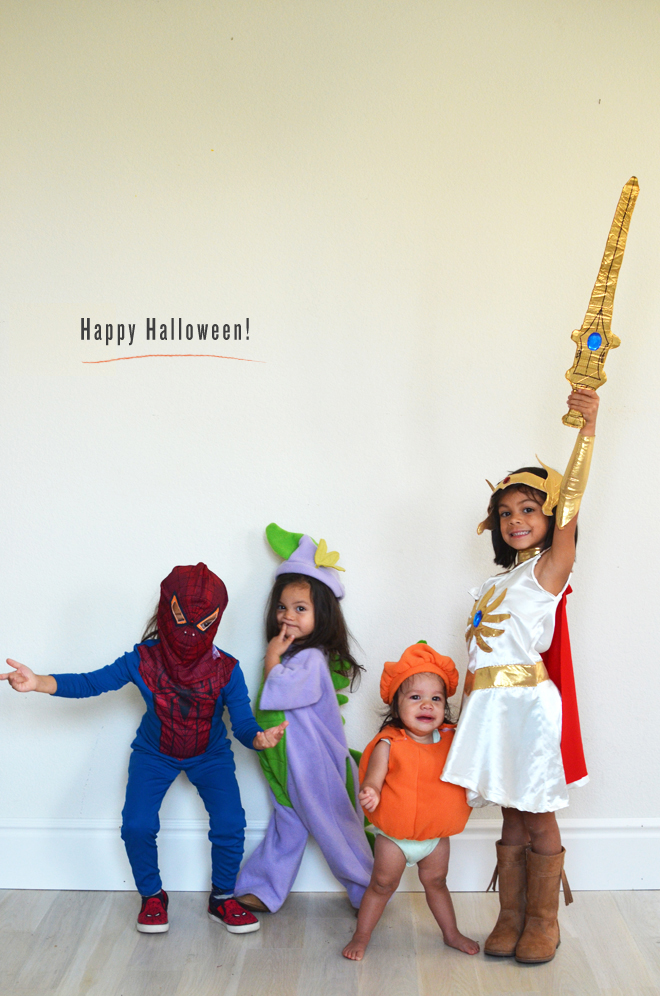 We have plans to head out in our neighborhood for some trick-or-treating and the girls also get to go to ballet dressed in their costumes. They’ve been doing lots of counting down for Halloween and they are pretty excited that the day is finally here. Happy Halloween friends!!! What are your plans for the day?

P.S. If you want to see the story larger, you can click here and zoom in or out. Check out past Halloween stories… barber shop quartet, The Three Little Piggies, Hannah and Gretel, The Untold Story of Oz, and Little Red Riding Hood, and when True was our only little pumpkin (in my xanga days!).

25 comments on “The Adventures of Spider-Girl & She-Ra”