in search of fruits and veggies 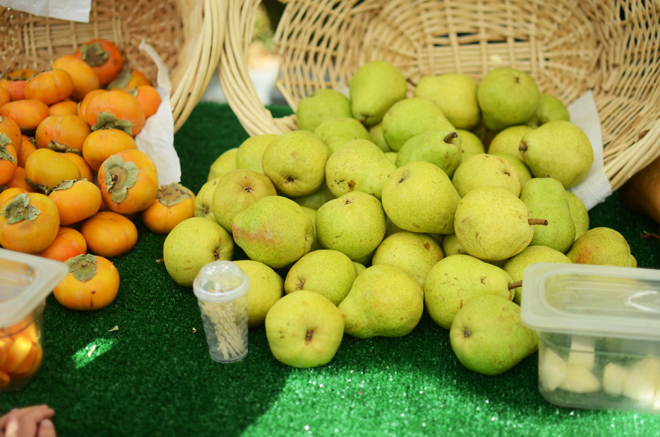 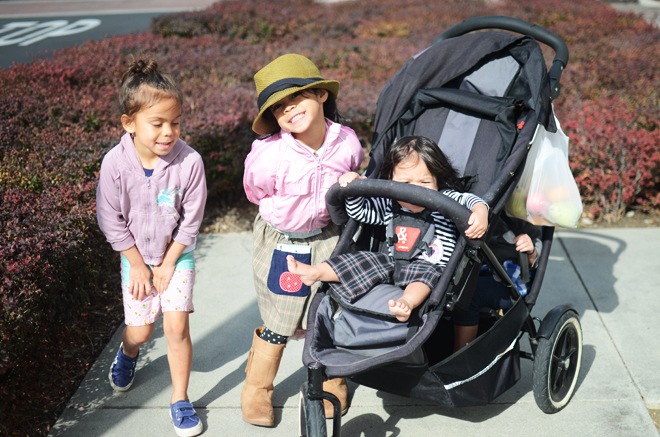 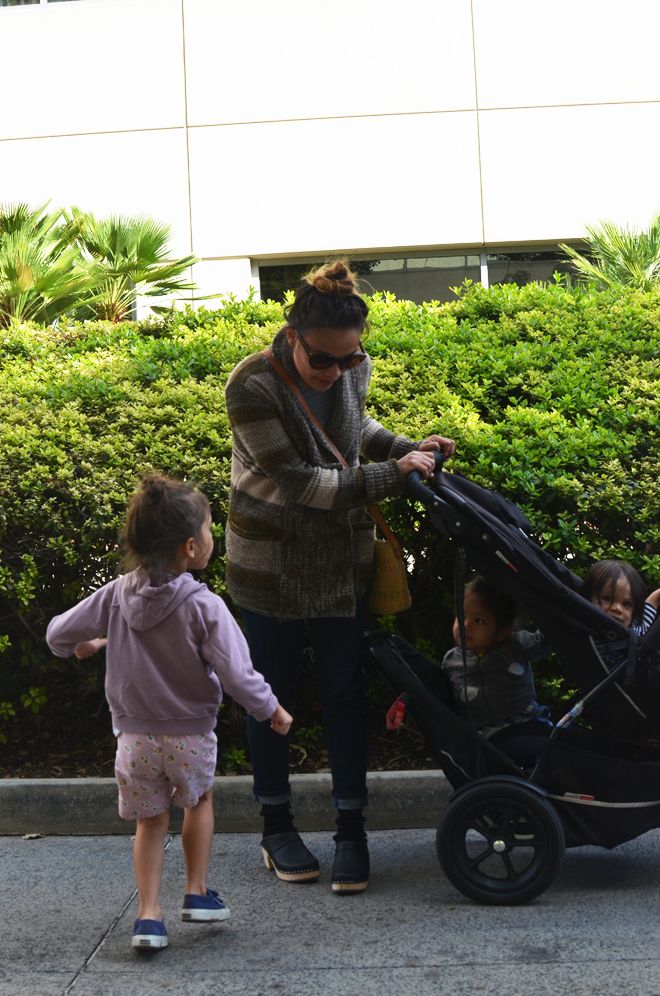 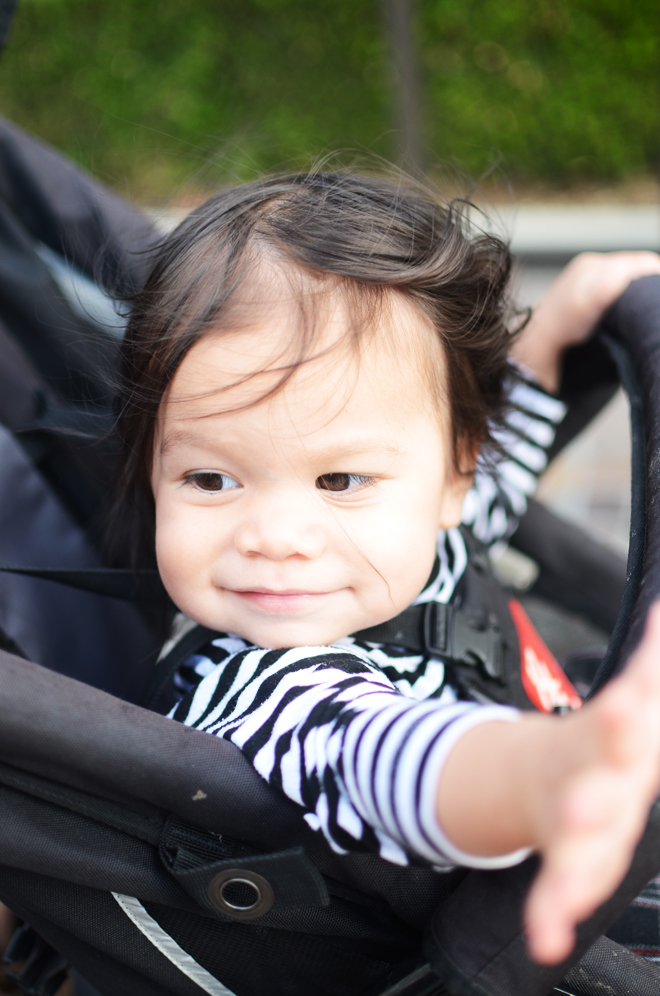 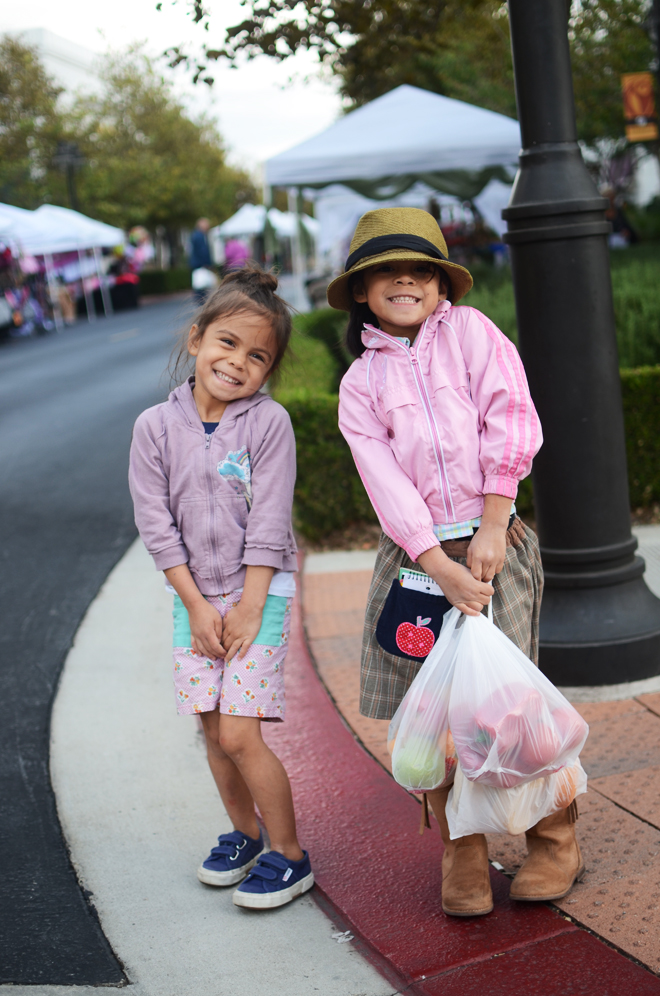 We went to a local farmer’s market a few weeks back and we came home with some goodies. Then, when Ben and I were in SF we made sure to go to the Ferry Building for their farmer’s market on Saturday morning and I think that was the mecca of farmer’s markets (maybe some of you would protest that based on your own experience). It was insane and intense all in a good way. A few days later, the election happened and the majority of California voted again Prop 37 regarding the labeling of genetically modified food , and it furthered more discussions in our home about how and where we get our food. We have talked about the CSA, but for where we live, we would have to pick up the box and it would be about an hour away drive (just one way), so it really wasn’t that convenient.

We mostly buy organic fruits and vegetables at the grocery store, but we wanted more options. Thus, Friday morning I told the girls to get dressed and we were heading out. We went to a farmer’s market at a local hospital, but when we got there, their options were sort of lame. There were 3 vendors selling fruits and veggies and only one of them offered organically grown goods. We all piled back in the van, and then headed to the farmer’s market we visited a few weeks back.

The girls were excited to go back to that one because they had the vendor who sold fresh pita bread and hummus and it was just about lunch time, so it was something we were all craving. We got our lunch, loaded up on some fruits and veggies and then made our way home. We’re going to try to make it a goal to go every Friday. The price for organic produce is reasonable and it’s another reason to get out of the house and get the girls involved in picking fruits and veggies.

I wore my clogs from Lotta from Stockholm and they seemed like the perfect farmer’s market uniform. Also, when going out with all four we get lots of little smiles, probably because people think I am crazy to have 4 kids (BTW- I think I’m crazy too!) and they’re always surprised to see another little one hiding in the back, bottom seat. To aid in going out and about, we use the Phil & Ted double stroller. It makes it so much easier to tote the 4 around; two sit and two walk. It’s great! We have been using it for about 5 years now and I can attest to it’s durability and ease of use. This is just some FYI for any of you needing a double stroller.

I’m curious, how do you shop for your fruits and veggies? Do you prefer organic or does it not matter? If you’ve tried out the CSA, what are your experiences with it?

21 comments on “in search of fruits and veggies”