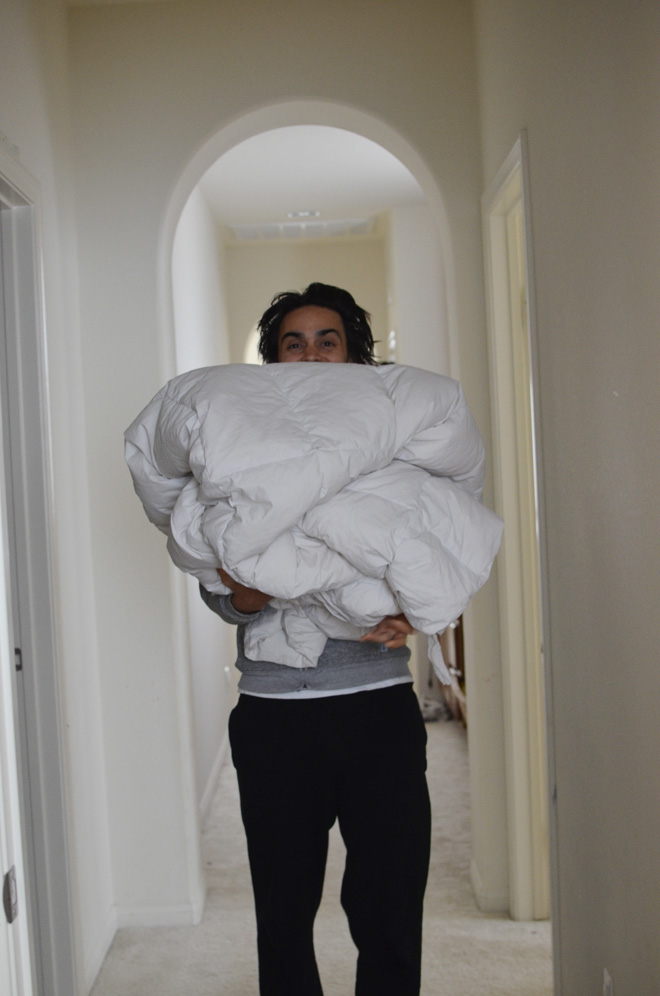 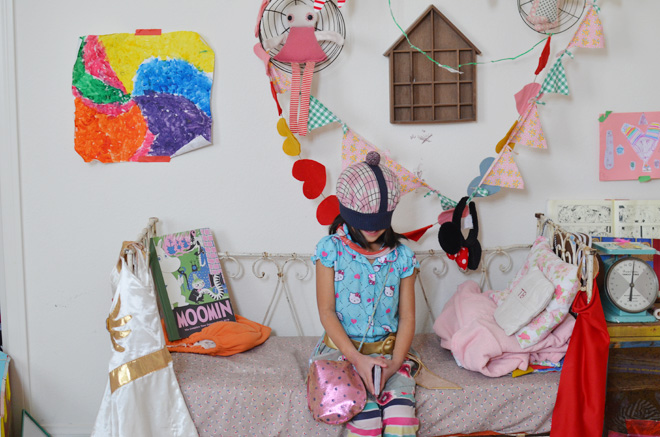 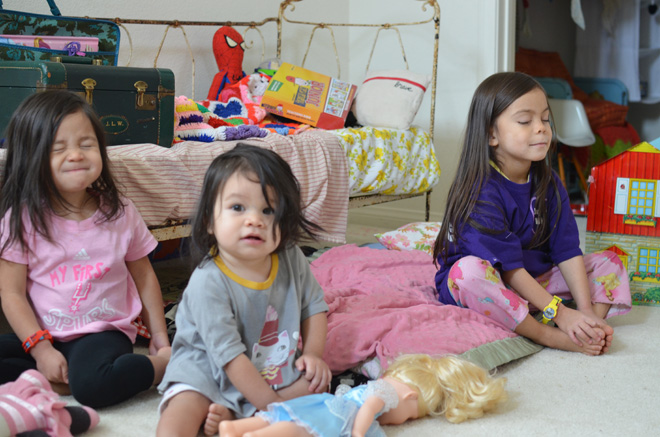 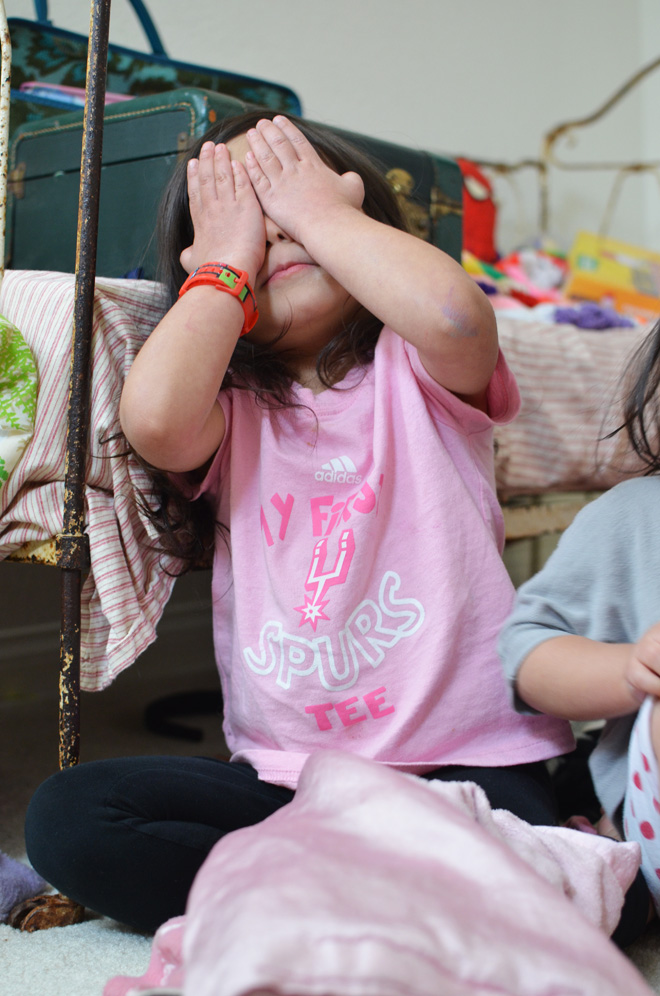 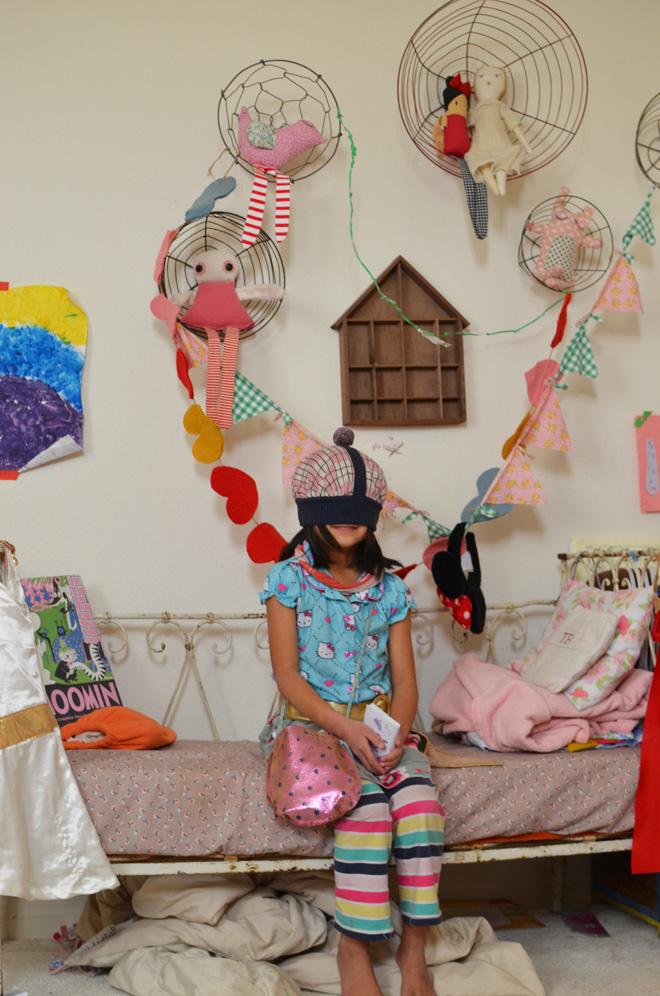 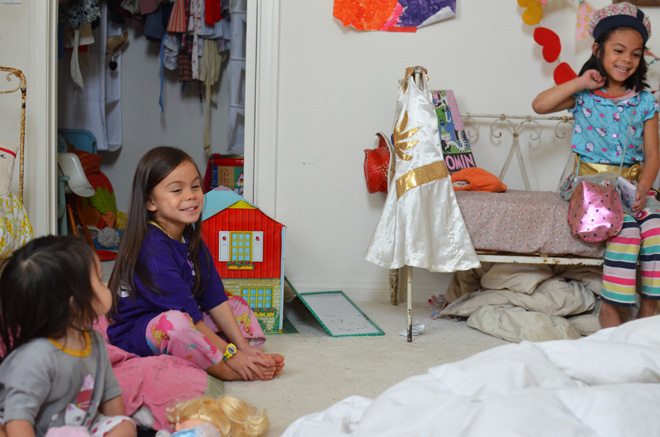 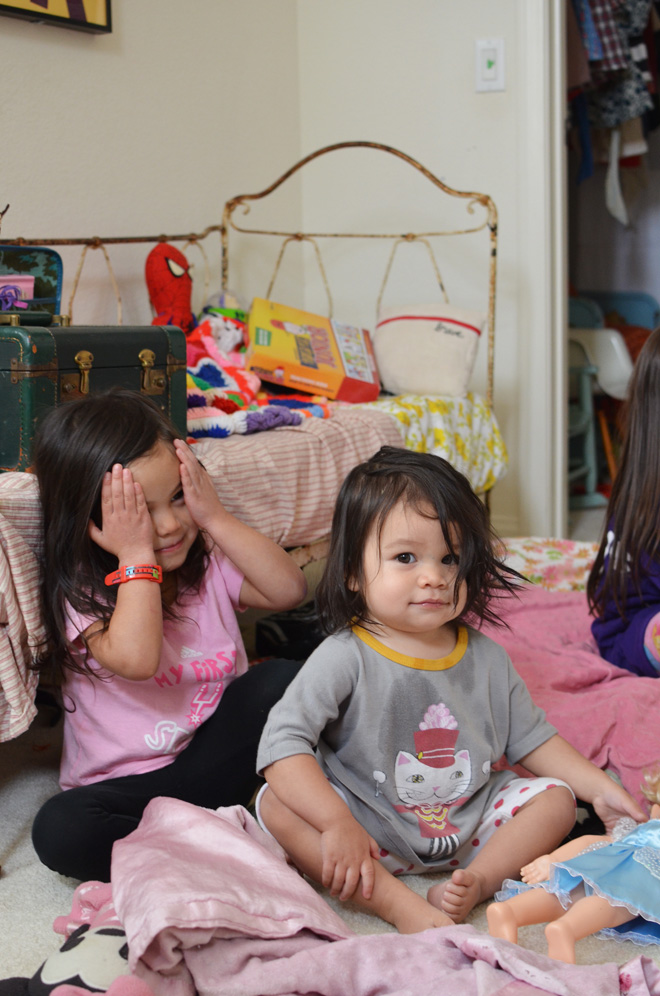 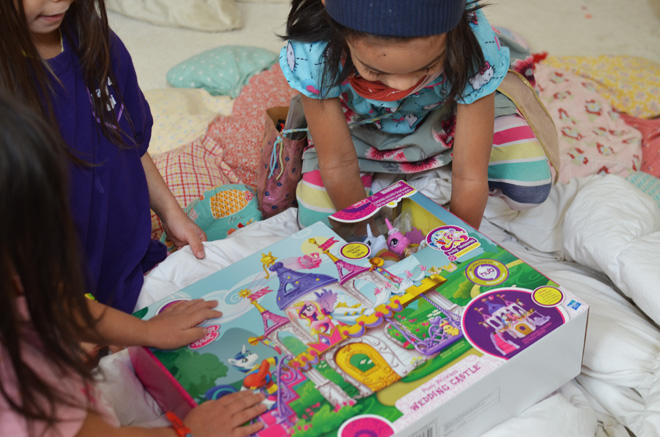 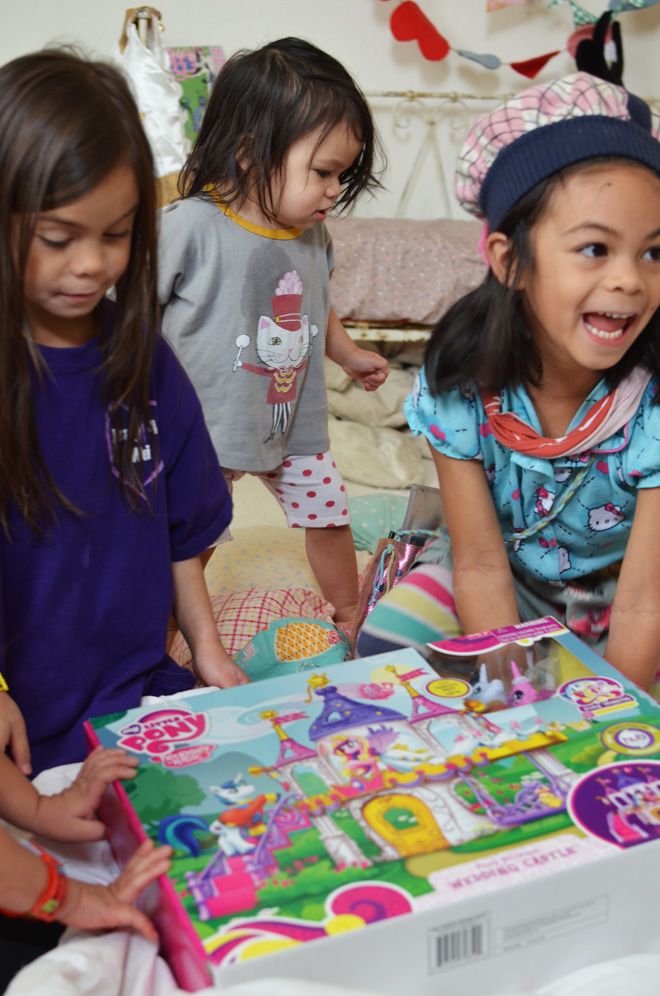 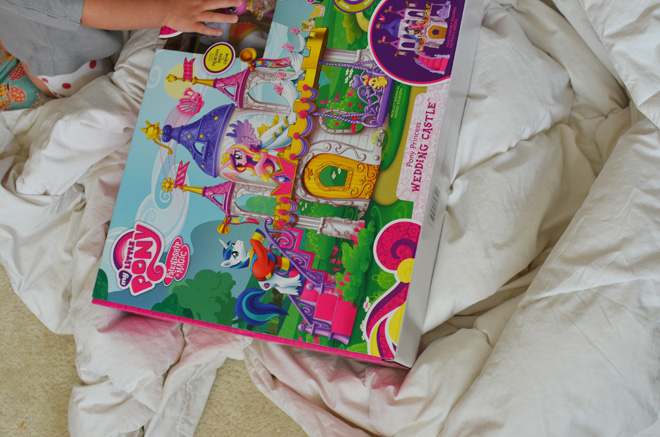 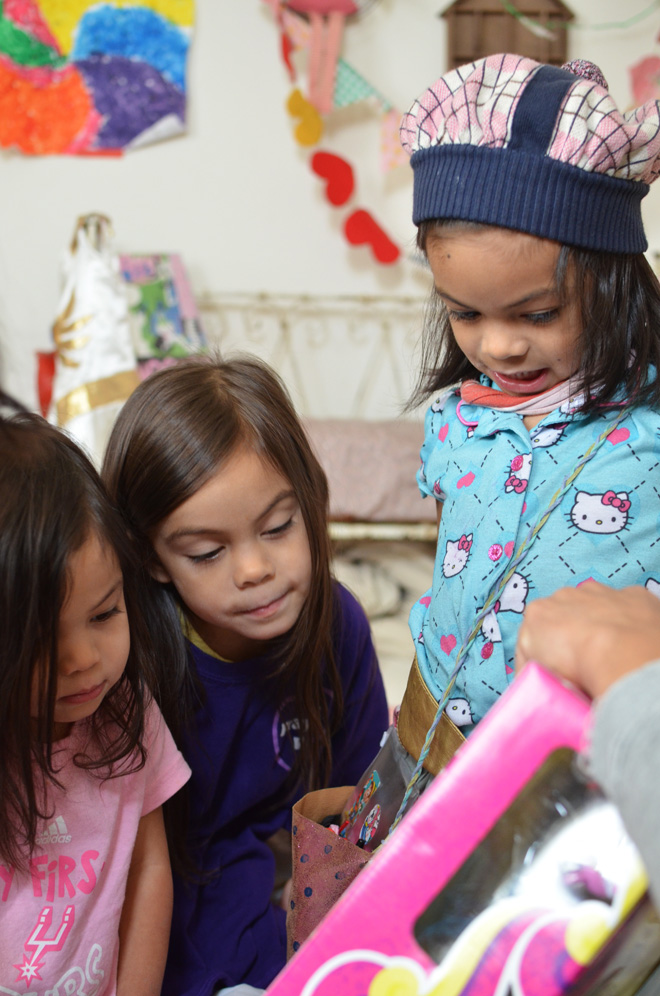 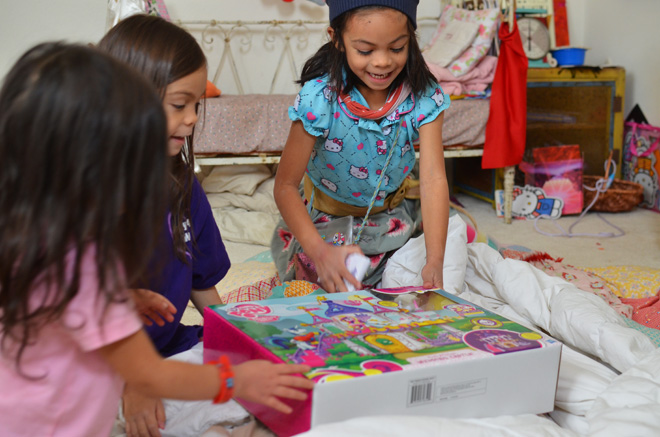 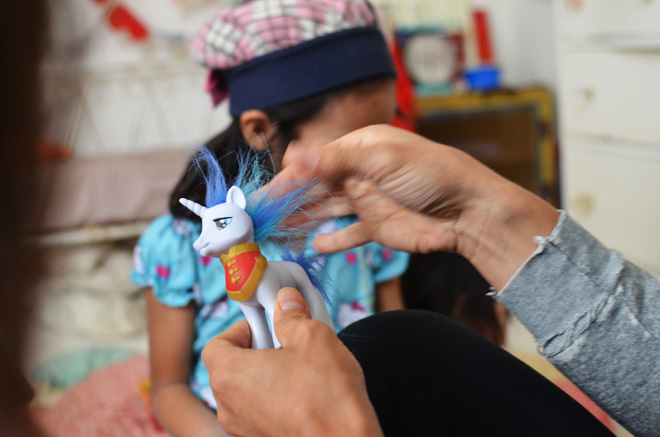 Obviously, Ben has a soft spot for his girls. He has 4 little princesses after all. He isn’t one of those dads that tend to spoil his girls like crazy, but he does like to indulge in giving them a special treat once in awhile, and usually those little treats involve My Little Pony. He worked late one night, then made a stop at Target to get a few necessities, and I notice this big bag with a box that was obviously not a necessity. I gave him this look, but then he told me it was for Valentine’s Day, which I thought was cool and saved me from having to figure something out.

Next thing you know, two days later, he’s telling them once they get all their responsibilities done, they have a surprise. He tells them it’s an “Early Hearts and Hooves Day,” which is what they call Valentine’s Day on the show. I just kind of did an internal giggle. My dude could not wait to give them their present, especially when it involves the ponies. He wrapped it up just like how the girls wrap up presents for us, in a blanket, and all four (well, more like three) girls were anxiously waiting in their room. When their surprise was revealed, their faces showed absolute elation. They got the My Little Pony castle and they pretty much have been playing with it everyday since. They can spend hours playing with their ponies. It’s pretty amazing how long they can play with them. Naturally, there has been fighting here and there because kids still need to learn how to share, but for the most part, they play together. I totally loved seeing the girls get excited, but I especially loved seeing how giddy Ben got to give them their present. He totally loves all his girls!

Are your kids My Little Pony fans? They love all the cartoons and Ben loves watching it with them. It’s a pretty clever show from what I hear.


chillin’ in a minivan