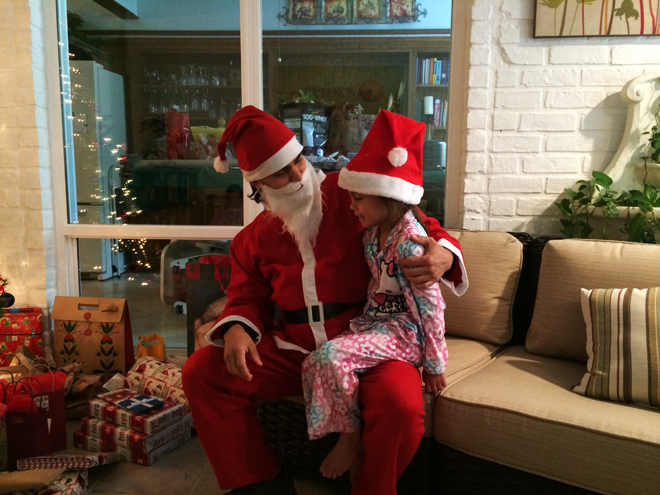 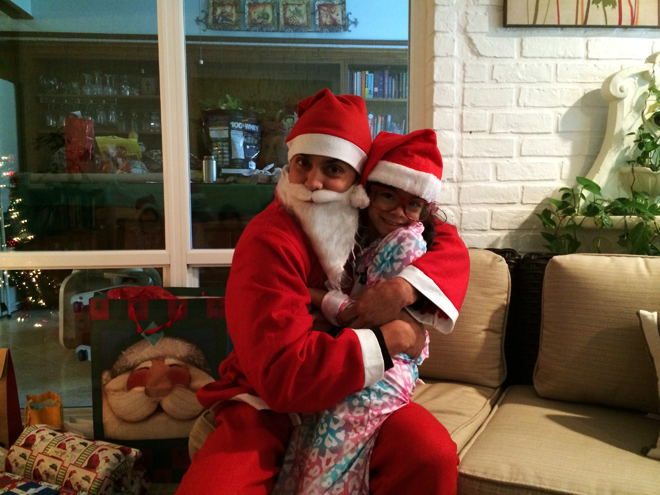 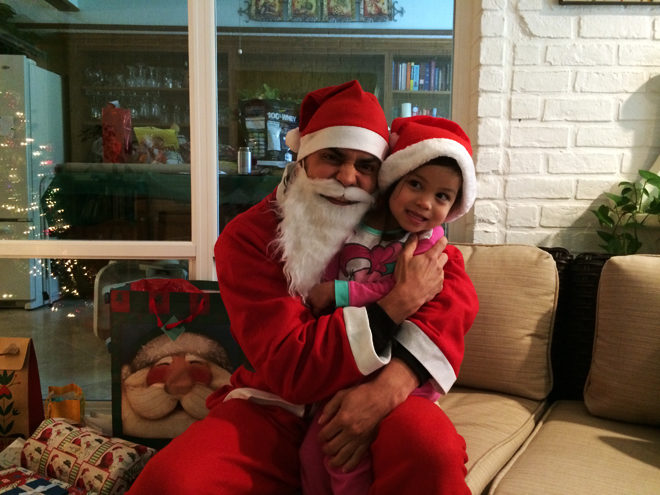 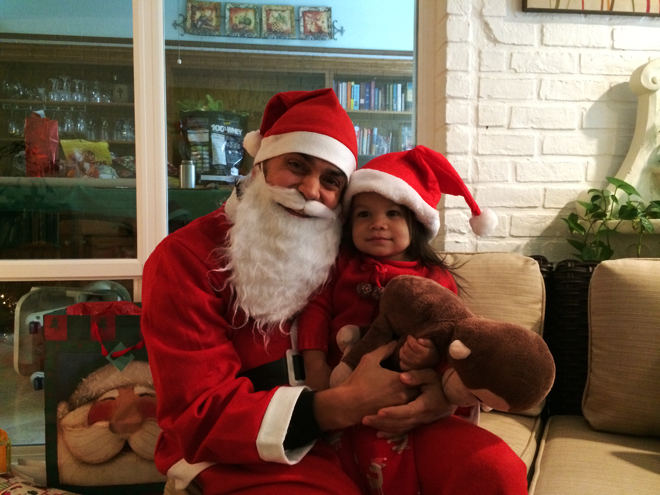 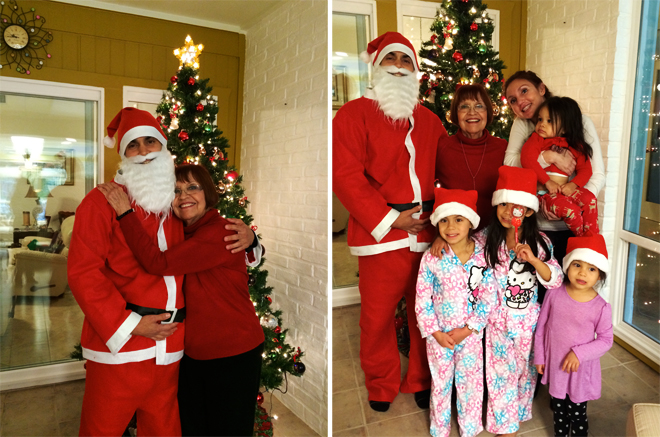 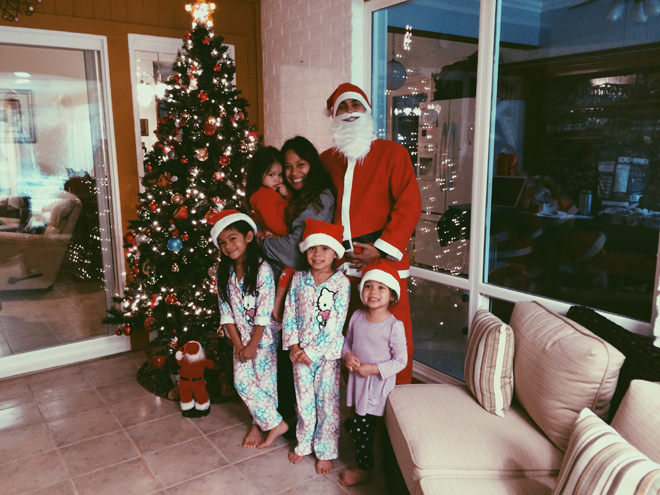 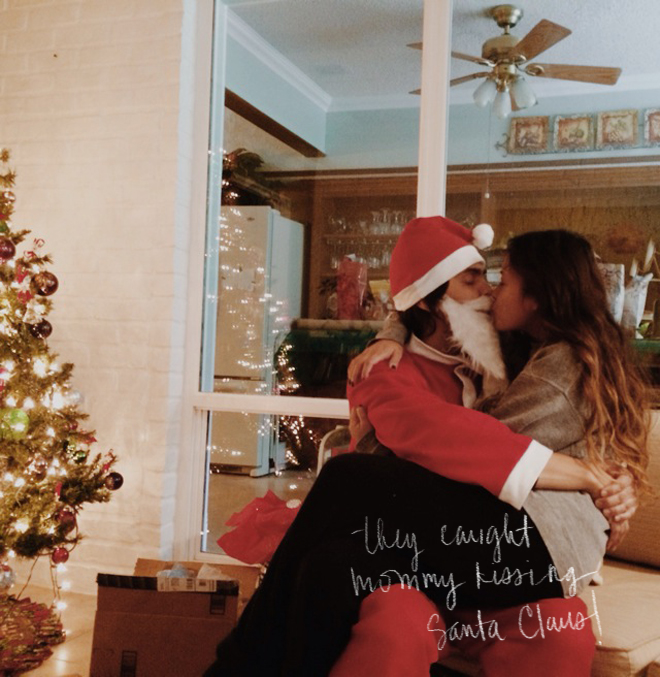 On Christmas morn, Papi Claus surprised the girls (and Ben’s mom and sister) with a visit and joined us for all the merry festivities! He came in the room with sleigh bells jingling (from his iPhone) and was the one to pass out the gifts to the family. It was absolutely hilarious! Plus, Papi Claus was cracking lots of jokes, so we spent a lot of the morning just laughing and laughing. Glow was a little nervous, but she did eventually make her way to him, and Soulie was completely convinced that Ben was in the shower the entire time Papi Claus was with us. Believe it or not, the big girls were fooled too and didn’t realize it was Ben until his hat fell off.

Ben had been wanting to dress up as Santa for a few years now, but every year, we never remember to buy a costume until the day before Christmas, which is too late to get one by then. The local Japanese dollar store had the costume for only 5 buckaroos, so when I saw it, I scooped it up. This year, we were prepared! The costume isn’t the best quality, but it did the job, and it’s still good enough to last us a couple more years (and maybe more!). The big girls went hunting for the costume after Papi Claus left, but we hid it, and it won’t make another appearance again until next year when Papi Claus comes back to town. It was absolute fun to have Papi Claus join us that I think we just started a new family tradition!

What are some of your family Christmas traditions? Anyone dress up like Santa?

dollhouse pillow on a beautiful mess