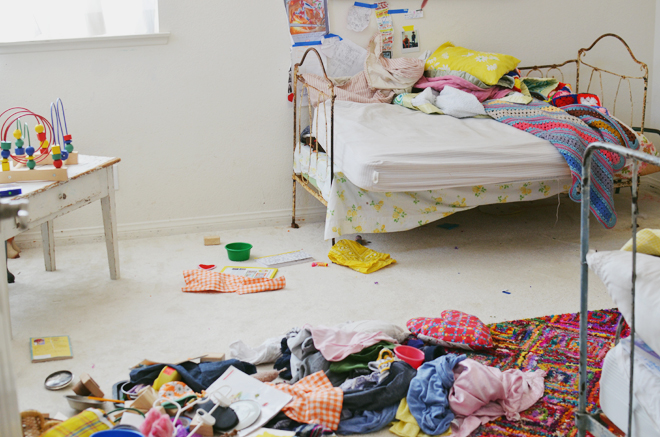 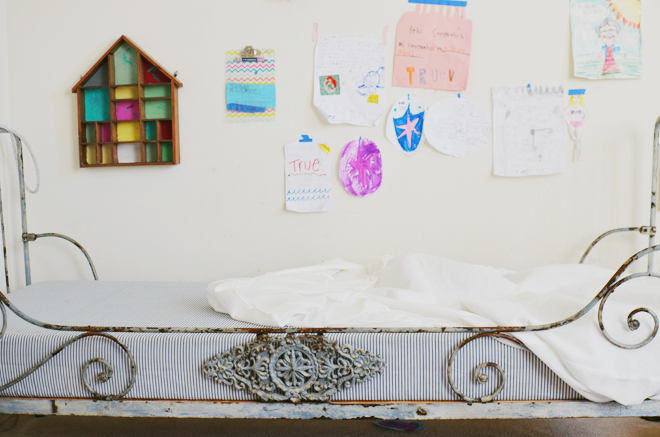 This is what it looks like before I get to tackling it. I was feeling really frustrated (because I just cleaned it last week), so I just snapped one picture, but this is what their room looks like 6 and a half days a week. It’s only clean for half the day after I clean it, so I guarantee it will be looking back like this tomorrow.

The striped mattress (seen above) is for True’s big girl bed. We bought her a vintage French iron bed, and since it’s old and not a standard measurement (almost a twin, but a little bit more narrow), we had to get a custom mattress made to fit it. We did a lot of searching, and decided to get an organic talalay latex mattress for her. There’s not many places we can go to try one, so we read a lot of reviews, and took a risk ordering one online. I decided to order one from Foam Factory, since they were able to make it custom, had the type of mattress we wanted, and were priced reasonably considering (this is the one we purchased). It came in pretty quickly and we had Ben sleep on it for the the first few nights to test it out (he’s picky about mattresses), and he really liked it, so then we moved it on to True’s room. She’s been using it for several months now and has had no complaints, so I take that as a good sign. It’s True’s bed, but sometimes she will invite Soul and Brave in too, and it’s so adorable to see them all cuddled in together. 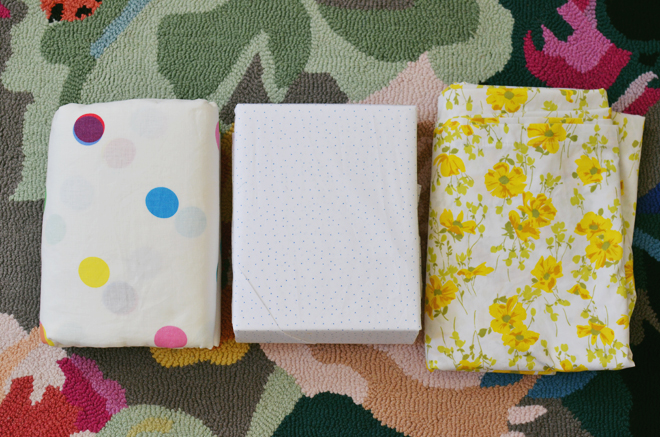 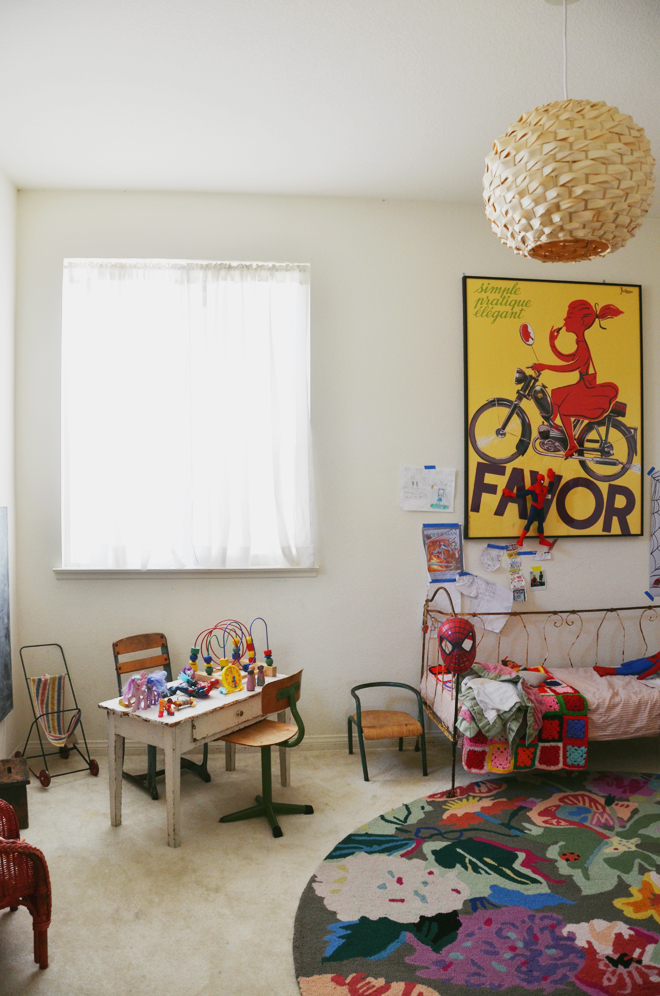 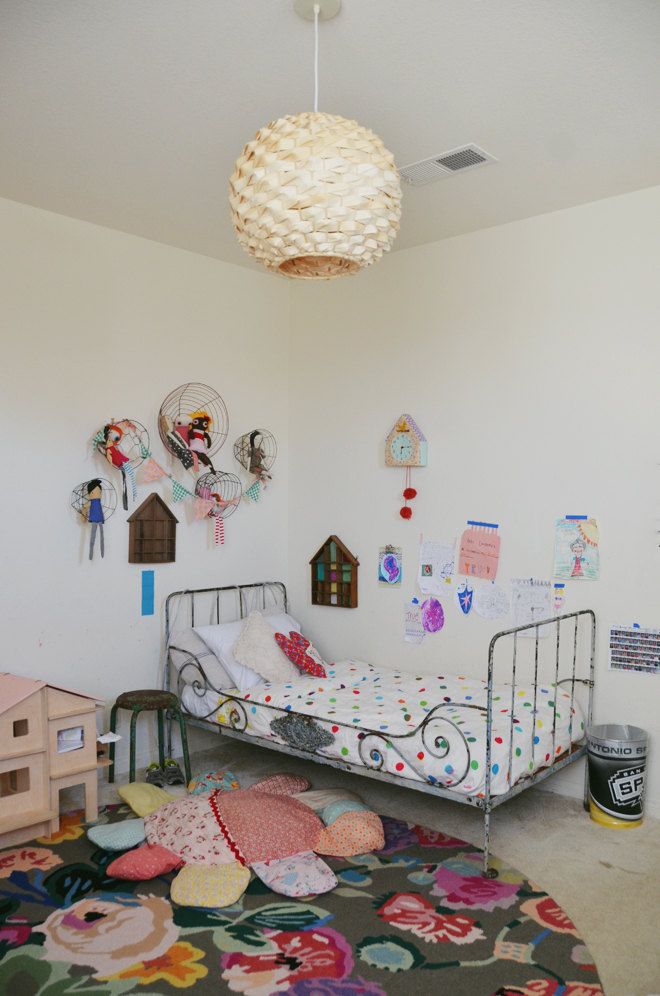 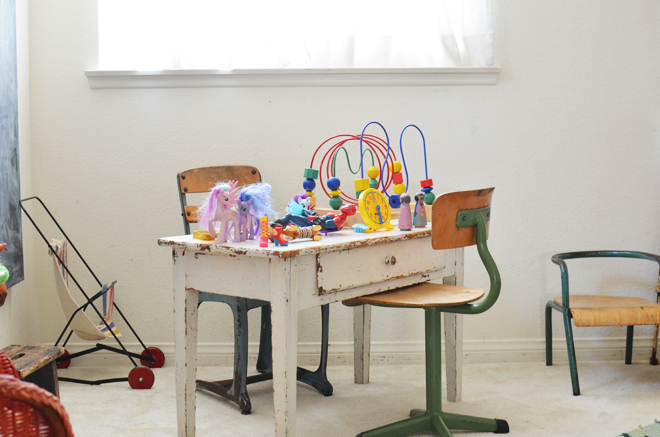 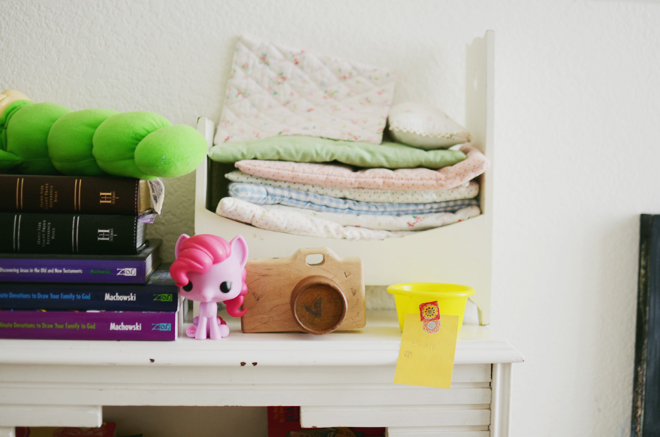 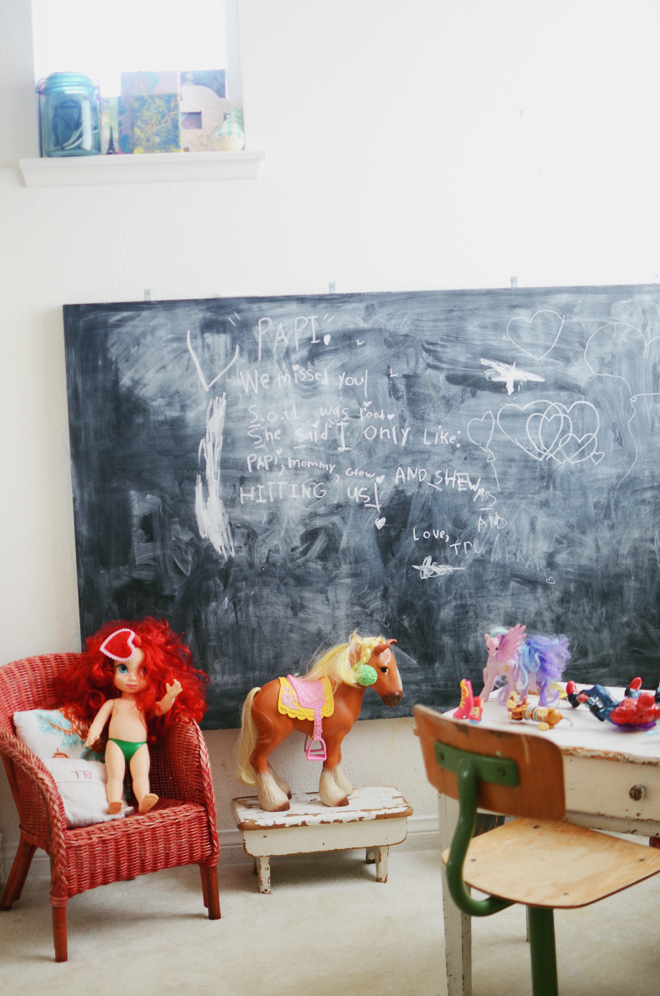 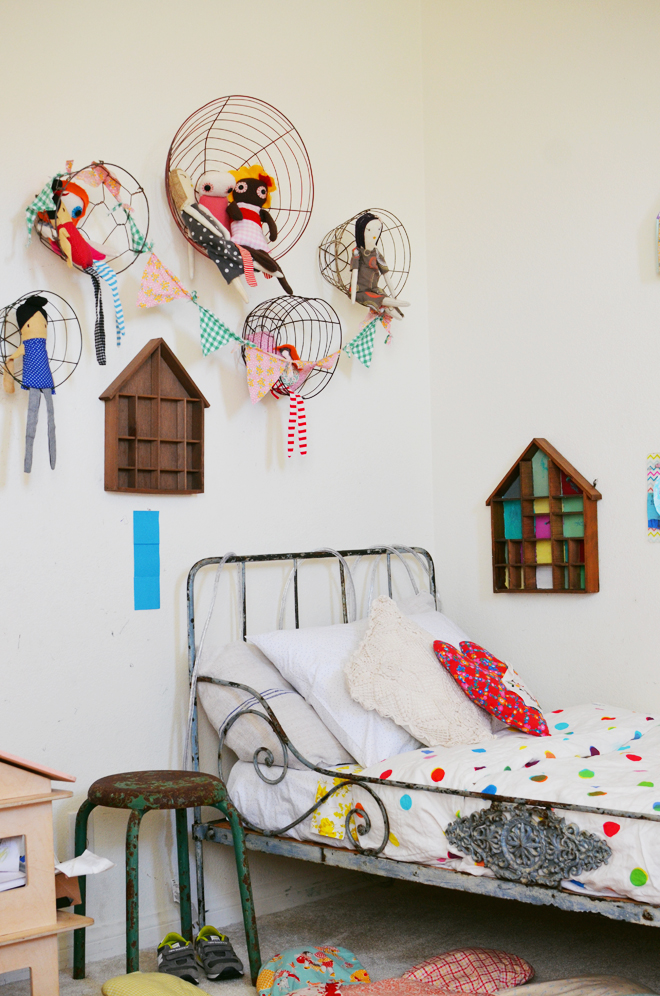 True’s bed had random sheets on it for the past few months because I wasn’t sure what direction to go with for her big girl bed. Floral? Stripes? White? I just had no clue.  I really wanted to order this cover, but she (and Ben) said it had too many flowers, and I guess with the floral rug in the room, it probably would have been way too flowery. To get the ball rolling, we took a trip to IKEA and I let her pick out something she liked, so she went with the colorful polkadot for her duvet (it’s discontinued at IKEA, so we got a queen sized one and I hemmed it down to fit). We chose a smaller polkadot for her fitted sheet (this one’s from Target), and then we used a vintage floral one for her flat sheet. It’s still kind of random, but now intentionally unmatching is matching, right?!

With her bed having new bed sheets, but the rest of the room being a mess, I was really itching to clean, so while they were working on a history project, that’s what I did. It’s been awhile since I did a room tour (see some past ones here, here, and here), but there’s been little changes here and there. Lamps.com contacted me to see if I wanted to try out one of their lights, and I was pretty excited because I had already been eyeing this one from them. It’s made by Feiss and I love the look of the woven bamboo; it’s perfect for their room. When it’s on at night, True likes to stand under it while acting all pizzazzy and say, “I’m in the spotlight!”

True and Brave are older now, so they have their own likes, and that definitely shows in their room. Each of them have created their own gallery wall of stuff by their bed, their favorite toys are out, and they even have their favorite sports team represented too. There is also a small mattress I pulled out of frame that is usually on the ground for Soul because she sleeps with them too. This isn’t her room as she technically shares with Glow, but I haven’t been ready to put them together yet. I have this feeling they would keep each other up and not sleep, or wake up super early together, and not let the rest of us sleep.

We are now looking for a big girl bed for Brave, but it will probably take a couple flea market trips until we find the perfect one. Then, her current one will get moved to Soul and Glow’s room. I’ve learned to chill back a bit and just let them do what they want with their decorating ideas, so there’s also a lot of random things displayed, but it’s a reflection of them and what they’re into at the moment. It’s a kid room after all, so it works for me. My only wish is that it would stay a bit cleaner most days, but I’m guessing this is normal kid stuff too. By the way, isn’t True and Brave’s note to Ben on the chalkboard, so cute and funny?! Oh my Soul!

fm in the am