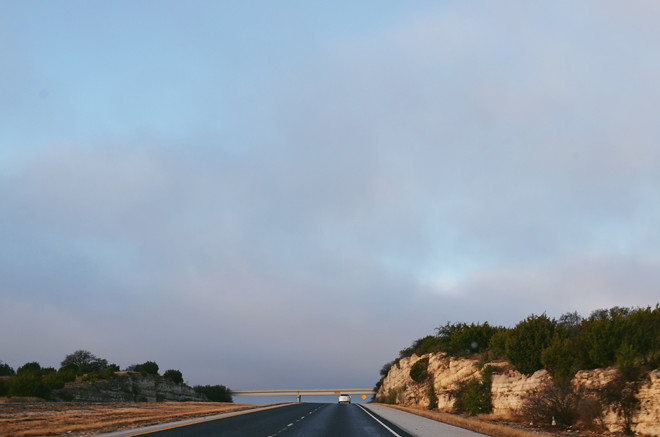 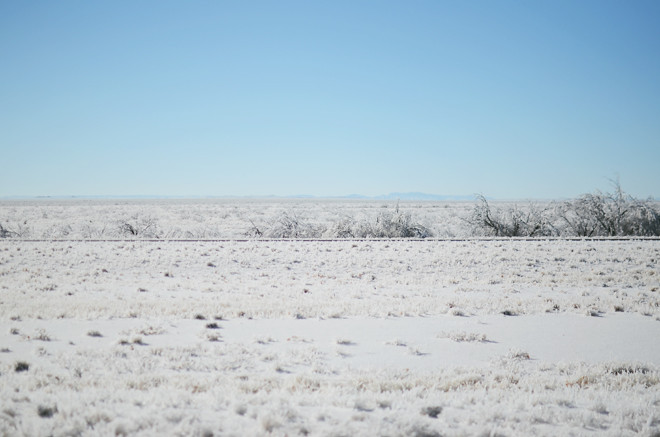 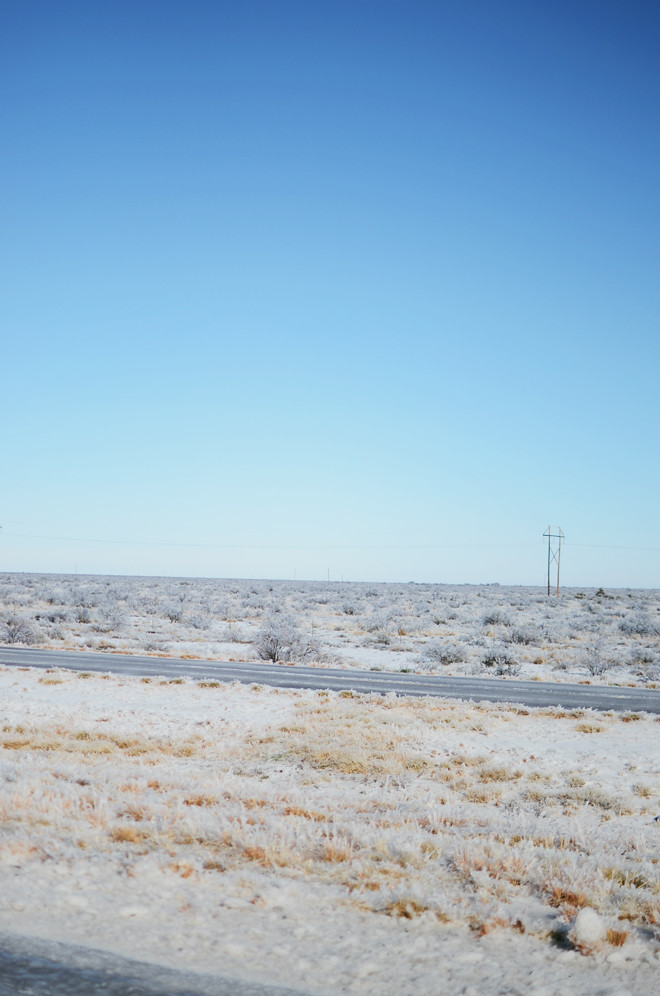 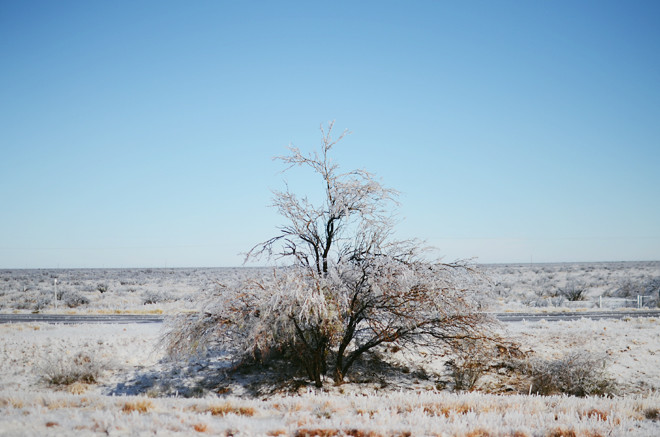 Things are slowly getting back to normal here after Winter Storm Frona threw our plans off a little bit. We took off from San Antonio, Texas for home early morning New Year’s Eve, but an hour out and we hit traffic. No one was moving, then our car died. Oye! Ben and I tried pushing it to the side (it’s 25 degrees F outside), and someone saw and offered to find jumper cables from another car. They came back with jumper cables, and did all the attach here and attach there stuff, and our car started. Phew!

Traffic was still stalled and there didn’t seem to be any police activity going on, so Ben braved the weather and walked up half a mile to figure out what was going on. Turns out, a large truck was crossing the bridge, but since it iced over, started to skid and just stopped. Thus, everyone else behind them just stopped. Once Ben relayed the message to some of the cars ahead of us, things started moving until another truck stopped, so we were stuck again. We were talking to the Fedex guy next to us, and word was that all the roads, not just the bridges, were iced up ahead. After contemplating a few things (and praying together), in the end, we thought it best to turn back around to San Antonio.

Seven and half hours later, we were back at his mom’s house. We were exhausted since we had woken up at 3:30am, so we ate lunch and took a nap. Once we woke up, Ben studied the weather and traffic reports online, and we were glad we made that decision to go back to SA. We left everything in the car because we didn’t want to unpack all the junk we put in, so we lived out of a little bag and one change of clothes. Though we pretty much stayed in our pajamas the whole time.

The following days the weather got worse, so we were happily stuck in San Antonio for a few more days. Ben took care of work stuff, I got through most of my emails, and the girls got more Spanish lessons in with their grandma. Our usual NYE plans were changed, but we were with family safe and sound, so we had lots to be thankful for. Anyway, all that to say, we never made it home until about 1am Sunday morning (We left Texas at 6am Saturday morning), and here we are.

We had a wonderful time in Texas. I was able to get some girl time in with his sister, Ben and I went on a couple dates, I even got alone thrift shopping time, and of course lots of family time with jokes and home movies. I’m still trying to get the house back in working order, as we purge through the toys to make room for the new ones they got, and of course unpack and put away all the clothes.

The pictures above were from Saturday when Frona moved onward, and we were finally able to make it westward. She left Texas looking quite beautiful with the dust of snow and ice, though it was very sad to see the many overturned and stranded vehicles on the side. I think Frona is hitting the east now, so I’m hoping you all there are staying warm and safe! 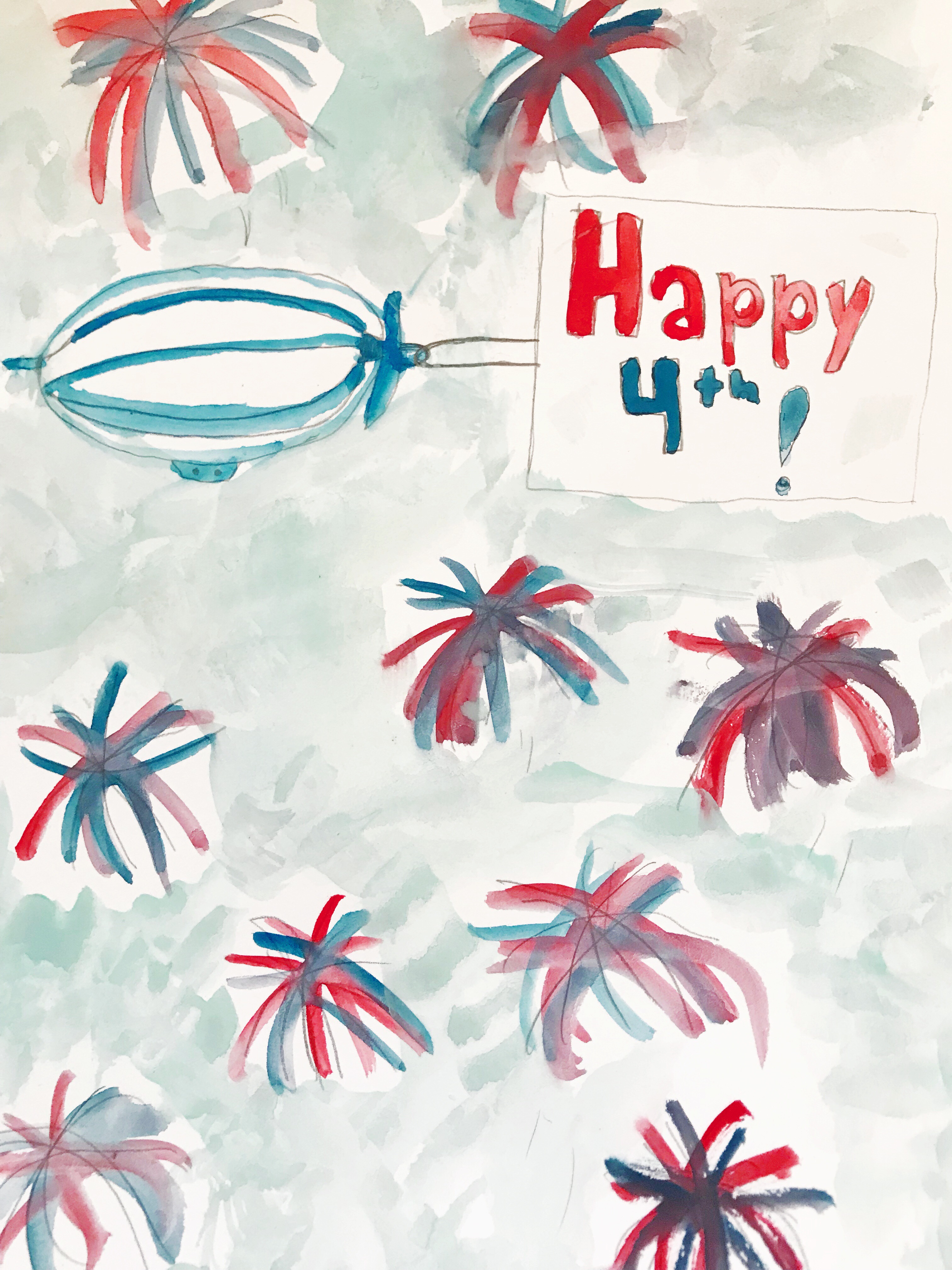