I met him when he was 26 (I was 19) and now he’s 36! Time flies…
Saturday was Ben’s birthday and he had the traditional breakfast in bed and I made him his favorite omelet, well at least I think it is because I make it year after year and he hasn’t complained. True drew a little family picture to accompany the meal, but rest assured the rest of the family was drawn on the back of the card! 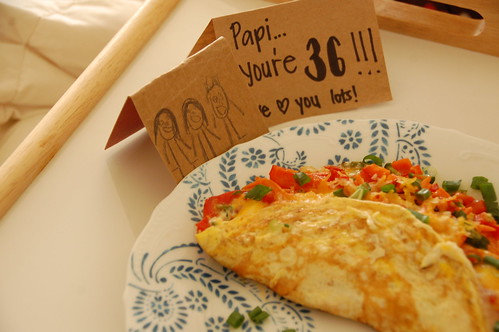 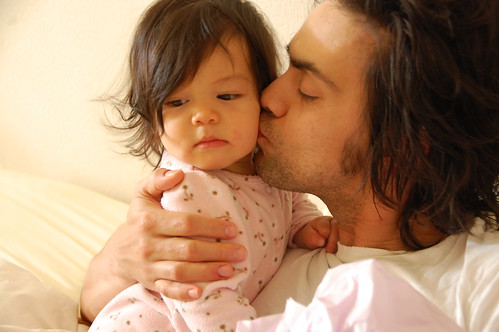 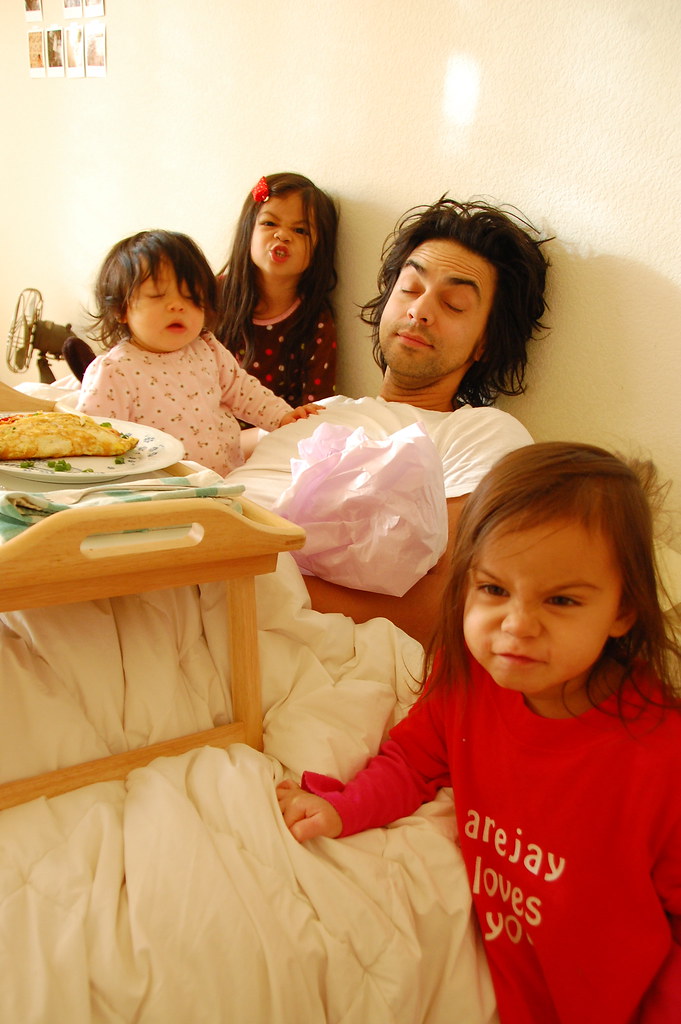 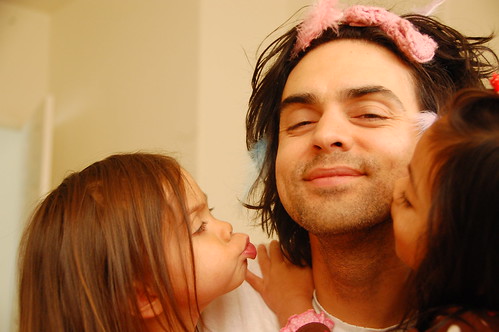 After Ben ate up his breakfast, it was gift opening time. The girls spent a lot of time this week preparing lots of little gifts for him. Most of them were drawn pictures and hair clips (they didn’t get the memo that boys don’t wear those). After Ben opened up his presents, they insisted on putting them in his hair, along with some feathers they wrapped up. It was quite the funny spectacle!
The rest of the day was pretty low key as our birthday plans for the birthday boy had to be changed because Brave was sick (she got sick Friday, but seemed better Saturday morning during breakfast, but as the day wore on she got worse). I took her in to see the doctor yesterday afternoon and turns out she has a chest infection in the early stages of pneumonia… my poor baby! She has been so miserable!!! Her fevers are pretty high and she is coughing up a storm. If you remember, please pray that she gets better!
Since we just stayed home, we did pretty boring things like Ben tried to get caught up on his work, clean the girls’ messy room, do loads and loads of laundry, and put away laundry. Though there were a few fun things like Ben and I had a quiet birthday dinner with his favorite food as I went to pick it up once the girls were in bed, I am almost done wrapping Christmas gifts and we finally (yes, finally) just started decorating for Christmas. We may be the last ones to start this year!
Christmas is almost here!!! I am so excited!!! Aren’t you? And Benny, your birthday adventure is coming soon (well, once Brave gets better)!!! We love you!!!
*****
don’t forget the giveaway!
*****

her love for crochet 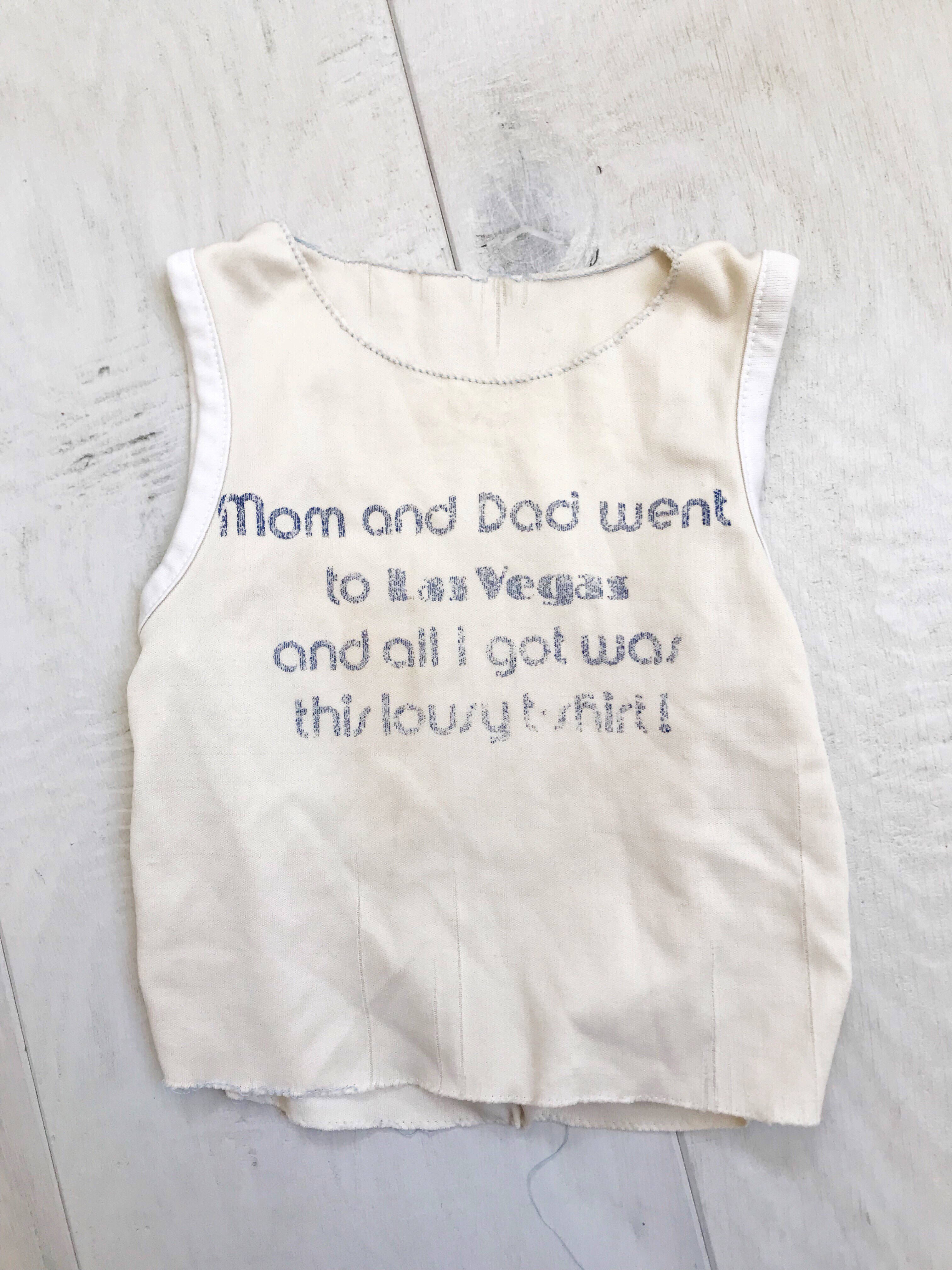 MEMORIES ARE A FUNNY THING