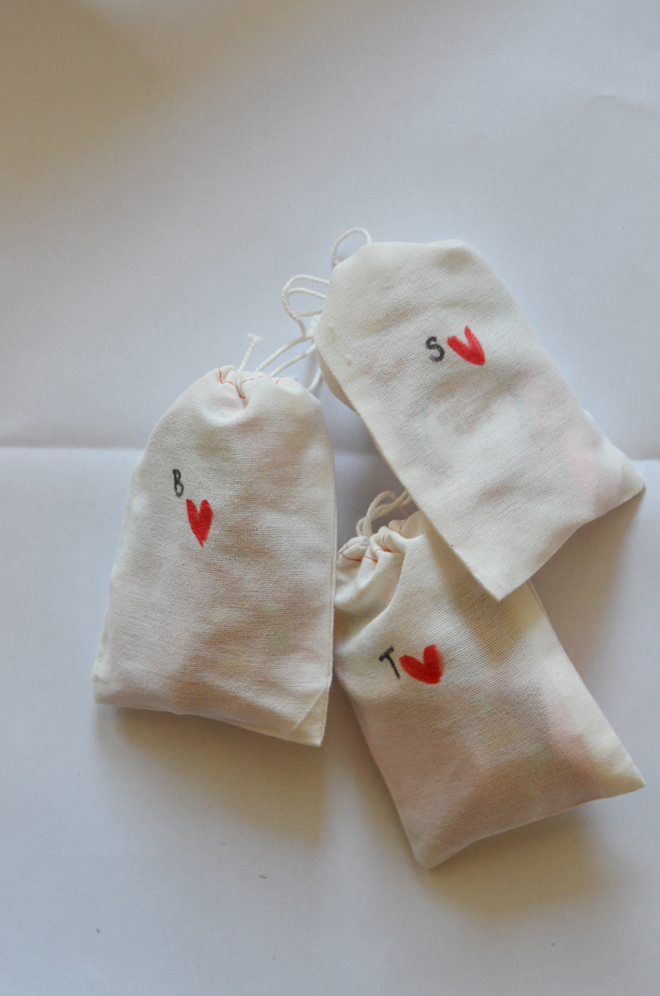 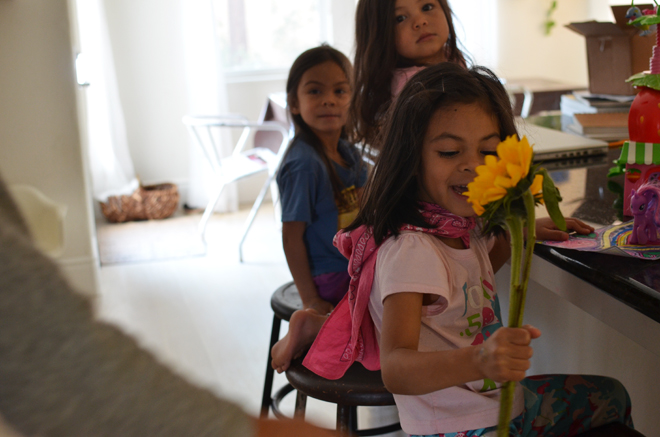 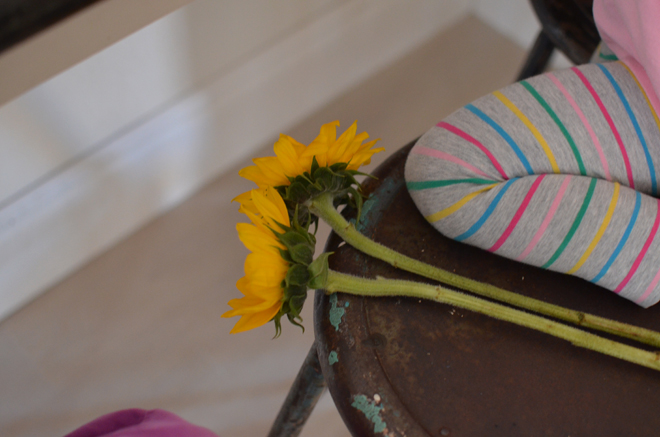 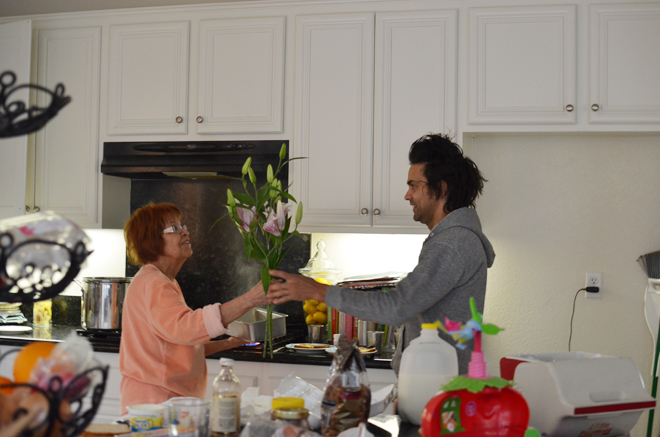 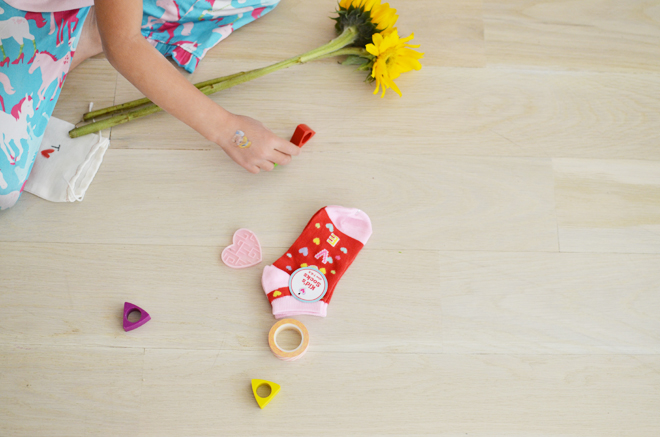 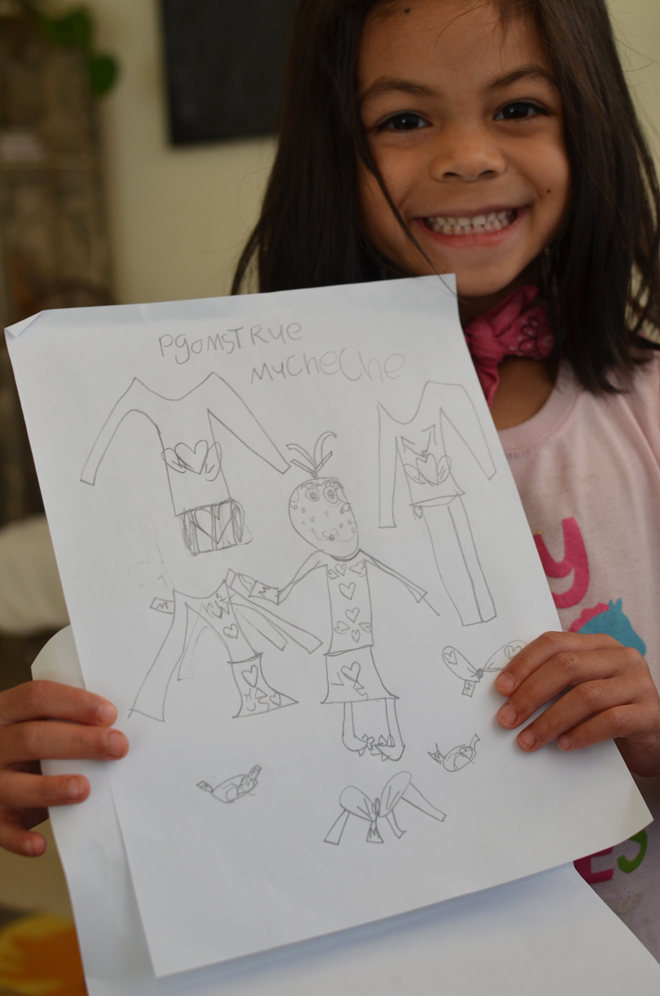 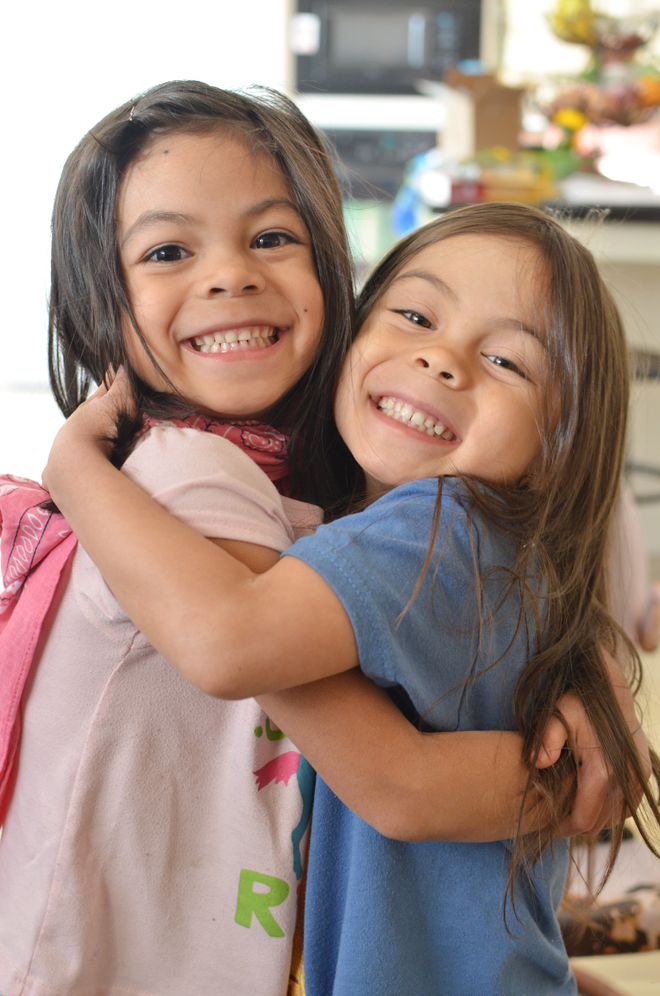 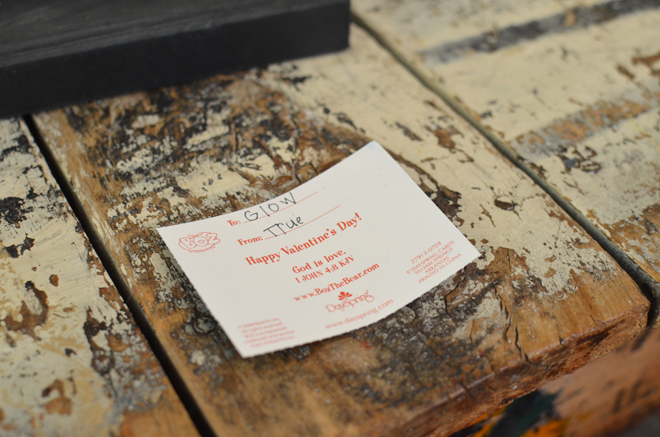 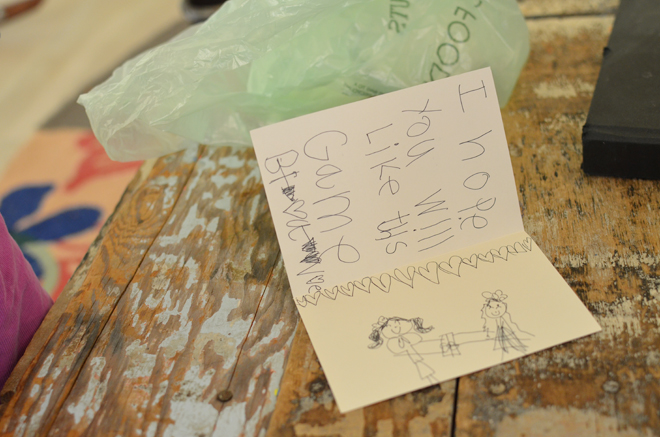 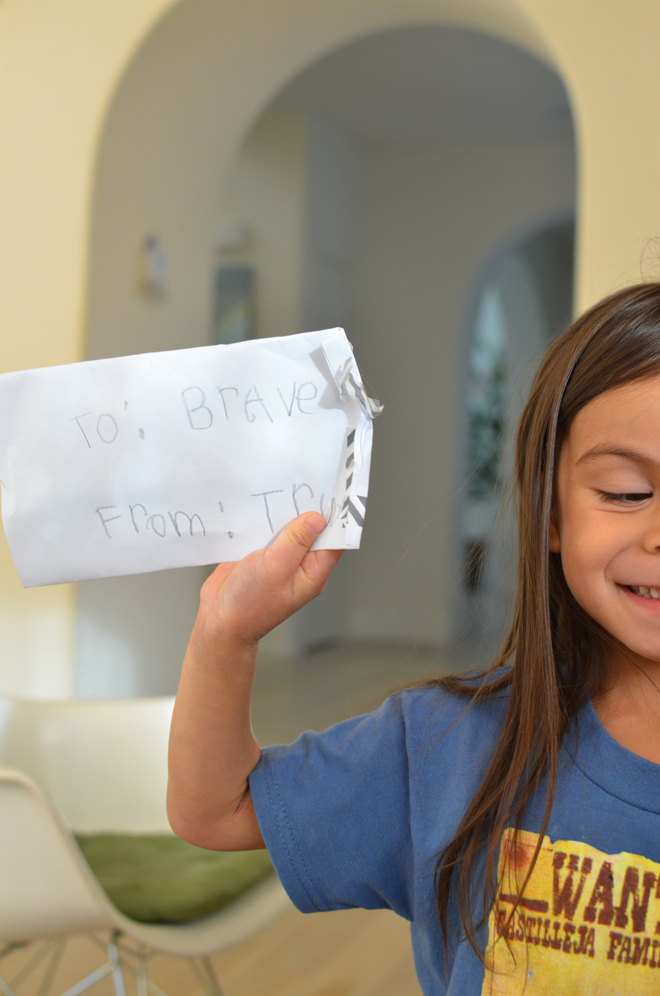 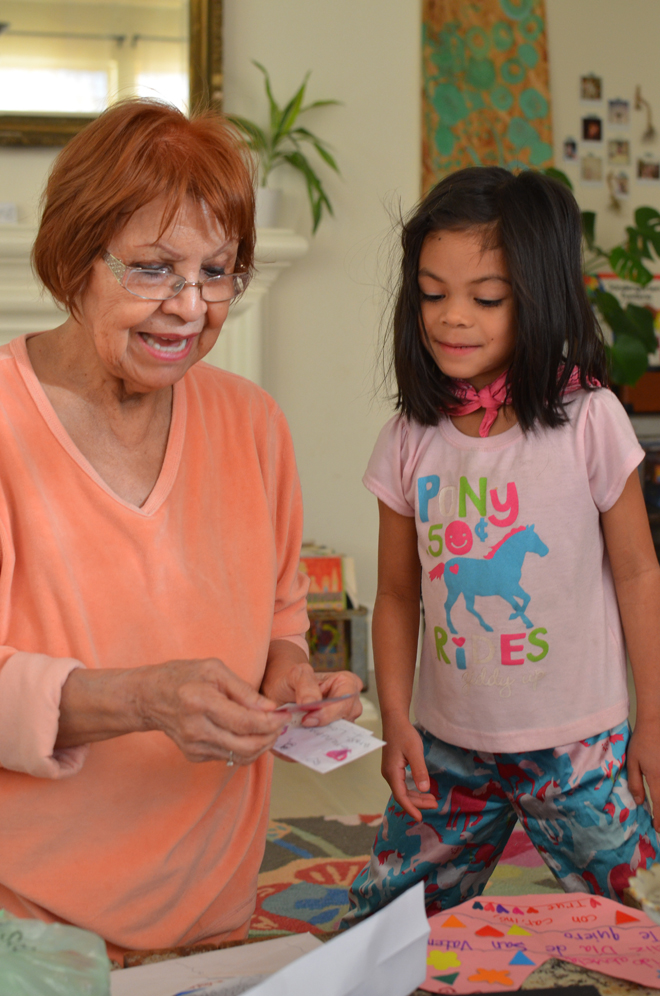 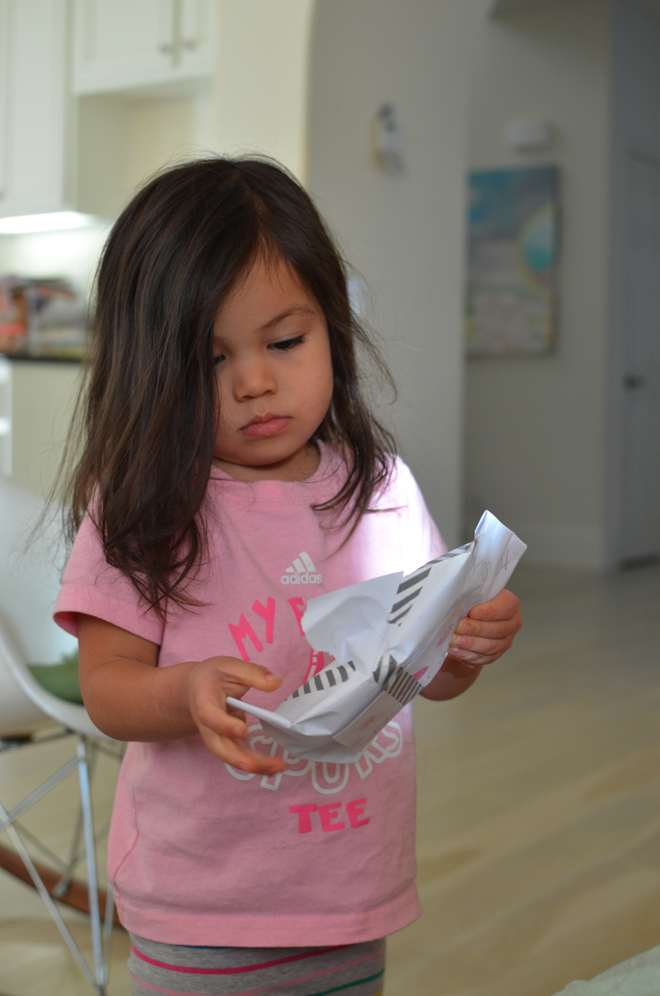 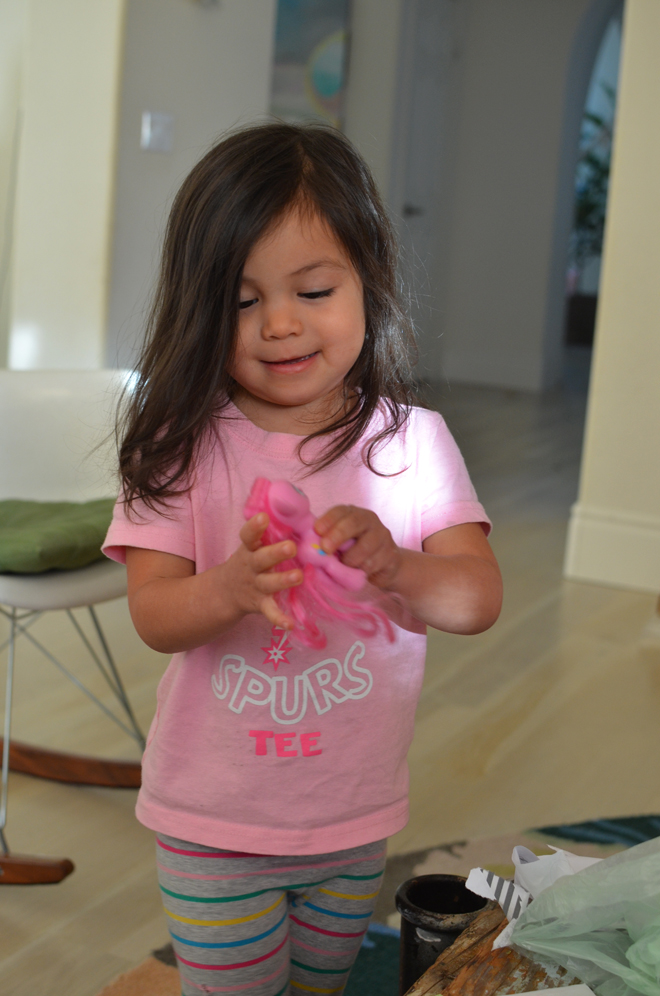 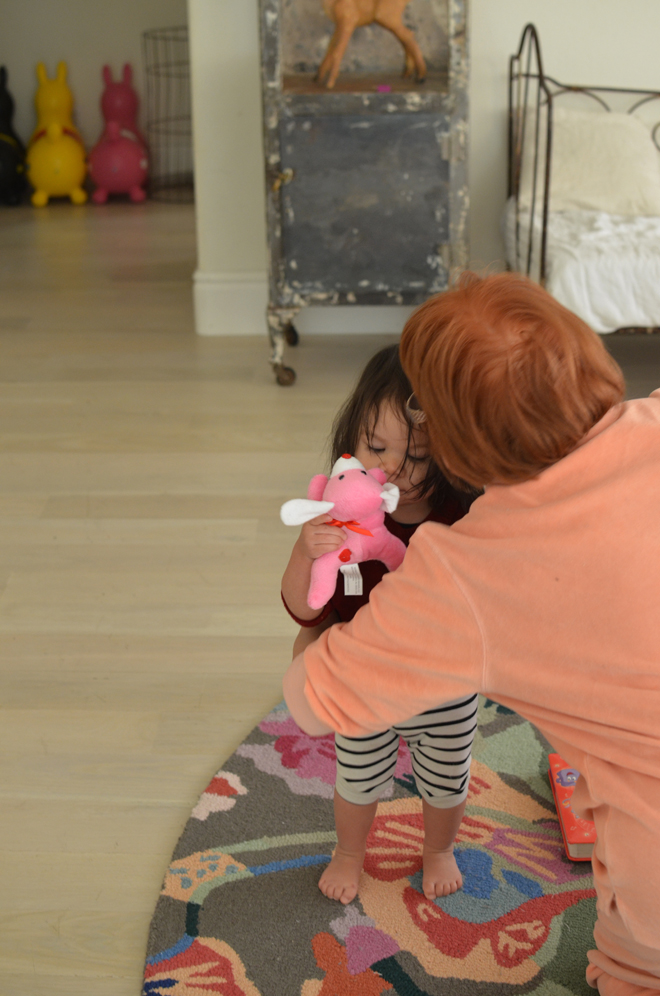 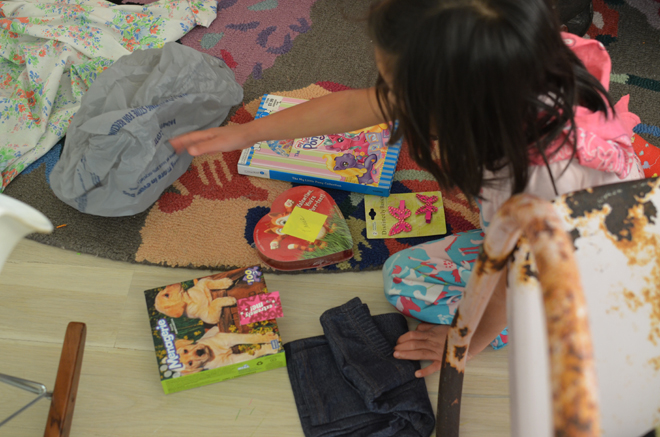 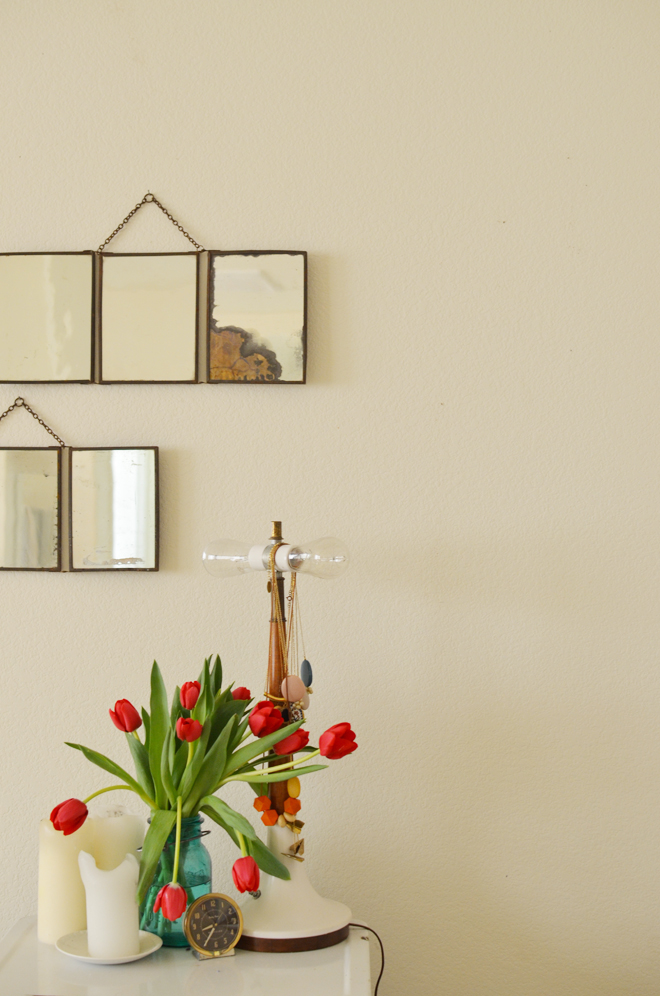 A wee bit late in sharing, but things have been kind of crazy over here lately hence the light posting this week. I’m hoping our lives are back to normal next week, so depending if I get to it tomorrow, I may just bid happy weekend today.

This was our happy Love Day last week. I woke up to a homemade card from Ben and some flowers. Then, Ben gave all of his little girls flowers too. His mom is here, and because he’s such a sweet fella, he showered her with love too. We had little gift bags for the girls filled with simple things and they got showered with more gifts from both grandparents (my parents stopped by). You can imagine the day was filled with lots of sugary low nutrition things, but that’s okay in moderation.

It’s cute because the girls made presents for each other or wrapped their toys and used it as a gift. It totally is always hilarious when they do that. True had a present for Soulie, which was a pony doll that was Soulie’s, and then when Soulie opened it she was all giddy, excited, and jumping up and down. I don’t think if Ben wrapped up a pair of shoes I already have that I would be that excited to receive it again, but maybe that just shows my lack of thankfulness and creative spirit. Kids get excited about the littlest things and I need to relearn that myself.

Other than that, our day was pretty low key and simple. Ben and I did manage to put in a late Valentine date on Saturday evening and it was nice. Getting out was a breath of fresh air and a stress reliever. I can’t believe we’re nearing the end of February and I don’t think I have ever been so excited for the end of a month than this month. Our household has been out of sorts this month (for a few months really) and I’m hoping once March comes we can get back to our old normal. Whatever that was.

Oh and I still owe Ben a Valentine’s. We agreed to just make each other homemade cards this year, but let’s just say I’m a little behind. Total fail on my part, but I think I shower him with enough kisses everyday that he knows how much I love him. If I don’t come back tomorrow, happy weekend friends! Grandmama has been here for a week and a half and we will be so sad to see her leave on Saturday. What are your plans this weekend?