a plant and some chocolate make me feel better 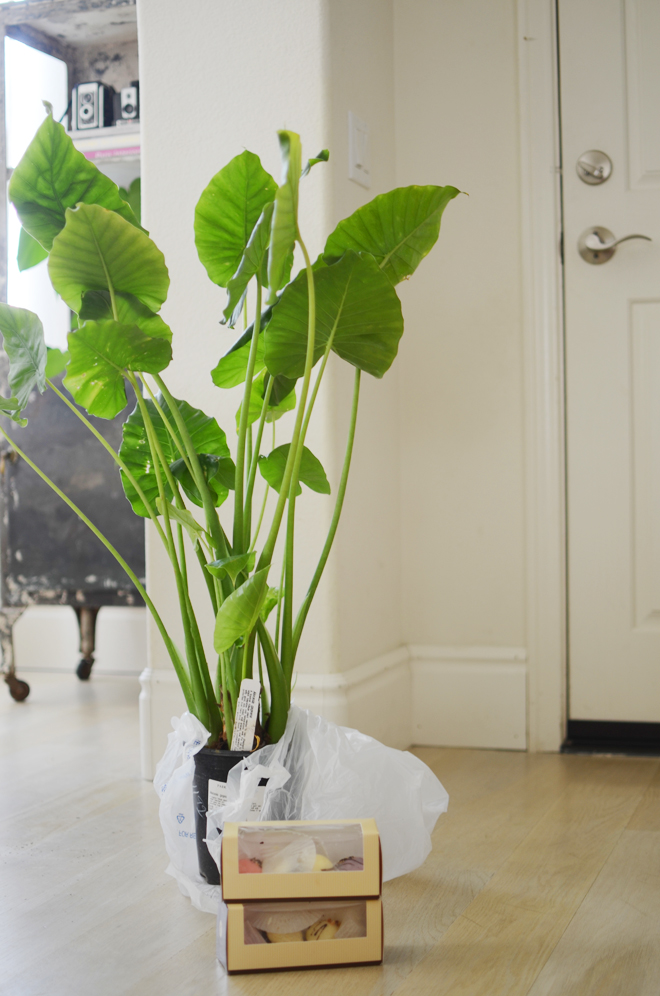 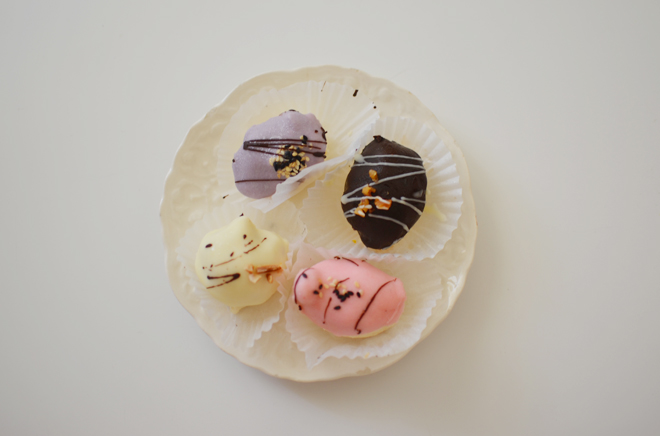 Last Friday, it was probably hormones, but I cried a little after the girls had made this mess, which was less than 24 hours later of me cleaning their room. I texted Ben that I was feeling frustrated (and crying), so later as the girls and I were eating lunch, we heard a jingle at the front door. This freaked me out because someone was trying to come in, but it ended up being Ben. He quickly opened the door, dropped down these goodies in the house, and took off back to work. It was such a sweet surprise and made me smile.

When I texted him earlier, he asked, “What would make it better?” I replied, “Chocolate cheesecake balls from the bakery.” I thought it was just a wishful kind of thing, but he made that happen. The plant was on my plant wish list and it’s cute that he even made time to run to a nursery to pick it up. And just because bloggers do strange things, I took a picture of it later that afternoon. I will look back at this picture one day and smile at my husband’s sweetness and how silly I was crying over a messy room.

I was thinking about it, and I wished I had a picture of what teenage Ruby’s bedroom looked like. So as frivolous as it is that bloggers take pictures of ridiculous things, I wished I took pictures of those small things of my life back then. Though I remember it so clearly, it would have been fun to show the girls a picture. They probably would have loved my bedroom. Early teenage Ruby’s bedroom was decked out with huge Lion King decals and a Lion King comforter, with all these Disney stuffed animals on my bed. I even had one of those ginormous Mickey Mouse phones in my room. It was a junior high graduation present and I loved it so much. I would spend countless hours talking to my friends and my high school boyfriend on that phone. I loved Disney so much (my dream was to be a Disney animator) and my room was decked out in it.

Then go to late teen Ruby’s bedroom, where I finally got my own room downstairs, and I had one of those Ikea tulle nets over my day bed. On the walls were my favorite movie posters: Titanic, Mrs. Winterbourne (Go Ricky Lake!), and I can’t remember the third one (I think it was Sense & Sensibility). I probably would still love Mrs. Winterbourne now, but Titanic was my favorite? Really, Ruby?! Late teens is also when I started falling in love with vintage furniture and my parents bought me my first piece, a vintage vanity table. I remember taking the movie posters down when I went to college and then I think I had shabby chic floral paintings up and some things I had created. Oh, and my parents had hunter green carpet, so you know it just really brought the room together. *wink*

Anyway, all this to say, I’m thankful for this digital age, where it’s cheap and easy to snap a picture for memory’s sake. It’s fun to celebrate and share the silly things in life. One day when the girls are grown, I’ll tell them stories of how their messy room made me cry and how Ben brought me a plant and dessert during his lunch break to make me feel better.