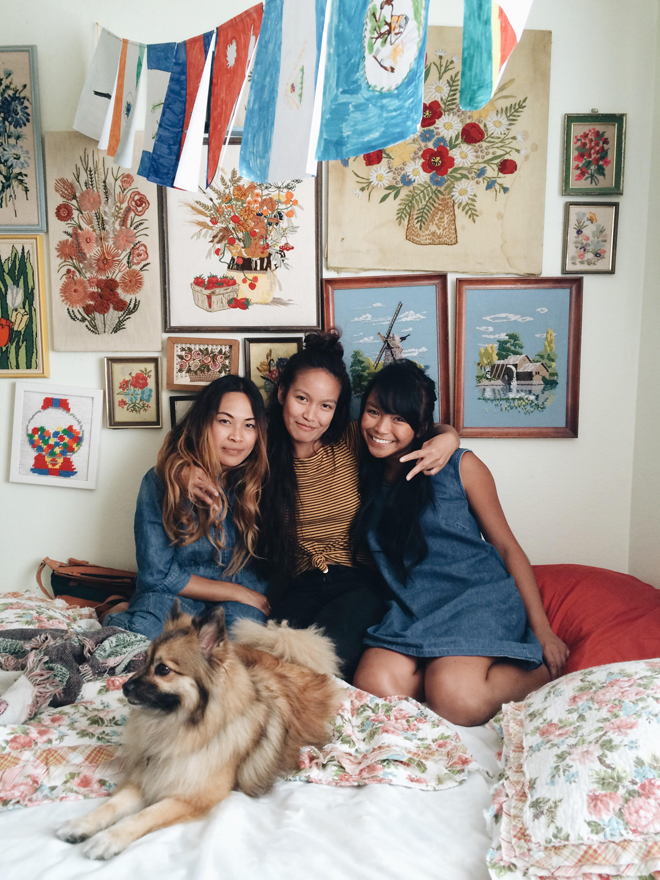 There has been lots of sister time lately since the baby sister has been back, and it’s fun to just be silly together again. They were telling me about all things they remember about me growing up, and it was fun to hear their perspective of how I was (I’m 7 years older than Reinna, and 10 years older than the baby). I was a self consumed teenager who loved hanging out with her friends, and boyfriend, and my siblings were so much younger that me that I didn’t pay too much attention to them. I remember being on the phone with my high school boyfriend and the three of them (we have a brother too) just running all over the house making silly videos. I just laughed at all the things they remembered about me, and apparently, I was really intimidating. Both of them really took my opinions of things to heart and cared a lot about what I thought of them (and choices they made). They also thanked me for blasting all my 90’s music because they love it so much, and frequently listen to it now.

One story we laughed really hard about took place near the end of my junior year in high school… I was invited to a graduation party with friends, but somehow my parents ended up following me, and went into the party! I was so pissed off and mortified that they did that! I was too embarrassed to even set foot inside the party. My sisters remembered the party room, what people were doing, and they told me that my parents just danced and laughed together, and then left (with my very young siblings in tow the whole time). I was outside the party fuming from the embarrassment and anger, then I went home with my family, and I had a yelling fest with my parents. I never knew what the party looked like or what my parents did inside, until yesterday when my sisters told me. I just remember feeling livid that they would do that and how I was so angry that I never got to study for a final I had the next day. It’s all so silly now, and we just had a good laugh as they described how pissed off they remembered me being.

It’s interesting to hear my younger siblings’ thoughts on my teenage self. One thing that seemed to have remained constant about me is that they remember me getting mad when the house was messy, and I still get mad about my own house being messy now. I guess I have always been a neat freak and the stress mess is real. There are lots of things I would have done differently knowing what I know now, but obviously, it’s part of life and all my mistakes have shaped who I am today.