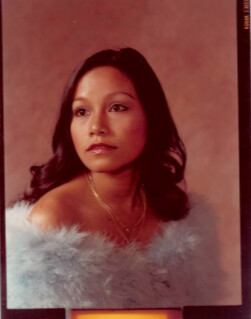 She turns 50 today. She was gorgeous then and she is still gorgeous now. I hope I get her genes and look young forever!

Happy birthday mom! I love you!!!