We have got four weeks of meal planning under our belts. Well, I only really cook two meals a week and the rest are leftovers from those meals or something really easy that I already know how to do, so that helps take off some pressure. We kinda of just wing weekend meals and Friday nights are usually for pizza. There was still a lot of recuperating from the wedding last weekend, so I only tried one new recipe this week.
Tuesday, I made Oven Baked Taquitos and Fresh Guacamole… 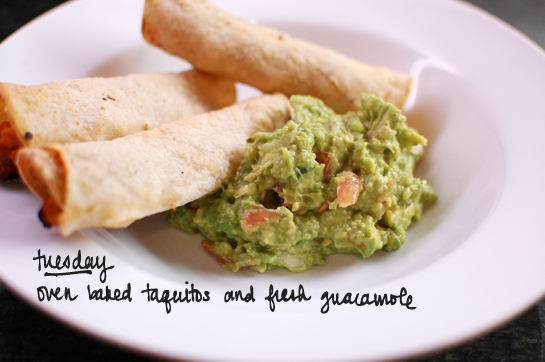 There are only a hand full of things that I know how to make well and from my own memory and oven baked taquitos is one them. Ben and the girls love it! I use chicken breast, which I boil until half cooked, then I shred and saute in a pan with taco seasoning. I warm up some tortillas, place some chicken in the middle, roll them up and lay them on a pan side by side. Once I roll them all up, I lightly spray them with oil and cook it in the oven at about 400°F for about 20 minutes and they get nice and crispy. A good healthy substitute to the normally fried taquitos.
Wednesday was for Citrus Soy Squid on Angel Hair Pasta…. 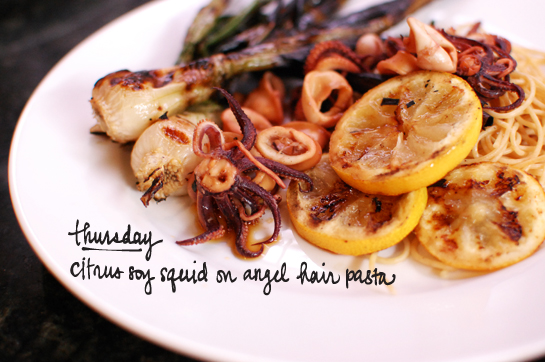 I have never cooked squid and it isn’t so bad. They cook really fast! The recipe said to cut in 1” pieces and grill, but if we were to grill it, our pieces would have fallen through. Thus, I put half the batch in the oven and sauteed the rest in a pan. I like how the ones in the pan turned out better. I served it with lemon wedges and Mexican green onions like the recipe suggested. We needed some starch and I originally wanted buckwheat noodles, but we didn’t have any, so angel hair pasta was the next best thing.
Brave devoured her entire plate, squid and all, but True just ate the pasta. She seem to like the sauce though. The flavors were a bit mild for us though all the pieces went well together, so Ben and I just added chili oil to our plates. We like our food with kick! It was such a light meal that we got hungry real quick after.

Week of 2/13 – 2/17:
Monday: Rice and Black Bean Pilaf
Tuesday: May just pick up some sushi for Valentine’s Day!
Wednesday: Chicken Piccata (since Ben loved this so much)
Thursday: Leftovers
Friday: Pizza or something super easy

I want to try cooking a dish with tofu. Anyone have any good tofu recipes to share? Preferably something spicy!

some stashin’ fun all day long 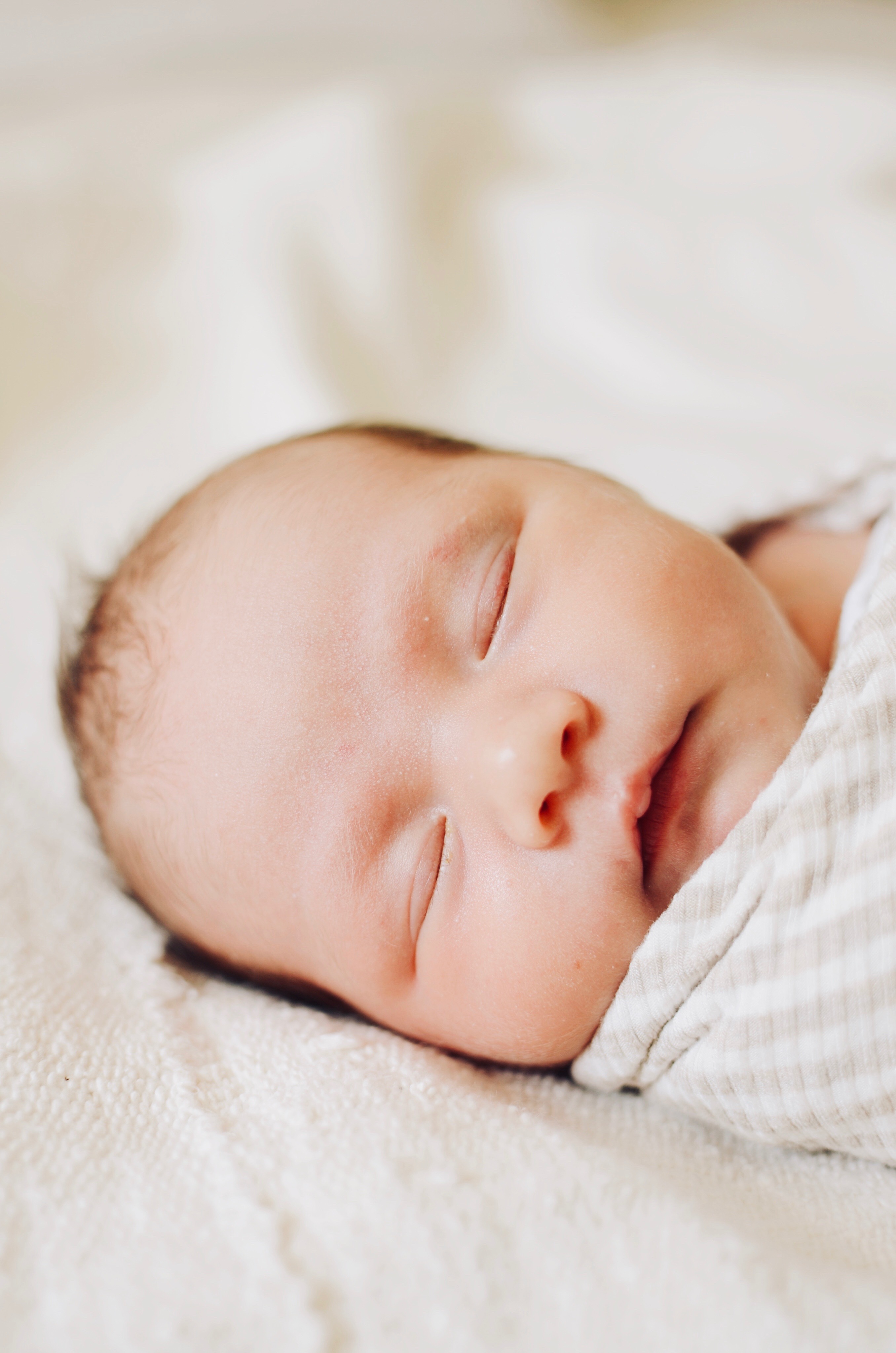 HER NAME IS RED