OUT TO SCHOOL: WEEK NINETEEN 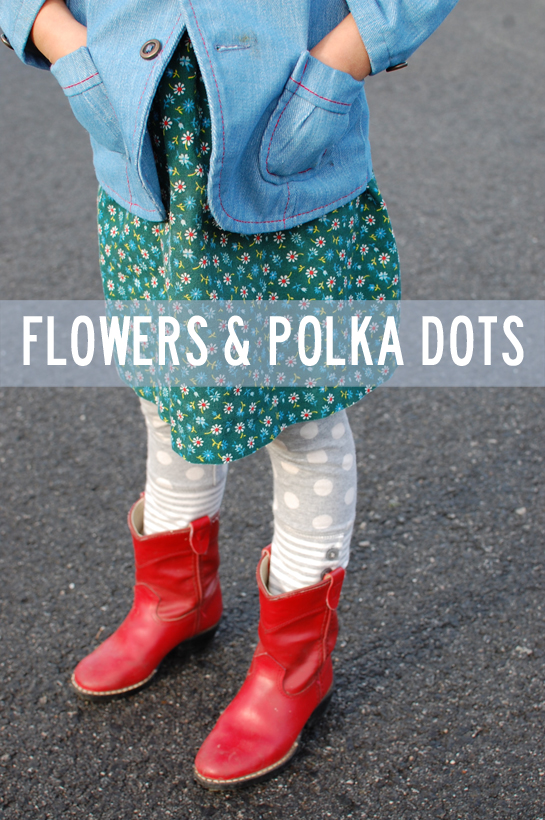 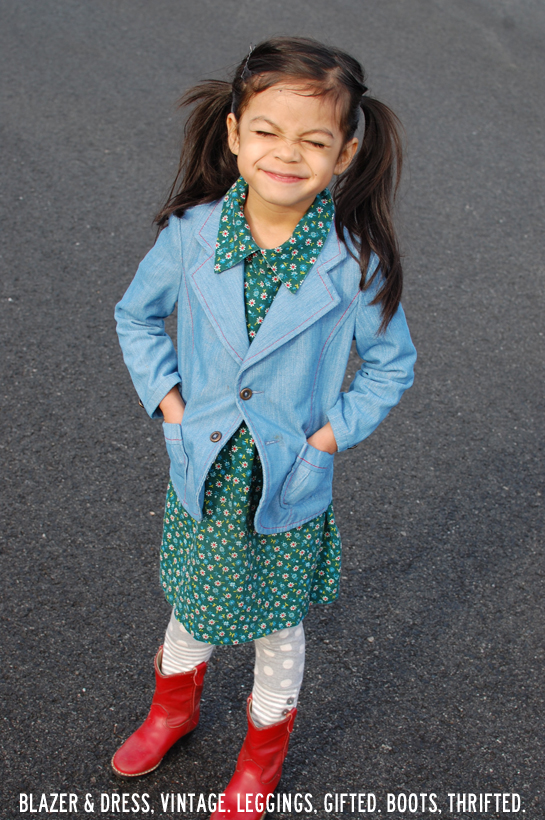 {where from again? dress, vintage and gifted from Rachel. blazer, vintage. leggings, gifted. boots, thrifted}
She started a new semester and has the same classes, but her schedule is now flipped. Theatre used to be the first class of the day during the whole first semester, so she didn’t really participate because she said she felt shy. She told me as the day wore on, she would get less shy.
Theatre is now at the end of the day and I was hoping this would help her, and after just one week, it indeed has. Her teacher told me that she actually participated in the activity instead of just watching from the sidelines. Next goal, to get her to talk in theatre.
I know she loves theatre and listens because she comes home drawing and acting out everything they did, well, everything her classmates did. Hopefully, with this flipped schedule she will get more comfortable by the end of the day to let loose a bit in theatre. Despite what you may think of True based on pictures, this little one is super shy. Super doesn’t even describe how shy she really is. It can be maddening sometimes because it can come across rude when meeting new people, but hopefully she grows out of it as she gets older. At least that is what I am praying for.
Any of you super shy as a kid or have a super shy kid now?

all the girls together

28 comments on “OUT TO SCHOOL: WEEK NINETEEN”