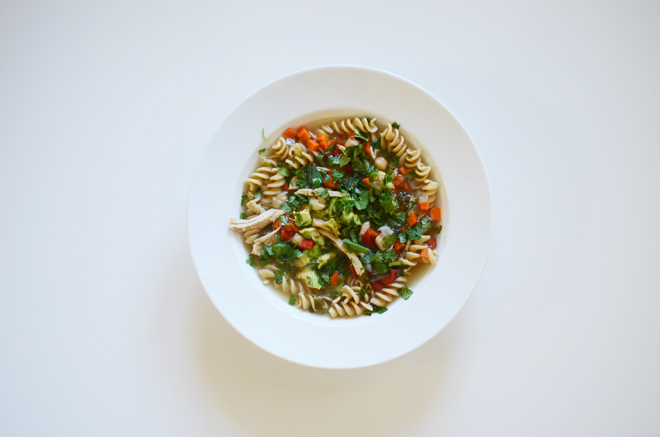 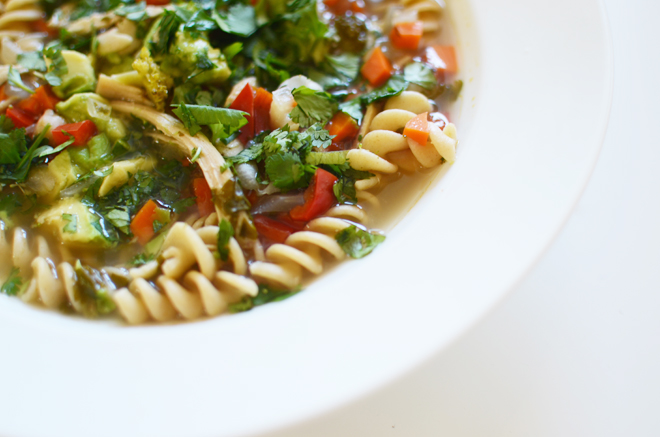 Mexican Chicken Soup with Chickpeas, Avocado and Chipotles. This is my favorite chicken soup ever. Ben’s the one who made it and discovered it on the NY Times, which is his go to place for recipes. It’s loaded with lots of veggies and we throw in whole wheat pasta. I feel so bad that I accidentally left the pot out one evening and since it wasn’t in proper food temperatures and left out for more than 4 hours, it had to be tossed. Bummer. Though, I did chance it and had one more bowl of soup (Ben wouldn’t even dare!). Maybe that was crazy, but it’s so good and I felt bad wasting it. 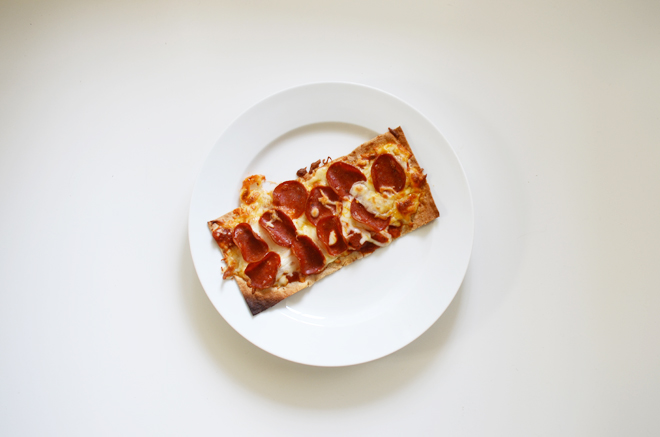 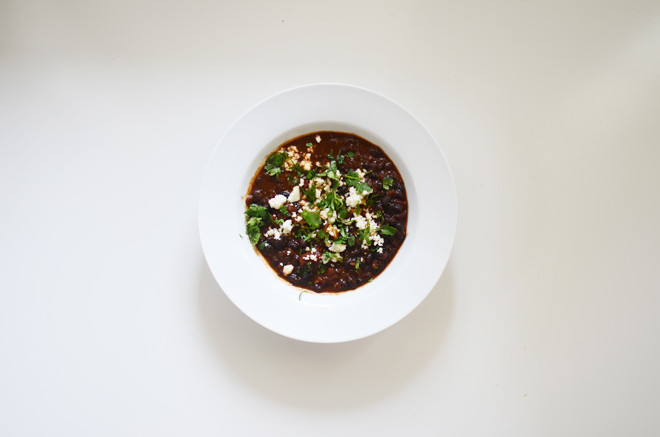 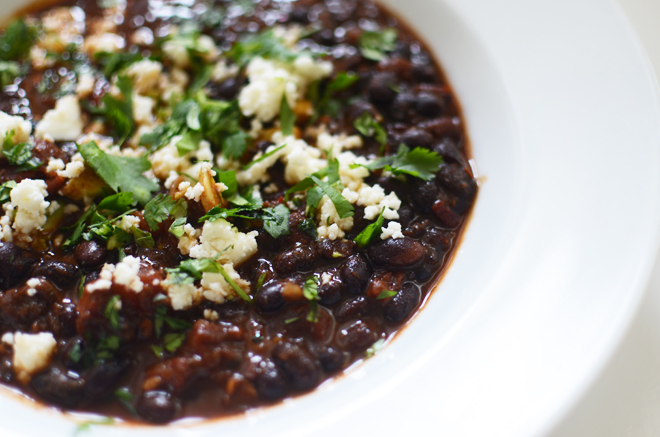 Black Bean Chili. We used this black beans recipe for the beans in the chili and once again it’s from the NY Times because it’s Ben’s go-to place. We tripled the recipe so we would have tons leftover to freeze (yes, tripled!). I separated the tripled recipe into two separate batches so we had a batch of spicy chili for Ben and me and then another regular batch for the girls. I love it, but it would be good with some bacon bits. The recipe is a healthy one, so that’s probably why it isn’t in it, but for a little texture and that bacon flavor I would add it in (in small doses of course, if you want to keep it healthy).

I didn’t get to the Paella this week because Ben had two late nights at the clinic that I forgot about, so when it’s a long day like that for me with the girls, I go with really easy, and pizza is really easy! I’m sure the menu for this coming week may be switched around too depending how busy we get for prepping for Thanksgiving, but I am so excited about eating turkey, stuffing, and mashed potatoes! I look forward to it every year!!!

P.S. If you’re in the Los Angeles area and free this Saturday, Misha Lulu is having a trunk show at Common Thread, so maybe you can stock up on some gifts for Christmas or holiday clothes!

it was a good thanksgiving


bed frame with or without a headboard?