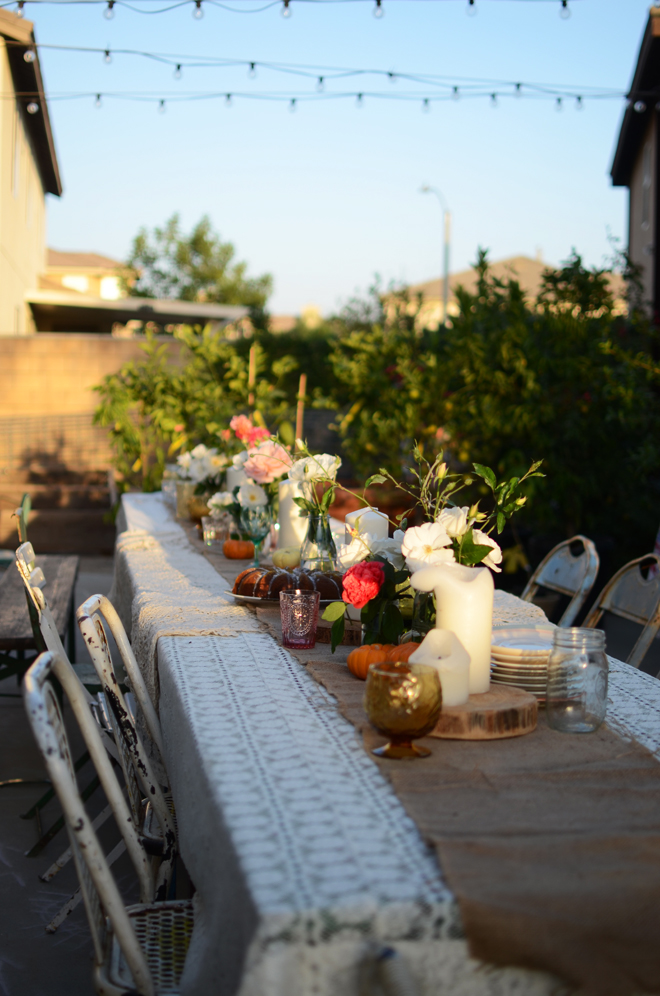 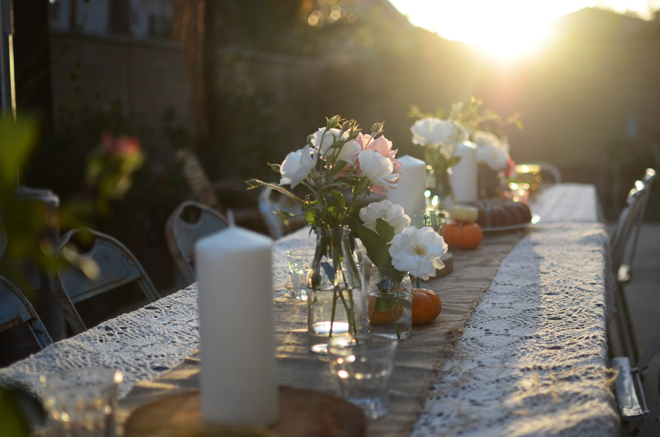 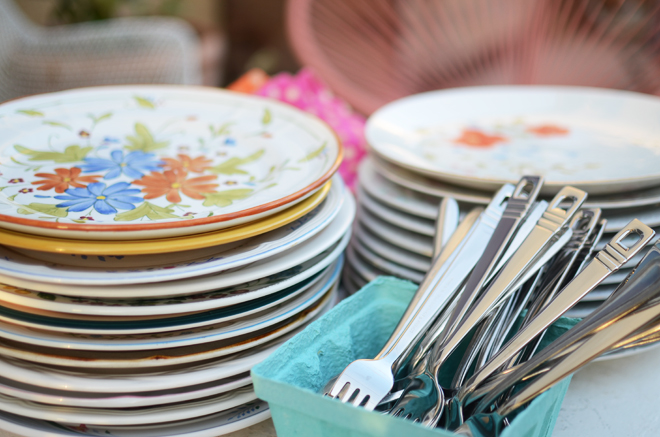 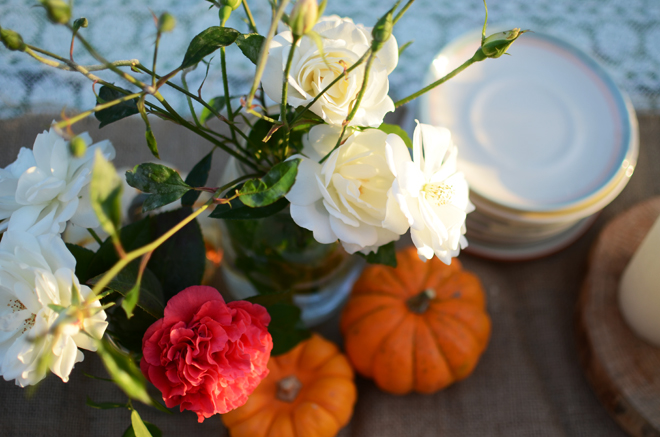 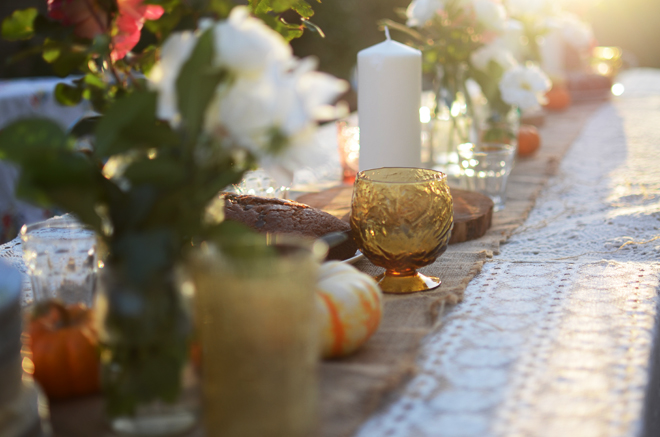 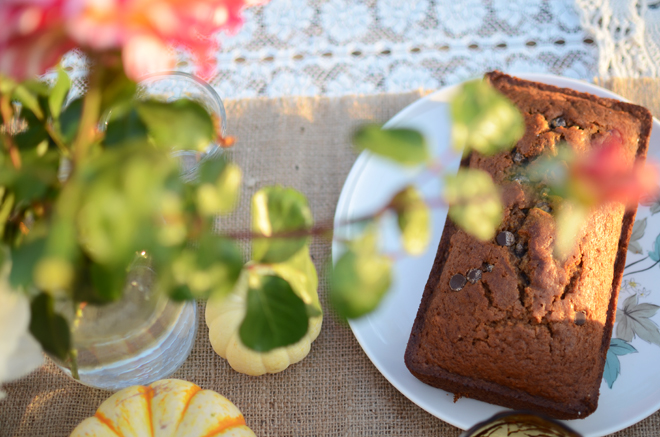 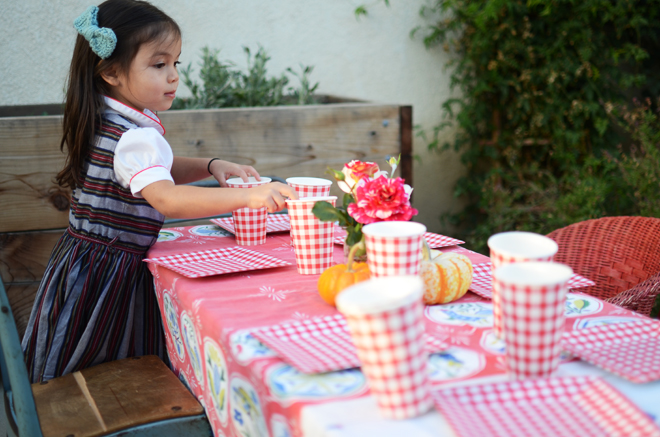 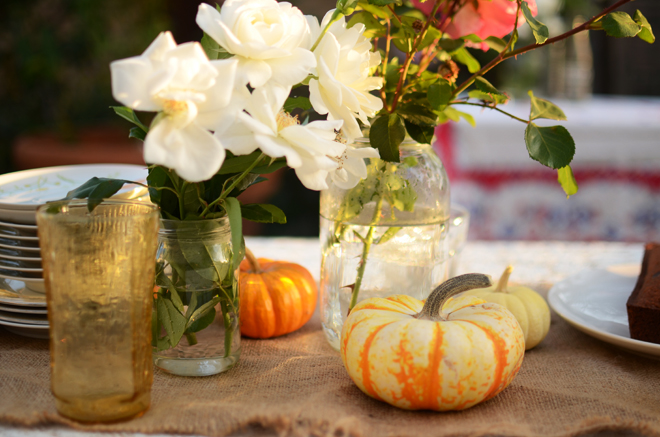 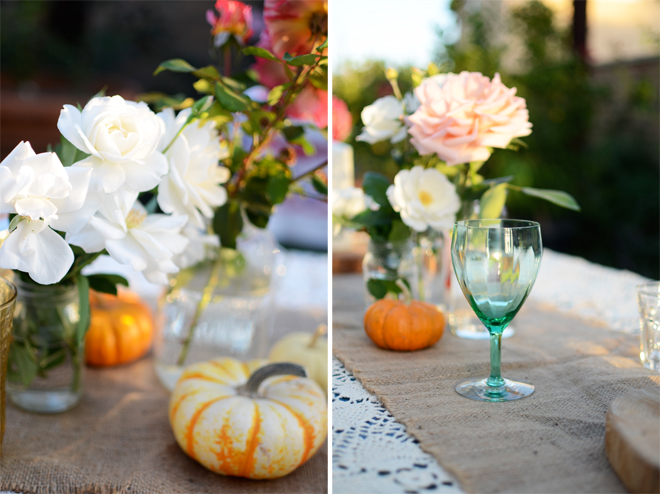 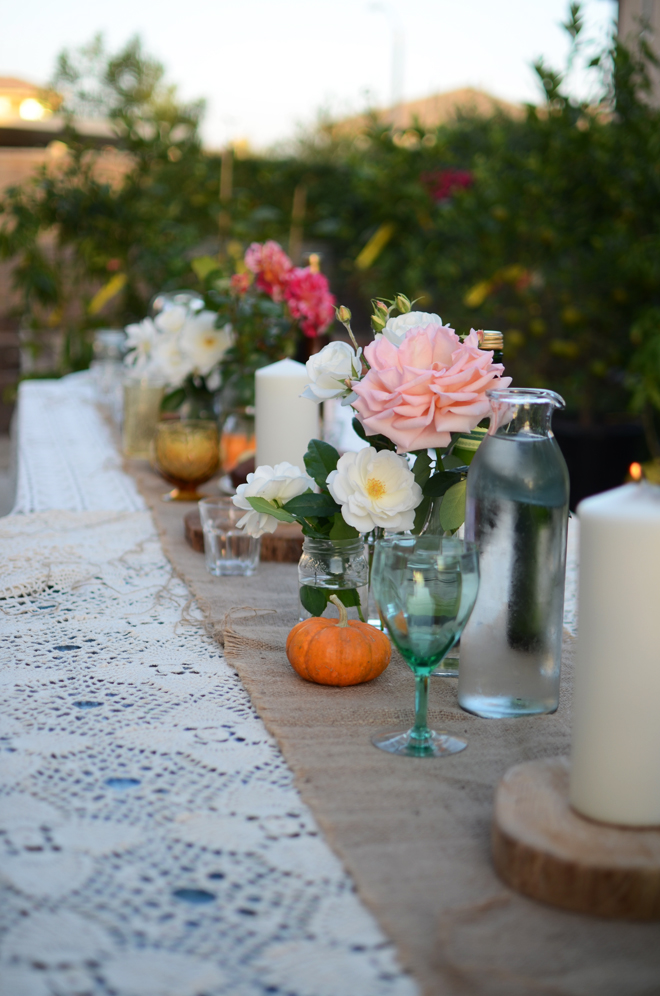 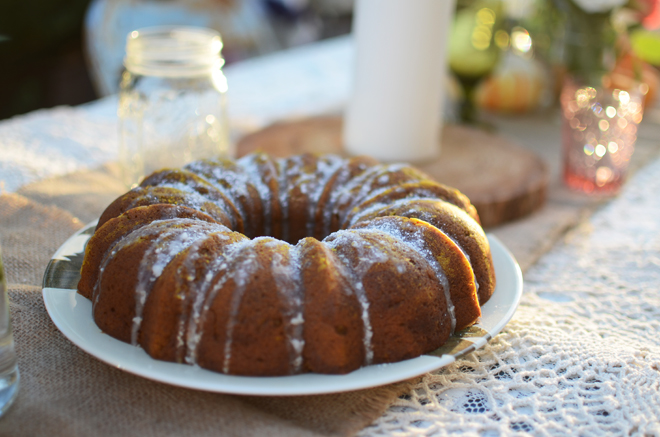 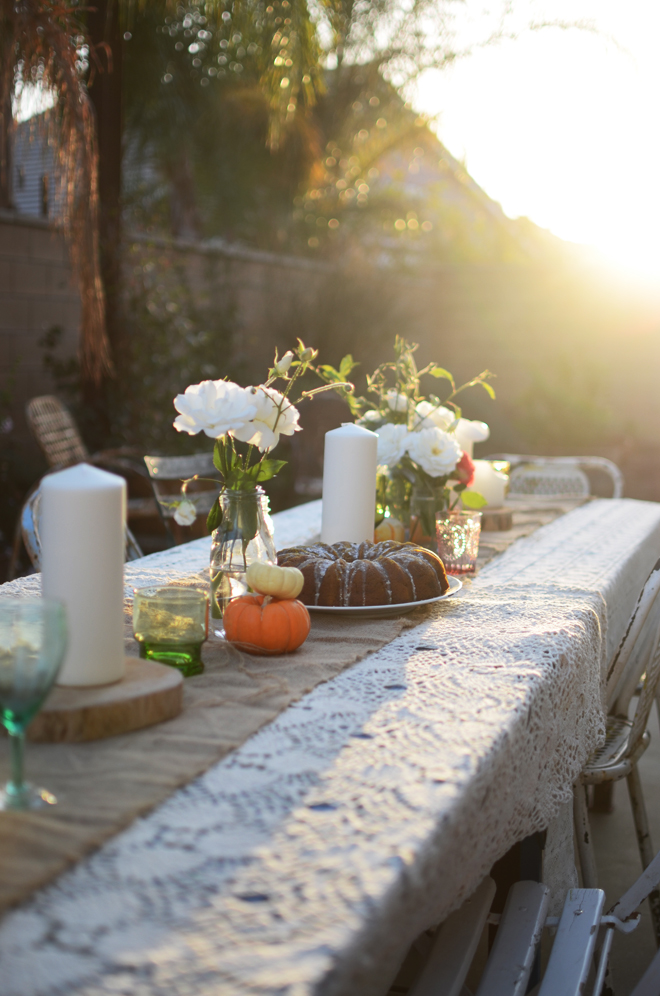 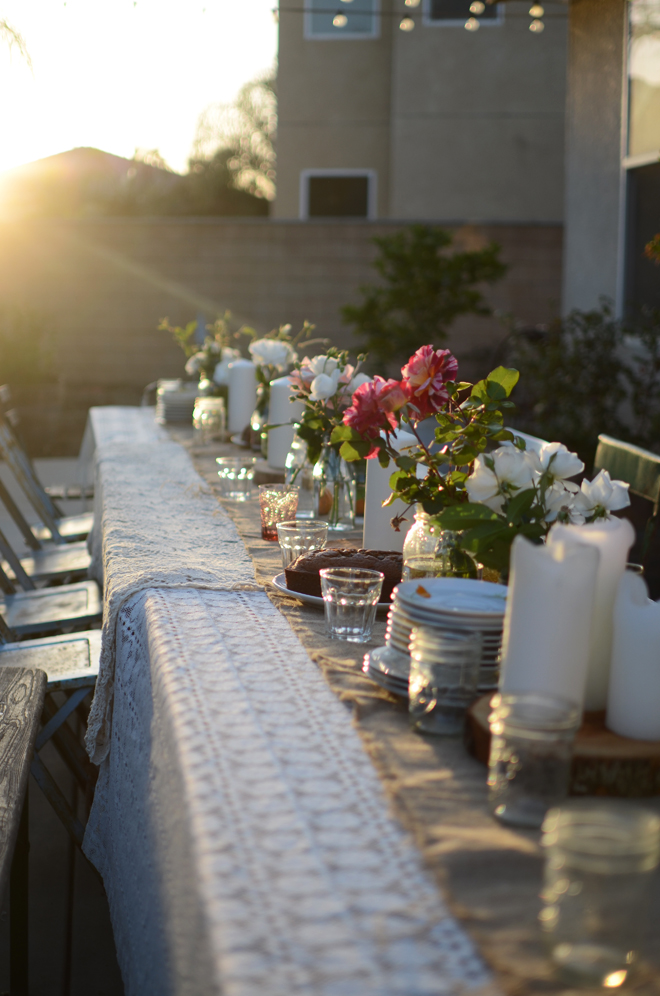 I had pinned this image on Pinterest in the summer and it made me really want to do a fall potluck with friends (I talked about it here). I shared my idea with my friend Reese and Liz and they were totally on board. Also, Ben and I have really been wanting to get to know our neighbors more, so we thought it would be a great way to throw a fall dinner and just invite everyone over.

I literally was inviting everyone who lived near us over (Ben was like, “Calm down, Ruby.”). I invited the girls’ swim teachers (they probably think I’m some weird crazy mama!), some parents from swim class, neighbors, and I pretty much had no idea who was going to show up. We’ve lived in such a bubble the entire time we’ve lived in our neighborhood and it really isn’t what I want to teach our girls. I want them to love people, love serving them, and want them to desire to live in community with people. It’s good to get to know people and hear their stories. I love hearing people’s stories! I guess it’s what God has been teaching us lately.

Anyways, it was a potluck, so everyone knew to bring something. I prepared turkey (in a crockpot!) using this recipe, this stuffing, this veggie dish, and this pumpkin bundt cake. Oh and mashed cauliflower and pumpkin bread! Let’s just say it was a really busy weekend for me! I had no clue who was coming, so I wanted to make sure there was plenty. And everyone who did come did bring plenty more!

I borrowed plates from my mom and everything else I already had, so when I saw this, I knew I could totally recreate that. I picked flowers from our garden, but it was looking too spring-y so I grabbed the mini pumpkins on our mantle and scattered those on the table too. The girls gathered candles we already used in the house, plus a couple extra that I picked up on our Ikea run and set those out. We even had a cute little kids table and my girls were the ones that put it together. They were actually good little helpers putting the glassware on the table. My girls were just so excited about new friends coming over, even though it took them like an hour after they arrived to start talking to them.

All you get are pictures of the dinner set up because I snapped these before everyone came and before the food was put out. Once everyone came, we were busy and just enjoying our time getting to know our new friends that taking pictures was the last thing on my mind. We all ate plenty, got to enjoy our candles and string lights once the sun went down, laughed lots, swapped stories, and the girls were running all over the house with their new friends. It was a good way to celebrate fall. I’m also thankful that we had some leftovers, so it saved me from cooking dinner tonight and we got to enjoy more of that yummy turkey and stuffing. This is getting me really excited about next week and Thanksgiving… I love turkey and family time!!!

Do any of you do get togethers with your neighbors often? Hopefully, we didn’t scare them and they want to hang out with us again!

15 comments on “our fall potluck”