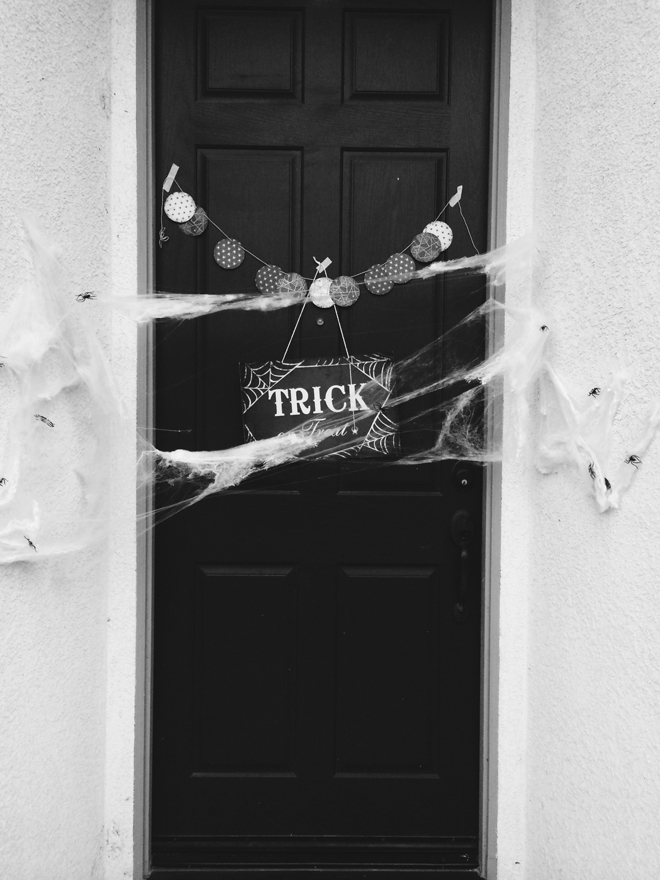 Many had questions and concerns on how giving out little toys, pencils and erasers might go with neighborhood kids. In our neighborhood there were more trick-or-treaters out than we’ve ever seen! It was a really nice surprise. Before we ventured out, we had fun passing out our own treats. All the kids that candidly responded to the receipt of the non-food treats had something positive to say…

After Ruby had given this one youngster a handful, he stood there waiting for more, asking, “Can I have that one too?” An older sister behind him said, “You get what you get, and you don’t throw a fit.”

The children appeared to be pleased with the treats we gave. If they were disappointed, they didn’t let it show and that was encouraging; children (and even adults like me!) should be thankful, no matter how we might be inclined to ungratefully perceive it.

So how did we let our kids indulge with their own treats that night? For about 45 minutes after getting back home, they bathed in their candy stash. Brave is always the first to cut herself off, while Glow and Soul can stuff themselves silly. True was somewhere in the middle. Because of our schedule on Saturday, we weren’t able to offer the leftover candy at snack, but instead offered it post-dinner. We plan to periodically offer unlimited sweets at future snack times as RD and therapist Ellyn Satter suggests.

This may seem like a completely careless approach, but there’s definitely a thoughtful strategy here. Taking a step backwards, Satter has a “Division of Responsibility in Feeding.” For toddlers on up, the parent is responsible for what, when and where… the child is responsible for how much and whether. So we as parents actually have a lot of control here in what foods are introduced, and when and where mealtimes take place. (I think one of the challenges for us parents is trusting children to do their part!) So, I want to emphasize that the free-for-all candy episodes are a part of a larger method that’s been well-thought out.

These principles may appear counter-intuitive. They take practice and patience. Ruby and I are NOT experts and do a good deal of failing as parents at mealtimes. But there is progress as we experiment and learn.

A related tangent I just thought of yesterday that I’d like to add. I plan to work with our girls on eating mindfully… inviting them to patiently engage all of their senses as they savor the food. So as we allow intermittent opportunities to go bonkers with candy, I will also be introducing mindful eating principles as they consume the sweet, lo-nu treats. (See, it’s a learning process!) 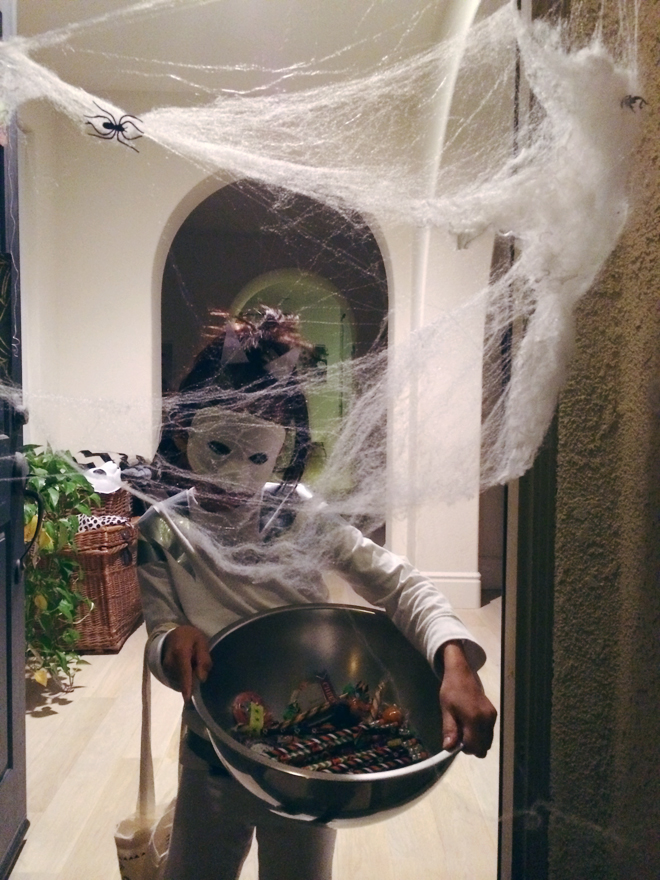 8 comments on “the halloween treat update”