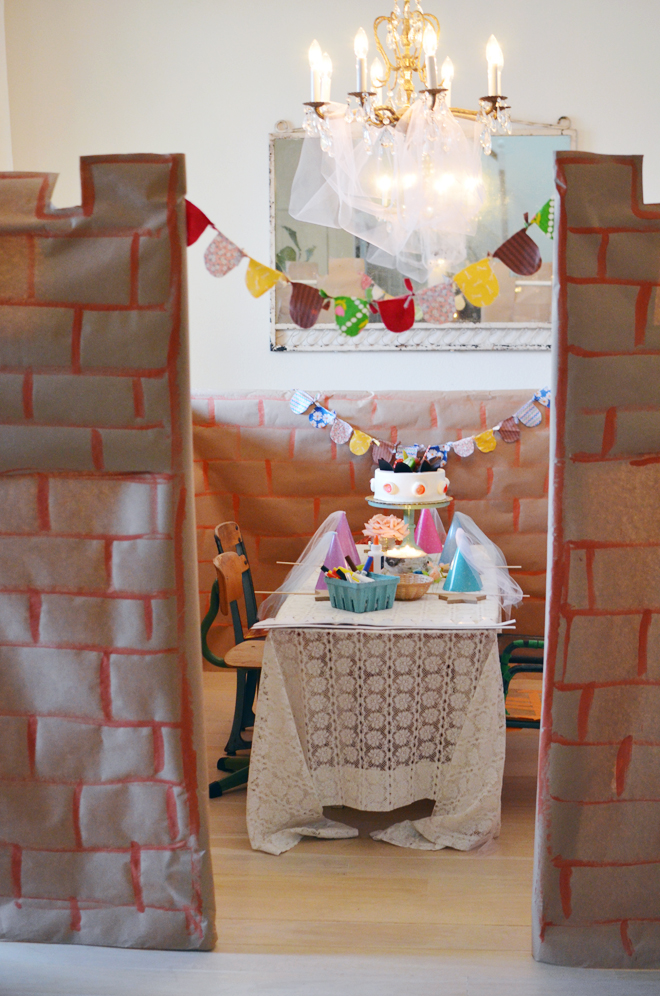 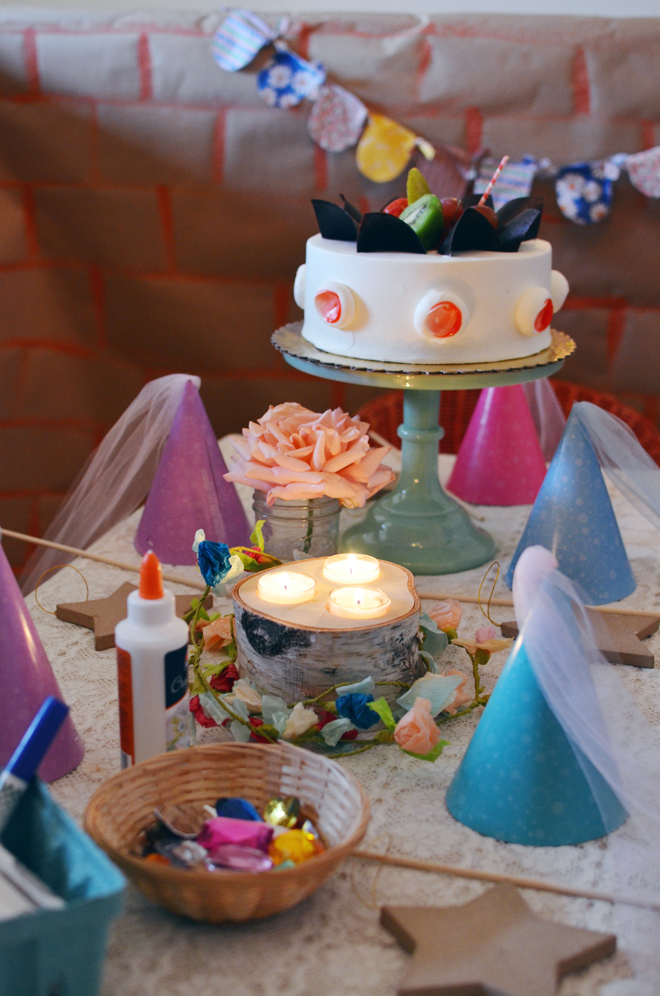 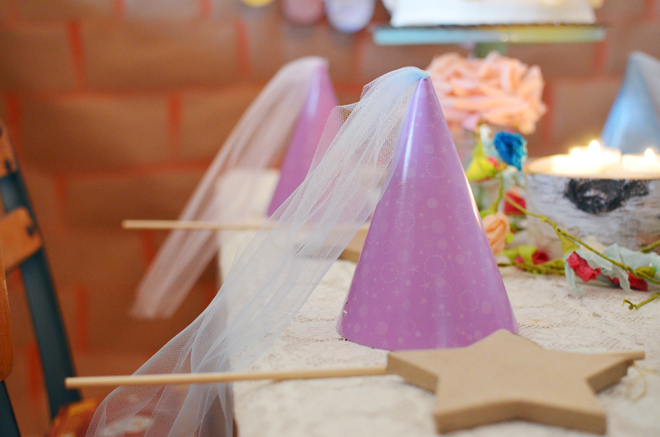 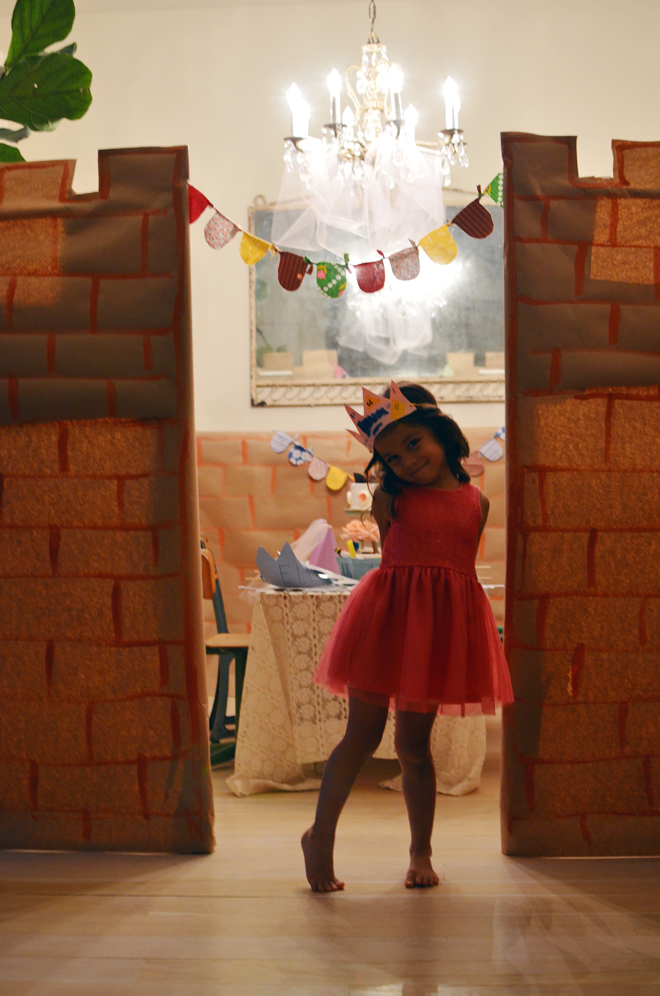 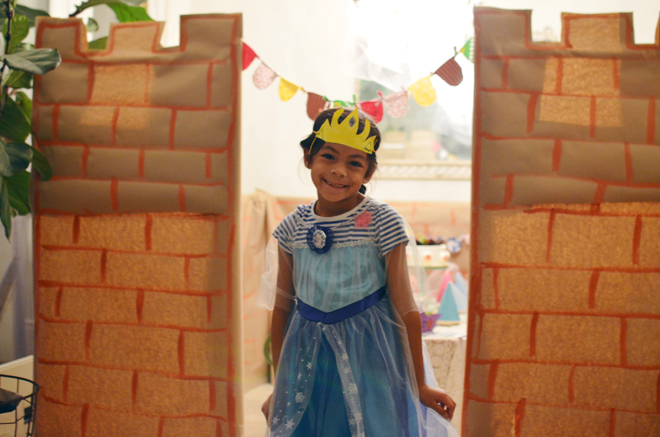 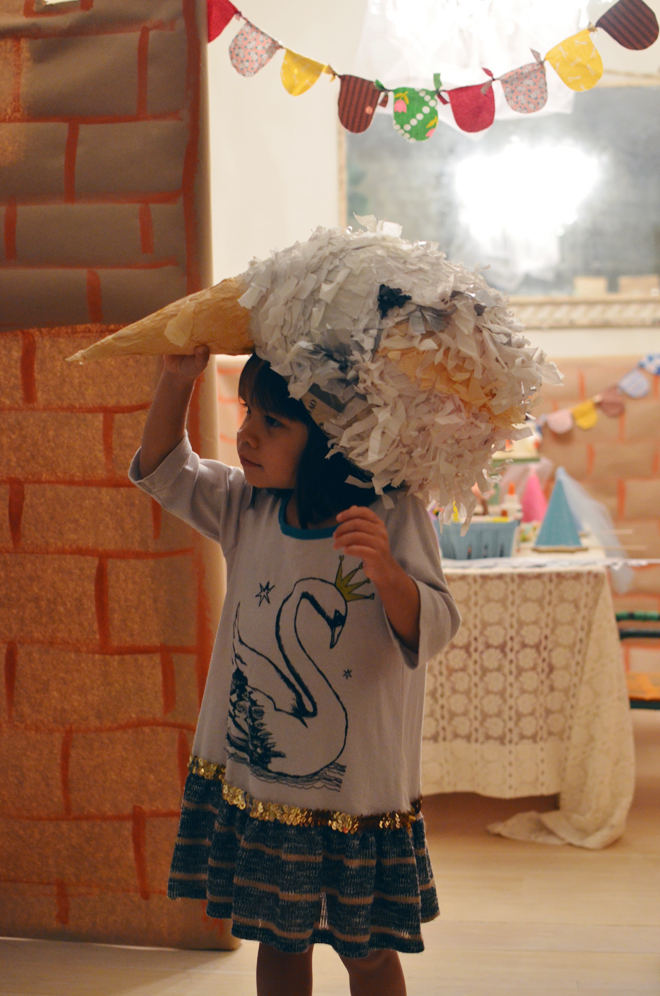 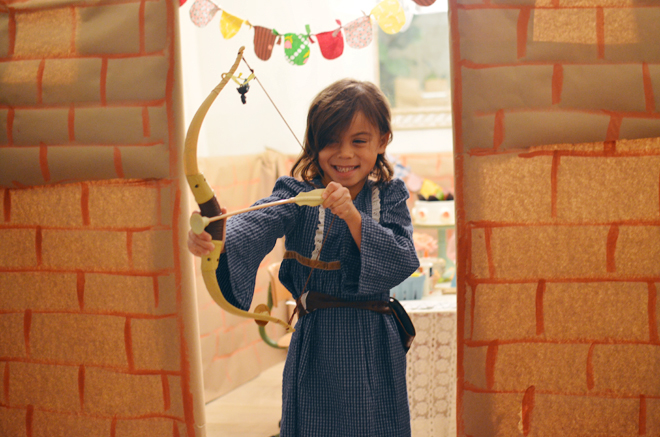 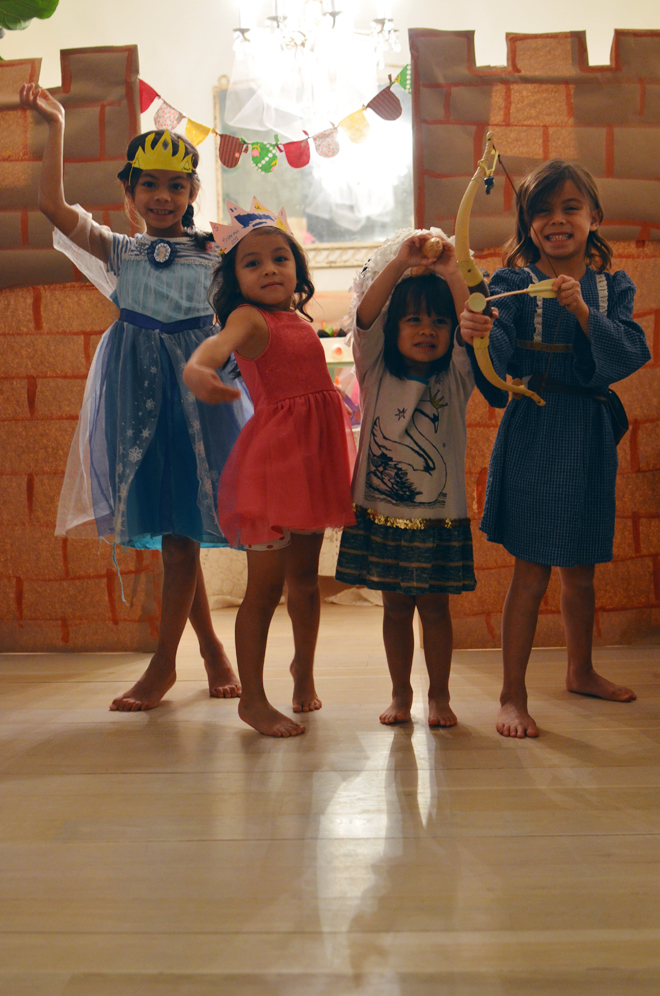 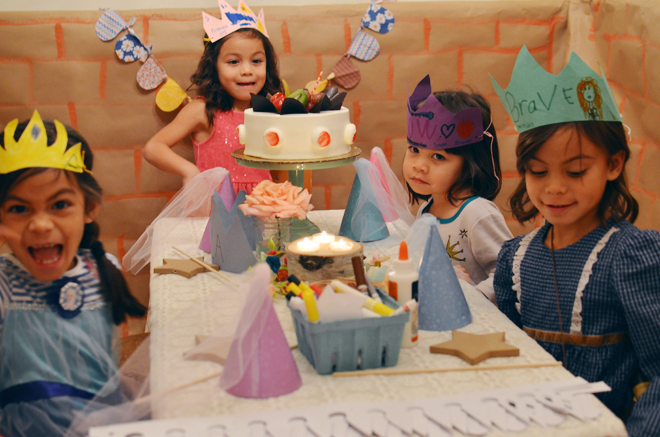 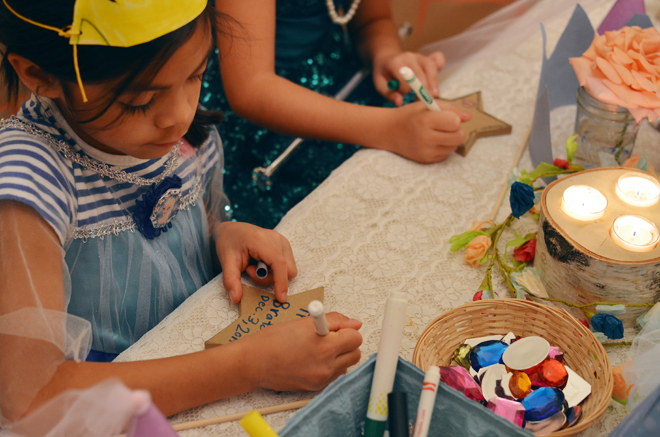 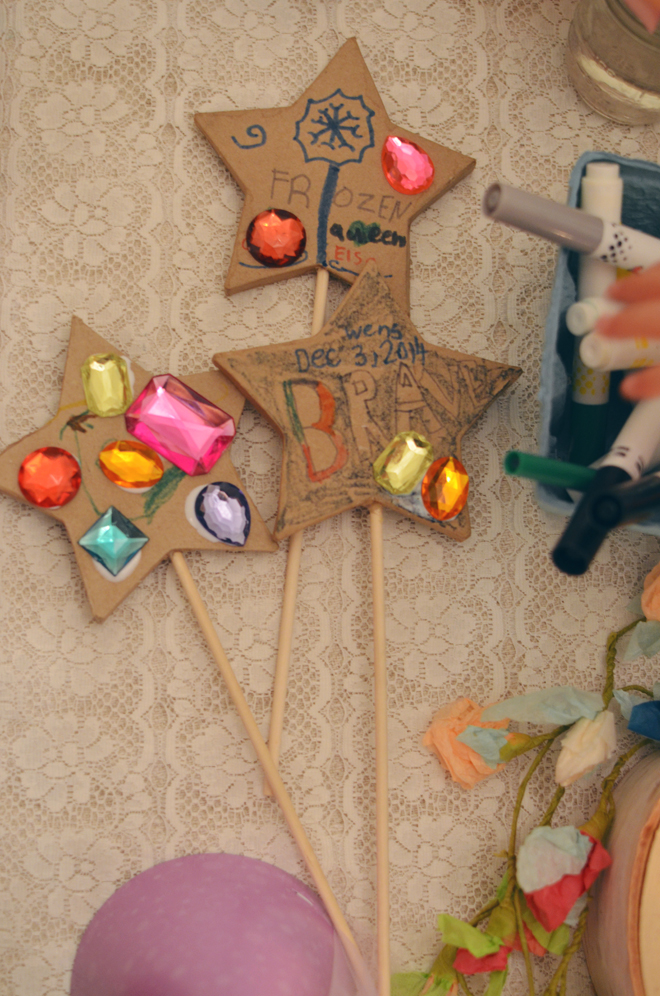 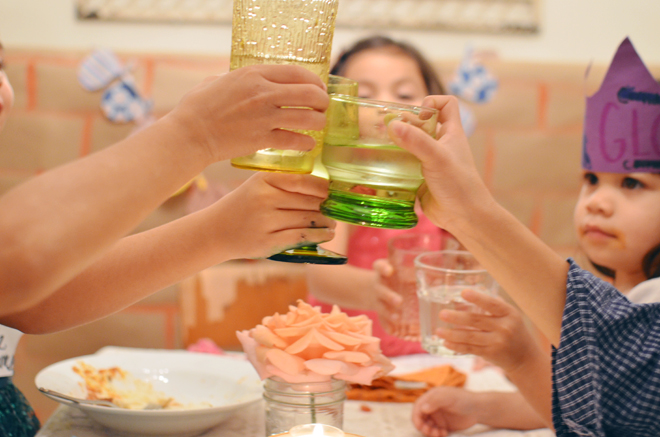 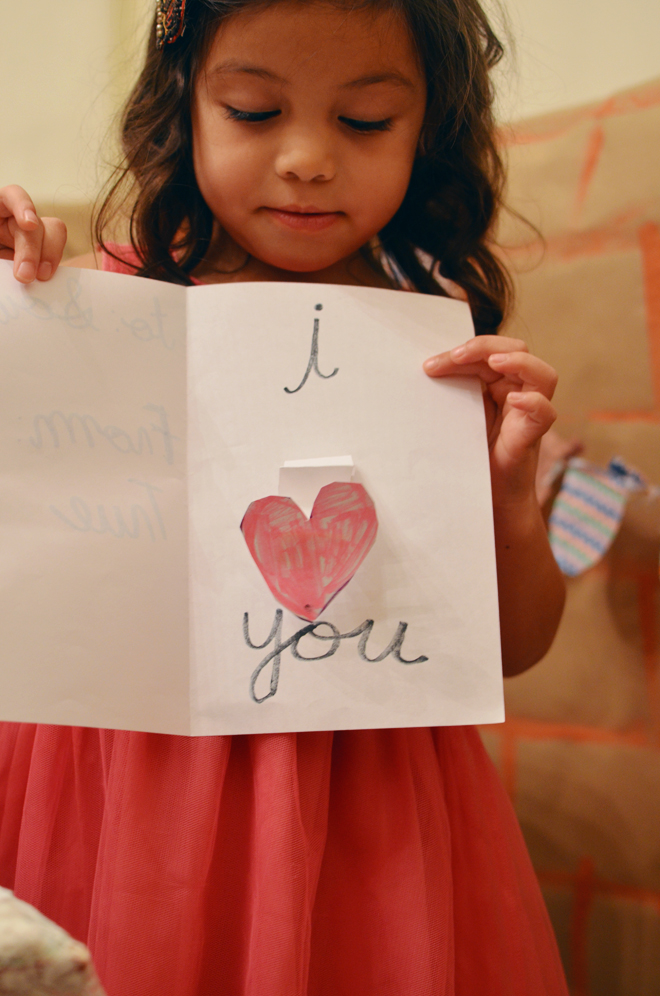 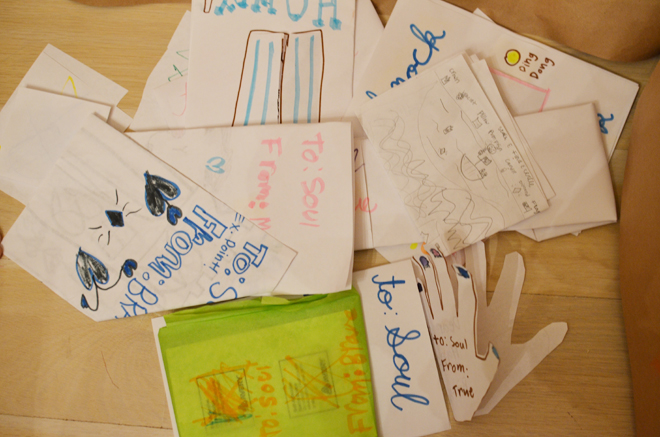 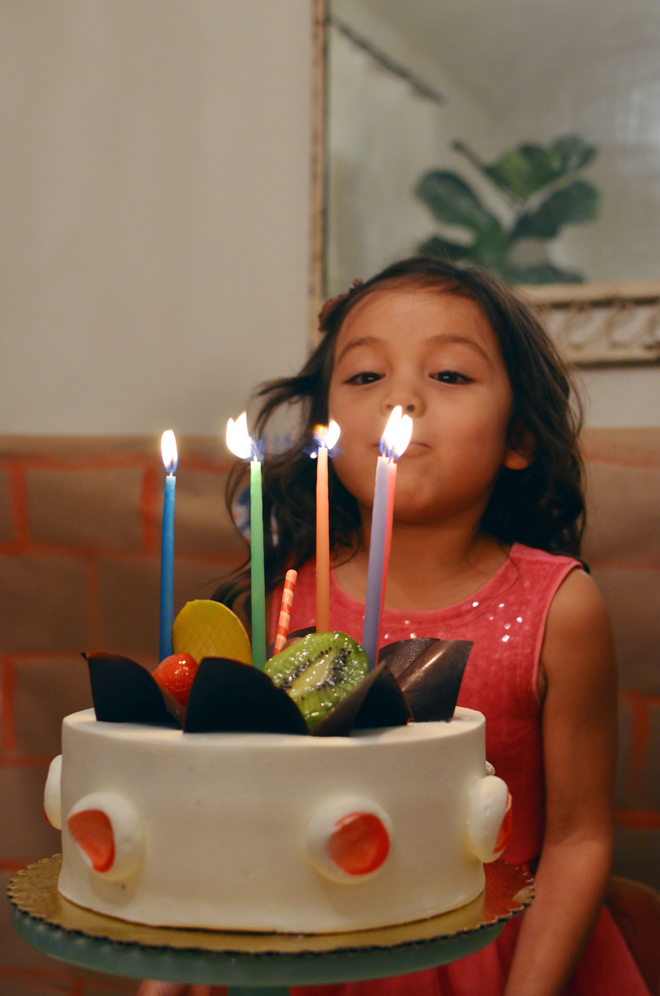 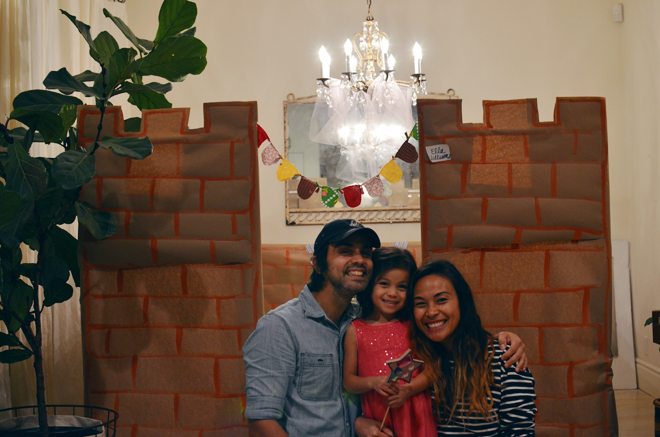 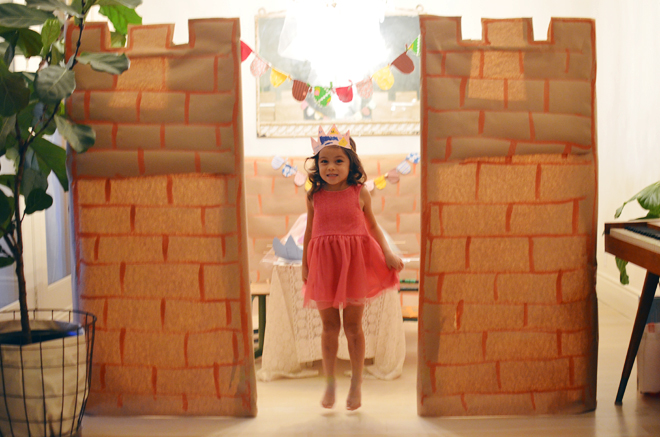 Last year, she requested a “fancy party,” so that’s what we did and Ben was the butler. I thought for sure she would want a hotel birthday since that’s what all her sisters got this year, but she said she just wanted to go to a hotel to swim and not sleep there. Then, since she had a swim class scheduled on her birthday, she said she didn’t need a hotel. HA! So the request changed to a princess party at home.

While Ben was chauffeuring the girls to classes and errands during the day, I was able to put the meat on the castle’s bones, so to speak, as well as prepare the party table. Soul saw the castle’s frame in the morning, but when they’d pop in and out throughout the day, Soul could see her princess dreams come to life; it was neat to see her light up with excitement. Ben even took her to a local bakery to pick out a cake, so she was quite happy to be in charge of that. She picked one that looked fit for royalty!

It was just a small list of princesses invited… her sisters and a neighborhood friend. Soul was dubbed Princess Soul-fia by True (that was very clever of her), and wore this dress. Brave was Merida and Glow was the Swan Princess, and both chose to wear Misha Lulu dresses we already had (okay, I gave Glow two choices and she picked this one). True was Queen Elsa and wore the Elsa costume we had. Their friend came over decked out in beautiful sequined dress, and Ben and I had five little princesses to attend to.

They participated in a couple crafts, played some games that True and Brave made, sang Disney Princess songs, and we served them dinner. And of course, when fancy glassware is involved, there must be a toast. Soul was itching to open up her presents; we got her two coloring books, and the sisters made a whole lot of handmade presents. Then last, but certainly not least, came the moment she was waiting for… cake! We had a couple rounds of singing and then the girls had a few rounds of cake.

It was a delightful evening being able to spoil one of our little princesses. Her glee all day long made Ben and I so happy. I can’t believe she’s 5! We love this feisty girl of ours. If you want to see how we did the castle frame, I’ll have another post for you soon.