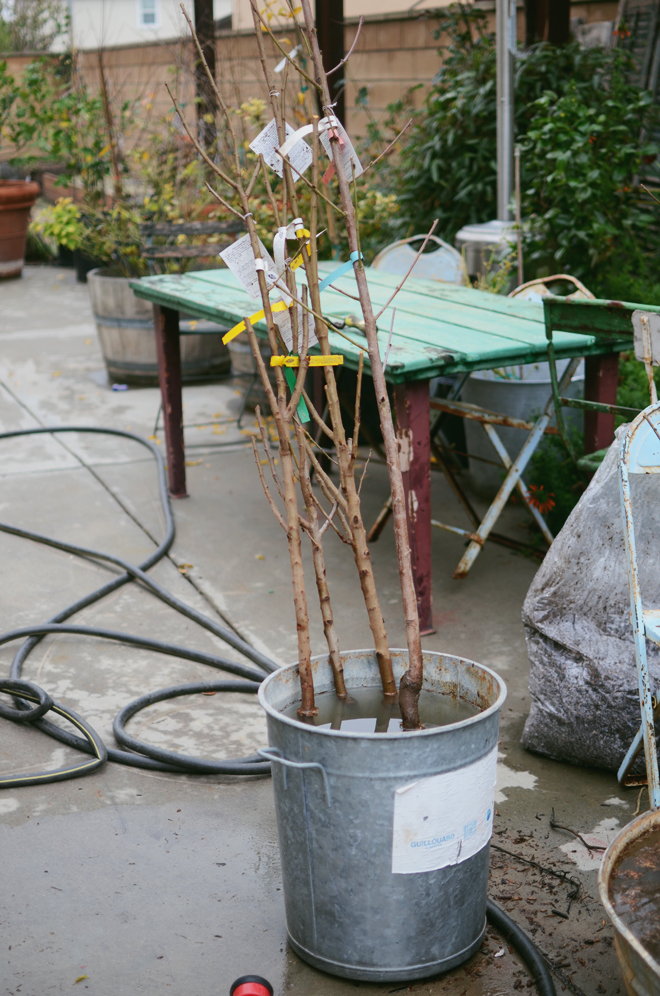 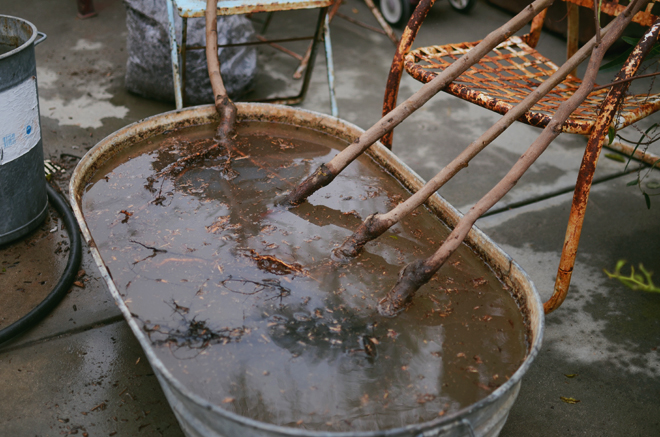 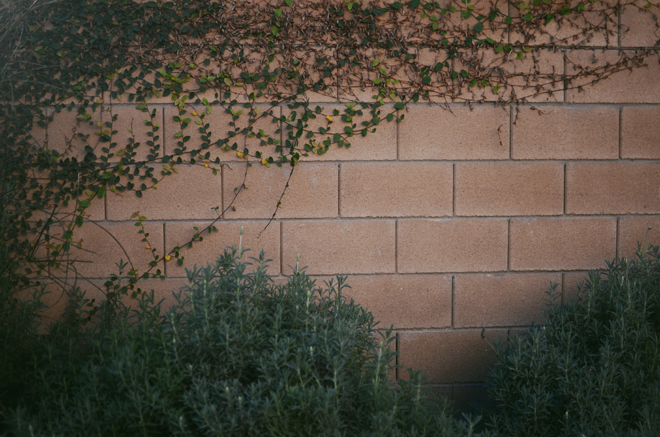 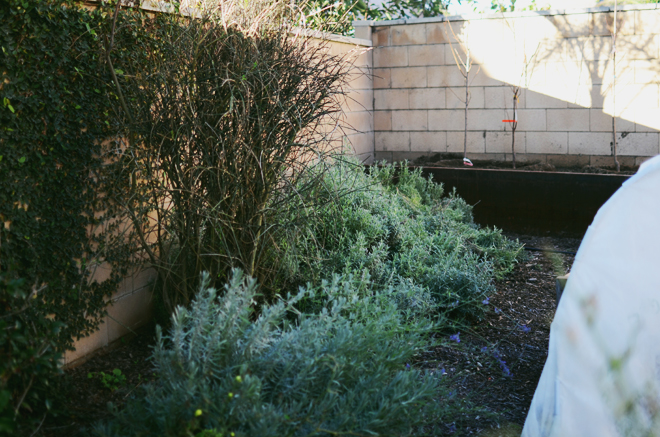 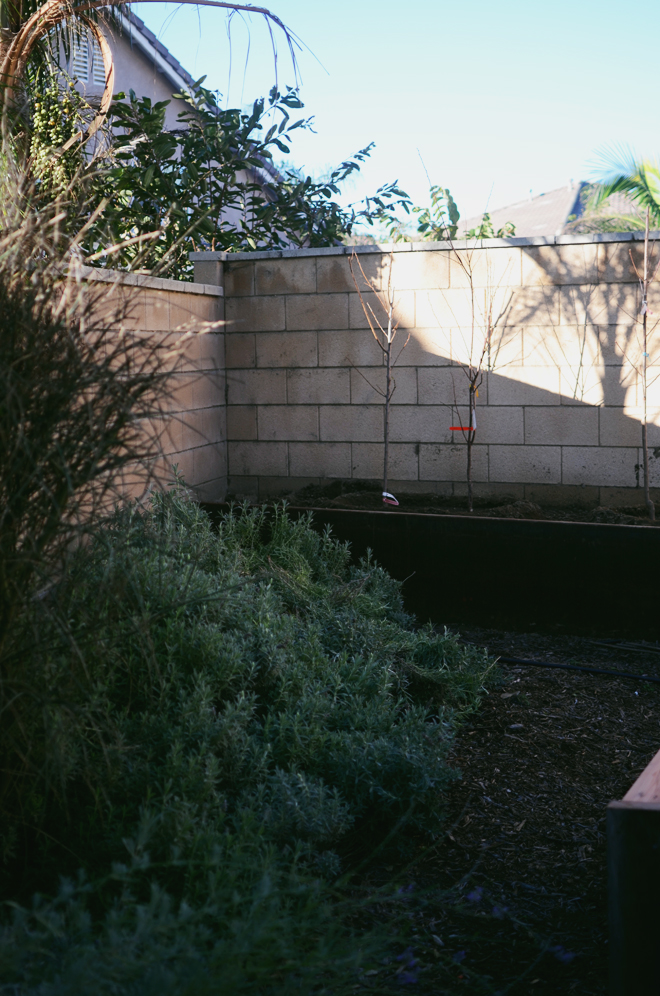 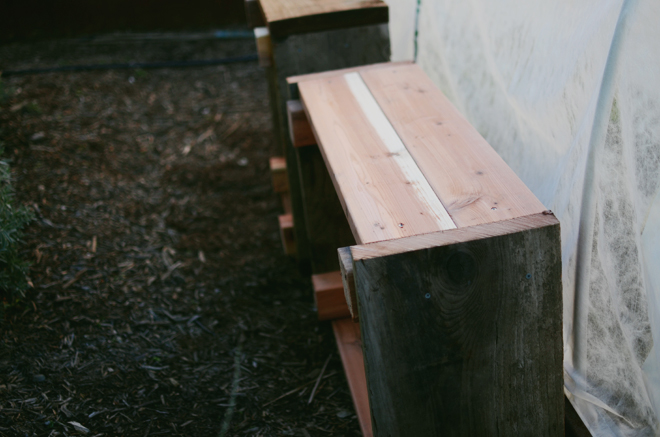 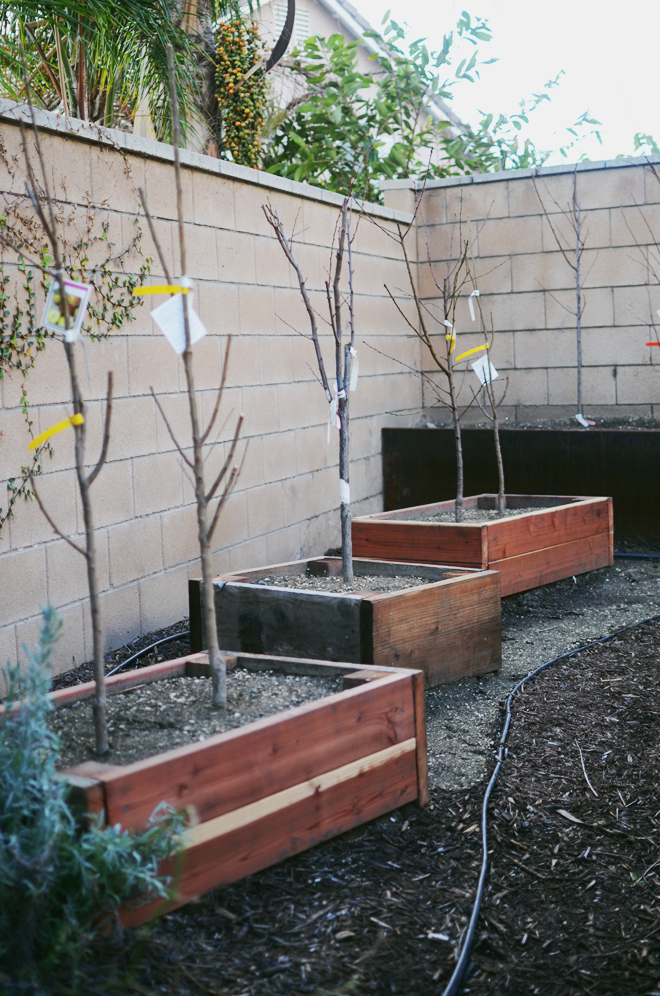 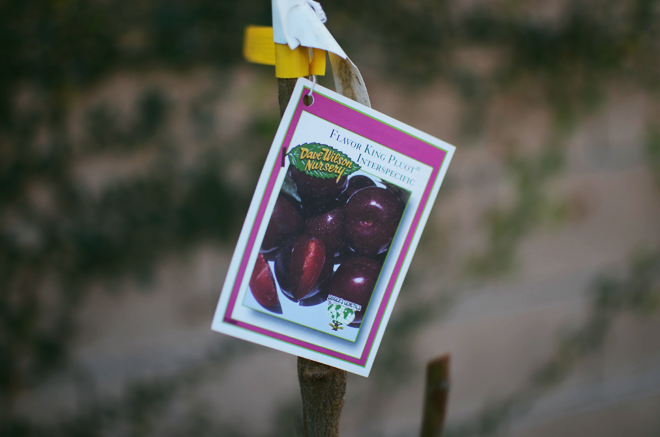 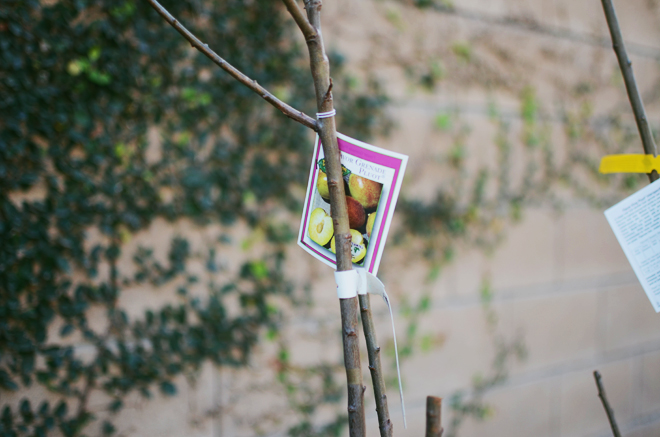 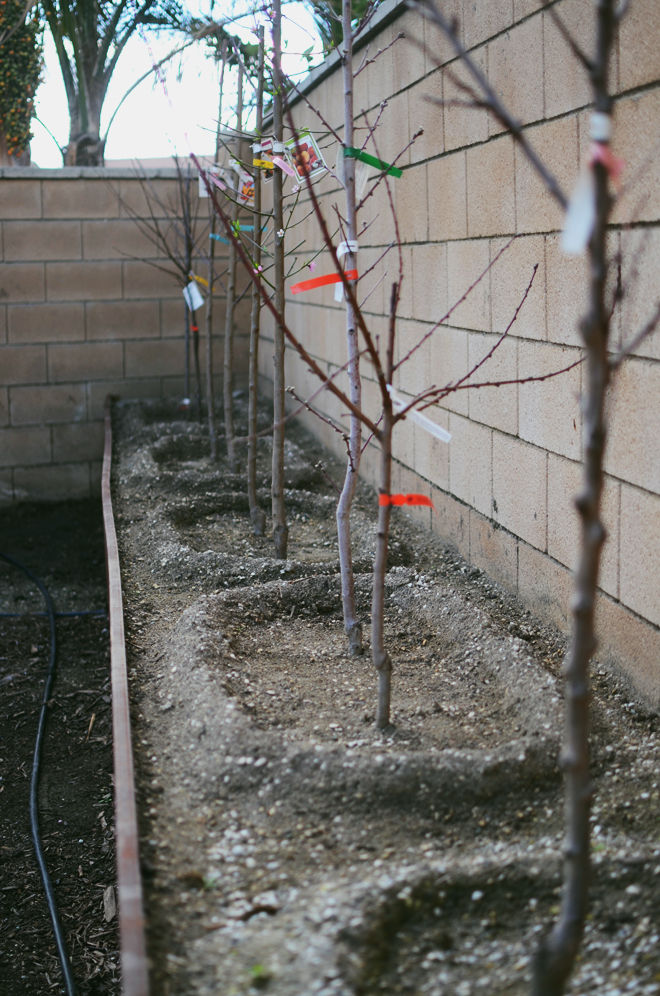 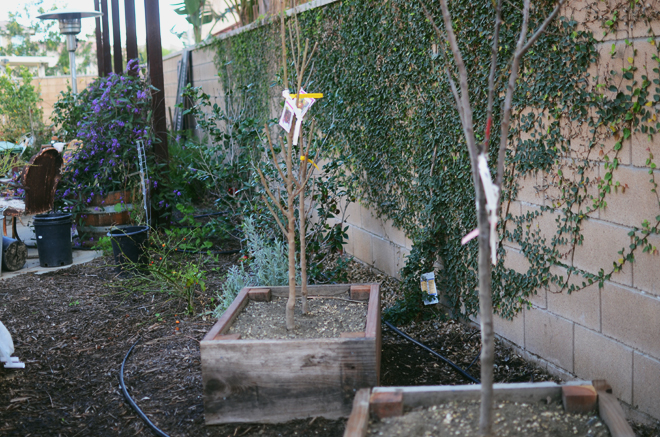 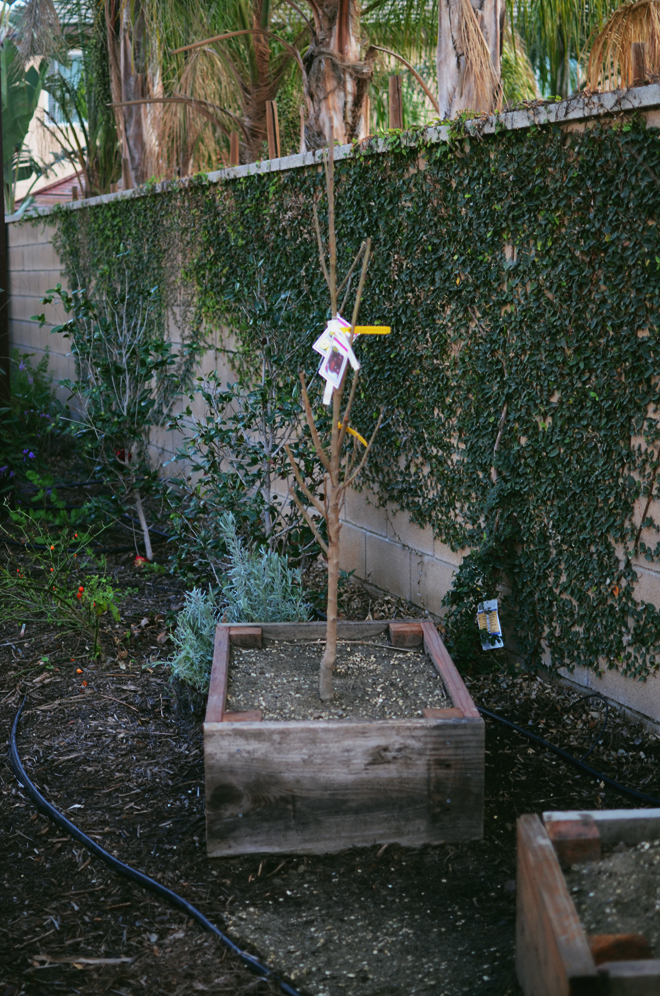 There goes Ben again, he ends up pulling some of our plants to put in more fruit trees, and I think it’s pretty funny. Always looking for backyard real estate to “shoehorn” in more fruit trees! The latest victim? My overgrown lavender bushes and my broom plant (the lavender is being relocated around the wooden beds.)

As a result of the poorly draining soil in our backyard, we’ve had to raise the roots on the fruit trees, off of the ground to allow them to properly oxygenate. Some of the beds we had custom-made from Corten steel; these recent ones he made from old redwood scraps he had combined with new redwood boards (he said the cost of redwood has more then doubled since the last time he purchased it a few years back!).

It’s bare root fruit tree season, so now is the best time of the year re: price and variety for a lot of these deciduous fruit trees. The vast majority originated from Dave Wilson Nursery. The apples he just purchased at his most recent CRFG (California Rare Fruit Growers) meeting, from Kuffel Creek (they specialize in apples for hot climates). Here’s a listing of all the deciduous fruit trees we have in beds now (the rest of the fruit trees consist of some citrus, blueberries, a passion fruit, guava, a kiwi, and a wax apple tree.):