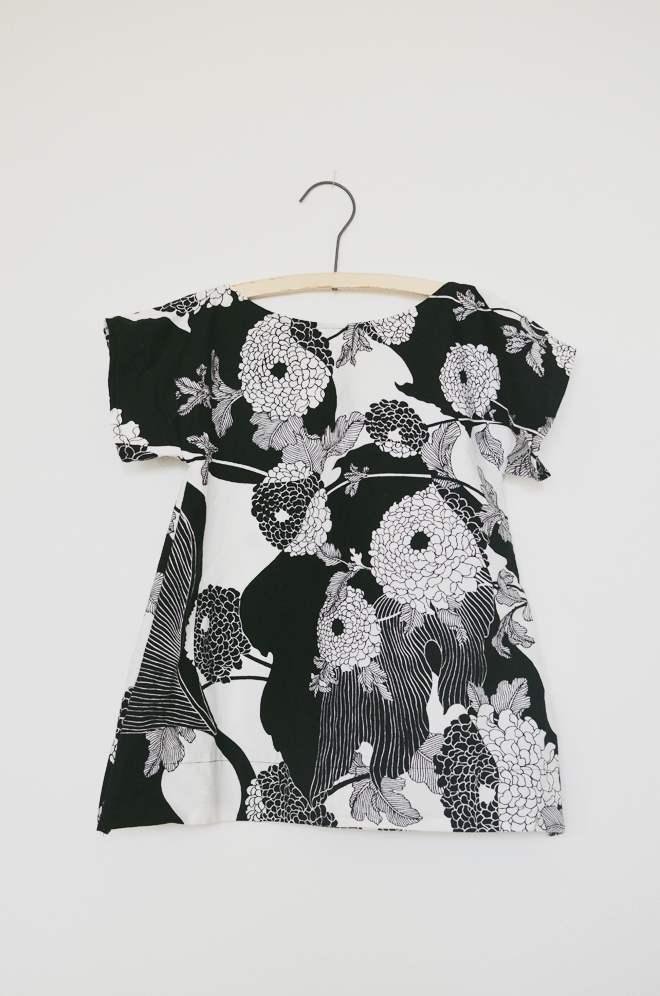 I sewed this top/dress. If worn by True and Brave, it’s a top, or if worn by Soul or Glow, it’s a dress. The fabric is from this old skirt I made for myself 8 years ago (see here!), and I no longer wear it, so I cut it up and sewed it into this top/dress. I’ll probably make another style of top/dress for the girls since there’s still plenty left of that fabric. I love recycling fabric and that the girls can all share clothes too. 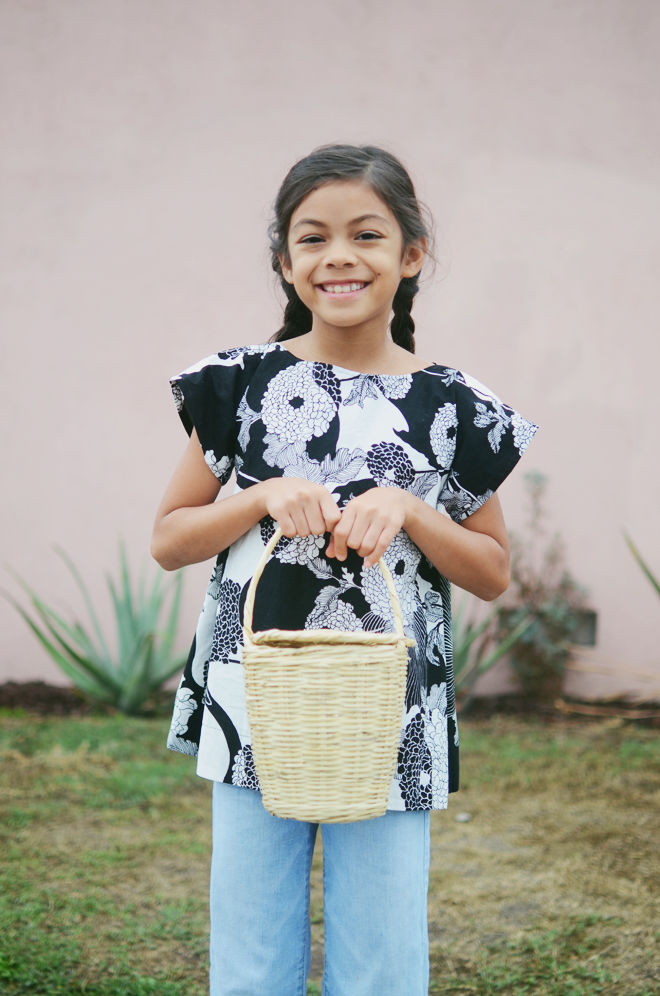 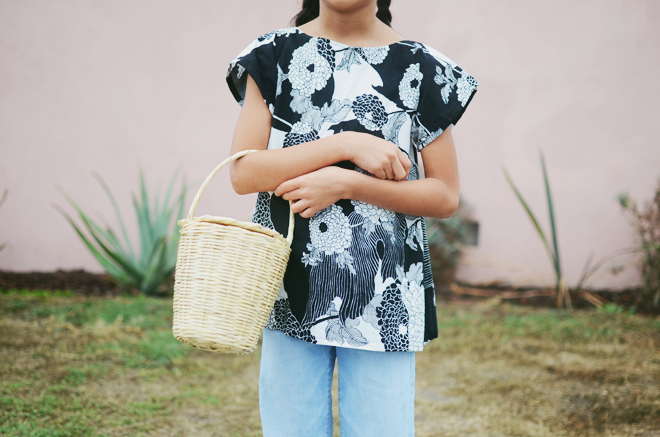 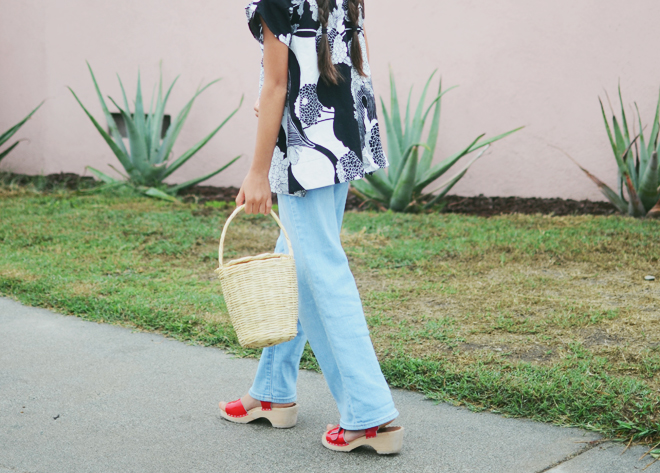 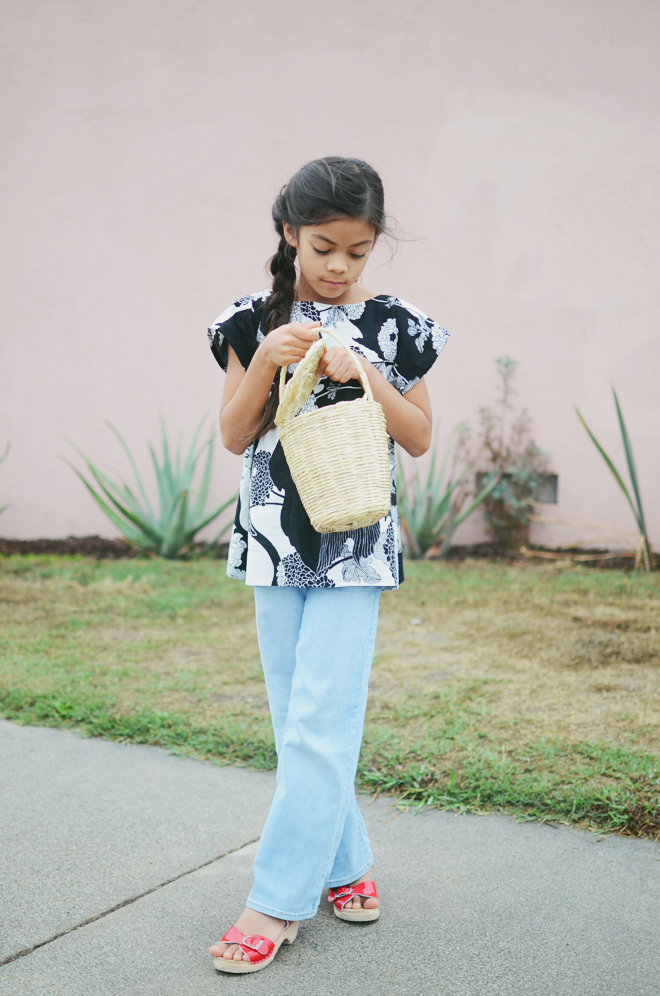 Where did this big girl come from?! She is the most similar to me in personality, but also the most similar to Ben too. She’s Ben and I split 50/50. True hates skinny jeans (and it isn’t my preference either), and much prefers wide legs and flares, so it’s another way we are similar. Brave and Soul are cool with skinny jeans, and Glow hates jeans in general. True tries to mimic how I dress (Soul does the same), so imagine her excitement when a mini Birkin basket arrived in the mail (Thanks Ana!).

I have my basket collection, but my girls have their own going on too. They used to throw all their stuff in my bag, but I’ve cut that off (they put so much junk in my bag!). They’ve started carrying around their own baskets/purses to tote around their own stuff.

These baskets are handmade in Portugal and are commonly used as lunchboxes. I’d say that would be the coolest lunchbox around! This particular day, True was toting around her notebook, a magazine, and sunflower butter and jelly sandwich in it. Thus, it is quite a utilitarian little basket.