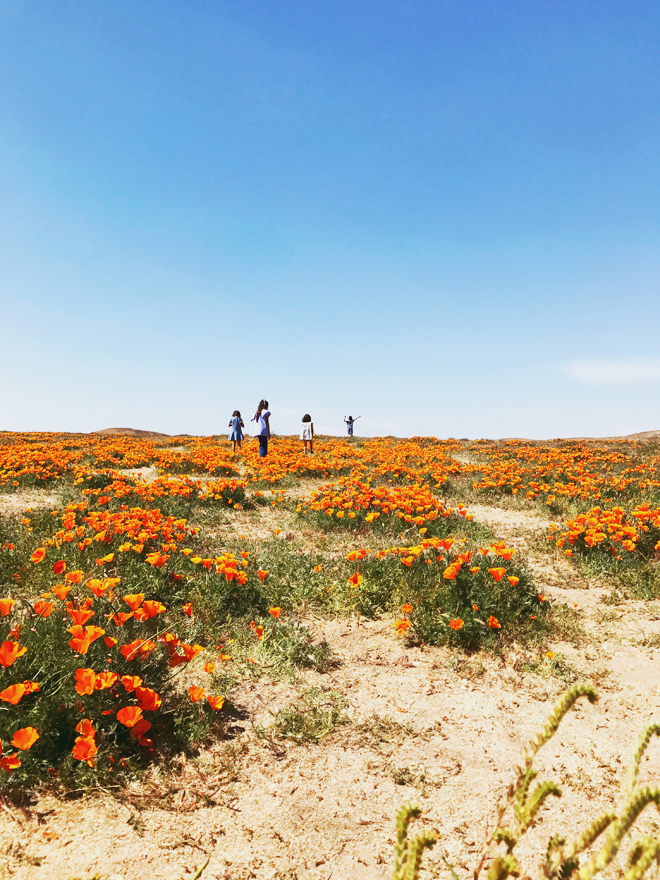 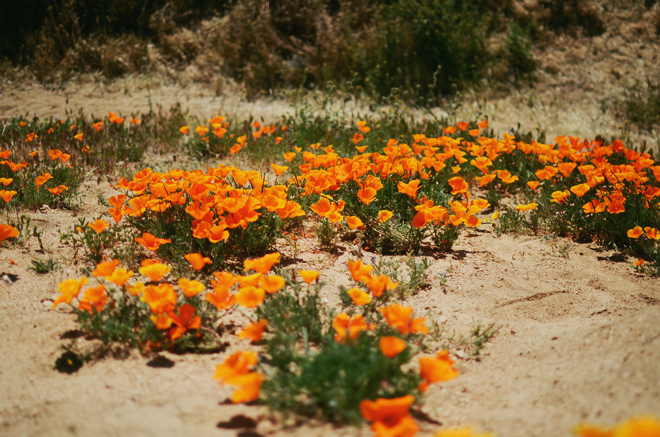 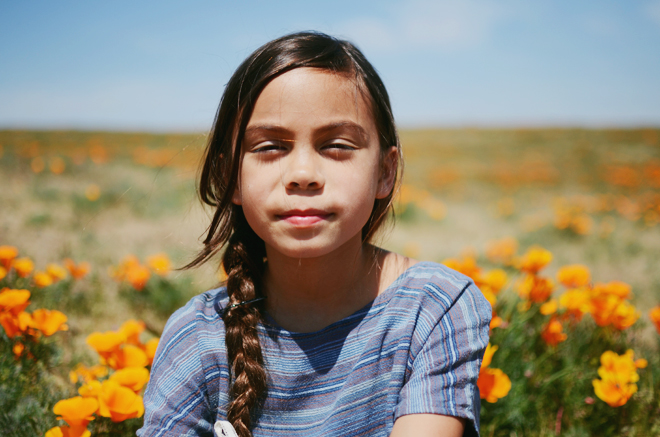 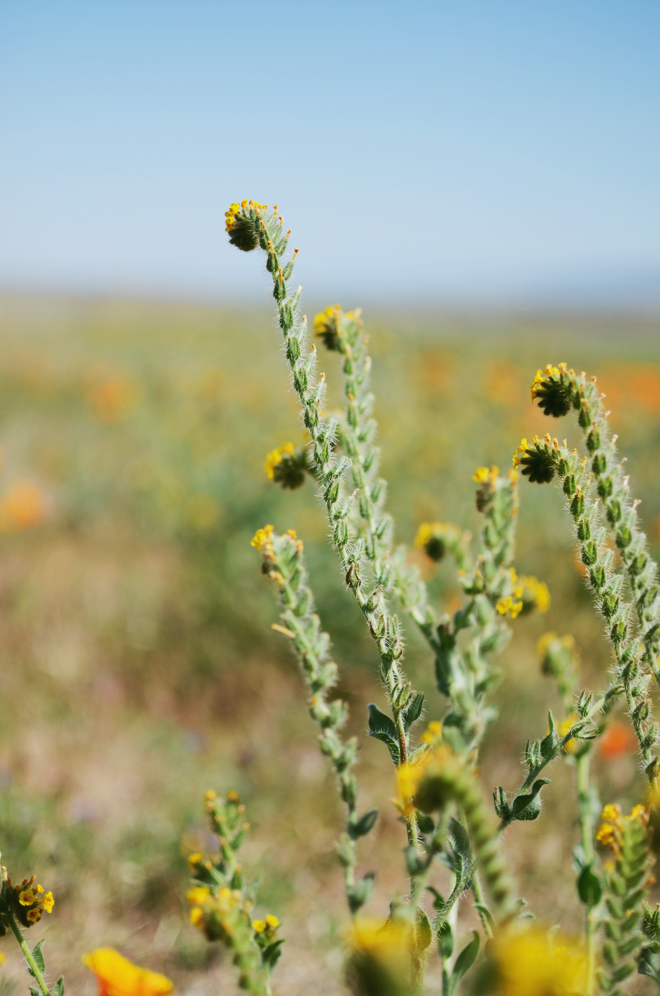 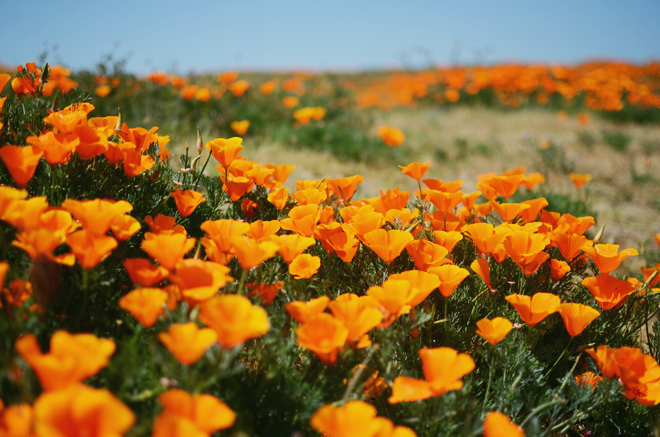 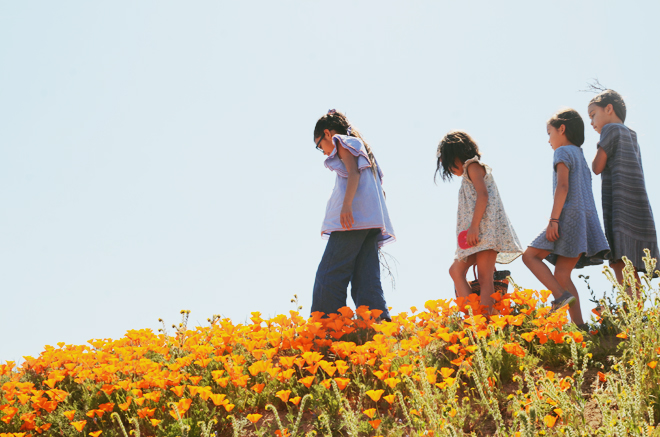 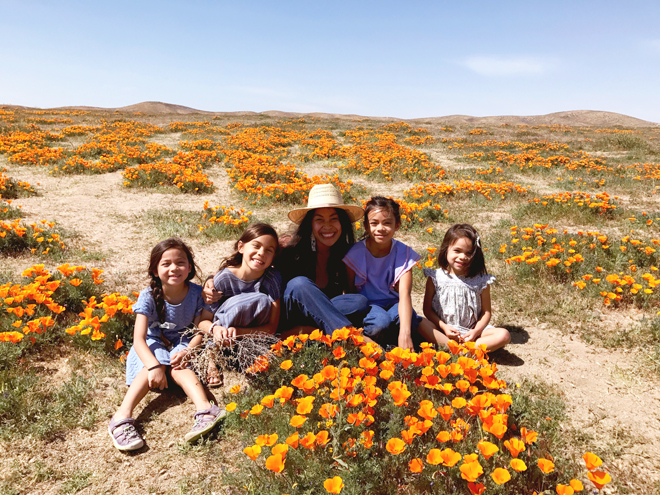 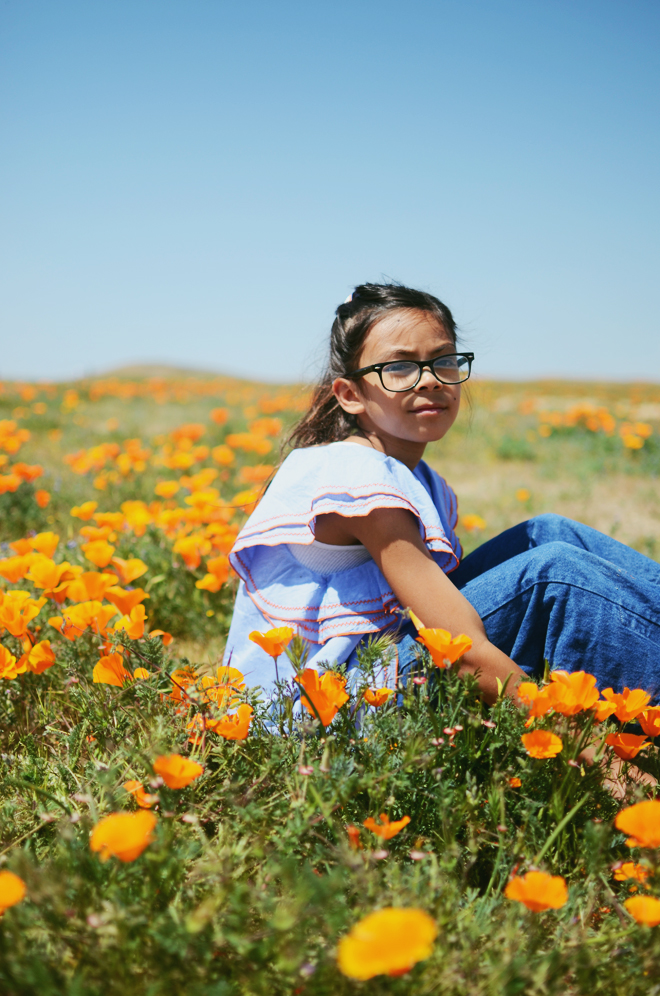 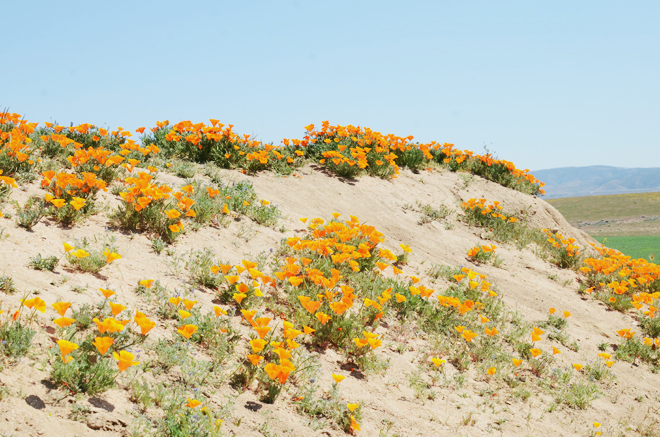 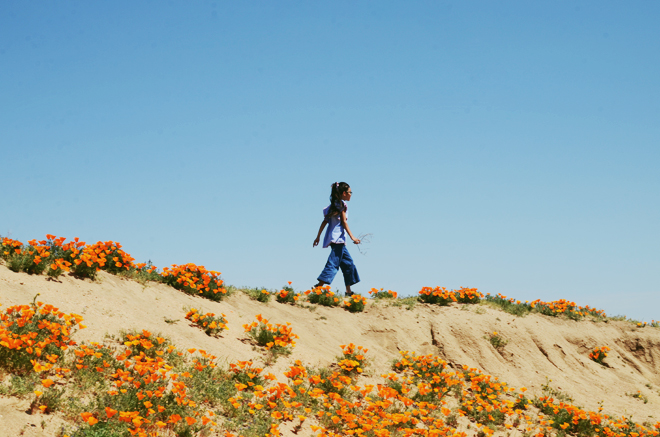 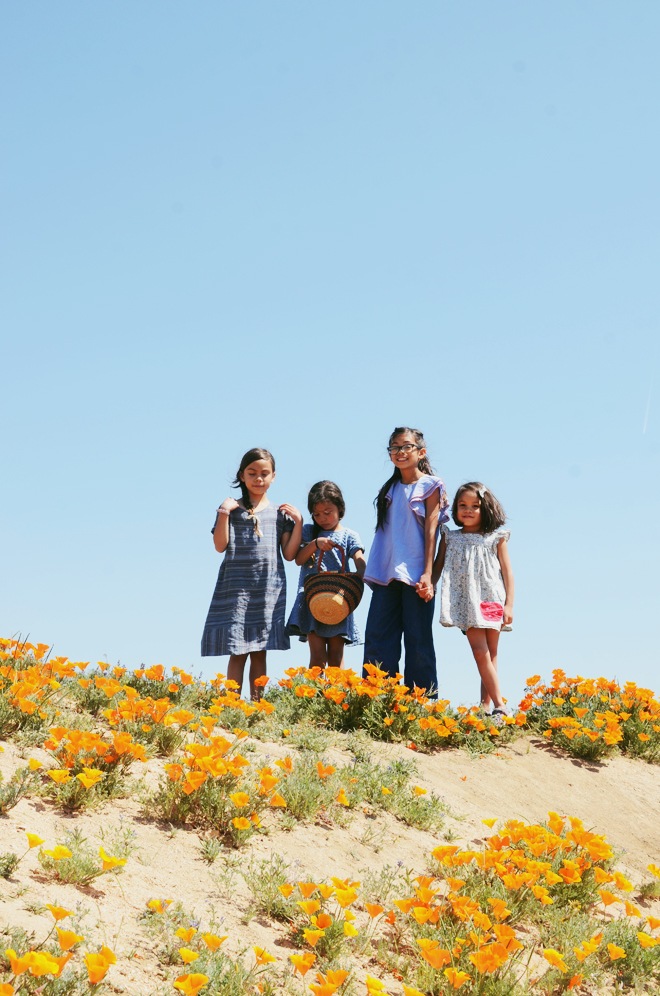 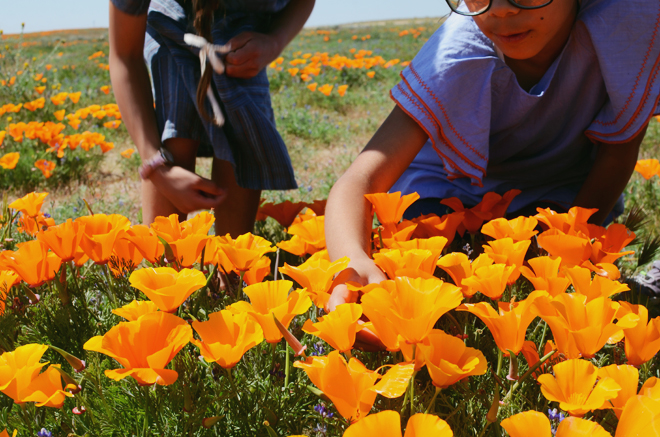 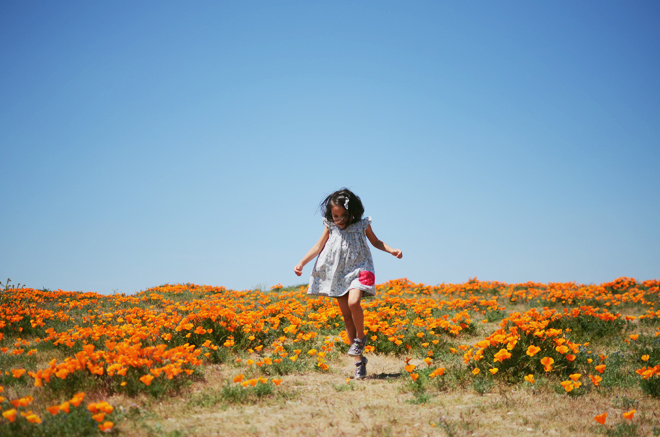 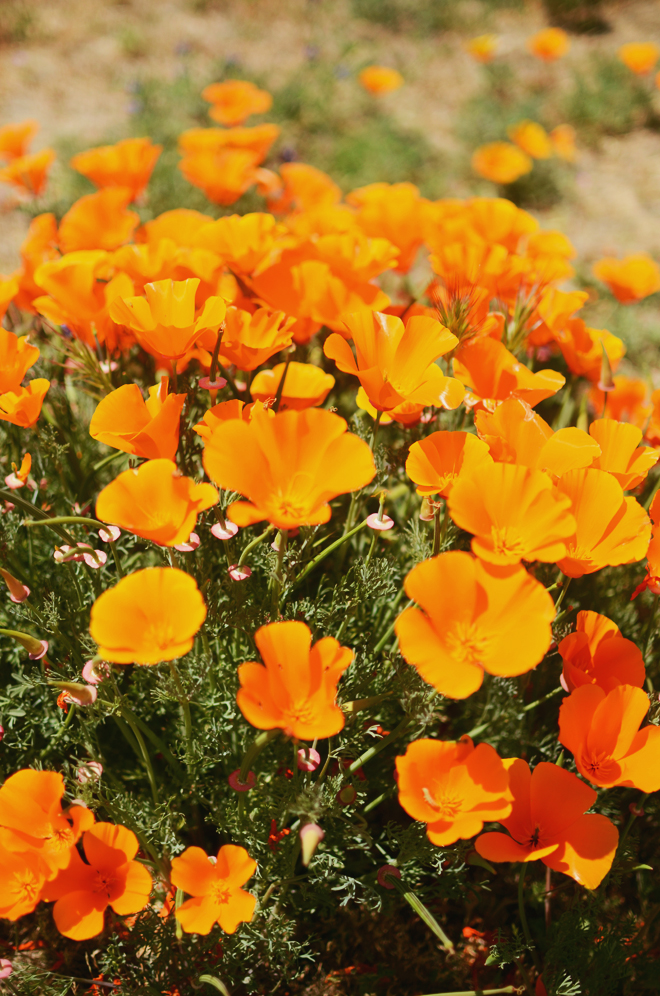 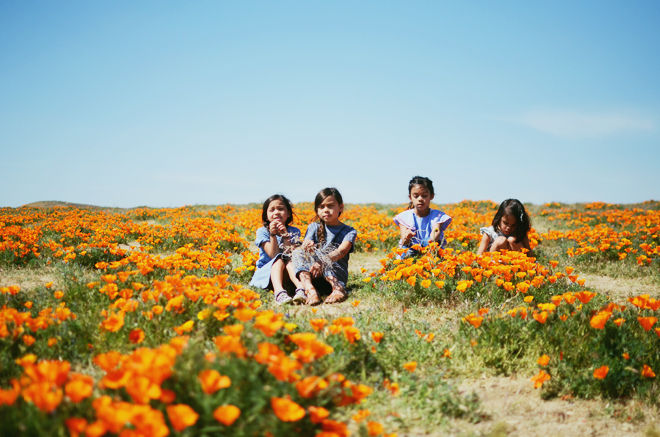 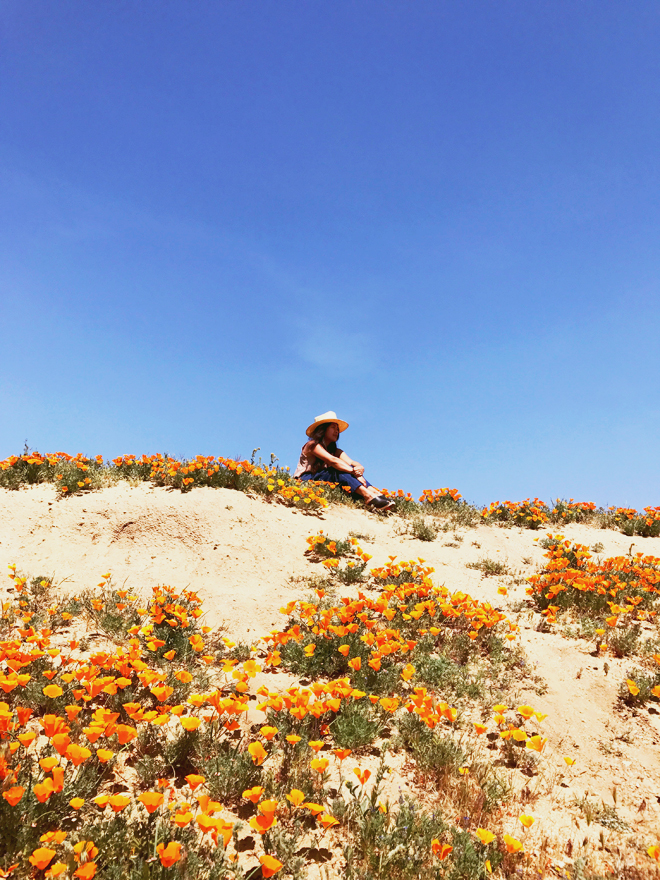 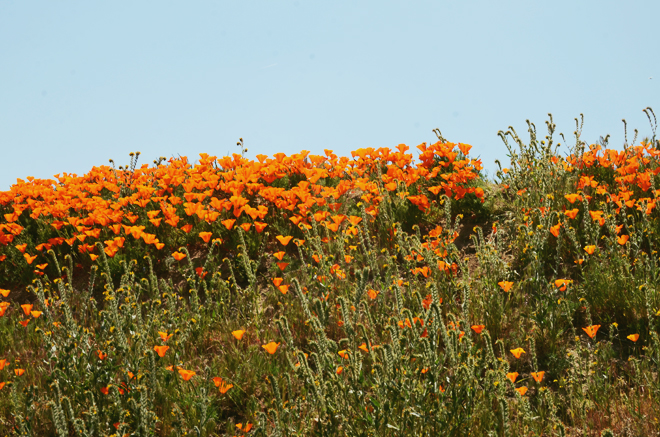 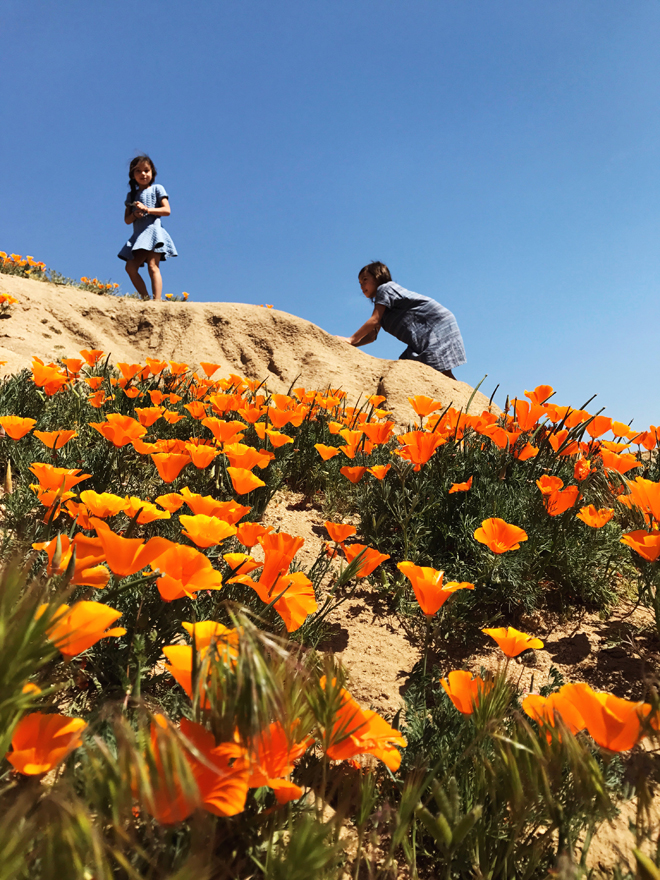 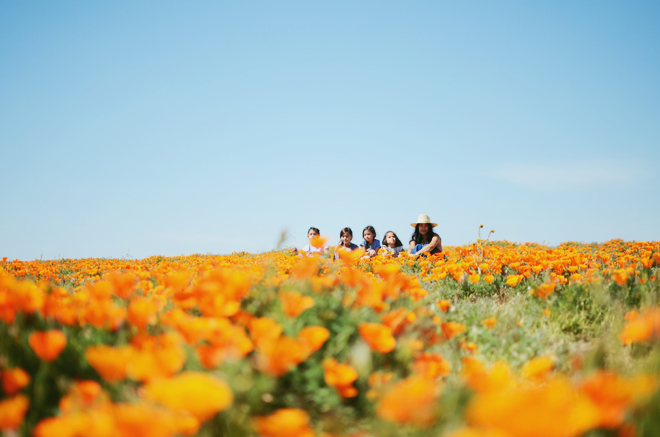 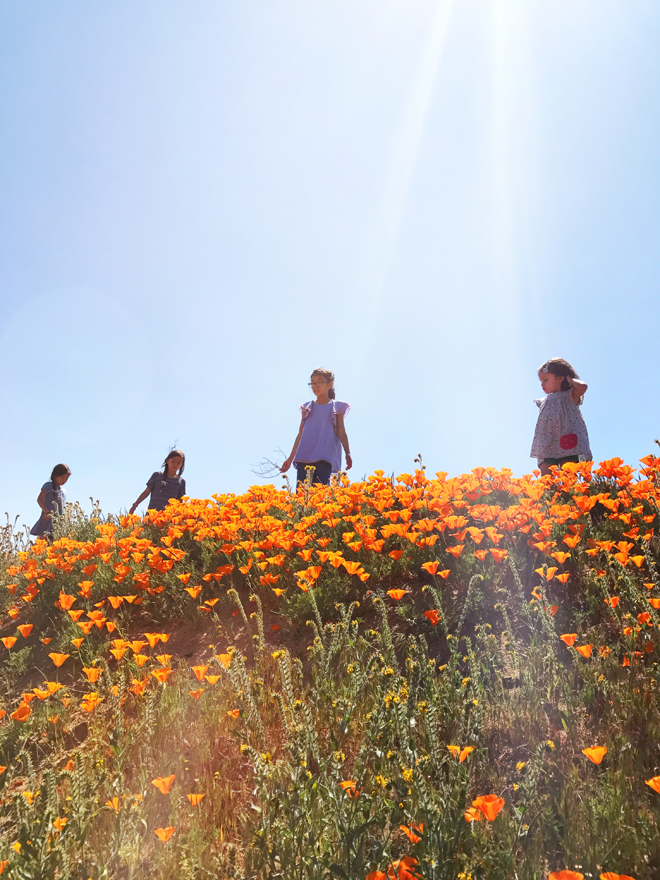 Last Monday, pretty much spur of the moment, the girls and I took off midday to the Antelope Valley California Poppy Reserve. It was a long drive (2 hours), but I don’t mind driving as long as it isn’t in traffic, and thankfully, there wasn’t. The girls did school in the car, and with music blasting, we made our way to see the fields of poppies. As we neared the poppy reserve, the girls got giddy seeing spurts of poppies here and there. First, it started with small groupings scattered about, then suddenly, happy hills covered with orange appeared (and lots of cars parked on the side of the road). Once we parked and got out, they immediately took off exploring. A friend had told me that you really needed an hour there, but we ended up spending almost 3 hours there. It was Monday of Passion week, so we all sat together and read what happened on Monday together. Then, the girls wanted to play, so I parked myself on the ground and let them play. I watched as they ran up and down little hills (being careful not to step on any poppies), collected tumbleweeds and turned them antlers, and went “rock climbing” on large, smooth rocks they found on the side of a small hill. When it was time to go home, they protested a little because they were having so much fun.

I was enjoying everything so much too that we walked around the fields a bit more, took more pictures, but then that when things started to go south a little. There was a sweet couple who offered to take our picture, and somehow when we all sat down for it, I smashed True’s “deer antlers.” I hadn’t realized it until when we got back to the car because she burst into tears that she didn’t have antlers. Oye! She explained I smashed it when we took the picture. I felt bad, so I was encouraging her to try to find another one. Well, it took awhile until the crying stopped, my temper flared up because the crying wouldn’t stop, and then when all was calm, it took more time to find another pair of antlers. And that’s real life folks! While these pictures show all the fun we had, we also had to deal with fragile hearts and quick tempers, then demonstrate love and forgiveness with each other. Even with the bit of drama at the end of our adventure (and traffic on our way home), I’m so glad we made the trip out to see the superbloom at the California Poppy Reserve. It was definitely well worth it! 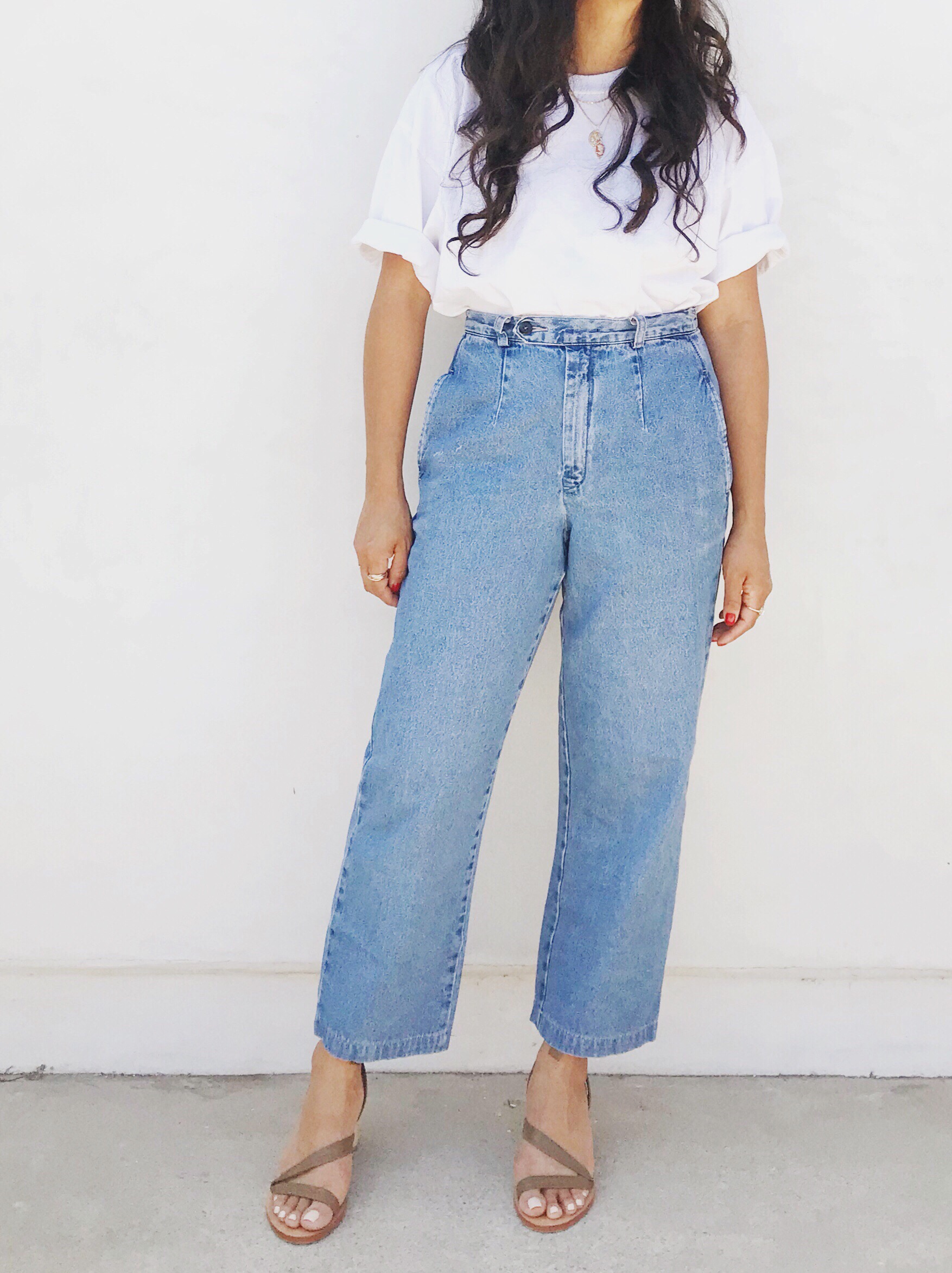 4 comments on “adventure to the antelope valley california poppy reserve”