Last week we had a pizza making night. It all started because I had another craving and this time was homemade pizza with shrimp on it. Good thing, I made a bunch of whole wheat pizza dough (recipe here) awhile ago and just stick it in the freezer for days such as these. 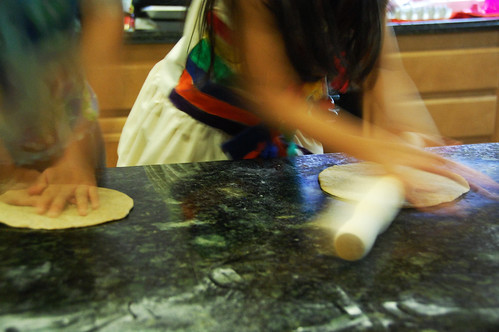 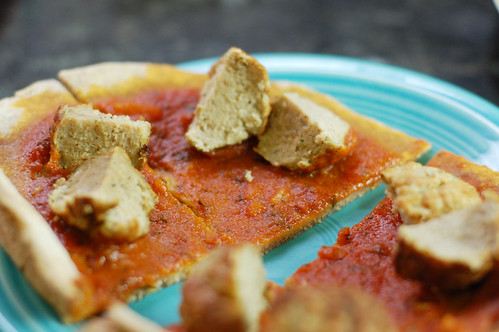 True of course gets her pizza with no cheese because she is allergic to dairy. 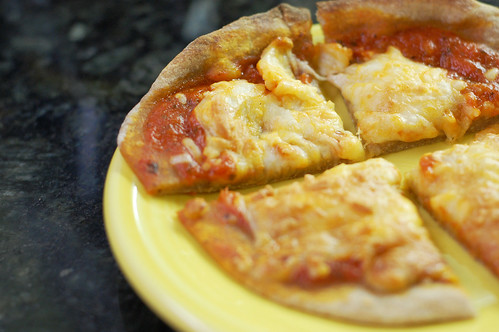 Brave gets her pizza with loads of cheese because that girl loves dairy. 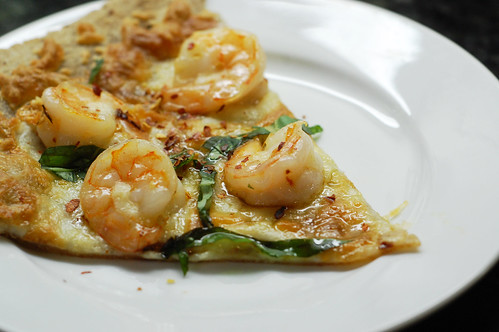 And the baby belly and I were happy as clams with our chili garlic oil and shrimp pizza with a bit of basil put on to add more oomph!
Once again, I don’t do any cooking, but just watch as Ben and the girls work their magic in the kitchen. I love having my own personal chefs!
Who’s the cook in your home? I am definitely not the cook, but I am the baker. Hence, I was the one who prepared the dough and stuck it in the freezer.