The final count for tomato varieties we have growing this season is 34. Good golly miss molly!!! We were running out of room that Ben had to build another bed. This time he made a rolling bed and we have it on the concrete. He used redwood and the approximate measurements 4′(w) x 2′(h) x 2′(d), with 4 casters on the bottom for easy rolling (though this thing is pretty heavy, so it does take some muscles). There are different ways to make this, but he followed the same design he used to make the raised beds, which he had originally learned about from Sunset. 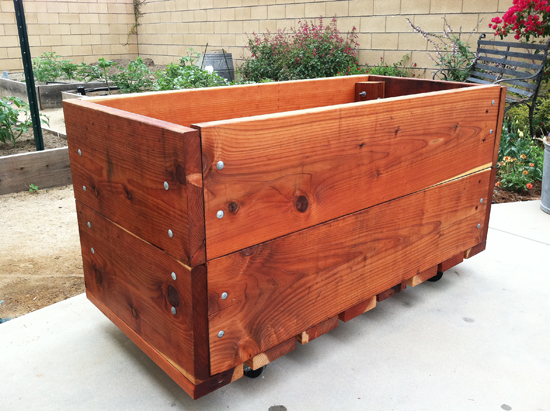 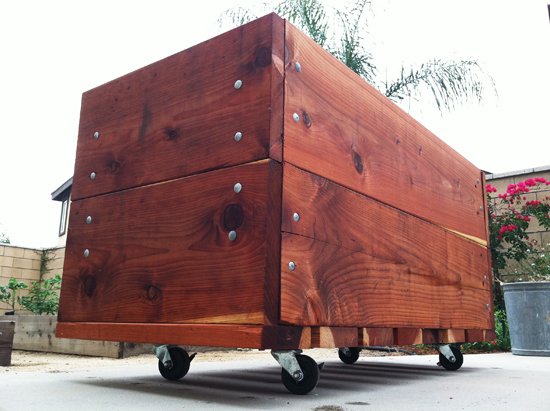 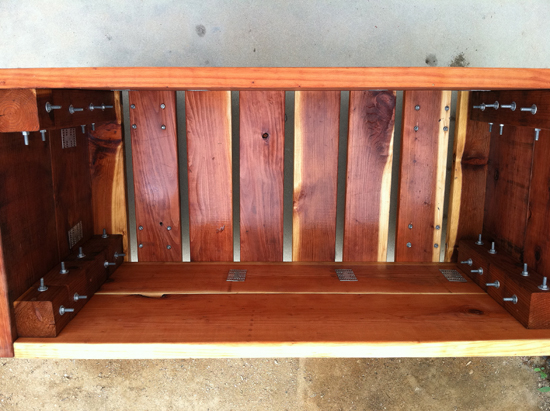 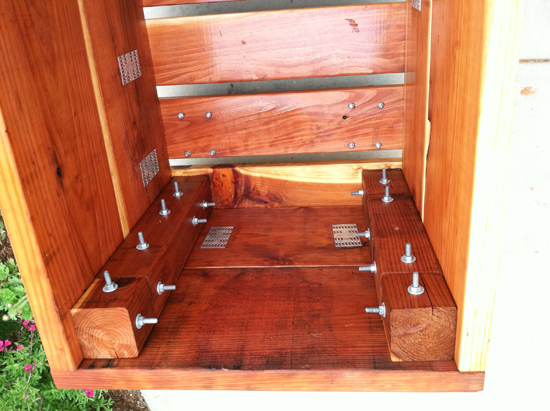 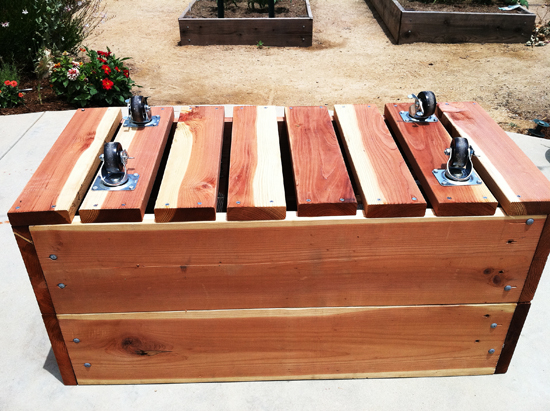 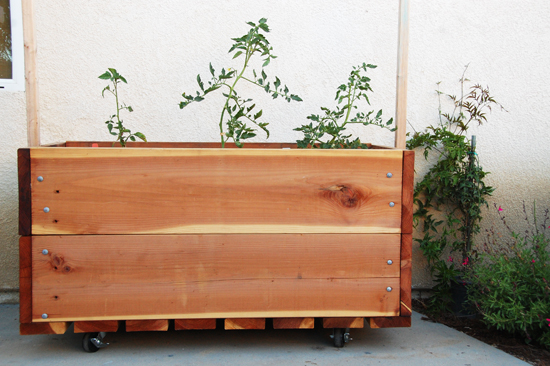 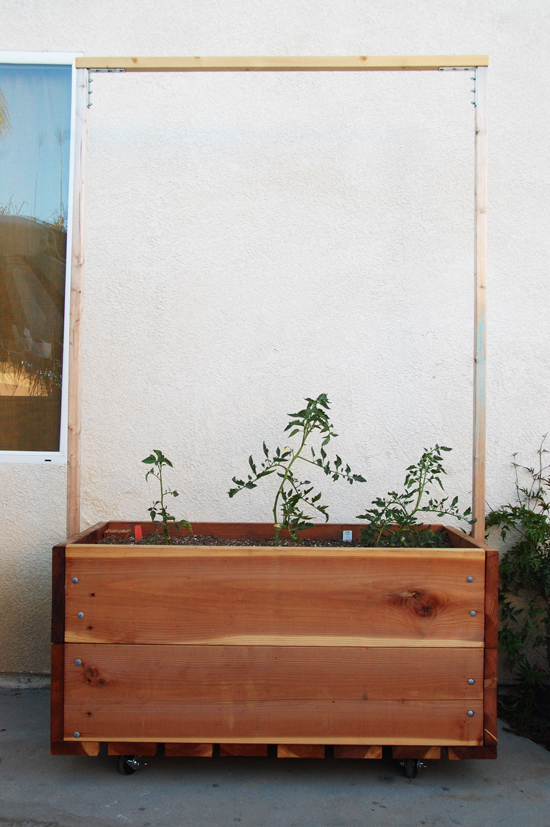 He added wooden poles up the sides and top, so we would be able to string up the tomatoes vertically as they grow. If you look at the raised beds in the first two pictures you could kind of see our tomatoes, but these pictures were taken a month ago and have they have grown like crazy since then! We have already seen some baby tomatoes on many of the plants and we are anxiously awaiting the day we could pick them and eat them up.
I think we are mostly done planting for the season. I got some french broom in (to replace one of the many plants the pocket gopher ate) and some type of growing vine. The heat has now taken over our days and I don’t think too many plants will fare well being planted at this time. We learned our lesson from planting last summer as we lost many plants because there was not enough time to get established before the heat set in. I will be ready this Fall to get my Spring plants in, but we will see how that will go as tending to a newborn and the bigger ones will definitely take precedence.
Do you have a Summer garden? What kind of crops do you have?
Once I get the backyard semi-cleaned up, we will give you a little tour soon.

the wet market in singapore