our very own mock election 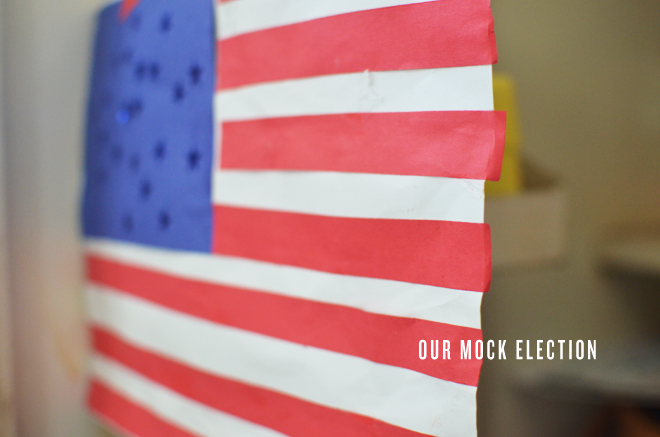 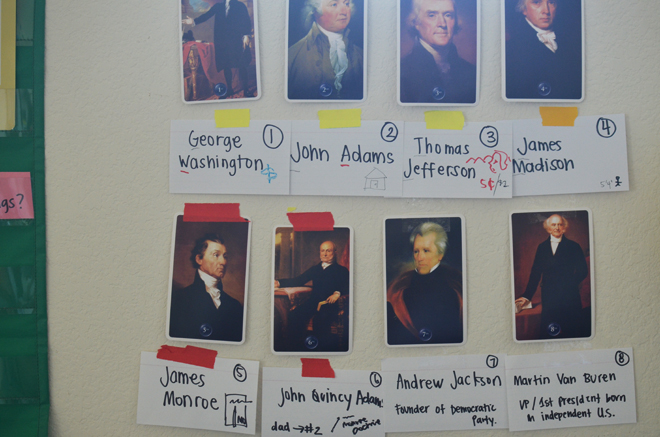 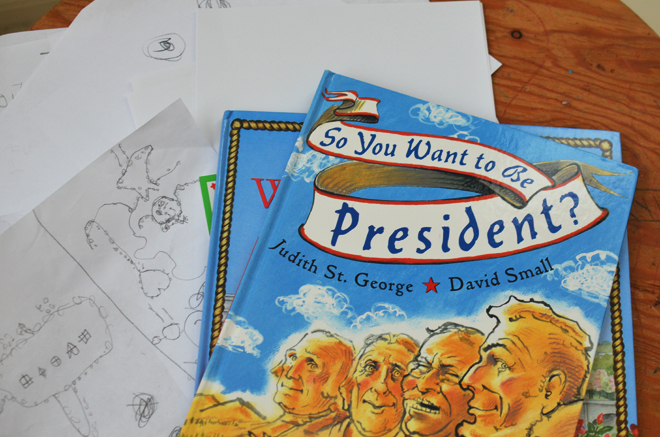 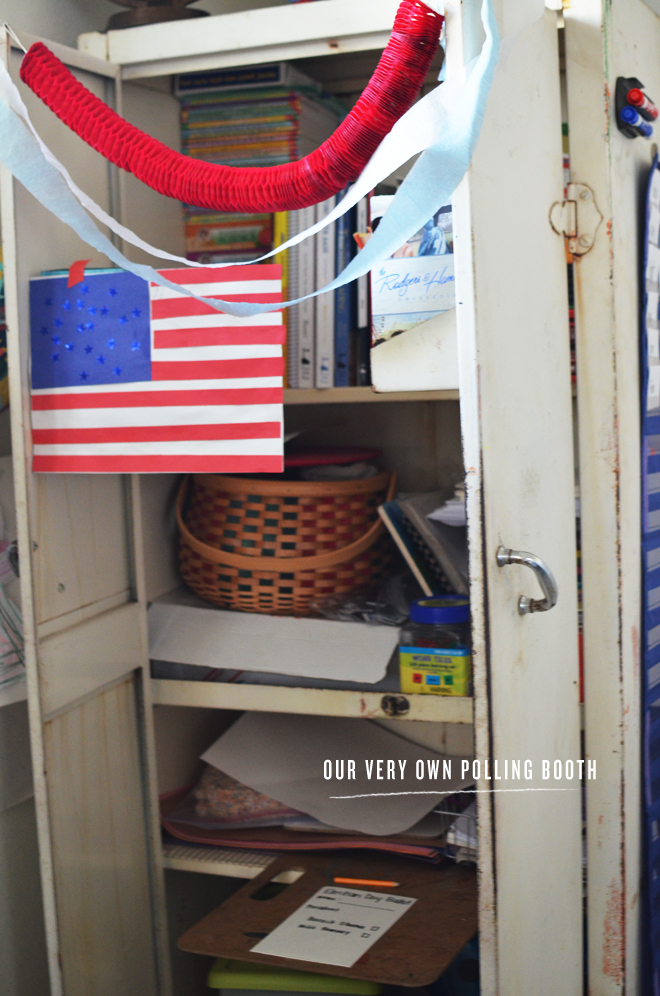 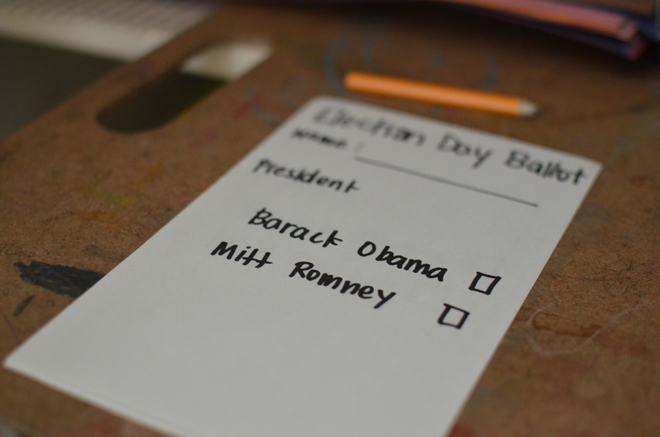 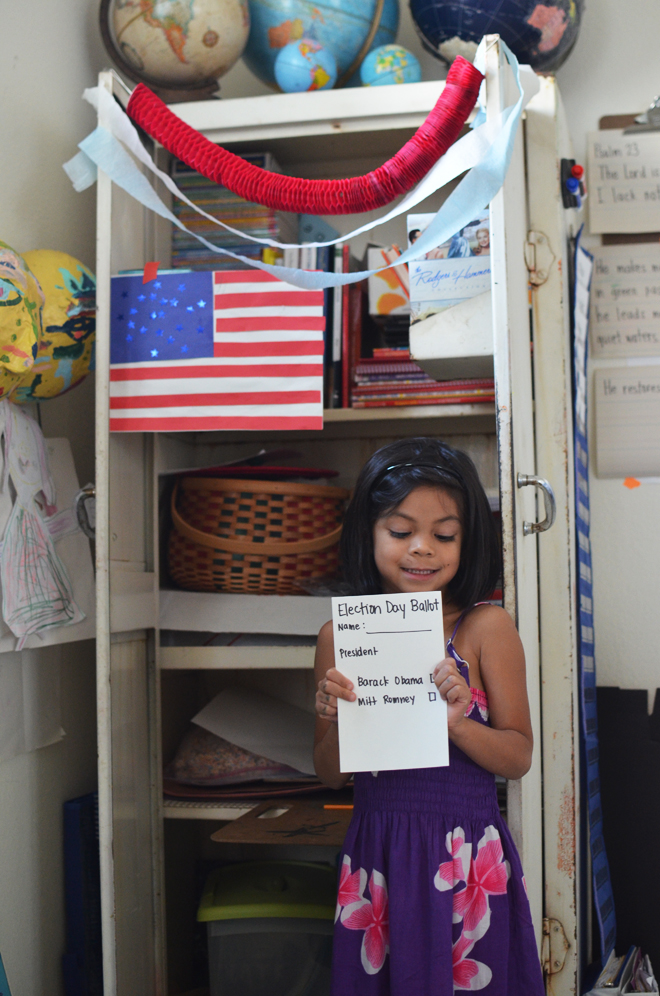 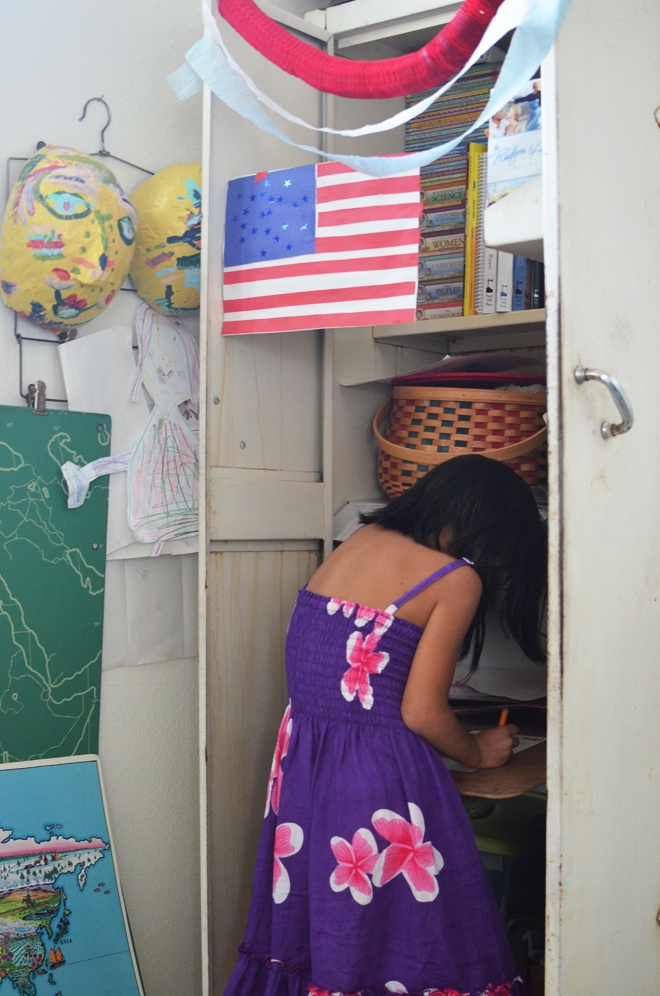 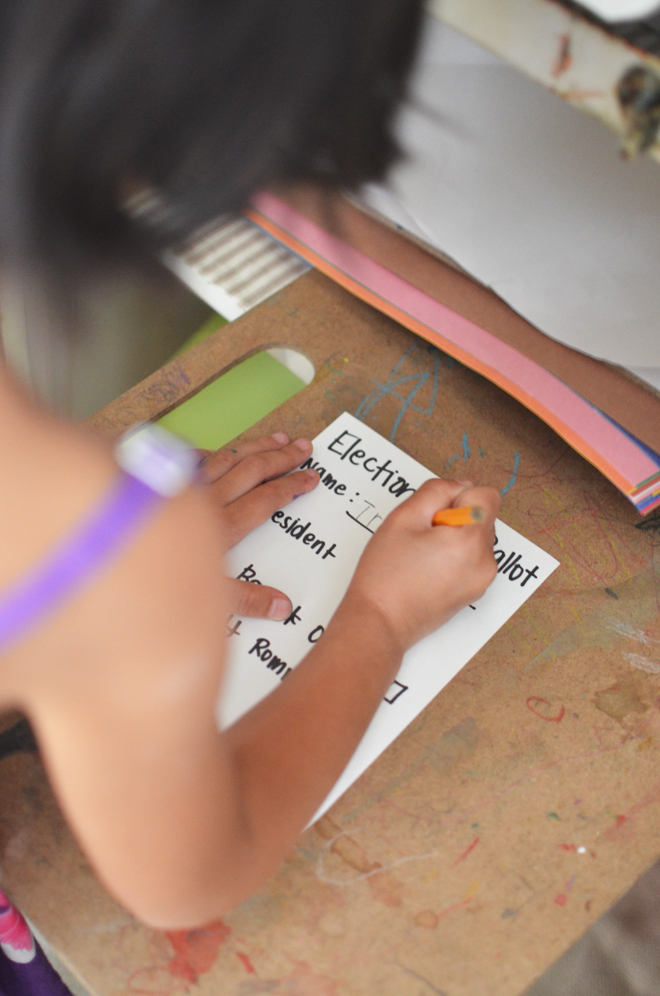 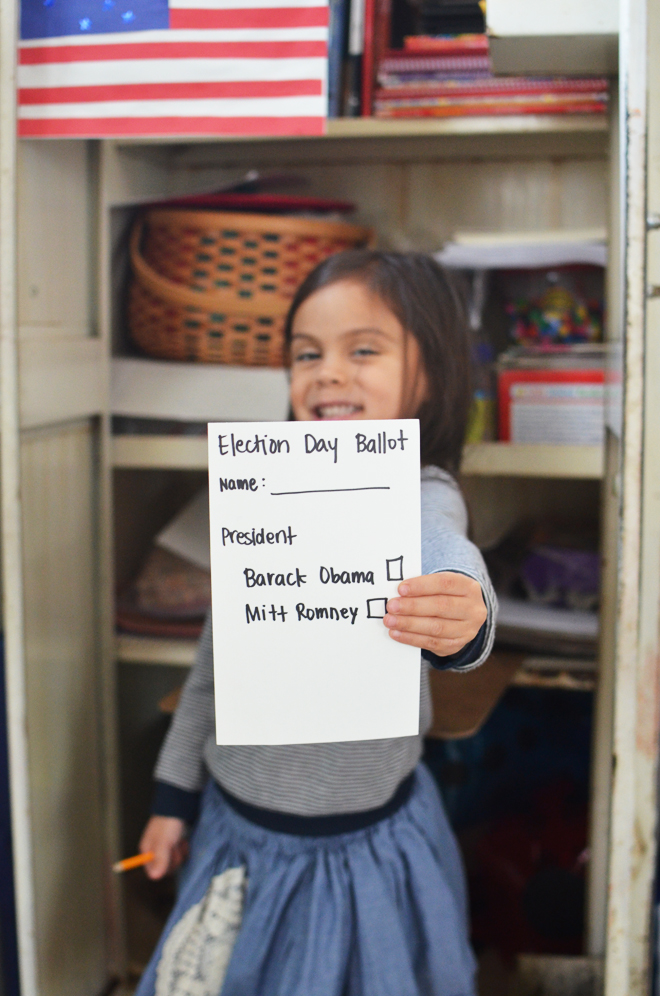 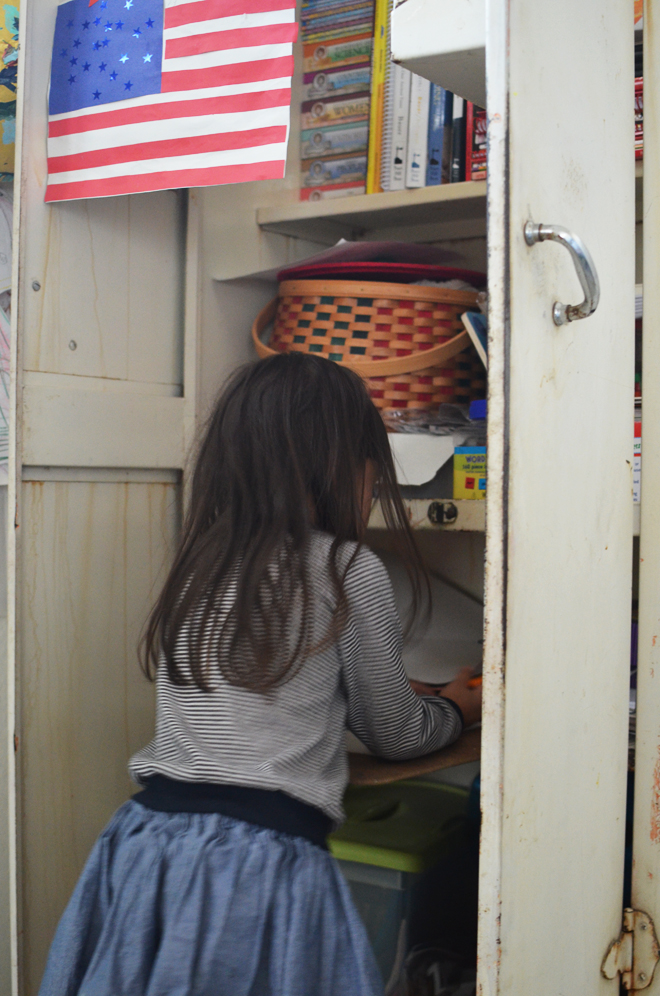 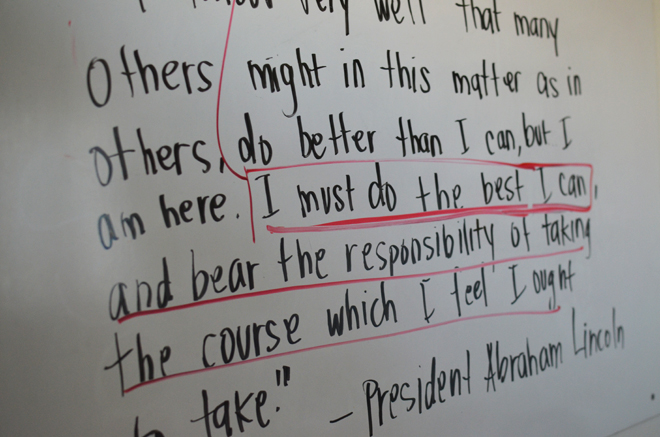 In honor of election day here in the U.S., yesterday we held our own mock election (the girls are at enrichment classes today, so we did it a day early) and made our own little polling booth and ballots. We have been working on memorizing all the presidents in order and have been discussing the role of the president and what an election is all about. Of course, True and Brave are still so young, so they don’t understand it entirely, but it’s good to start exposing them to it and try to engage them in discussions about it. This is real world stuff that they will eventually be a part of and have a say in, and I want them to learn how to be actively engaged in their community and government (something Ben and I definitely need to work on and model for them).

The girls were pretty excited to go into the “booth,” cast their own vote, and then tally up the votes afterwards. It wasn’t that hard since there were only two votes to count, but I think they get the gist of what voting is all about. Most importantly, they know it is their job as citizens to help and they can help by casting their vote. Okay, it doesnt’ really count just yet, but they’re learning and one day it will count for real. It’s a privilege to vote and I hope that they will understand it and be responsible enough one day to make their own informed decisions.

Tomorrow, Ben and I will take them with us when we put in our vote. They will actually get to see firsthand what really goes on and based on their own experience of yesterday, they will enrich their understanding of voting and the election even more. I also told them that no matter who is in office, even if we love ’em or hate ’em, it is also our responsibility as citizens to support and pray for our leaders that they would do the best they can and bear the responsibility of taking the course which he/she feels they ought to take, just as spoken by Abraham Lincoln.

P.S. I don’t really recommend that “So You Want to Be President?” book (pictured above) because of how it paints vegetables in a bad light in one part, and though it’s somewhat informative, it is much too wordy, and I am sure there are much better books out there. We just happen to have that one in our stash.

20 comments on “our very own mock election”