we made posters for each other 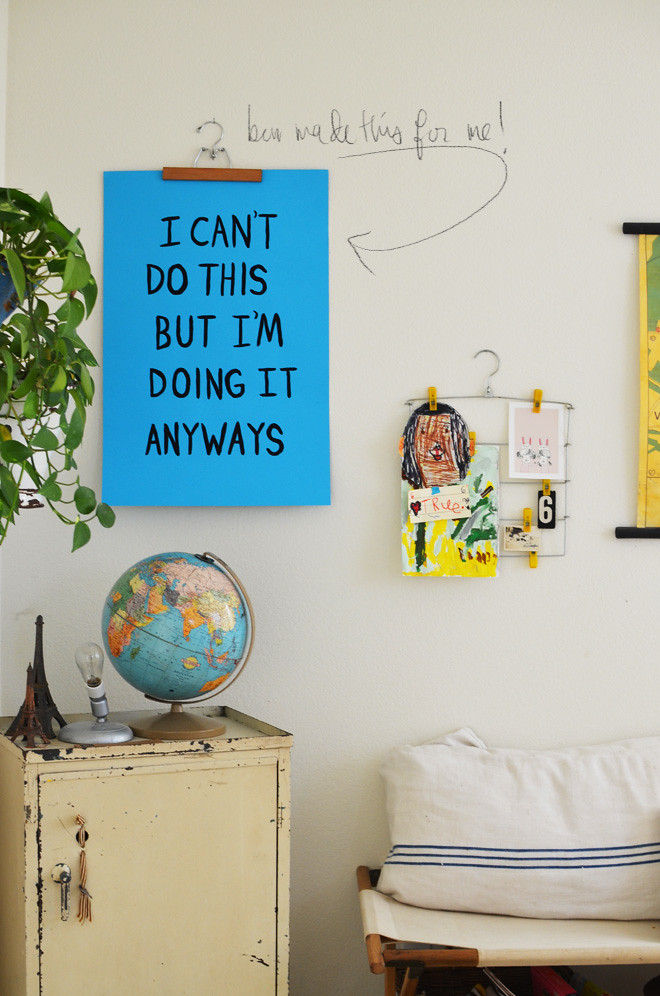 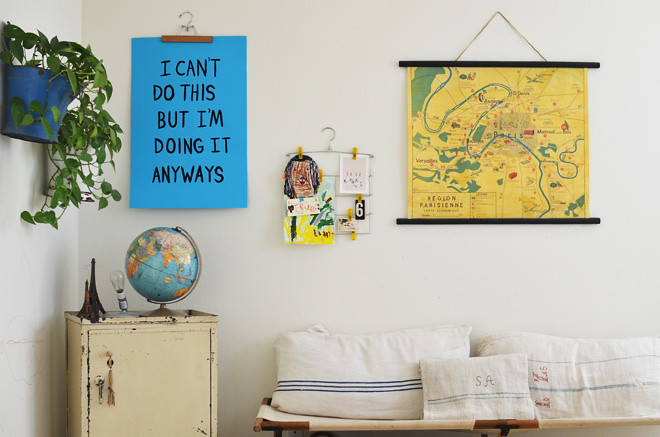 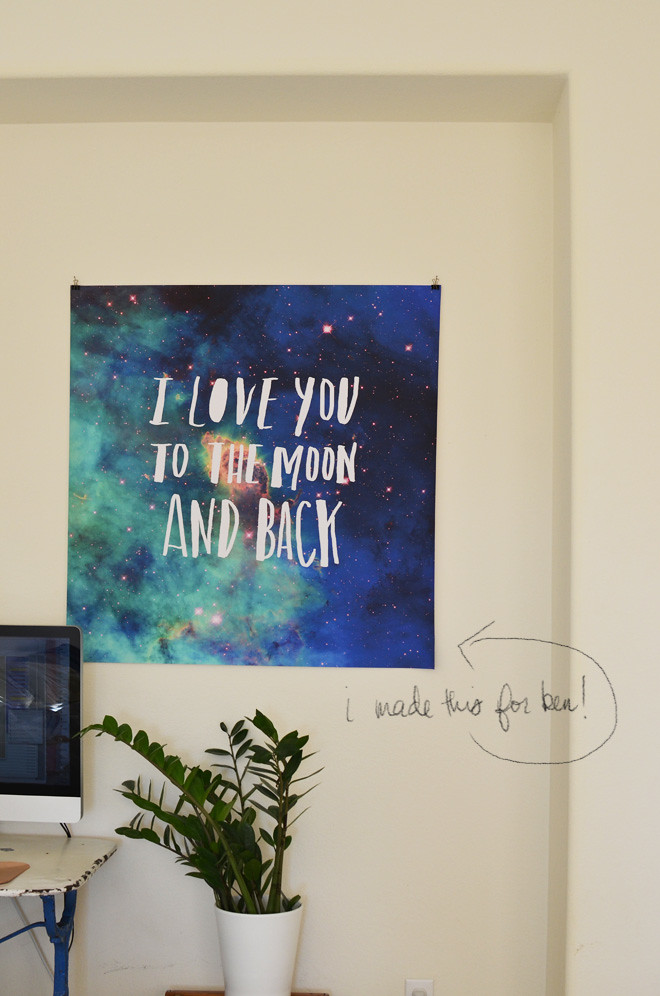 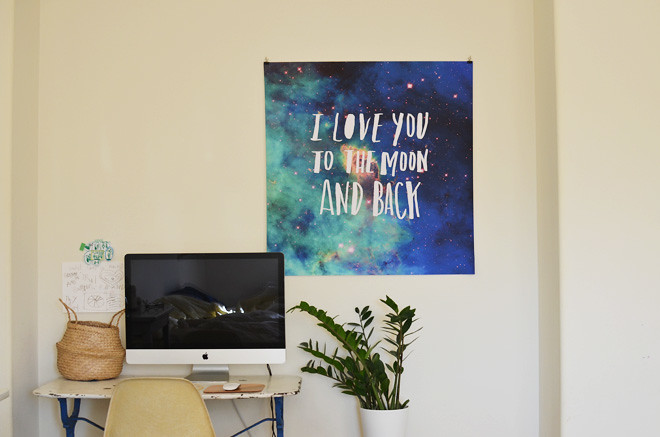 For Christmas (yeah, so late in sharing!), Ben and I had no Christmas present requests. Well, I wanted sweats and he wanted his orchard and so he got me sweats and he got himself his orchard (it’s a work in progress that we will all benefit from one day). He’s such a hard guy to gift because he doesn’t ever really want anything frivolous. He’s so practical that his idea of a gift for himself is something for the kitchen, gardening, or something for us girls. Well, I decided to make him a poster that could go in our bedroom. I remembered this post by Jordan Ferney and fell in love with the giant galaxy poster from the hubble site. The best thing about this site is that they offer all the images for free downloads, so I downloaded the one I wanted, added my own writing in photoshop (inspired by this book cover) and voila! I had a sweet, little (well, it’s kind of big at  36″ x 36″) message for Ben. We’ve been in talks to redo some things in our bedroom, so this poster was a good start. I had it printed matte in wide format at Staples and it did cost a bit to get it so large (about $70) for this galaxy one and about ($45) for this poster, but it prints beautifully on nice, thick paper.

Now, funnily enough, after I gave Ben his poster on Christmas morning, he goes in the garage to get me this long tube and out of it, I pulled out my own poster that he had made. I had repinned this poster (originally from here) a few days before Christmas because the sentiment on it was something that really resonated with me regarding pretty much everyday of my life lately. I showed Ben and told him that was totally my motto and would love my own to hang, and so he made me one!

We both chuckled that we happened to both give each other a poster with a saying of sorts. Seriously, we think alike most times. I tell people I’m the girl version of him and he’s the boy version of me. We really are so much the same that in all of our 3 years of dating, we only had 1 fight. I think it’s because we think so similarly, so we find it easier to be in sync with each other. Don’t worry though, we’re still definitely normal. We fight much more now that we’re married, but for the most part, we still think pretty similarly (just with a little bit more arguing thrown in for good measure).

p.s. totally has nothing to do with posters, but this weekend there is a cool vintage pop-up shop going on here and don’t forget Danni’s grand opening too!

he gets younger every year

15 comments on “we made posters for each other”