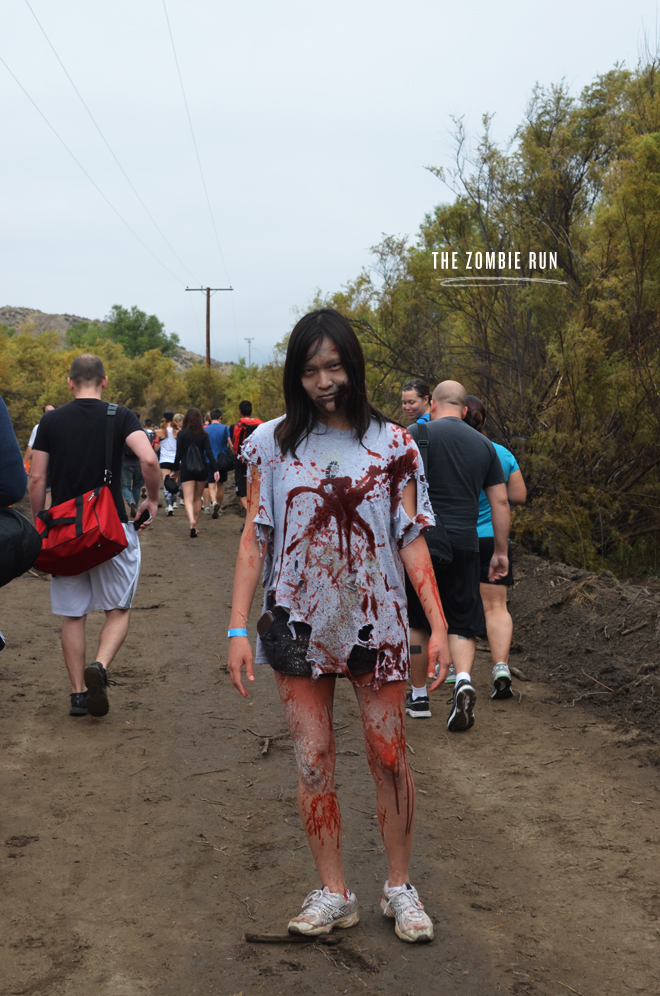 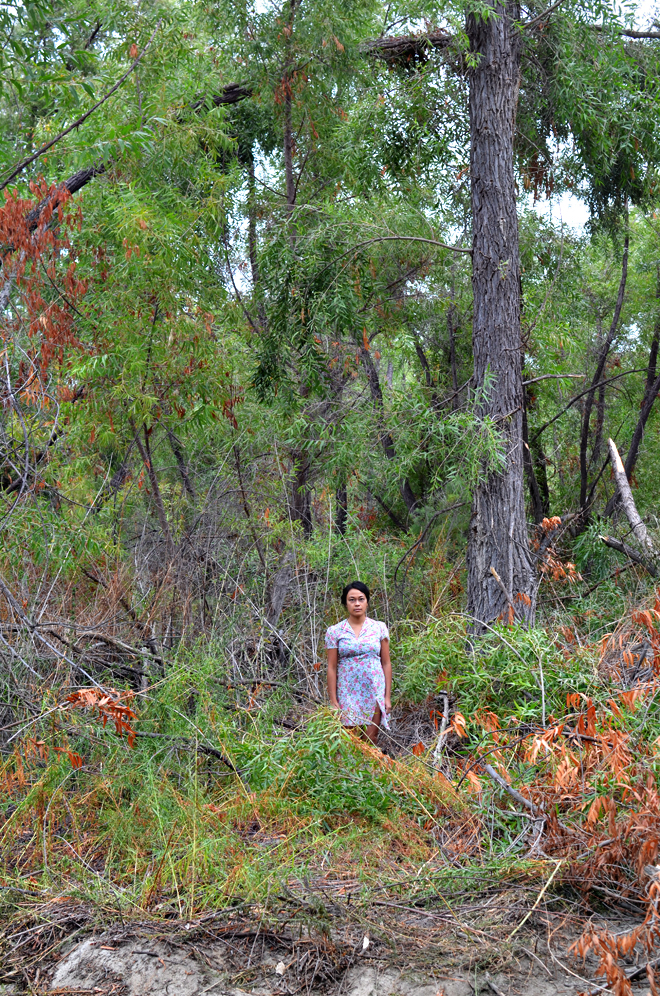 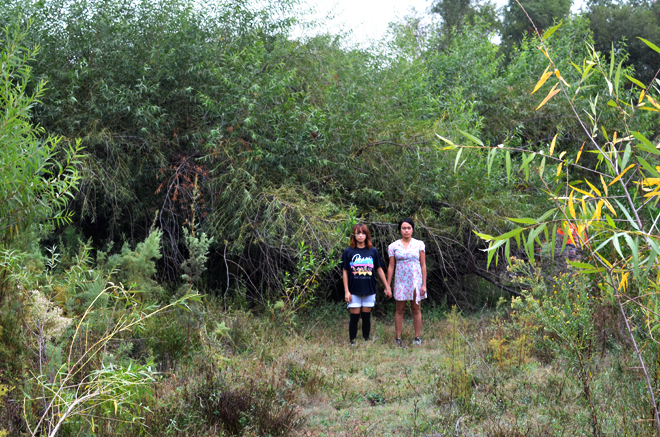 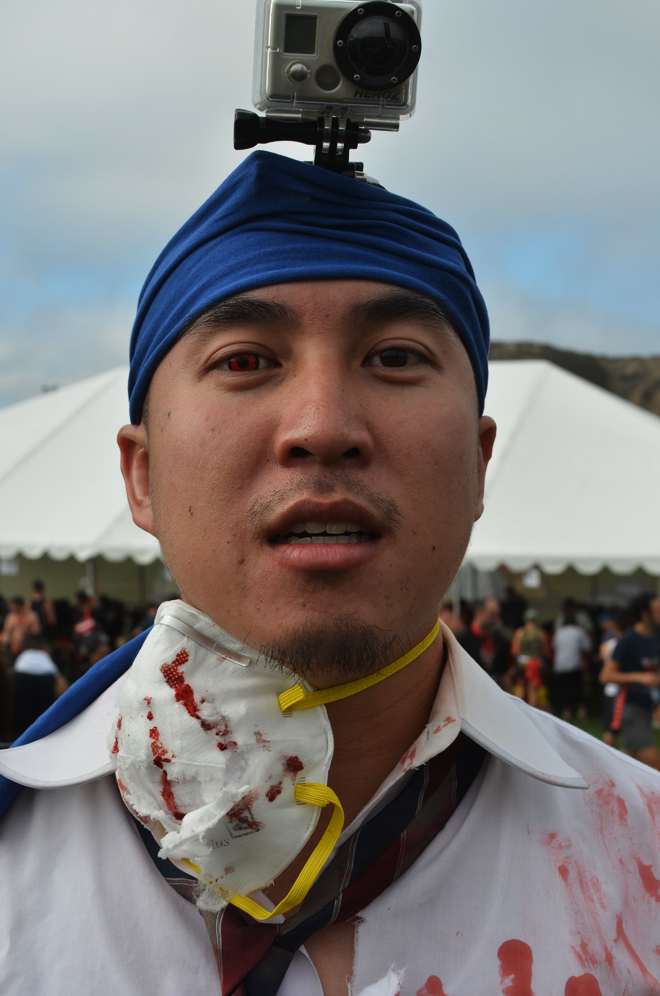 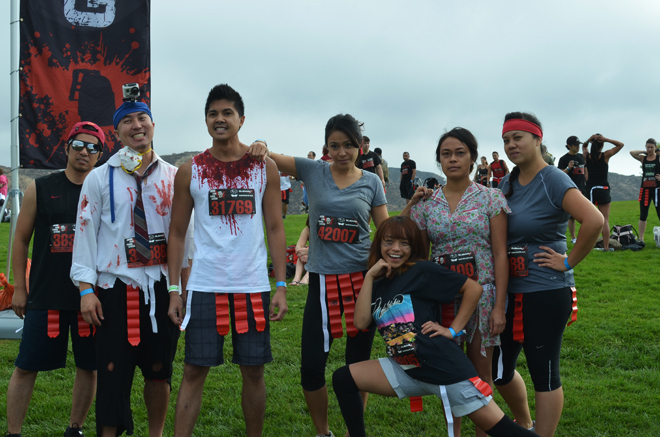 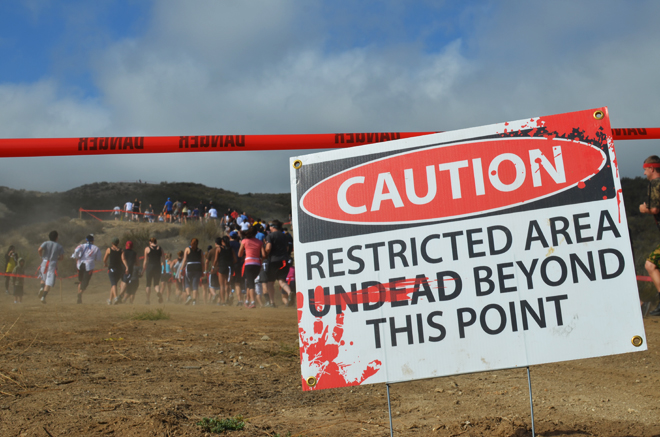 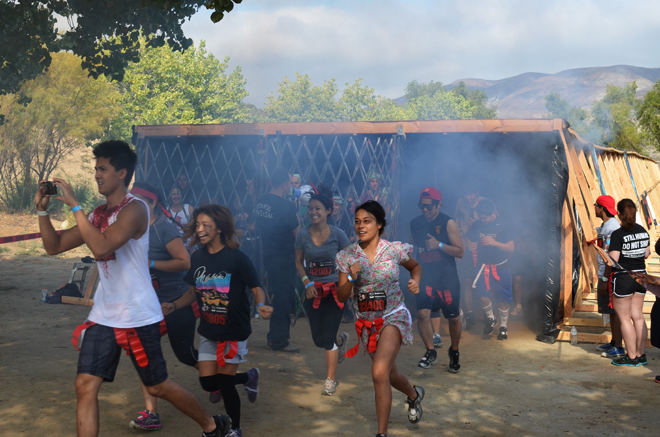 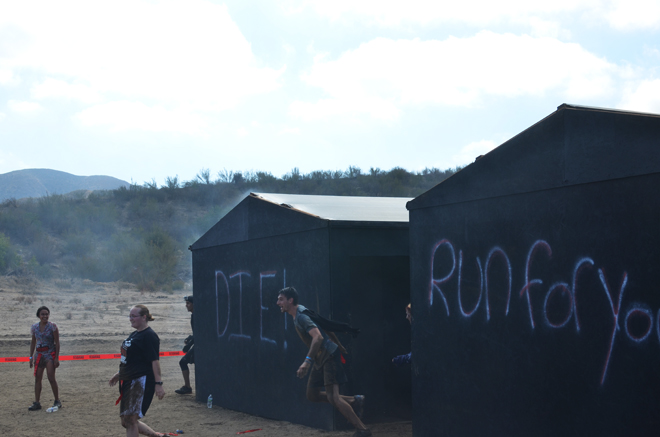 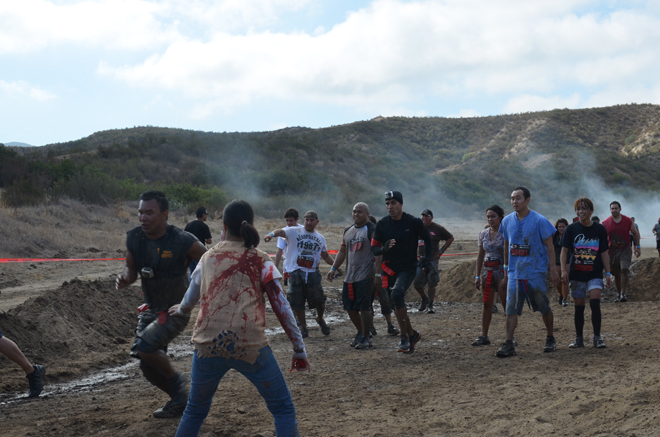 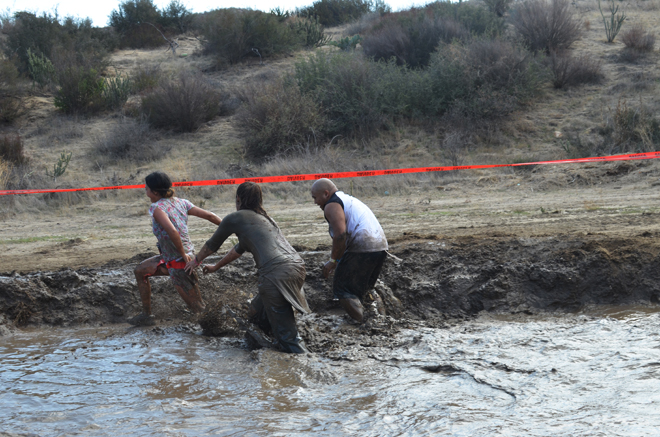 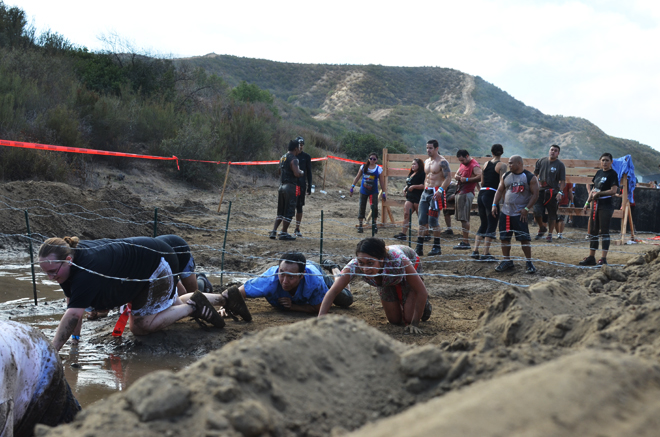 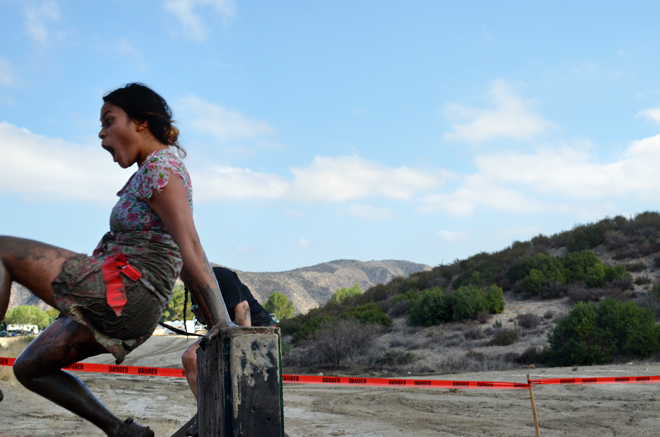 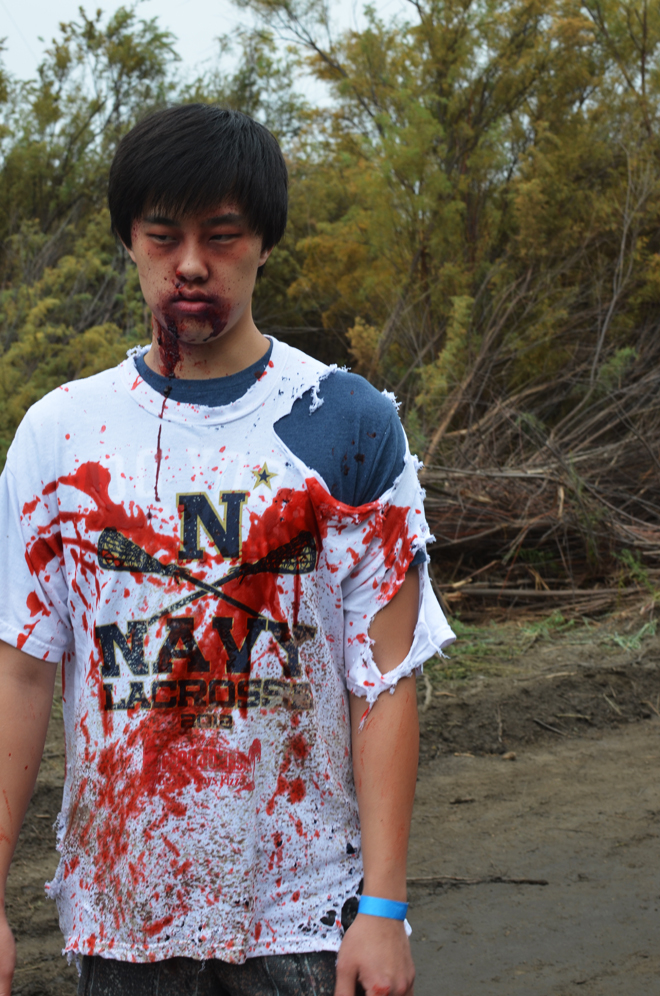 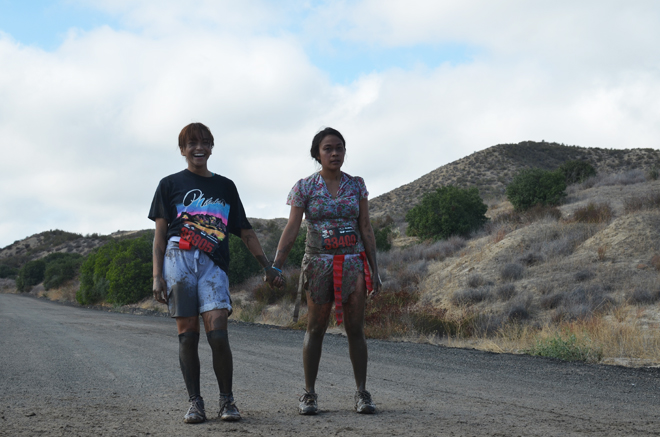 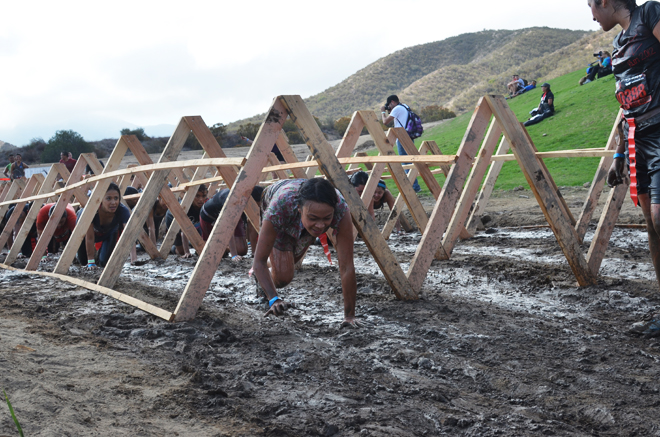 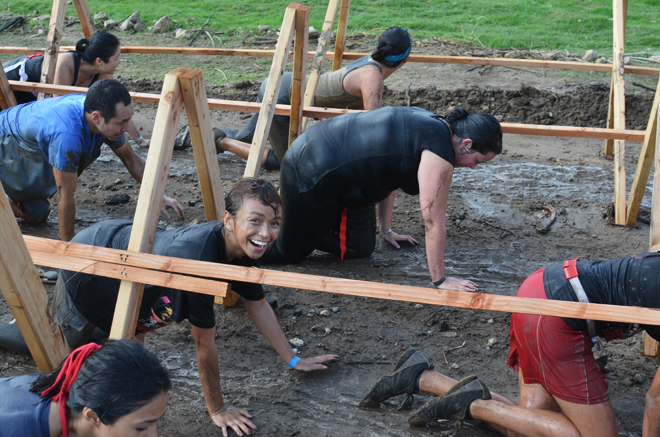 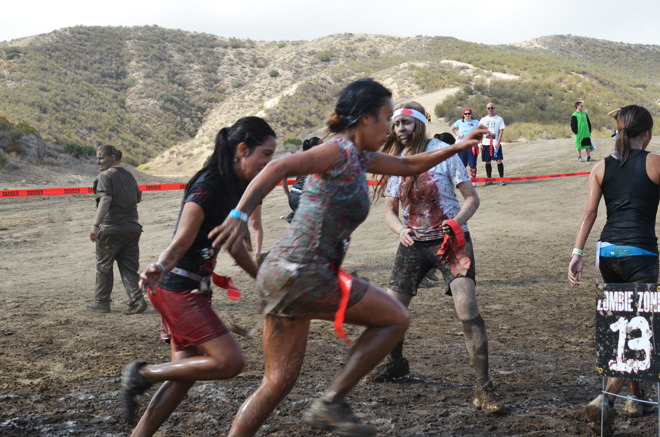 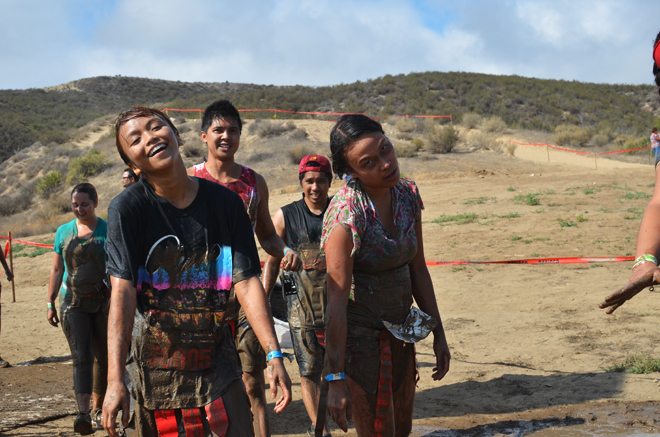 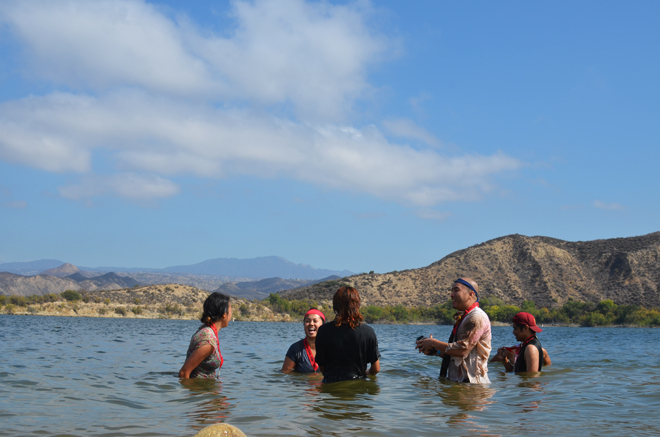 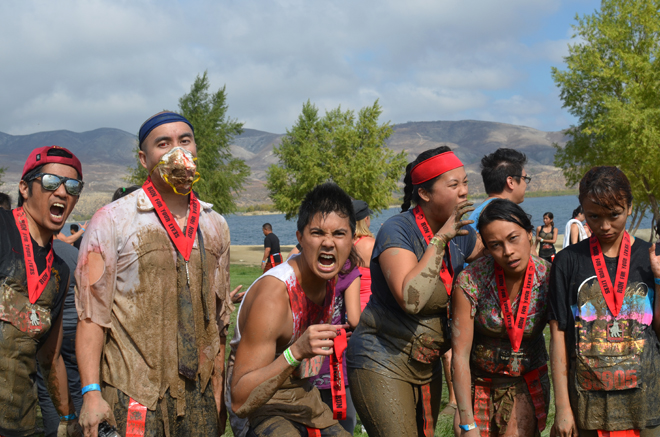 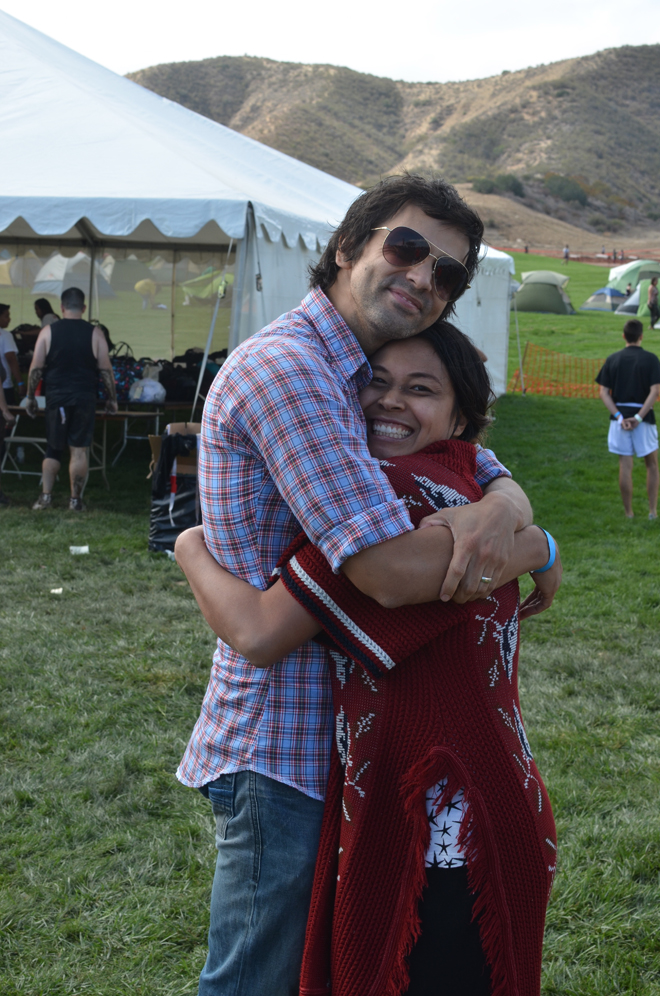 The Zombie Run was awhile back, but I never got around to sharing it. I loved this run! It was insane and crazy, and I was screaming through most of it, but it was so exhilarating. Seriously. I know it’s not serious stuff like a half or full marathon, but when you survive zombies chasing you, I think that’s definitely an accomplishment.

The runners all wear flags, kind of like flag football, and the zombies try to take your flags as you pass them. It was so hard and you had to endure this for 3 miles. You had to have a strategy and try to run pass them with a group of people, so that they were distracted with so many running at one time.

There was this dark house/structure you went in and there were zombies inside and wires hanging from the ceiling, if one of the wires touched you, you’d get a small electrical shock. Sounds insane, I know, but it was real. I didn’t get shocked (I’m smooth like that… ha!), but my little sister did and she said it hurt. There was even one runner inside crying because she was so scared and a zombie was talking to her saying, “Don’t worry, I’ll help you out.” That one was a friendly zombie.

There was another maze and you had to find your way out… I was just about out when a zombie popped out right in front of me, and I yelled so loud and simultaneously pulled off my flag to hand it to him before he could grab it from me. I realized how hilarious the whole situation was and started laughing, and the zombie started laughing with me that he let me keep my flag. I screamed so loud that the others zombies noticed and when I made it out of the maze they were laughing at me too. Those zombies had a sense of humor.

Of course, there were walls to climb, a giant water slide into mud, barb wire to go under, another electrical shock fence to go under too, along with lots or mud and water to run through, and a whole lot of zombies in between trying to steal my flags. I think I finished with 2 remaining (out of 3), so I came out a survivor. Our group was so fun and survived it together!

We were muddy, tired, and cleaned ourselves off in the lake. Ben’s cute because even though he doesn’t run, he comes for support, and tries to find us throughout the course to take some pictures. I haven’t done a run since October that I need to sign up for more again soon. And I’m definitely signing up to do another zombie run… it’s just way too much fun not to! Though it isn’t real, it’s still really scary (some people are dressed really freaky!) and makes me scream like crazy!

Would you ever run the zombie run?!! My friend Lance, who I’ve done all my runs with, made this cool video of our run and it makes me excited for the next one…

Here’s when I did the Color Run and the Foam Fest run. Seriously, these runs are just plain silly and fun! You definitely have to give one a try if it comes to your area!


christmas in our home

12 comments on “the zombie run”