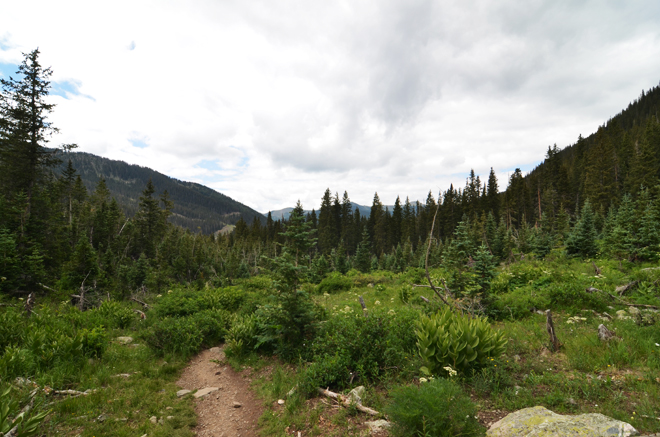 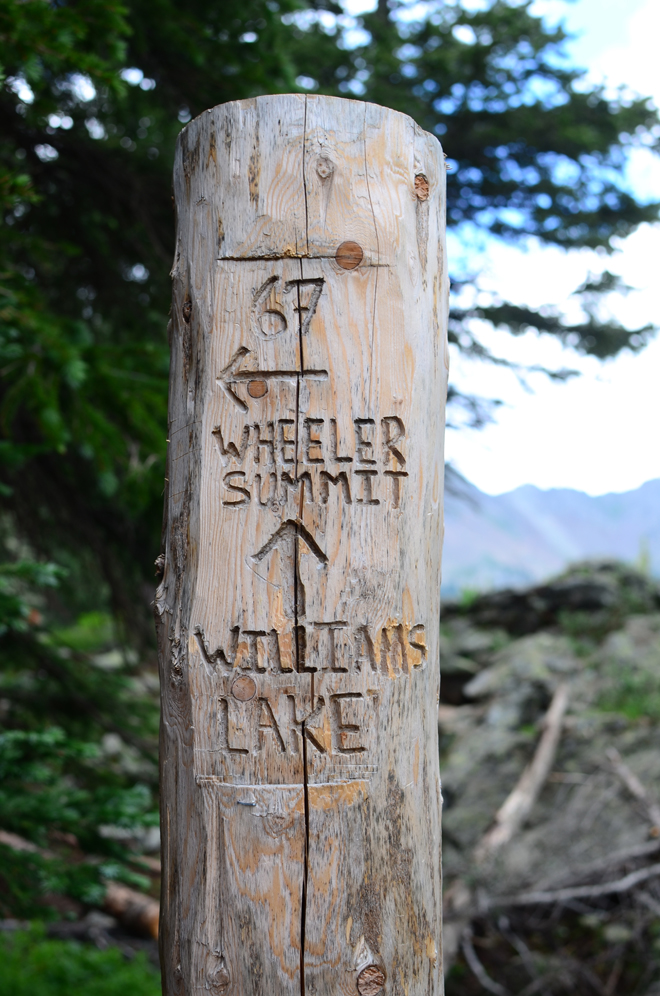 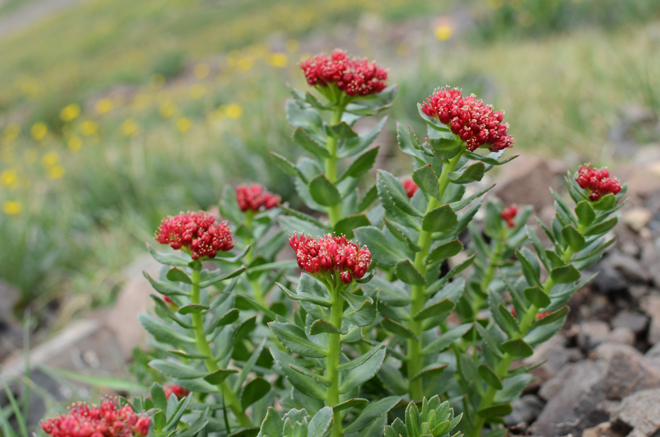 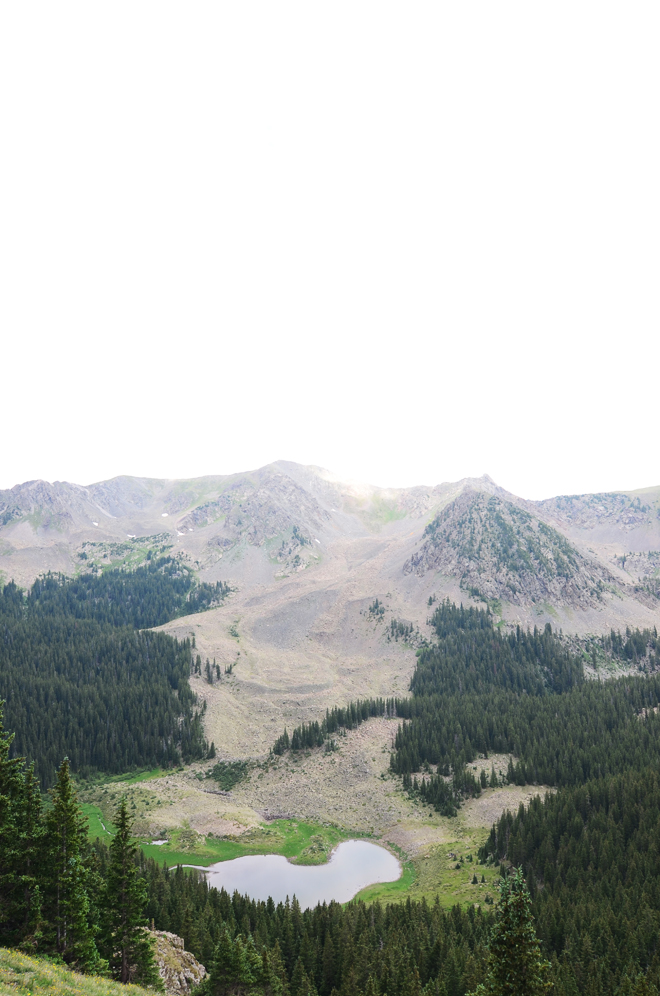 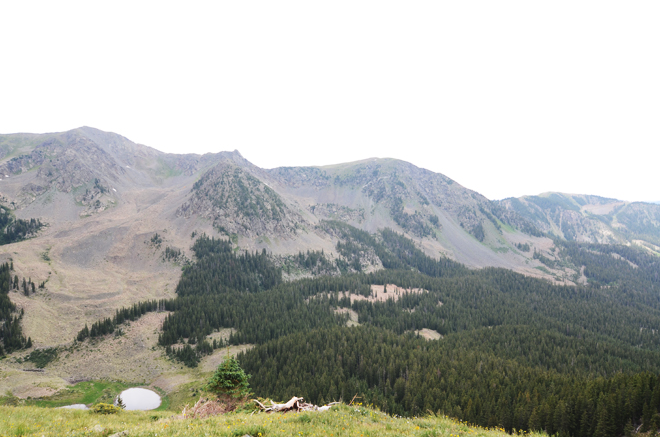 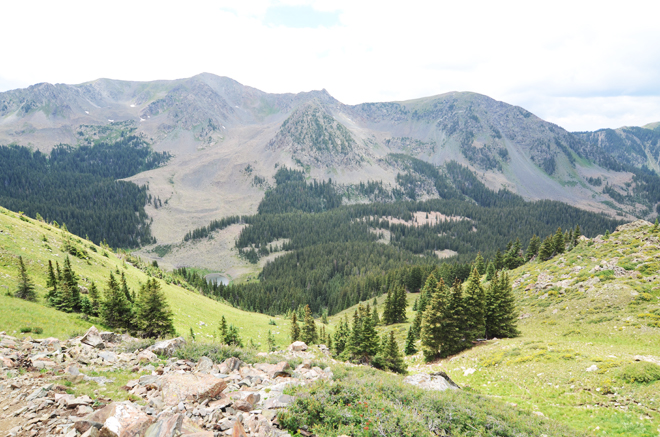 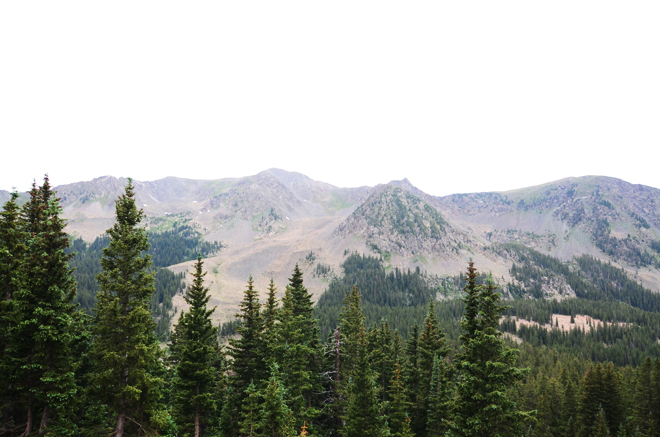 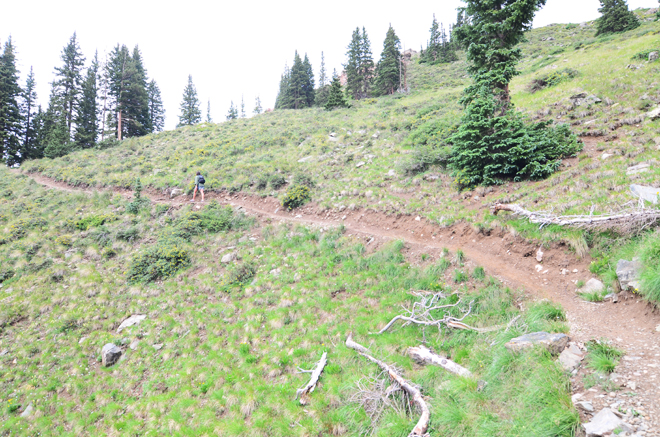 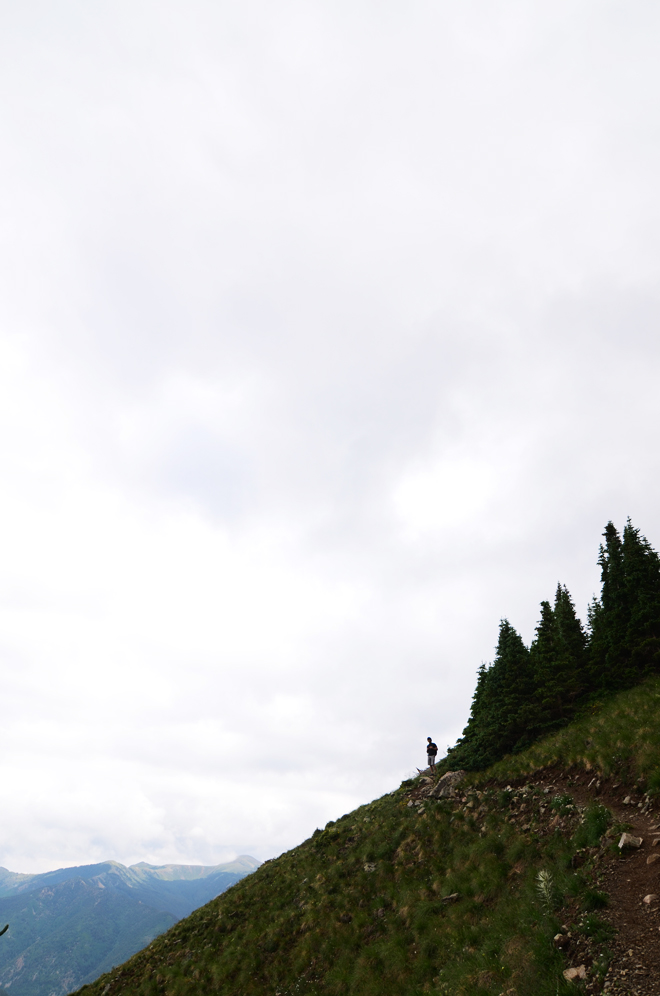 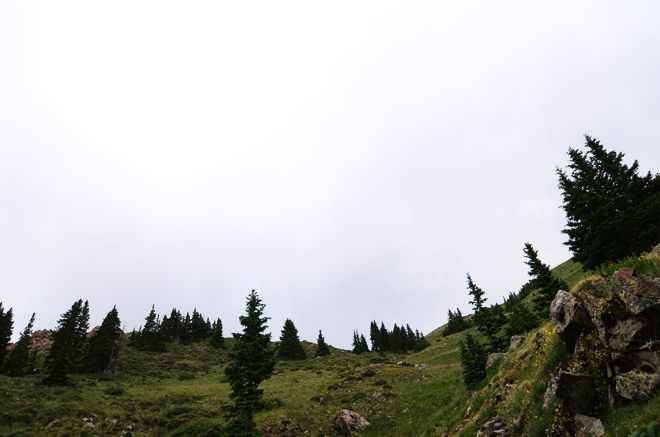 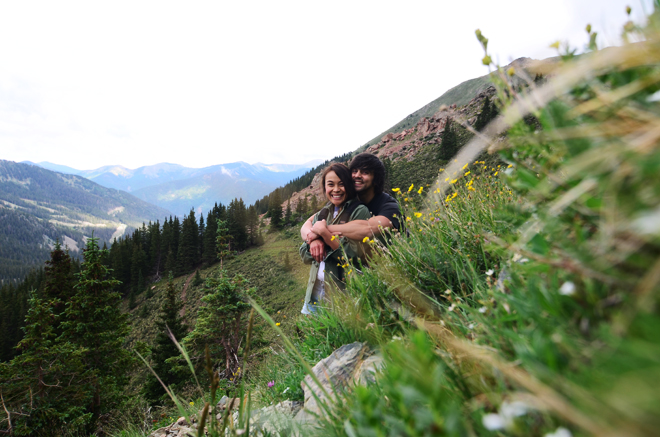 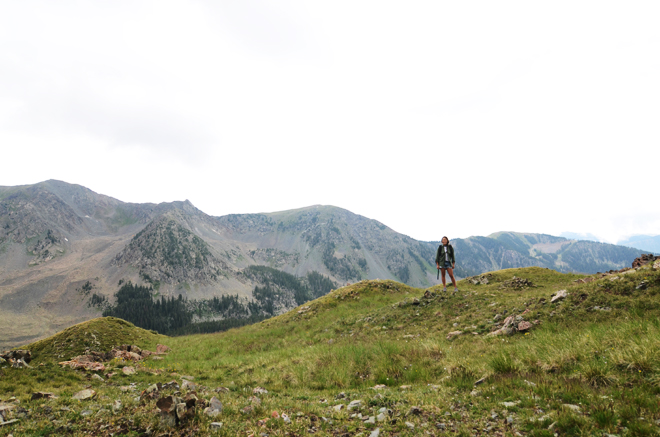 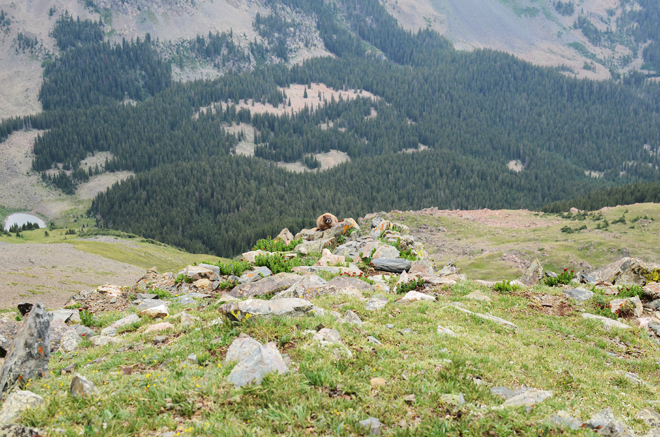 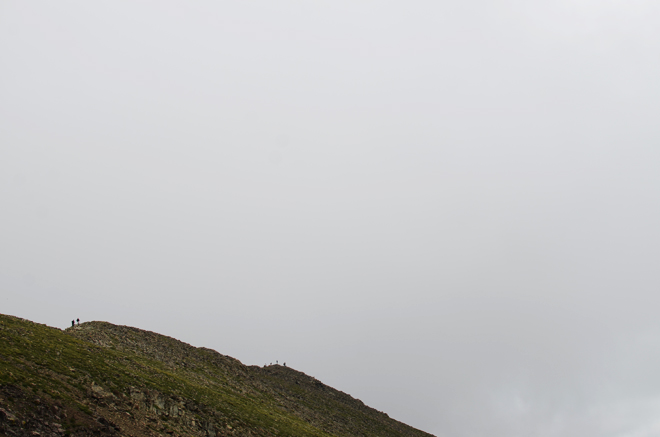 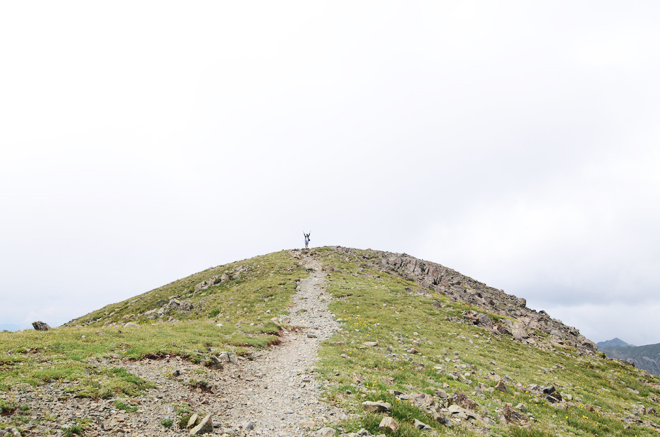 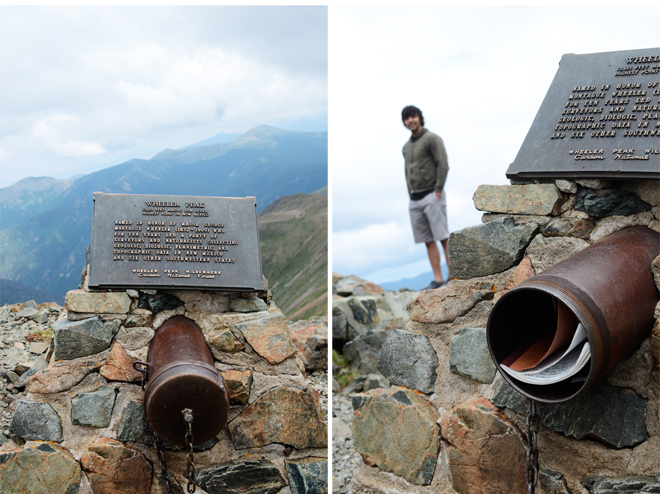 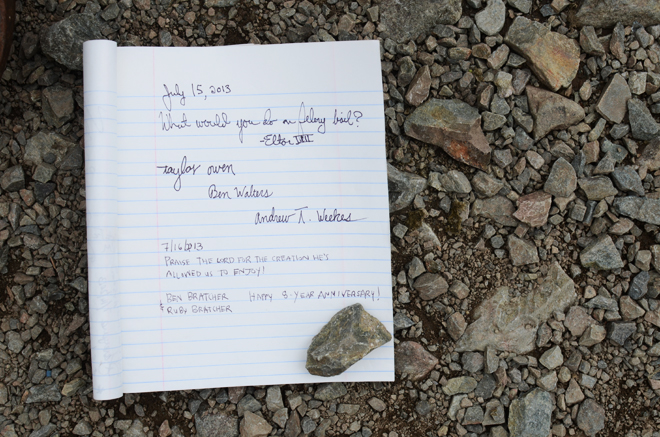 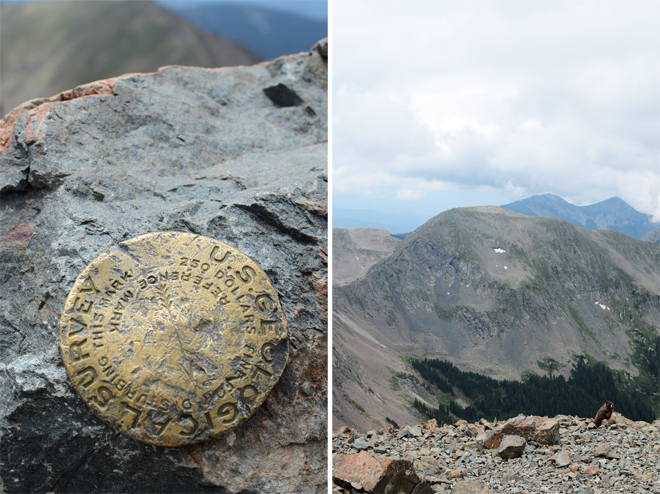 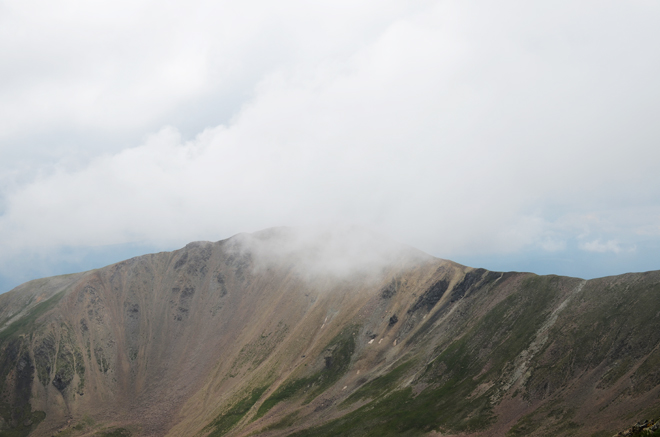 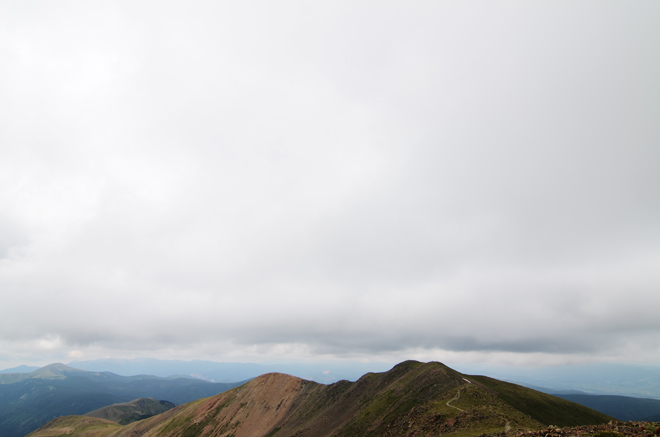 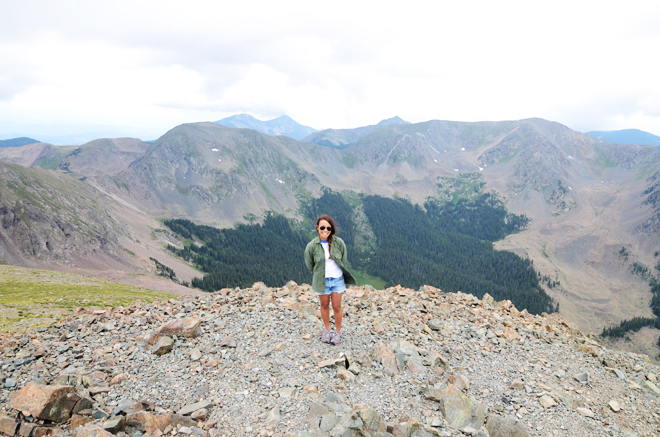 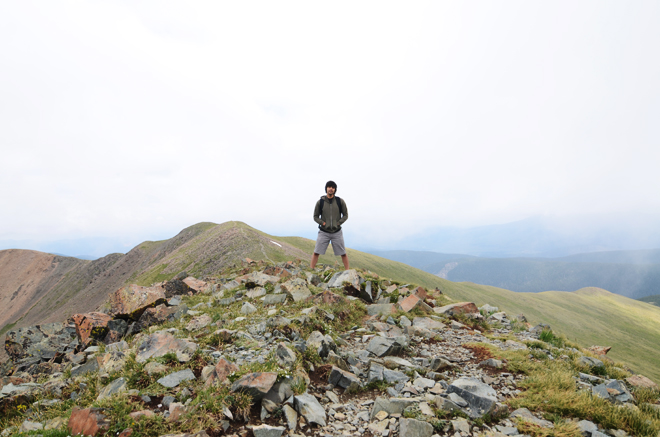 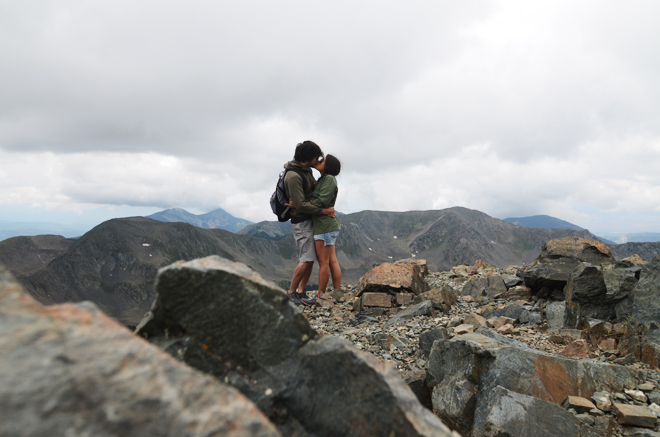 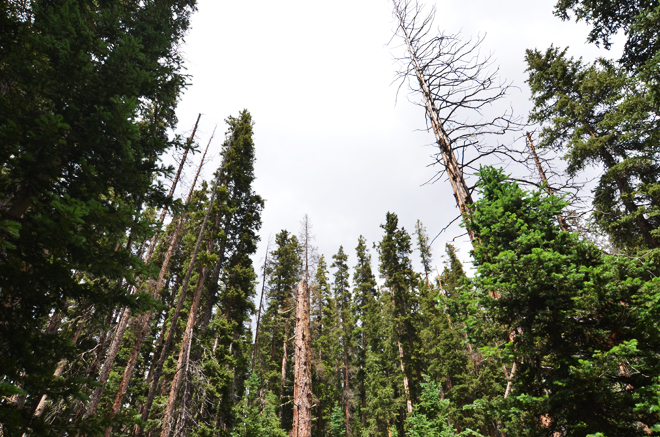 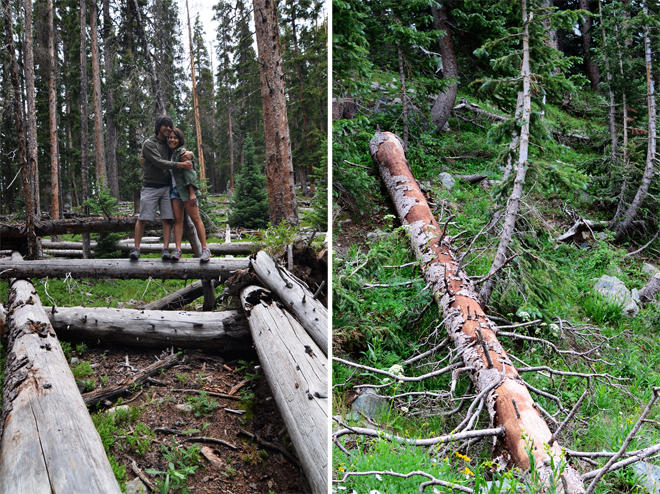 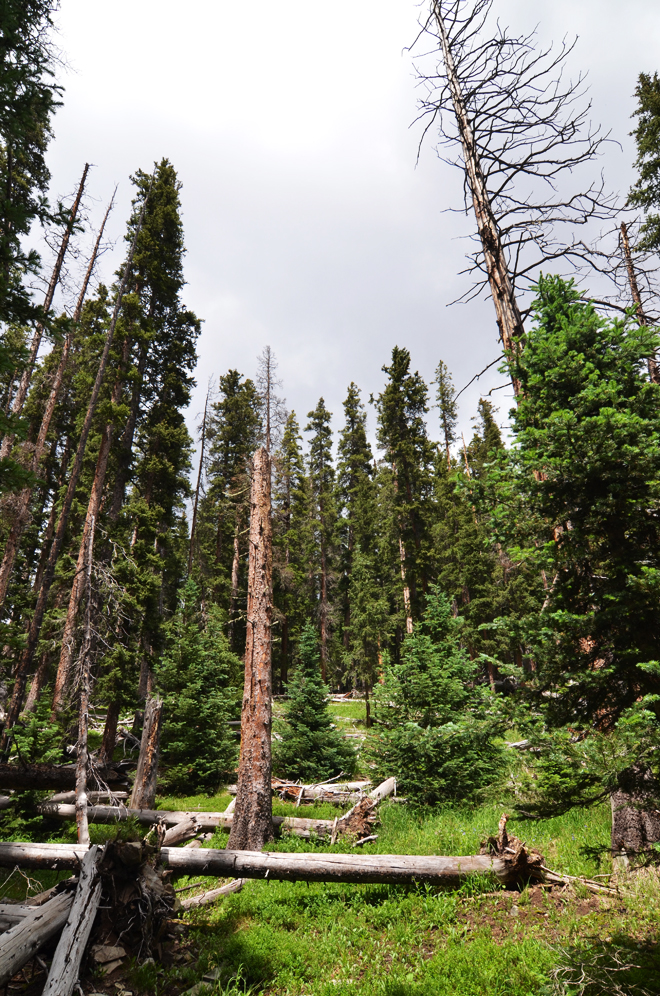 The weather forecast predicted no rain on this day, so I took my SLR with us on the hike. There’s an overload of pictures because every view and step of that hike was just ah-mazing! Ben and I didn’t to anything to celebrate our anniversary on the day-of, so we said we would reserve a special day for us while we were on vacation to sneak in a little date to celebrate. We had originally planned to explore Taos together and eat yummy food all day long, but once we learned about this hike, we were both game and wanted to accomplish something like this together.

We hiked to the top of Wheeler Peak, which is the highest point in New Mexico. It was 15 miles round trip and we were gone from 7:30am to 4pm, but oh it was so worth it! There were so many times when it felt like we were never going to make it to the top. It was long and steep, and we’re totally amateur hikers, but we kept going together. We kept going up, and up, and up, until we finally made it! We were in the clouds once we got to the top, but we did get a little bit of sun long enough to have our packed lunch together as we admired everything around us. Once it started getting chilly, we made our way back down.

Going down was less huffing and puffing, but definitely more strain on the legs. As we were going down, I kept finding pretty rocks (some pretty large) and I would have Ben hold them (and I held a couple) to take home as souvenirs. Ben had to keep telling me, “No more rocks!” By the time we got back down and into the car, we were both so exhausted!

It felt so good to do something like this together. The hike was a nice break from the noisy chaotic day-to-day lives we lead, so it gave us lots of thinking and praying time, and best of all, we were together. We enjoyed the silence and loved being surrounded by nature. I totally got bit with the hiking bug and want conquer more mountains together! Ben’s foot was hurting a bit from the hike, so he’s a little more apprehensive about it, but I’m thinking if we try out some trekking poles, that might help alleviate some of the pressure and strain we put on our legs and feet. I really just love the challenge of the hike and want to do more. I was so nervous and nauseous in the beginning because I didn’t know what to expect, but once we got our rhythm, it felt good. I know we need to get more practice and maybe the right gear, but I want to keep hiking mountains. I totally have Mt. Whitney on my list now, but I’m not sure how long it’s going to take until we’re ready for that one. I say we climb that for our 10 year anniversary!!!

Any of you legit hikers? That feeling you get once you reach the top is exhilarating and I want Ben and I to experience it again!


OUT TO SCHOOL: WEEK FIFTEEN

12 comments on “rewind to summer vacation: our 8 year hike-a-versary”