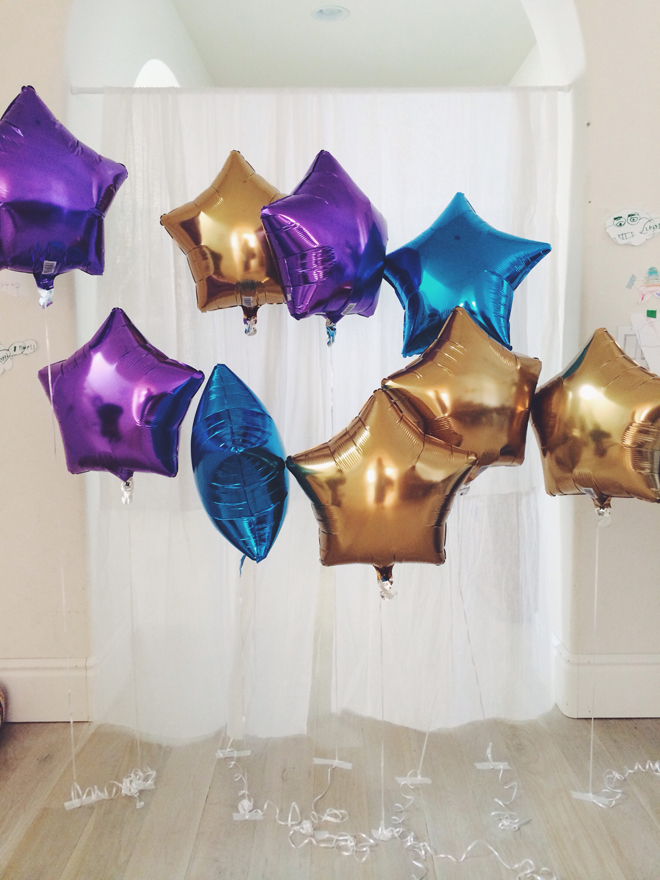 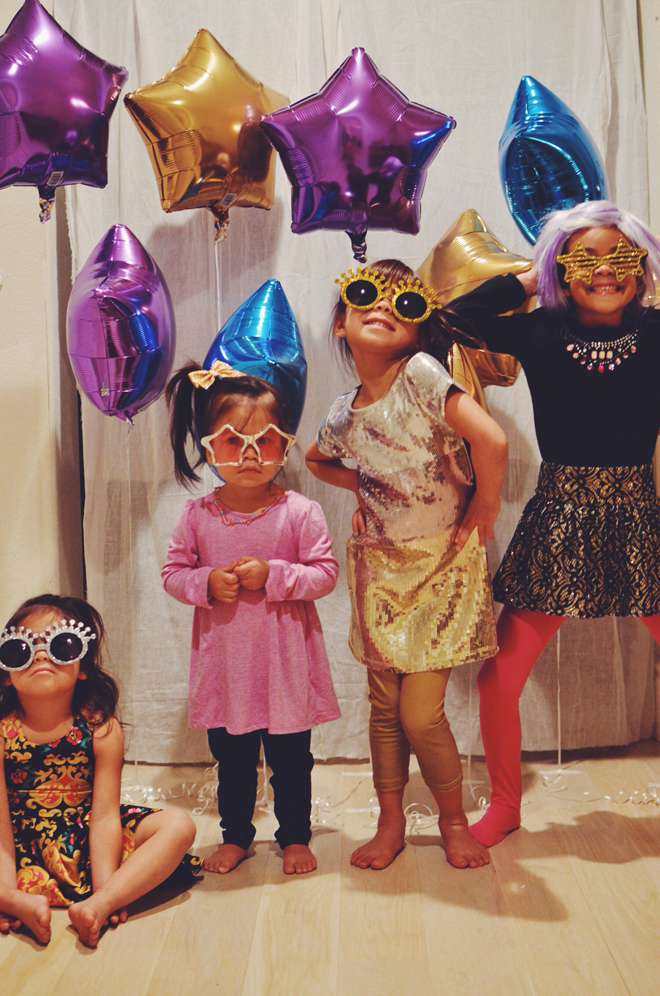 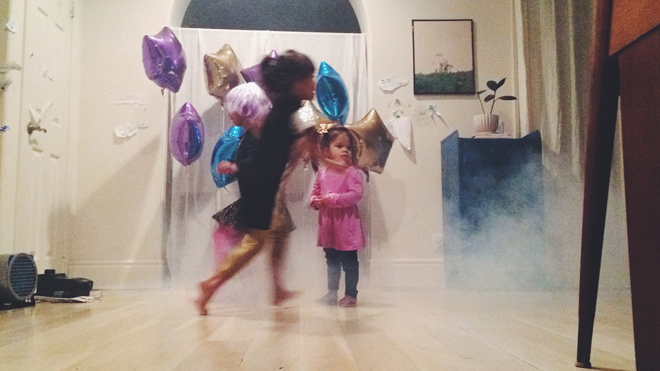 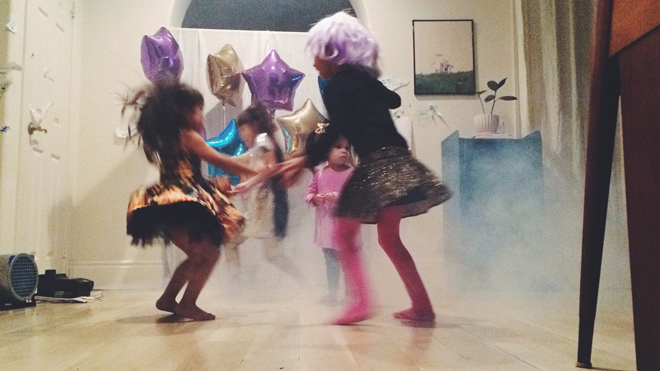 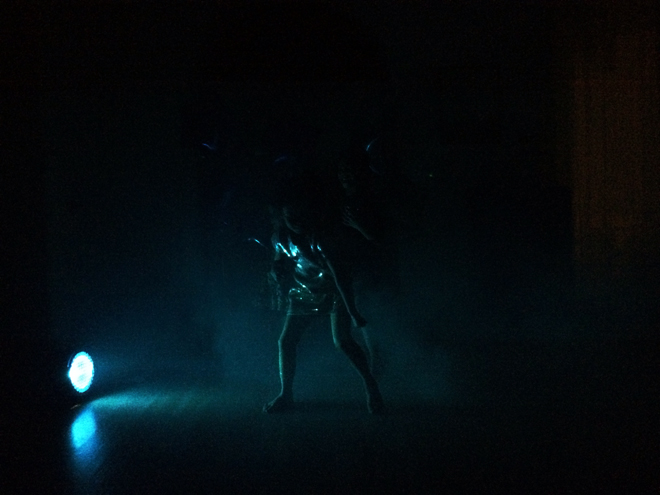 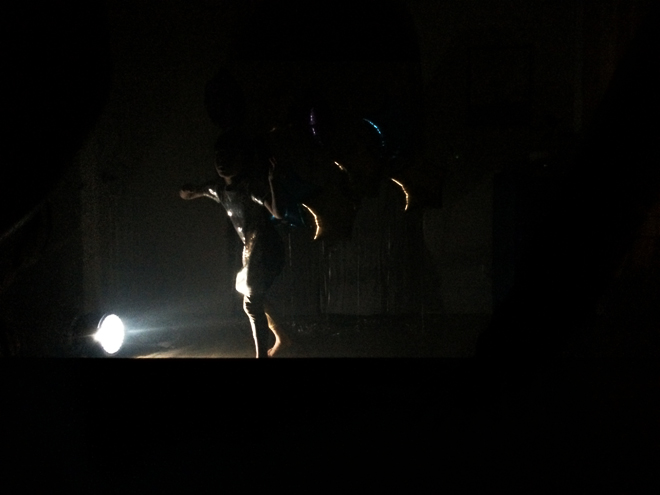 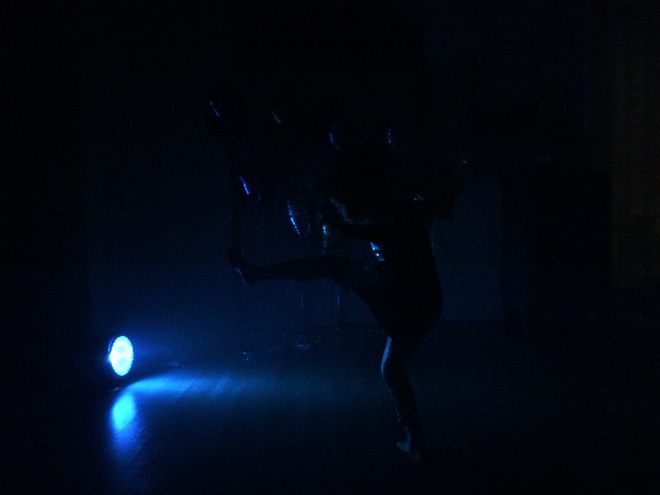 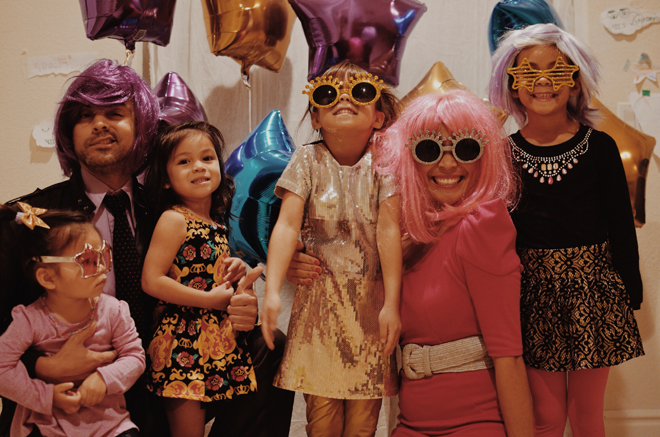 We’ve been doing our NYE dance party for a few year’s now. I think when we started it was just True and Brave. This year, the girl’s requested we do a theme inspired by Jem and the Holograms. They had wanted Ben and me to dress up like Rio and Jem for Halloween, but things were busy that we never got our act together for it, so they asked if we could do the 80’s Jem and the Hologram party for NYE, so we happily obliged.

We gathered wigs during Halloween time and I found my hot pink (way too tight) one shoulder dress at the thrift store. I think our getup looked 80’s enough. The girls just wore their “fancy” dresses from Soul’s birthday (from FabKids); a couple of the girls got side pony tails and tada, we were ready for the 80’s! Last minute, I ran to the dollar store, picked up these star mylar balloons and funky glasses and we were set. Plus, we already had a strobe light and fog machine (yes, we really already own those things from previous celebrations) and we were definitely going to have a rockin’ new year’s eve celebration.

Ben made us our traditional NYE black eyed pea dish and spicy garlic shrimp. We all had a nice sit down dinner first, then after, we cleaned up and got ready to party. The girls had a blast with the loud music we were bumpin’ and they danced the night away. Glow was a little apprehensive about the weird lights and fog that she just sat on the side and didn’t really want to get into the action. We kept dancing, and dancing, and dancing, and the it got so foggy that we set the fire alarm off! Despite the constant ringing, the big girls kept on dancing (with their hands over their ears), while Ben tried to air out all the smoke. It was pretty hilarious, but the party must go on! After we were all feeling pooped out, except that Brave because she can keep going, we called it a night and put on our pajamas. Ben and I tucked the girls into bed (this is all way before midnight, but it had to be midnight somewhere right?!) and we settled in our room for a movie. Ben and I did manage to stay up just until midnight, gave each other a kiss, then went to bed.

We took video of the girls going crazy with their dance moves and I love watching it over and over again. They are so funny! We asked Brave, “Brave, where did you get your moves?” She replied, “From me.” That’s our girl, just so matter of fact.

How did you ring in the New Year? Do you still wait up until midnight or are you already snoozing before the clock strikes twelve?

10 comments on “our nye dance party”