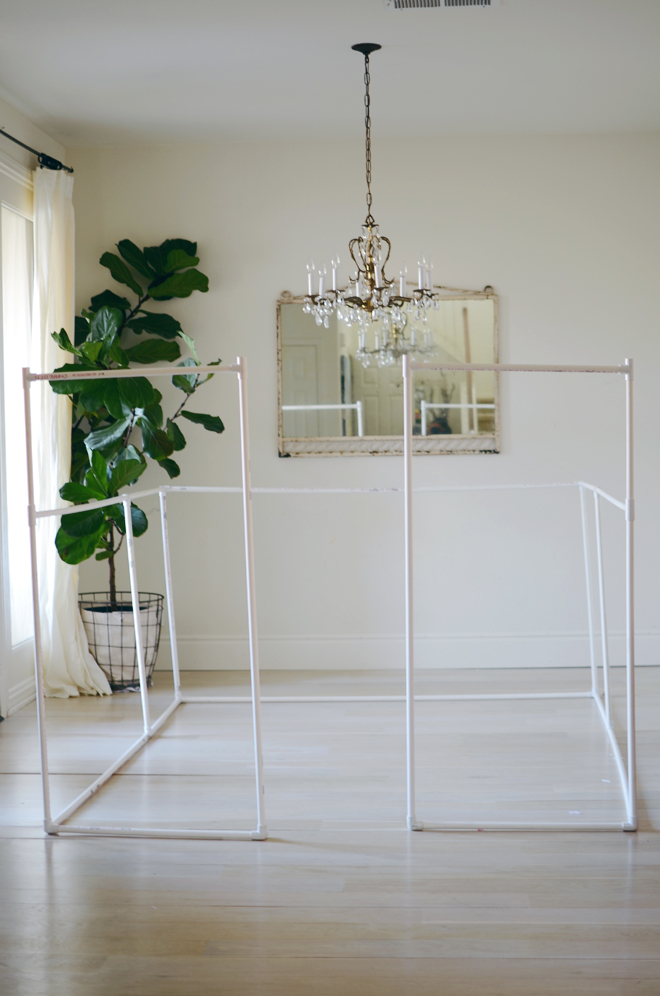 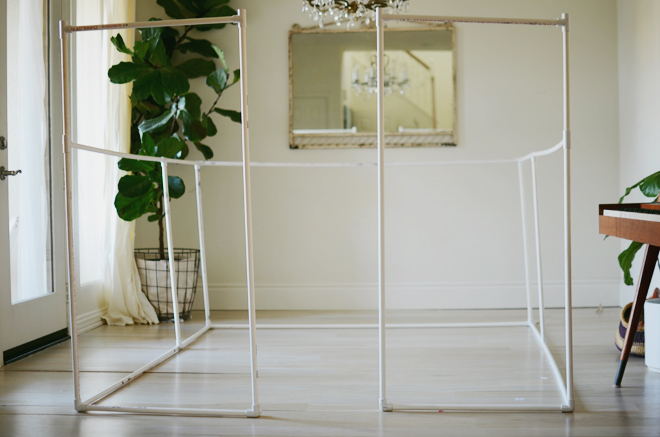 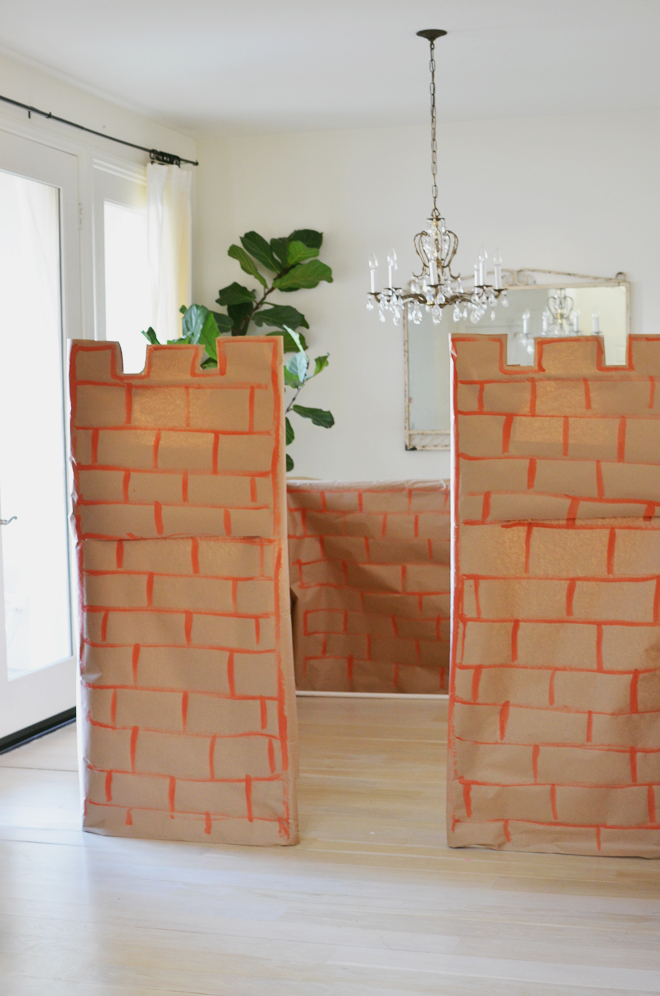 This is how we put together the castle for Soul’s princess party. Ben created the frame by using PVC pipes we already had. I simply covered it with my massive roll of craft paper (I use it for so many things!) and affixed it on with packaging tape. I cut out the two, top front panels in the shape of a tower, and then I painted on a brick pattern all throughout the exterior (excluding the back and right side) and interior.

I originally wanted to make it out of cardboard boxes (inspired by this) and make them slot together, similar to the cardboard dollhouse, but we didn’t have boxes large enough. Also, I was too pressed for time to figure that out (that’s what happens when I have two December birthdays to prepare for on top of Christmas!). I told Ben what I was visualizing and I let him come up with the frame. Thus, he came up with the skeleton, and I added the meat. We like to tag team on projects like that often. Usually though, I do the skeleton and he adds the substance, but this time it was at the other way around. *high-five Ben!*

I did see this cool medieval castle playhouse, and this coloring castle, or this life-size fairy castle, or even this discovery play castle. In the end though, none of them were quite large enough to have them have a party inside the castle, so we made our own. But I just came across this carriage, and had I seen that early enough, I might have gotten that to add to our castle. Everything worked out wonderfully and if you saw her party post, you know Soul loved her castle! The only bummer part is that when I moved my fiddle leaf fig tree, I didn’t realize there was sitting water in the saucer. I’m guessing somehow it leaked out because there was a big puddle on the wood floor, which I didn’t see until after the party was over, and well now, we have a a couple really warped planks. Oye vey!

3 comments on “making the castle”