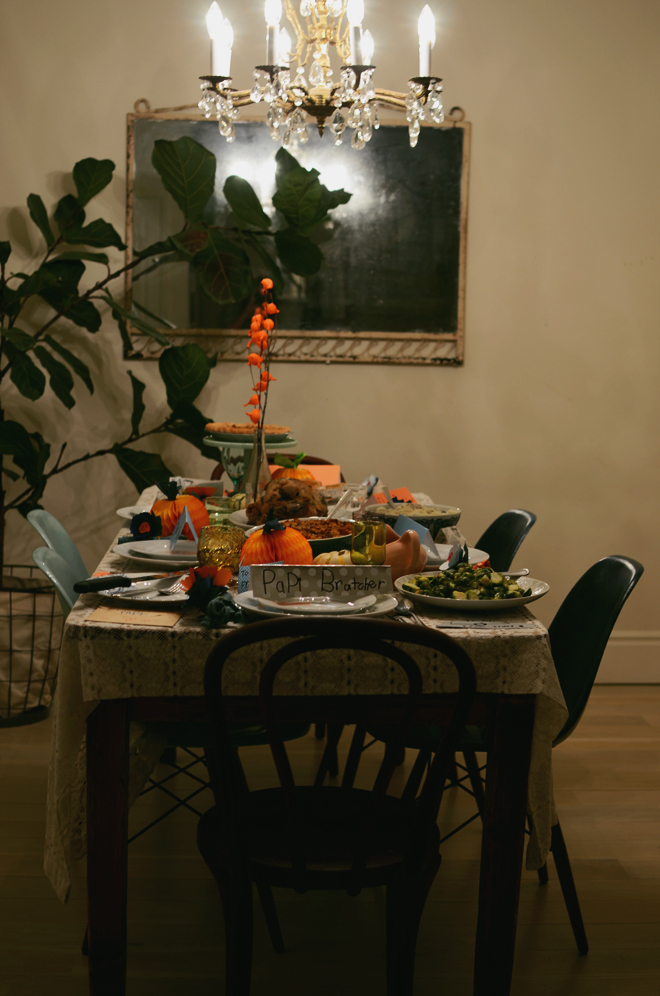 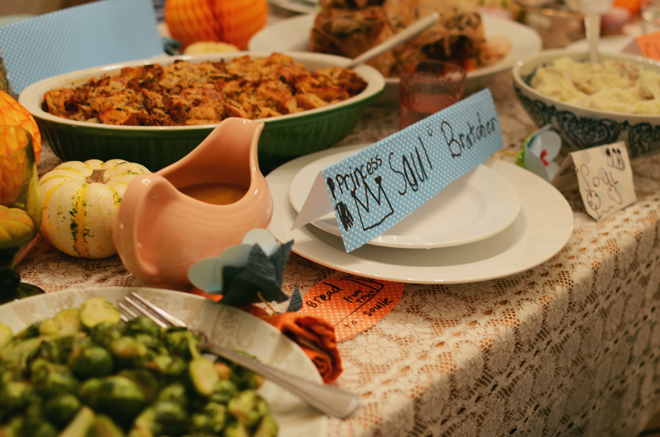 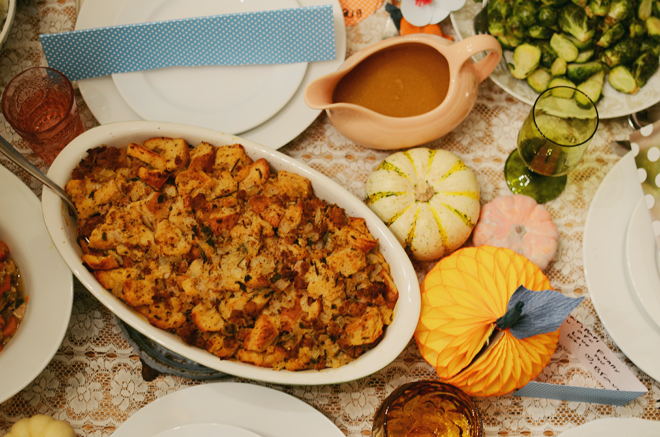 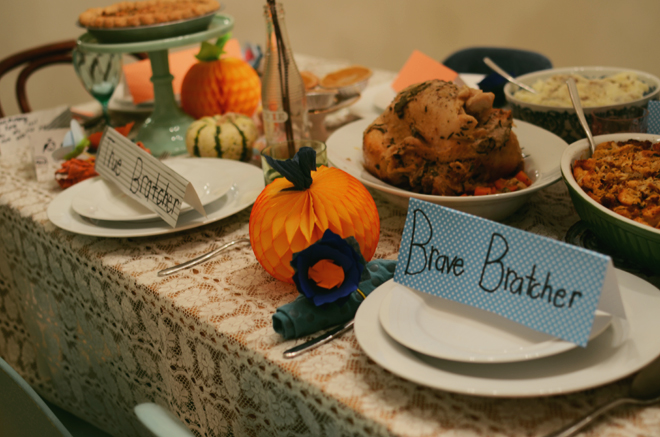 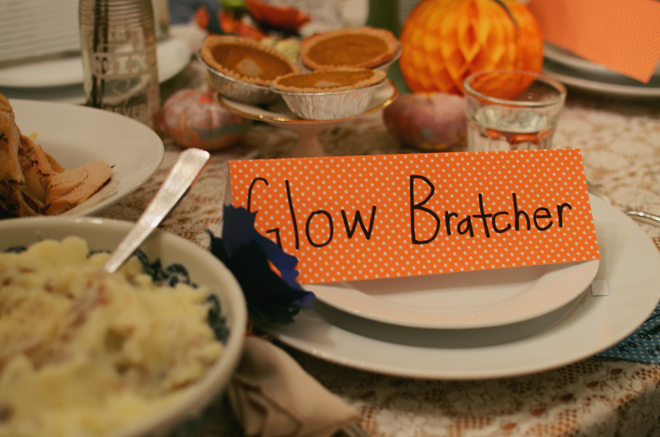 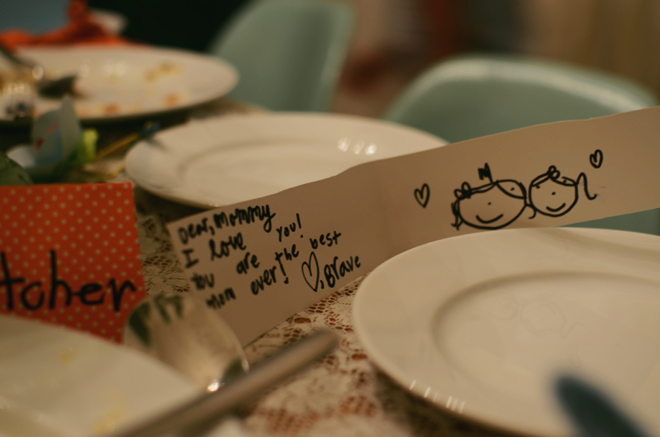 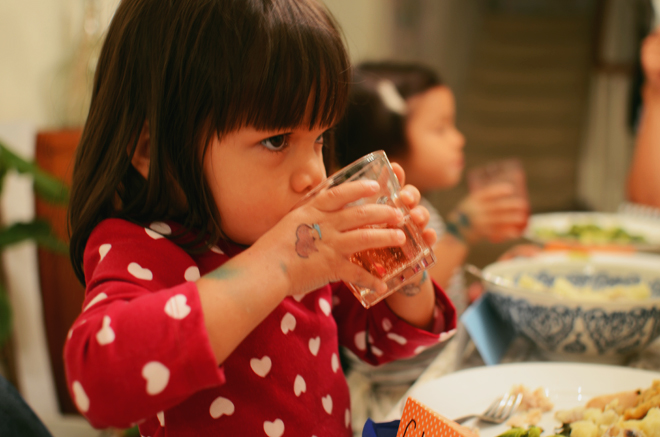 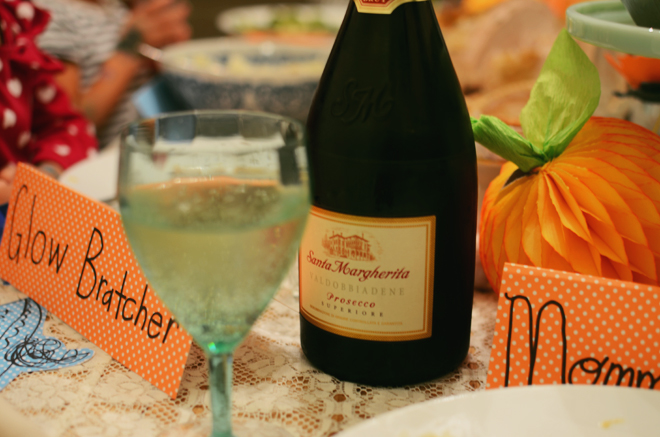 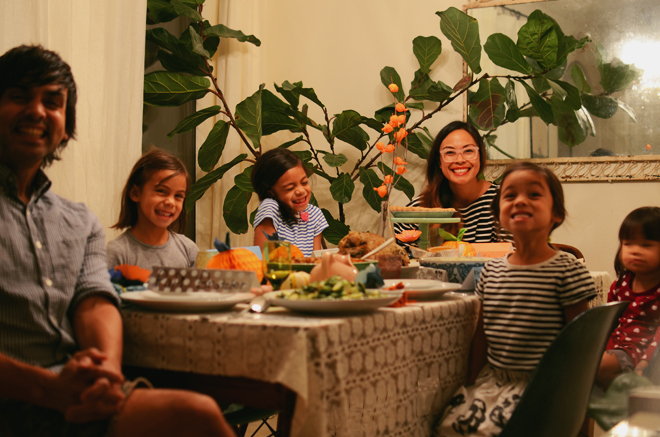 This was our first mini Thanksgiving feast with just the six of us. Hopefully, we can start a new tradition of doing a mini feast on Thanksgiving Eve because Thanksgiving Day is spent with Ben’s family for lunch, and mine for dinner. While I cooked and prepped, the girls got the table ready with place cards and notes. Their thank you notes were so sweet. To decorate, they just gathered whatever fall-ish decor I had around the house and put it all over the table.

I’m not brave enough to attempt a whole turkey, so I used this turkey breast crockpot recipe, this stuffing, and we did the Brussels sprouts recipe that’s in my book. Of course, we also had mashed potatoes and gravy, and pies! It was all your traditional things made as healthy as possible, so that means whole wheat stuffing, lean sausage, no butter in potatoes, and lightened up pies. There were a couple rounds of toasts, as the girls loved drinking sparkling lemonade (they rarely get juice), while Ben and I sipped on a Santa Margherita Prosecco. It was nice to be able to take some time to celebrate a day of Thanksgiving with the six of us.

Somewhere along the evening, the girls were so excited and crazy (in a good way) and they started their own mosh pit. I don’t even remember where that came from, but all of a sudden, the four of them were jumping and bouncing around in a corner together laughing and yelling. Ben and I were just laughing at how silly they were, and as much as they drive me nuts, I know I have lots to be thankful for.

7 comments on “our mini thanksgiving feast”