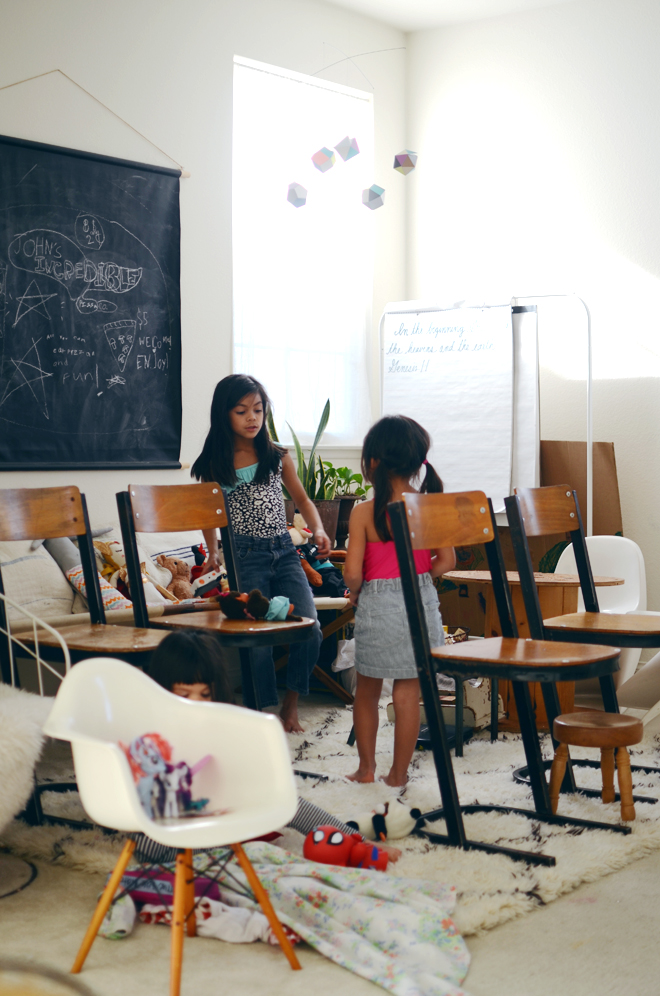 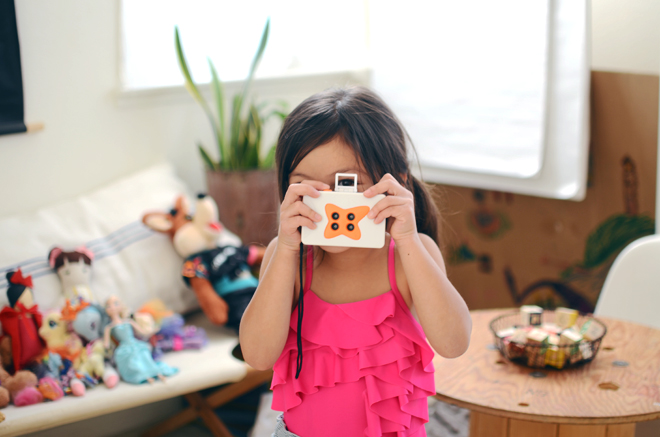 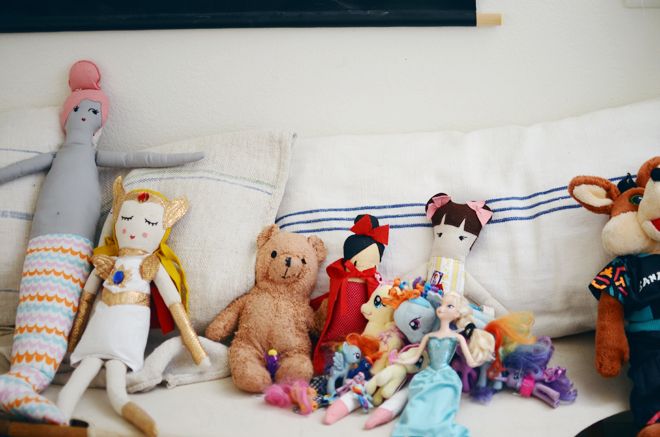 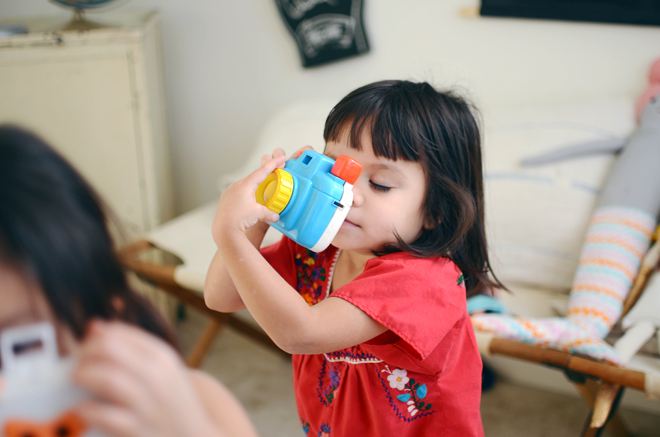 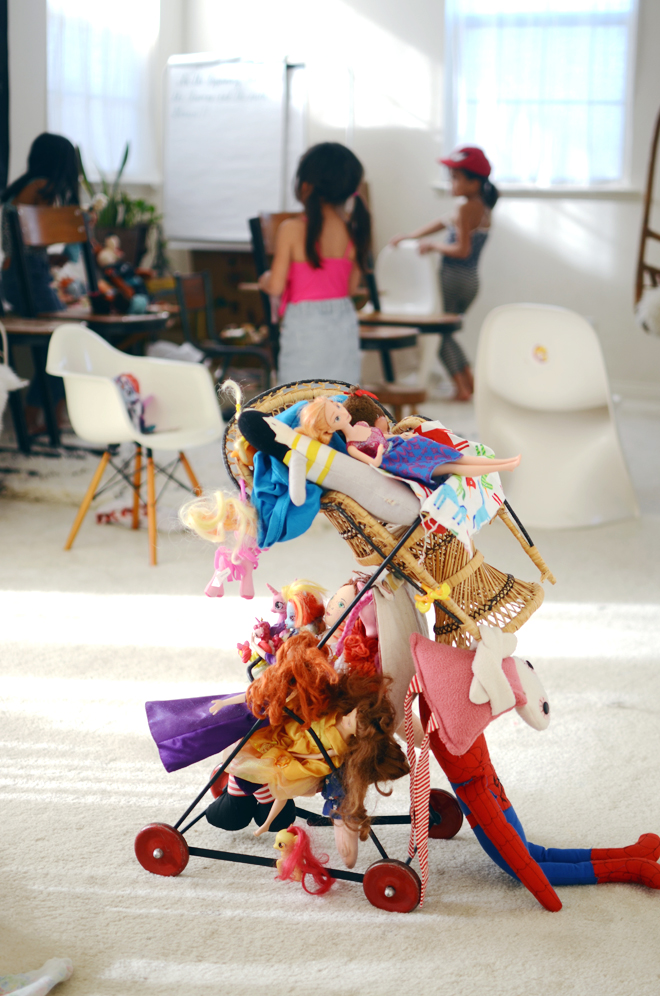 The girls are so cute. I was busy making granola downstairs, and I come up to see this set-up. Not sure what was going on, but it looked like they were having fun. While, our homeschooling schedule is full, I make sure these girls get a lot of play in too. I think play is just as important! They can play everywhere and they play so well together. I love seeing their imagination come to life, and while my inner neat freak cringes when the mess gets crazy, I do love seeing their imagination at work.

When we just had True, we were pretty strict on this handmade/wooden toys only, and while I much prefer that, they’re kids and they will like other things too. And with the grandparents, sometimes, there’s just no way of stopping them; we do try. If the girls don’t clean up their toys, and I have to do it, all the toys I clean up go in a bin. Later,  if they do something that warrants a prize/celebration (like performing in a small school production, memorizing memory verses, graduating to the next level of swim class, etc.), we go back to the bin and they pick out something. A toy that was theirs once, may not be theirs later if a sister picks it out before they can get to it.

The way my girls play is a little bit different from how I remember playing as a child. I was way more into dressing and styling my dolls, and I had tons of Barbies. My girls don’t have Barbies because of Ben’s feelings about them and the type of body image it portrays to little girls. Though they do have those Disney princess ones, so it’s kinda different (kind of not), but the princess ones are allowed (although they don’t last long!). I think the main difference in the different ways we played is that I played by myself because I was 4 when my brother was born. My girls have each other, so they are always playing in groups. The drawback to that is that they are so used to playing with each other, that when other kids come around, they just tend to stick together and not really talk to other kids. Then add them being slower to warm up, and sometimes I get embarrassed that they don’t seem so friendly to others. That’s probably a whole other post, and maybe some of you may have tips on how to deal with that.

I remember as a kid, my cousin would make fun of me because my Barbies’ boyfriends were my New Kids on the Block dolls. I think I had the whole band! Anyone else have those dolls too? I think Jonathan was my favorite.

18 comments on “let them play”