recap of our winter garden harvest 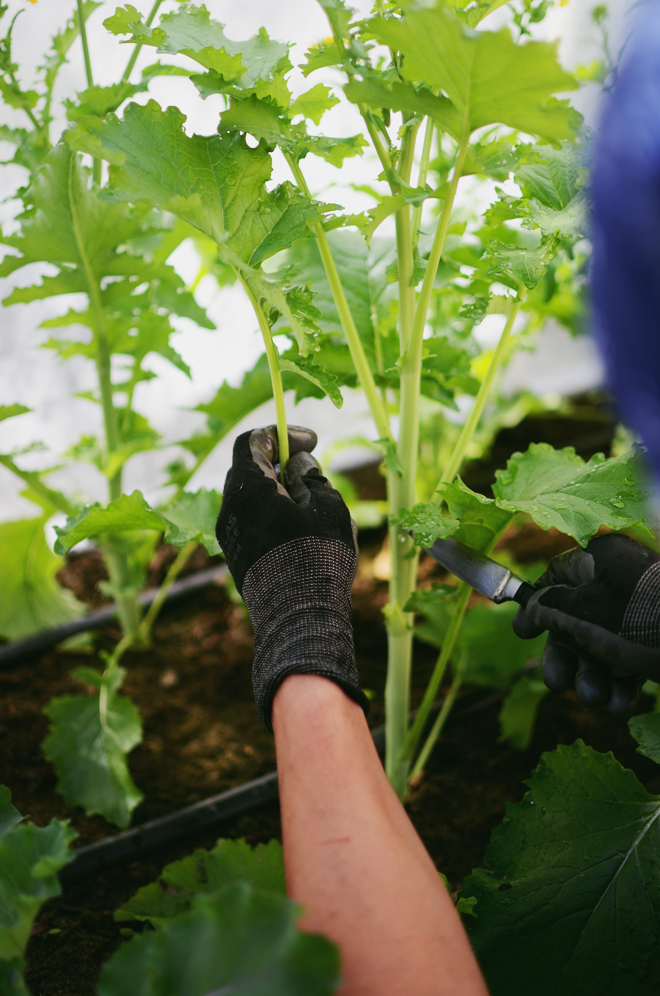 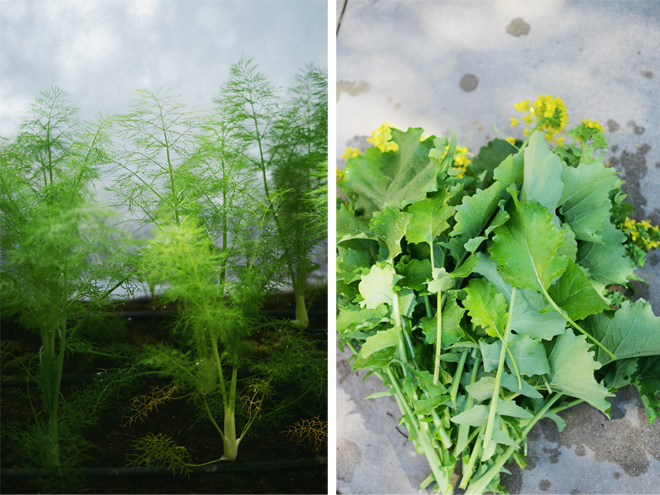 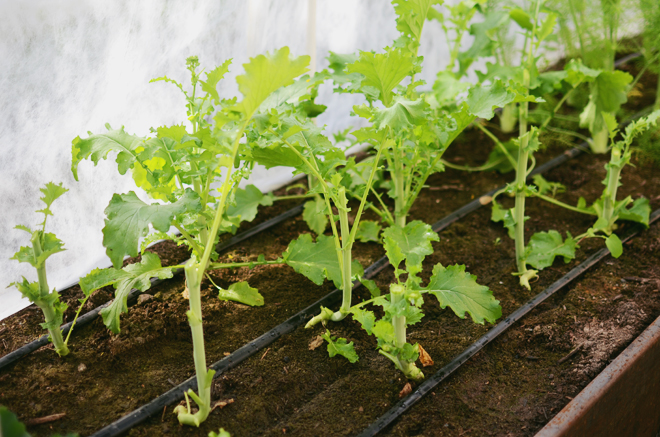 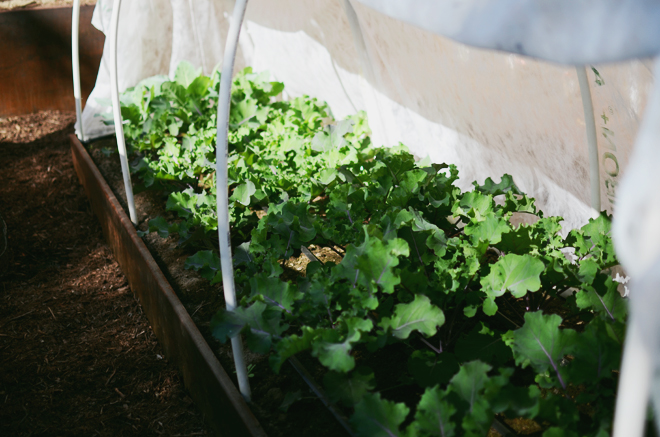 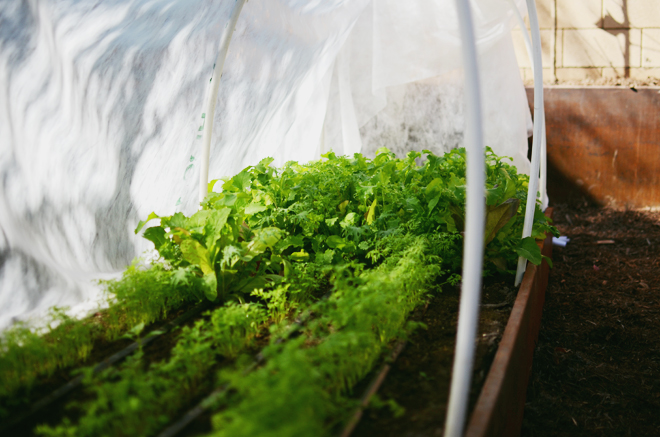 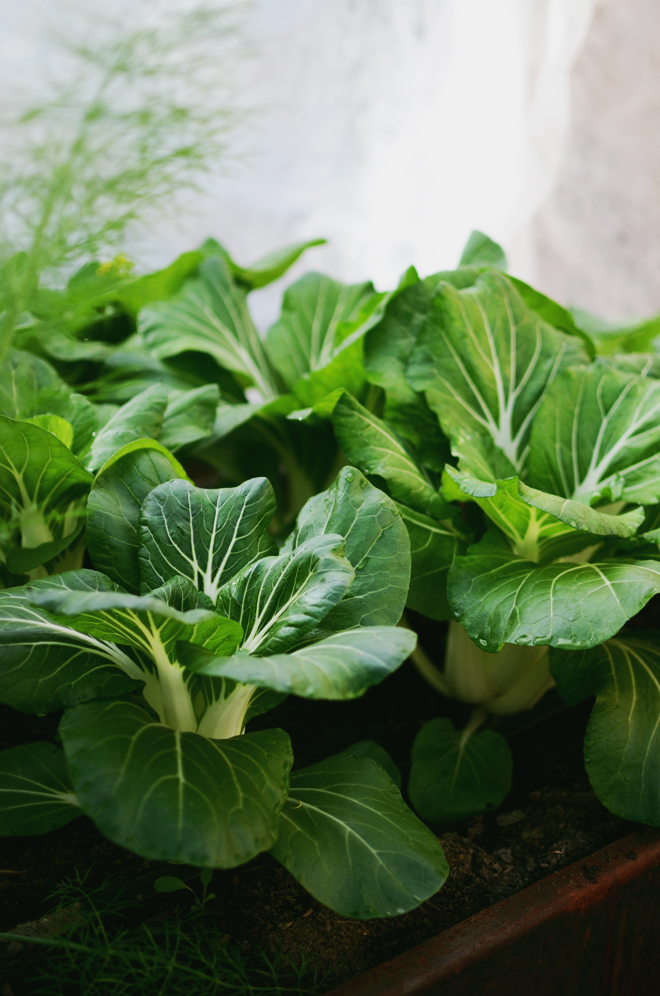 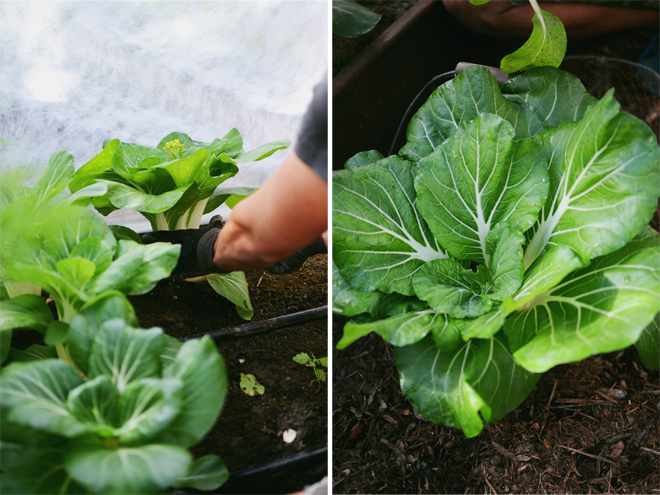 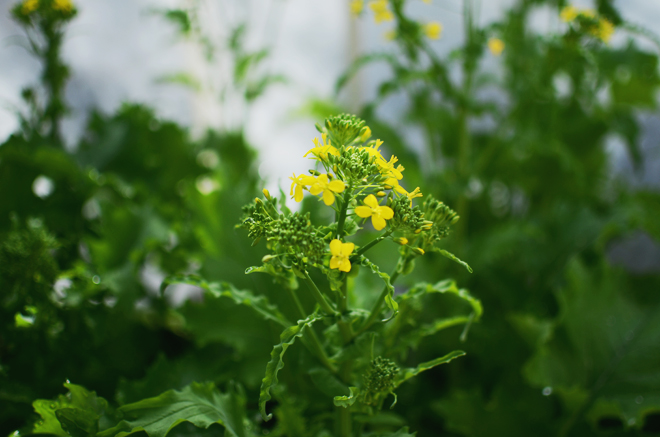 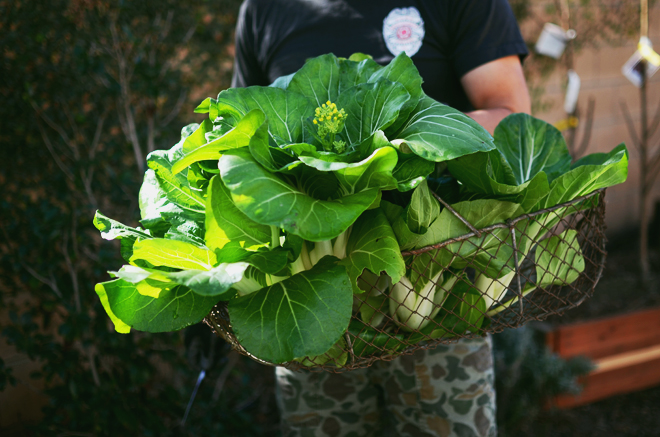 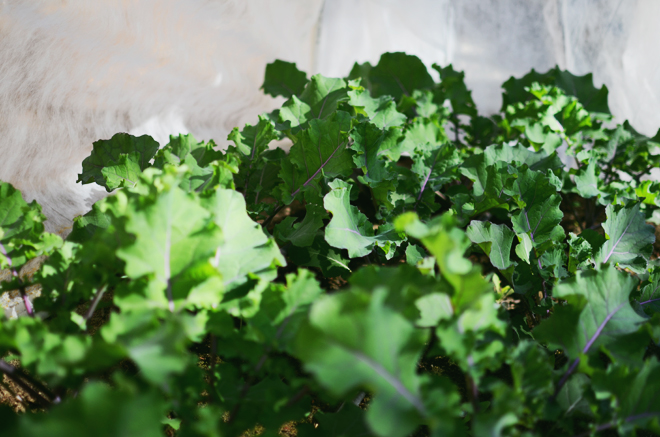 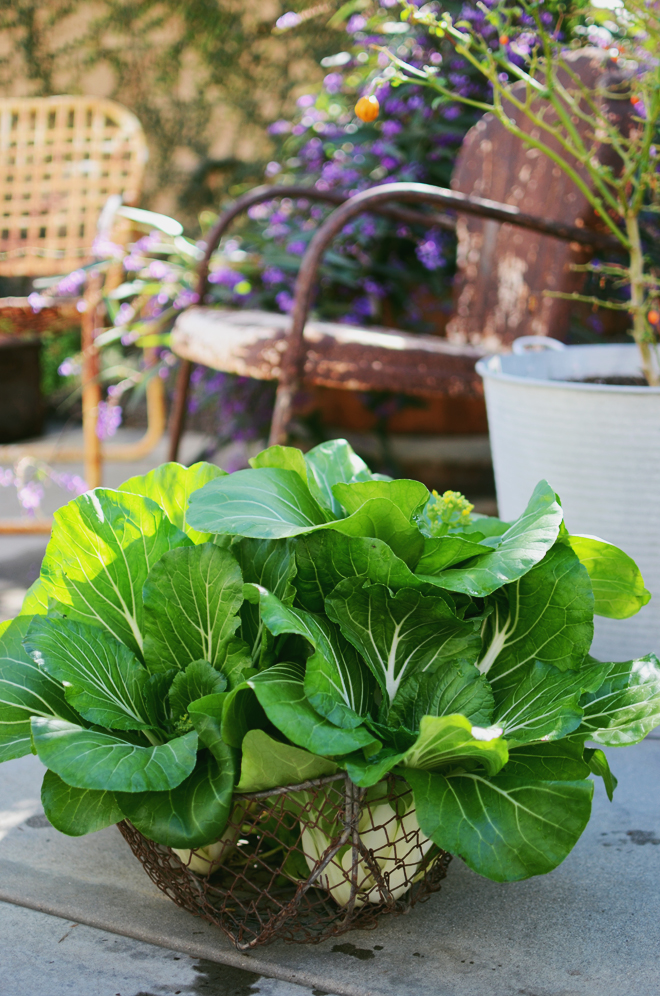 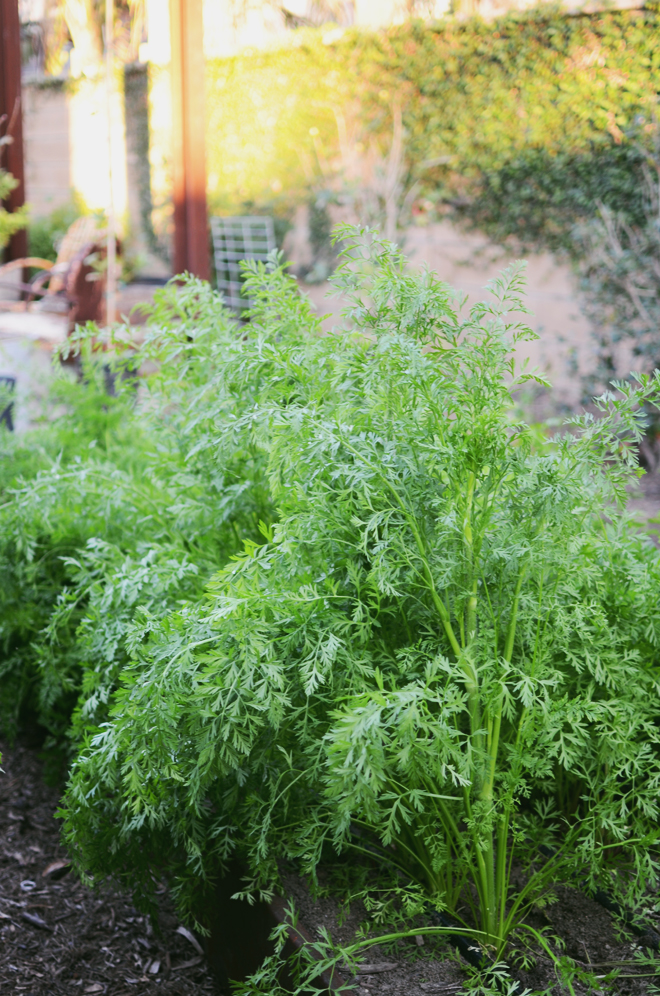 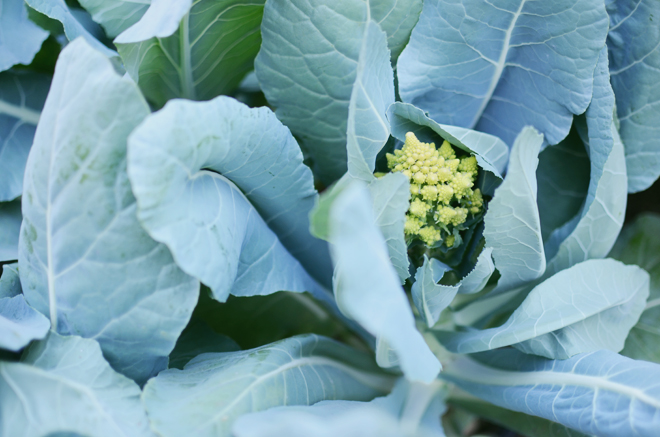 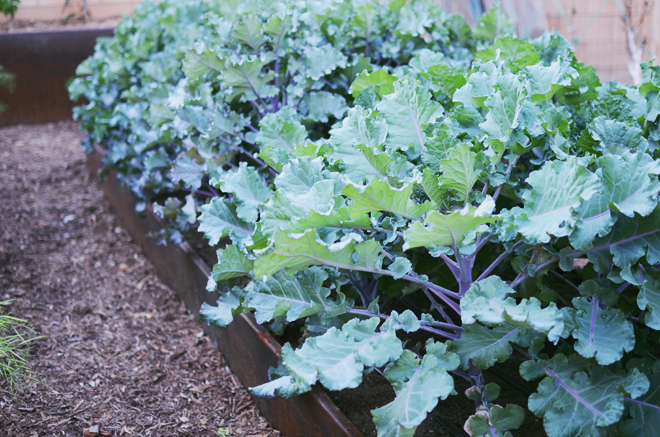 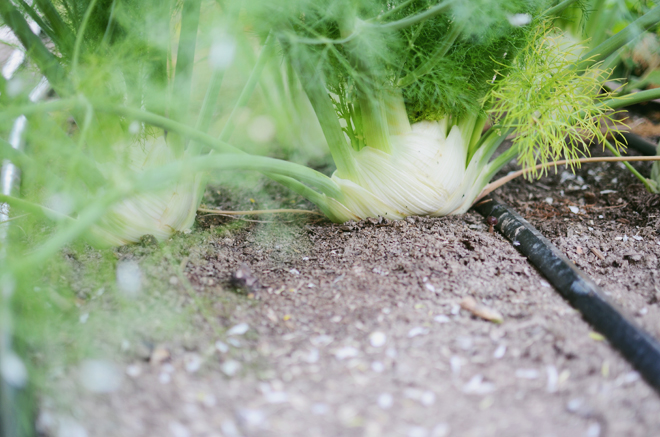 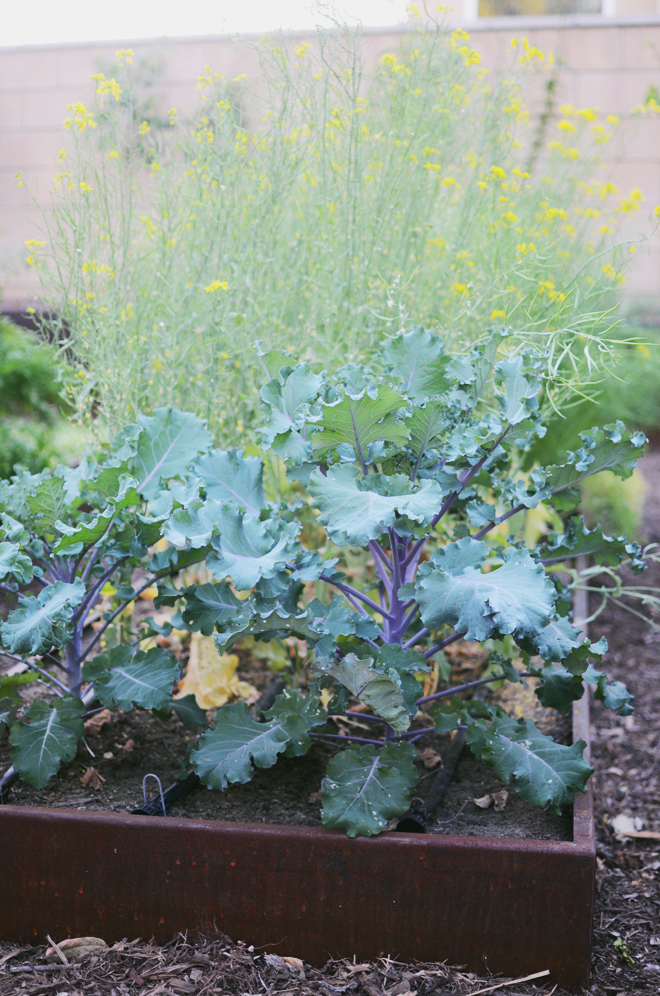 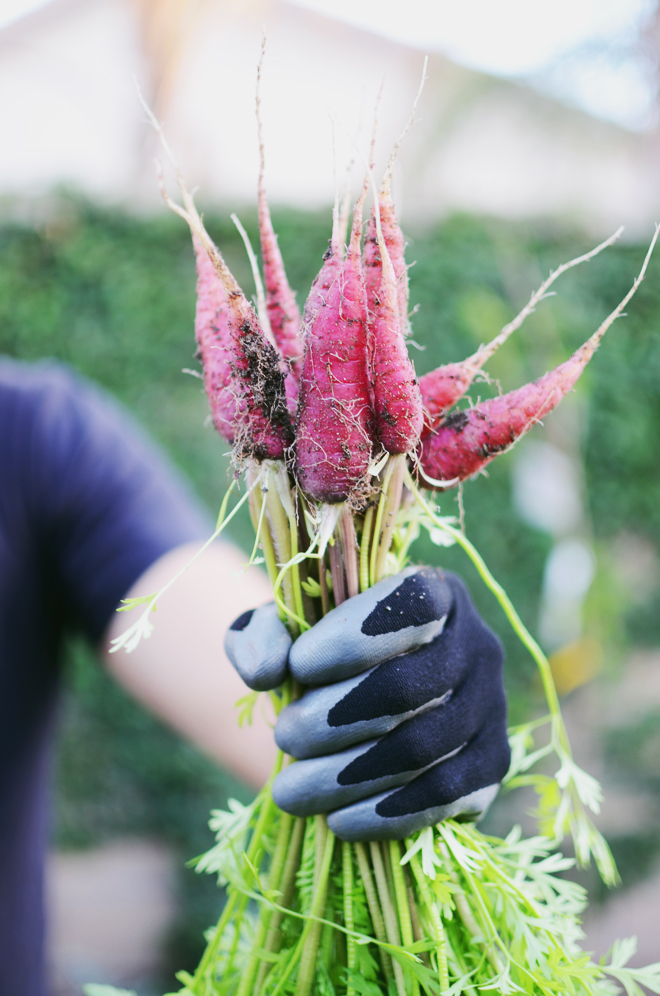 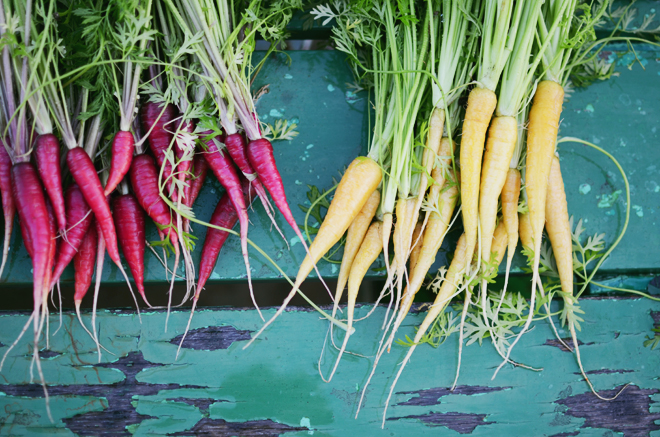 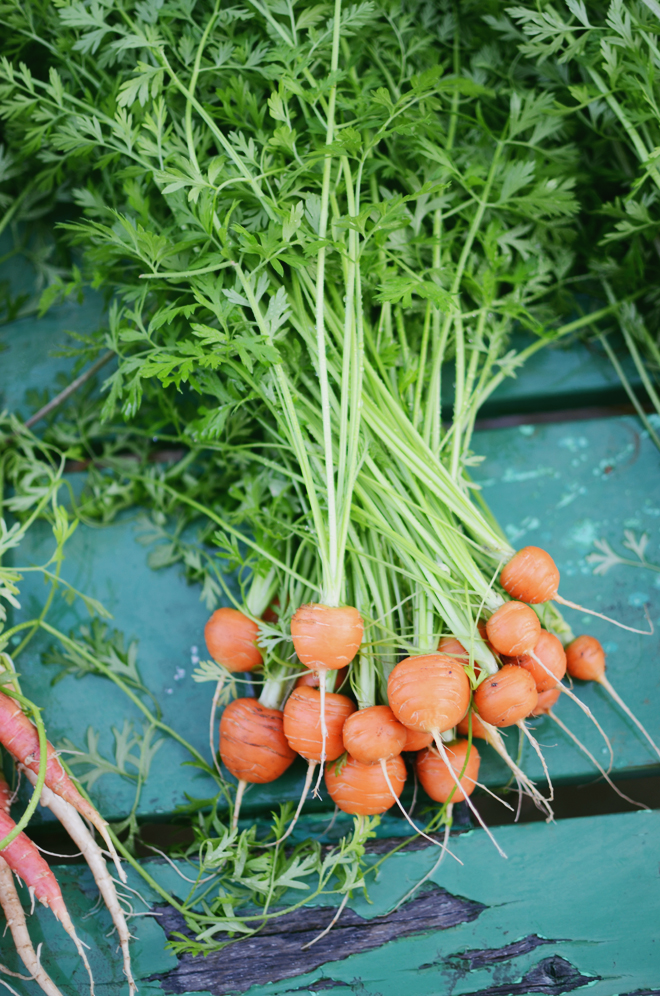 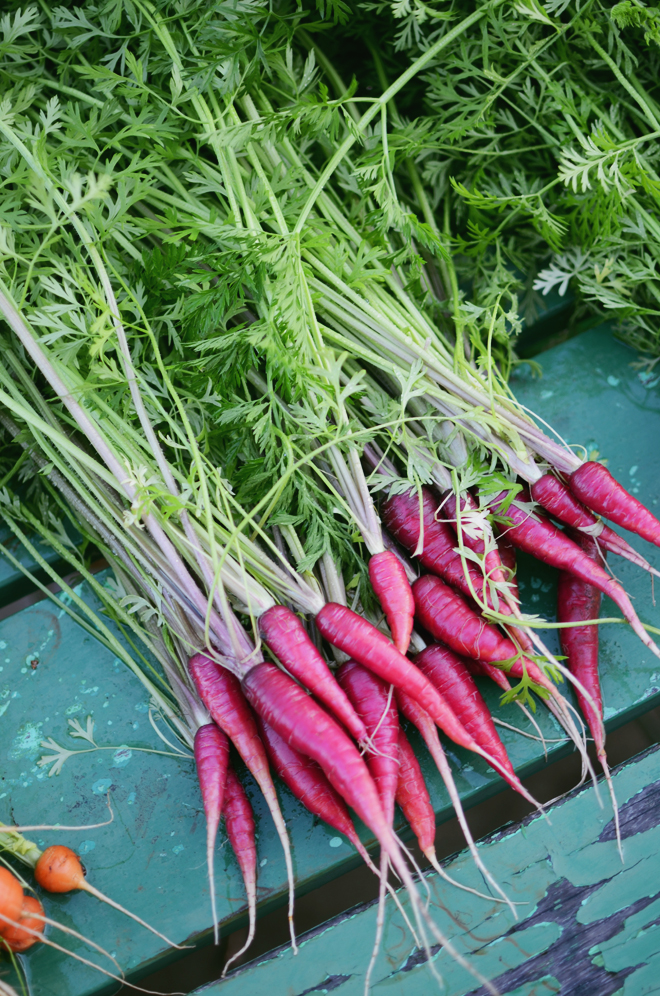 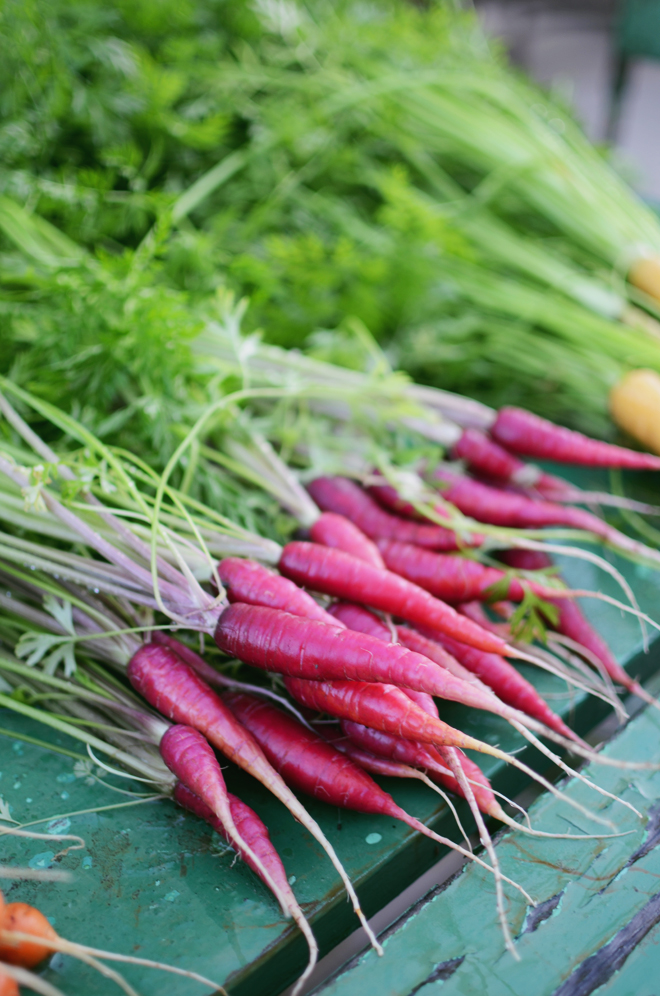 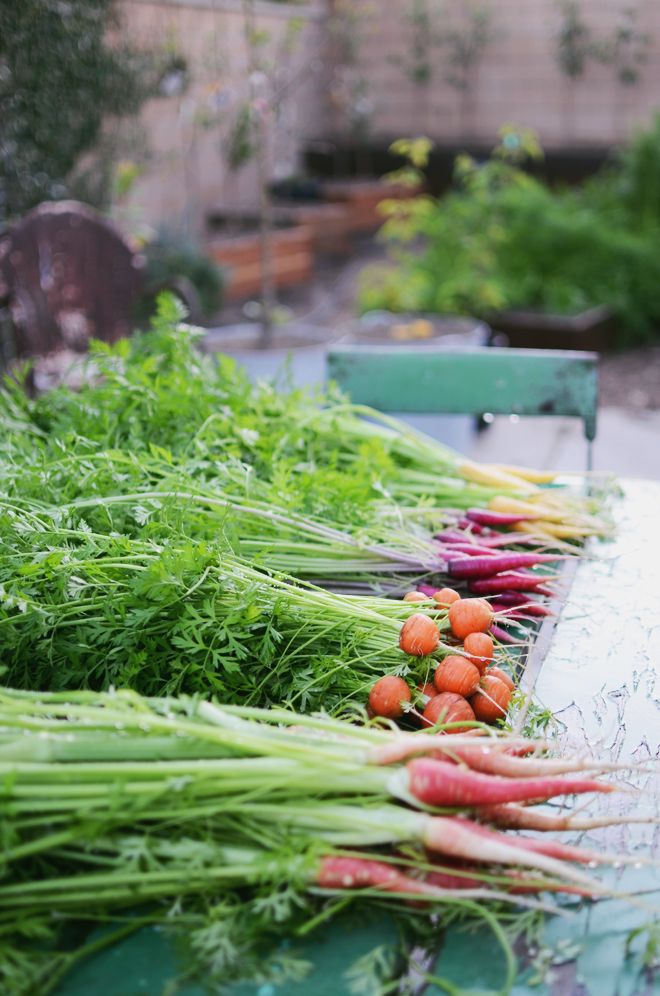 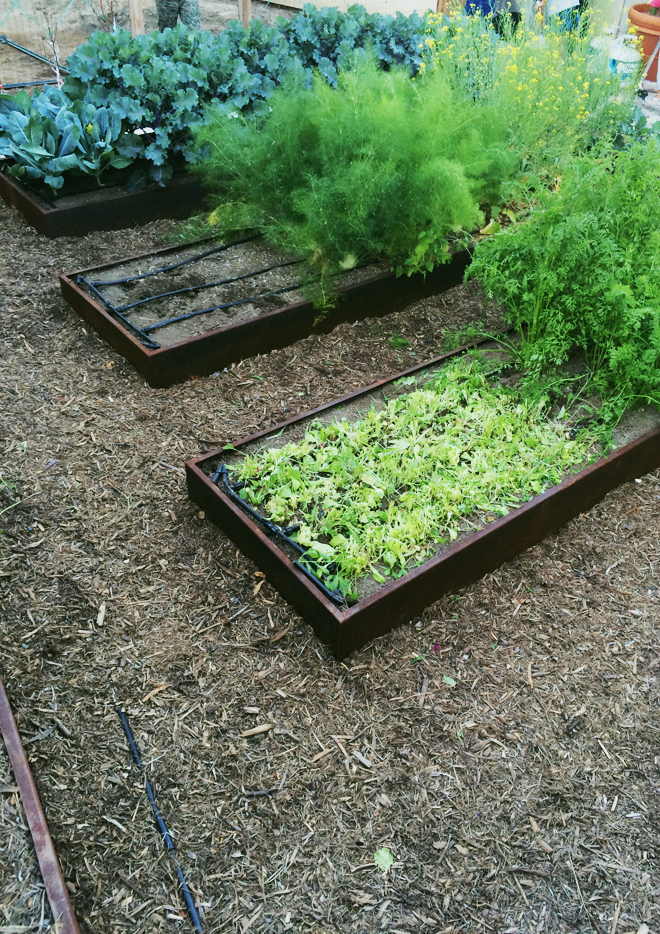 We are already into our summer garden, but this is how our winter garden fared:

Romanesco (above photo, top left) – The 6 plants grew slower than we hoped. Started from seed at the very end of November, the buds weren’t evident until a few months after. Unfortunately it appeared to be too late for our warmer temperatures because they bolted. The small heads that were there blew out like a slow motion firework and we never got to enjoy them.

Kalettes (above photo, top right) – This was the most anticipated veggie that’s a kale-Brussels sprout hybrid. And now in June, month 7, the suspense continues to build! They are painfully sllllllllooooooooooooooooooooowwwwwwwwww growers. All the leaves you see there are not the actual kalettes. Rather, the kalettes grow just like Brussels sprouts, attached to the stalk at the “armpit” of where the large leaves you see in the photo connect to the main, vertical stalk. However, instead of looking like mini-cabbages like Brussels sprouts, the finished product is more reminiscent of a shuttlecock. Three different varieties are there and the kalettes just started to form in the last couple weeks. We’re almost there!

Bok Choy (above photo, vacated spot, middle left) – We harvested it just like the ones you see in the store. Oops. Evidently it’s a gift that can keep on giving, so long as you remove some of the leaves (not all at the same time!) We enjoyed it, but could’ve enjoyed it more had we harvested it differently

Fennel (above photo, middle, center) – We all love fennel. Ben doesn’t like licorice but loves fennel (which has a licorice flavor), so it’s possible to like it even if you don’t like licorice. This is one of the veggies the girls get unusually excited about! Unfortunately, it is a one-hit wonder (when it’s harvested once, that’s all), but totally worth it).

Broccoli Raab (above photo, middle right) – This bountiful and bitter vegetable grew so fast; we just weren’t ready for it with all the fruit tree planting back in January and February. It bolted and flowered shortly thereafter. Bummer since it’s one of our favorites. The girls, not so much… their palettes aren’t as accepting to such sharp and spicy flavors.

Mixed greens (above photo, bottom left) – The most generous vegetable by far. Like grass (or hair)… you cut it and it grows right back. Saved a lot on bagged mixed greens over the 3 months it was in ground!

Carrots (above photo, bottom right) – All shapes, sizes, and colors. The girls had a lot of fun popping these with ease out of the ground.

We learn new things every season we have new crops. We’d plant everything again, just making the changes mentioned in the tending approaches. The jury is still out on the kalettes to see if they’ll be worth hogging up nearly an entire bed for over half of a year! Tomatoes are now in the bottom 2 beds, but since the kalettes continue taking the scenic route journeying to their destination, it prevented a 3rd bed for tomatoes that are so dear to our hearts and tummies! 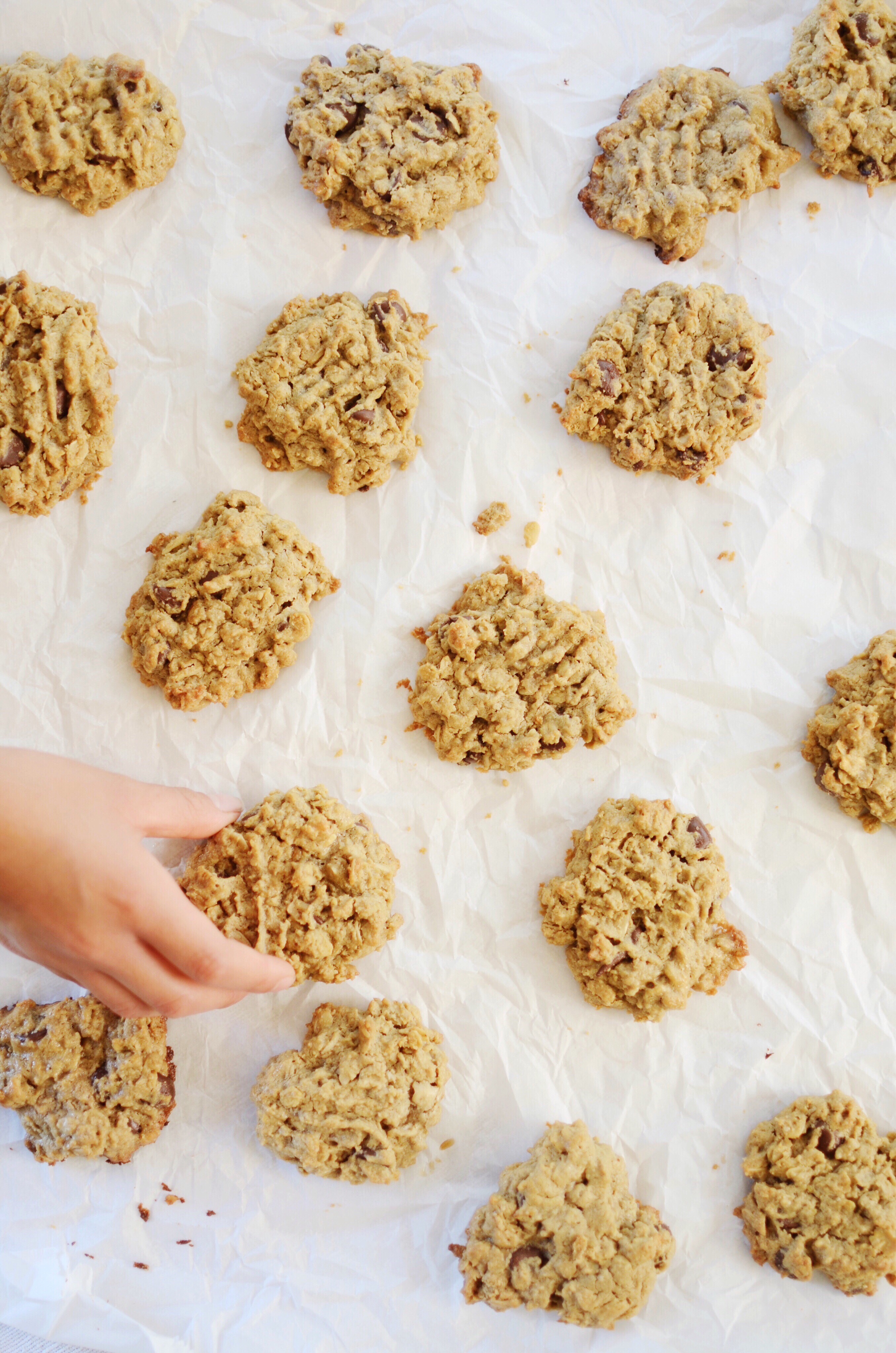 2 comments on “recap of our winter garden harvest”