a frozen surprise by true 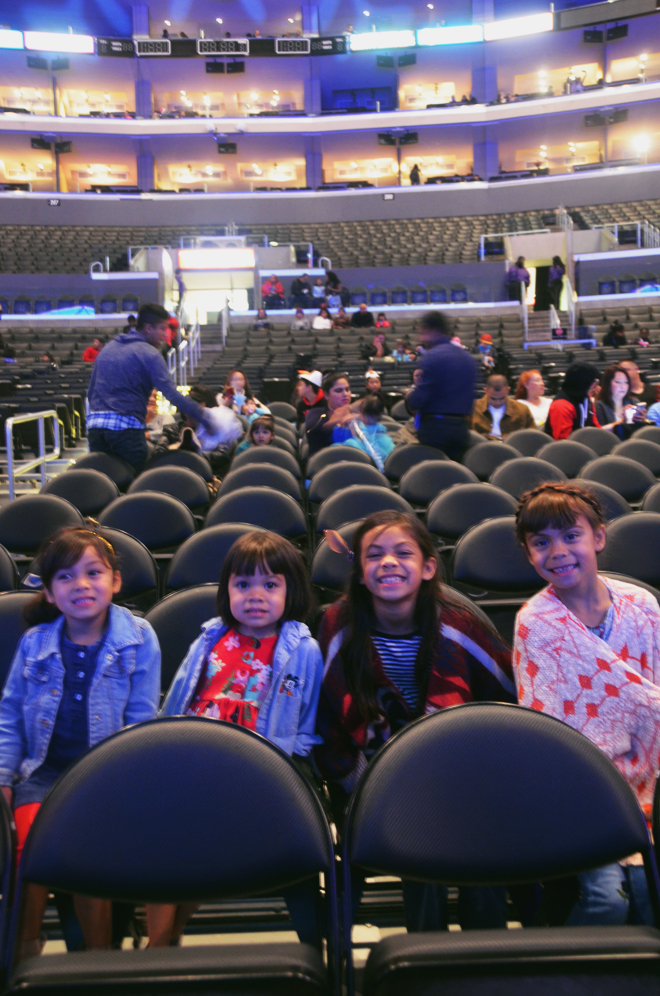 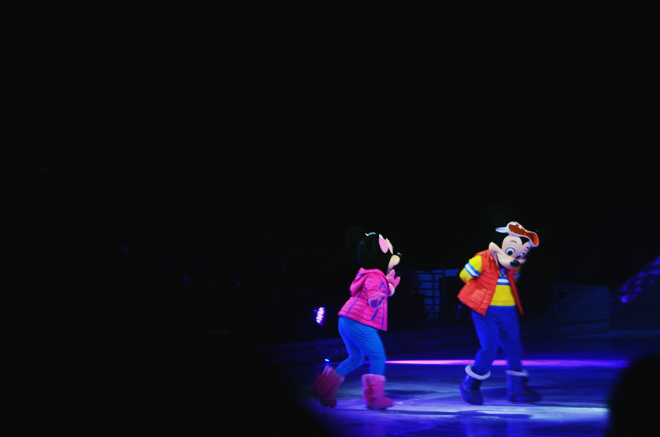 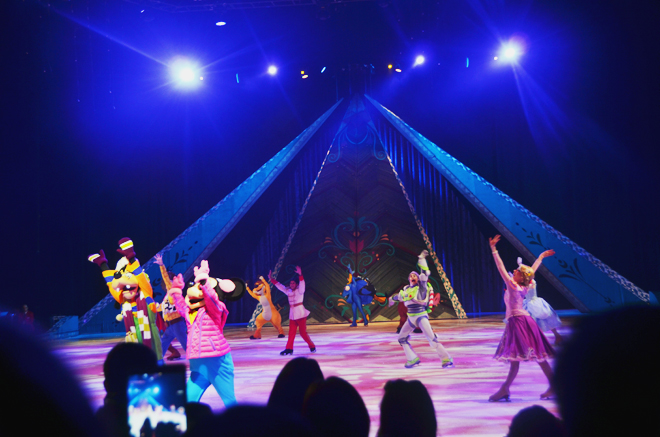 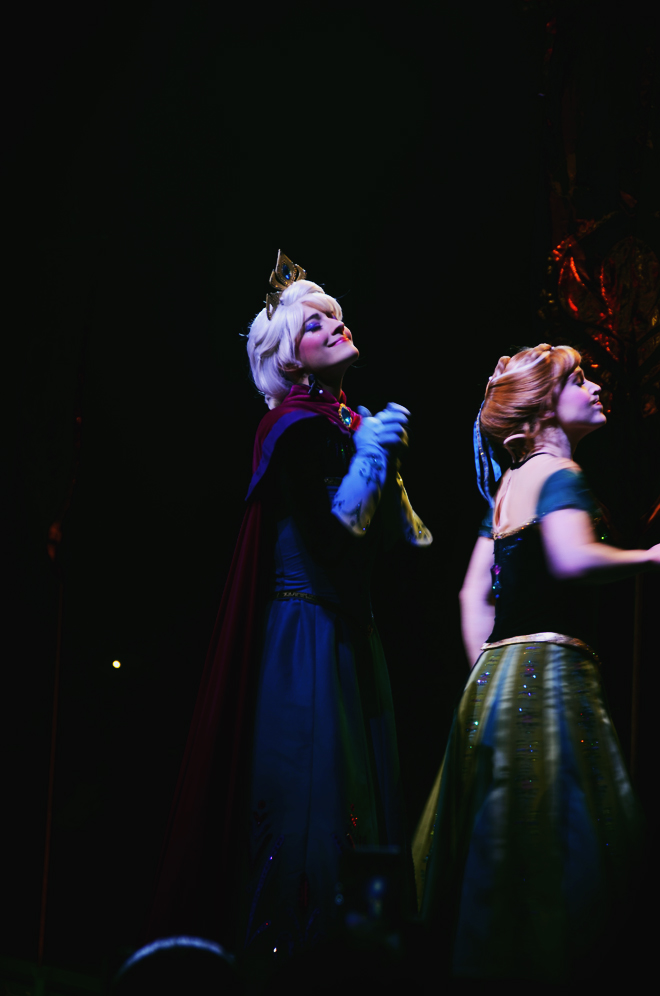 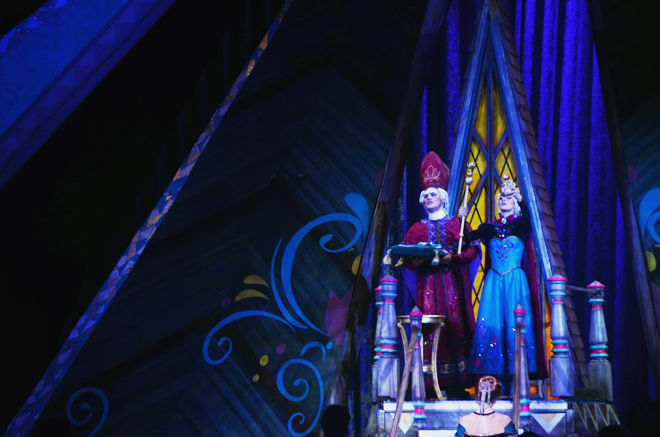 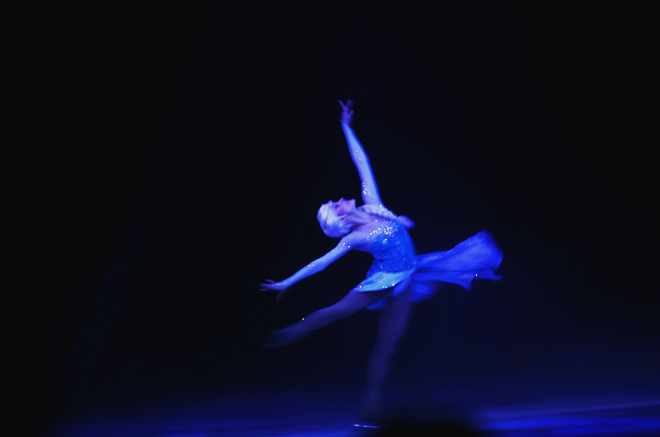 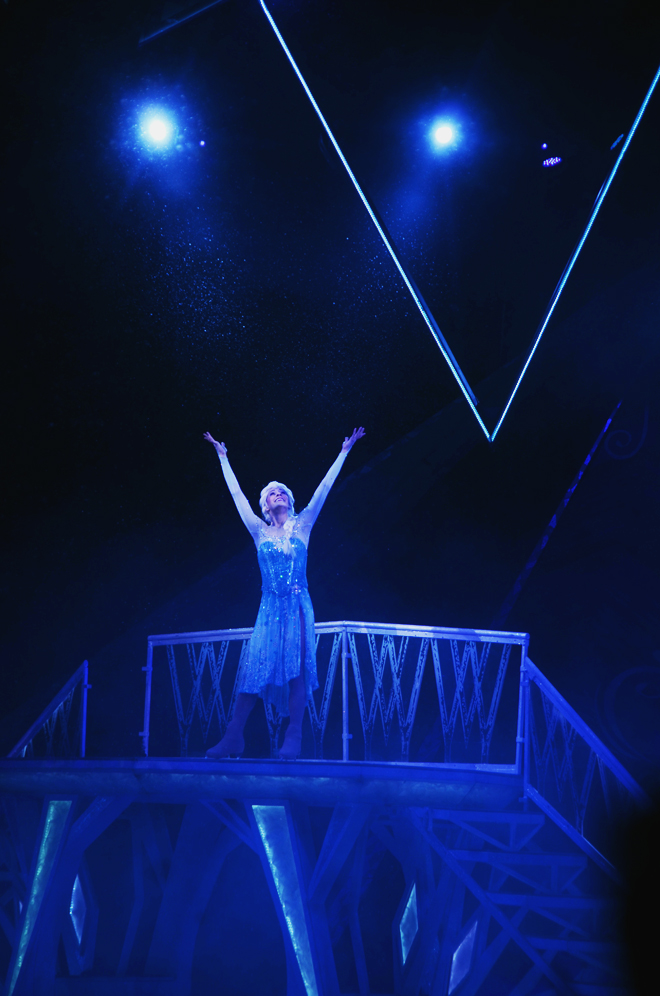 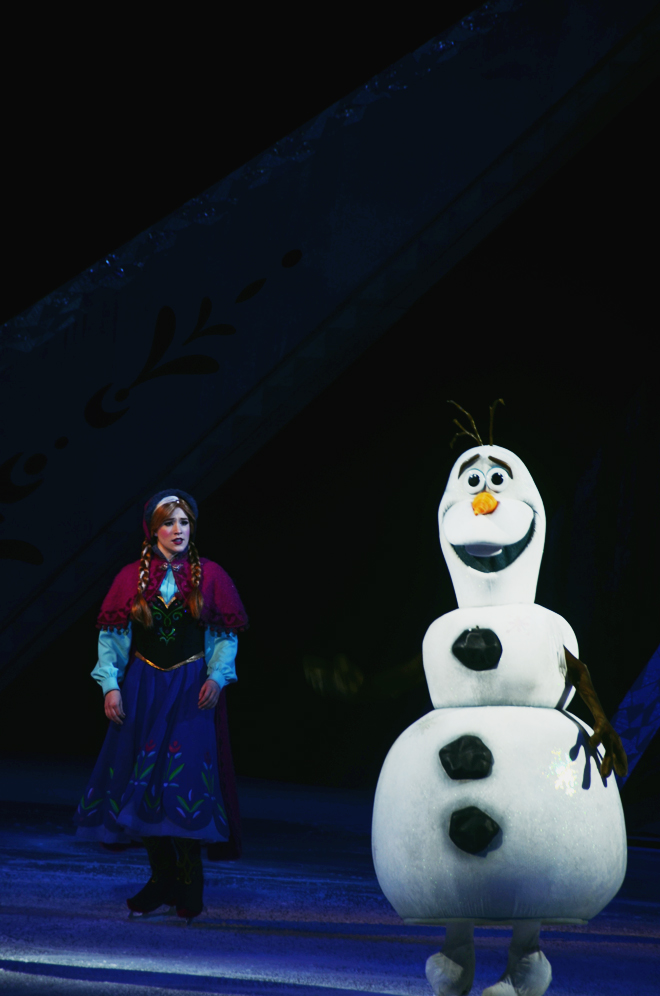 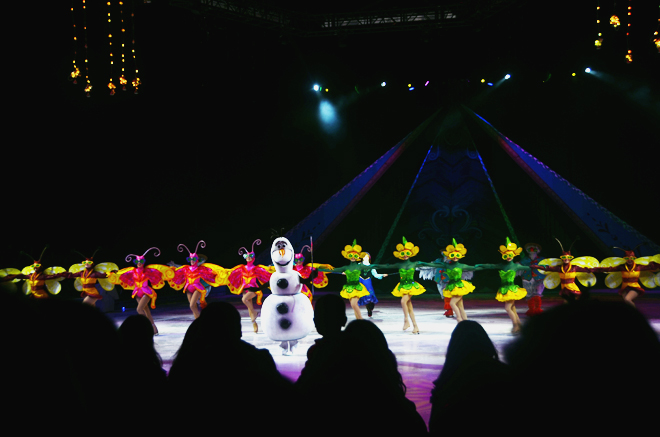 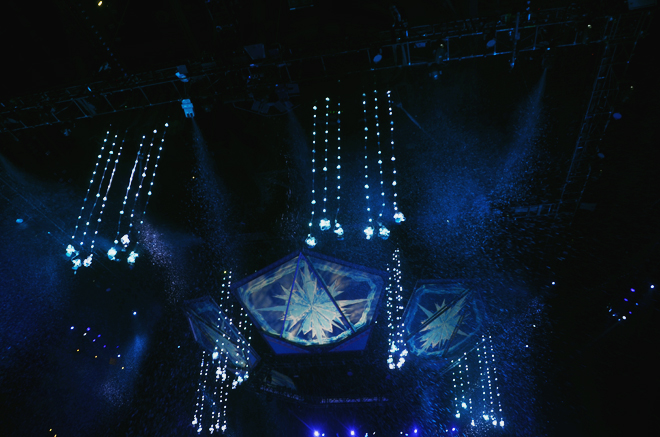 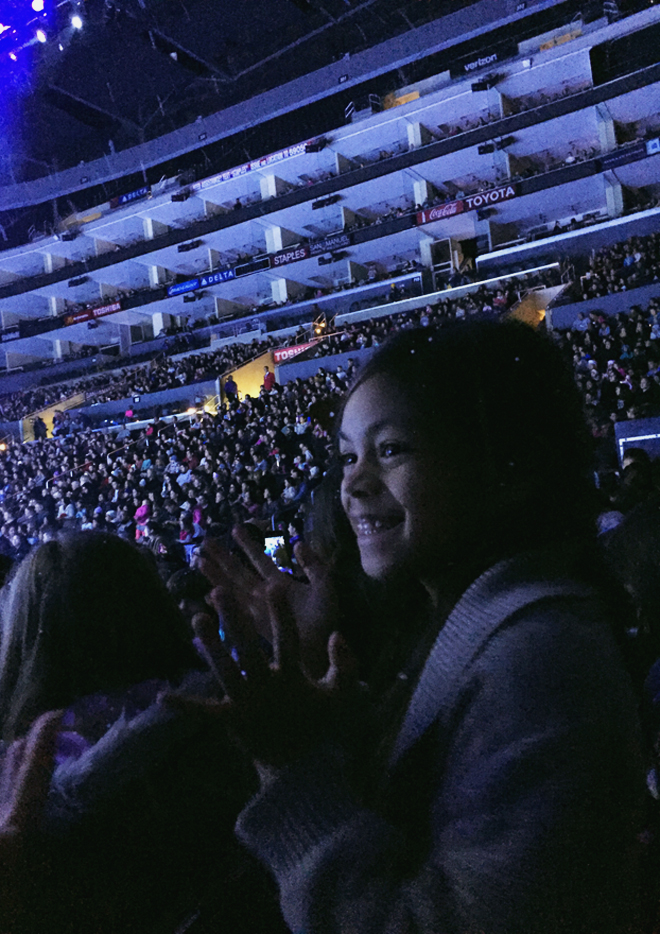 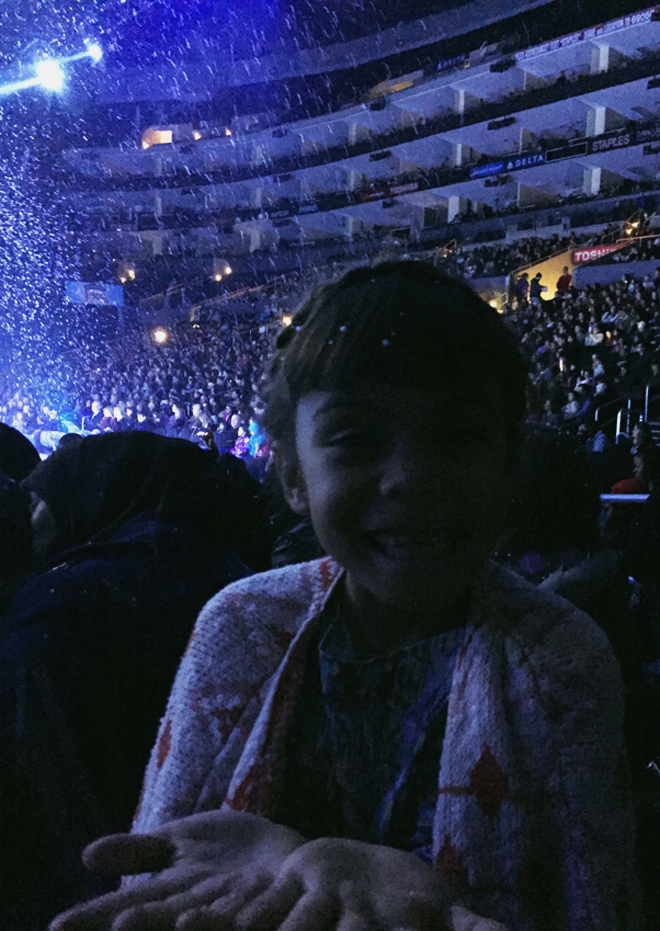 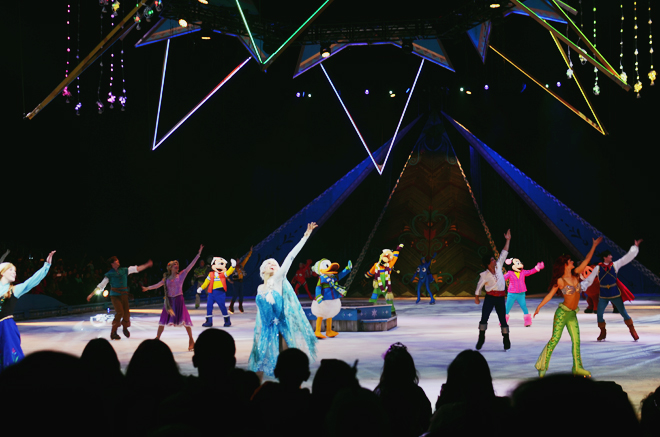 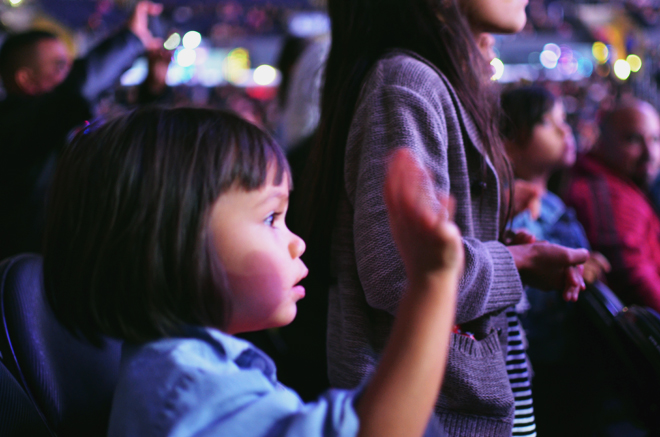 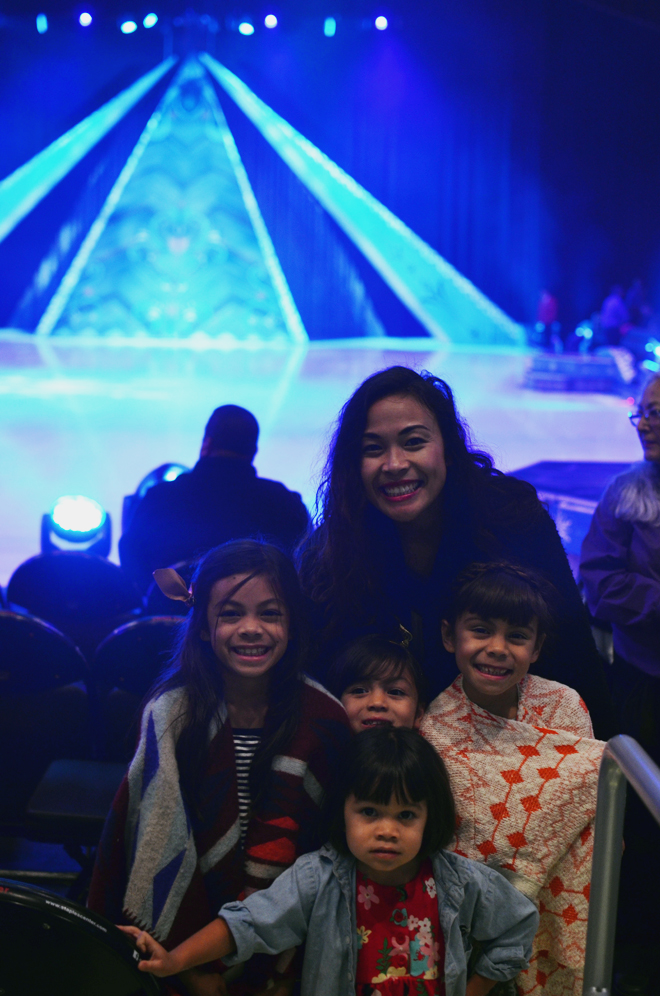 We arrived to the Staples Center, and mommy told us we were going to a Laker game, which we weren’t happy about because we aren’t Laker fans. When we were walking in we saw all this Disney stuff,. That made us so confused. When we sat down in our seats, mommy told us our surprise was to watch Disney on Ice presenting Frozen! As we were sitting down, someone asked for our tickets and then gave us new tickets to move closer. We moved so close to the stage, we were only 5 rows back from the ice.

While we were waiting for the show, we took pictures. It was so cold. Then, a boy and girl came out to show the audience how to do a snowman dance. After they left, Mickey Mouse and Goofy came out on a sled, and they were talking about love. Minnie Mouse came out and Glow started waving to her!

Mickey kept talking about love and he called out some characters who knew about love. He called out Snow White and her prince, Ariel and Prince Eric, Rapunzel and Flynn, Cinderella and her prince, Nemo and his dad (and Dori), Buzz and Woody, Timon and Pumbaa, and lastly, Donald Duck! All the characters started singing and dancing together. Finally, most of them left, except for Mickey, Minnie, and Goofy, and Mickey began to tell a story about two sisters, and then Frozen began…

During, the song “Do You Want to Build a Snowman?”, I saw the younger Anna switch with the older Anna. We liked it when Elsa and Anna both said, “Chocolate!” at the same time. My favorite song is “For the First Time in Forever,” and Brave liked “In Summer.” Soul said her favorite was “Fixer Upper,” and Glow’s was “Let it Go.” As Elsa sang, “Let it Go,” and used her powers, snow was falling down and all of us loved that part so much.

The funniest part is when we saw Olaf and his head came off. That part was hilarious! When the show was ending, we saw all the characters come out and dance again. Then, once we were in our car and heading home, we kept talking about how much fun that was. My sisters and I liked it so much that we want to see it again!
– True

Disney on Ice presenting Frozen runs in Southern California from December 9th until January 4th. To see a complete list of tour dates and see if they’re headed to your area you can check here.

This post is in partnership with Feld Entertainment as a Feld Family Ambassador; complimentary tickets for the show were provided. I’m always so thankful opportunities such as this (my girls are especially thankful), and also for the time you take to support me and this space.