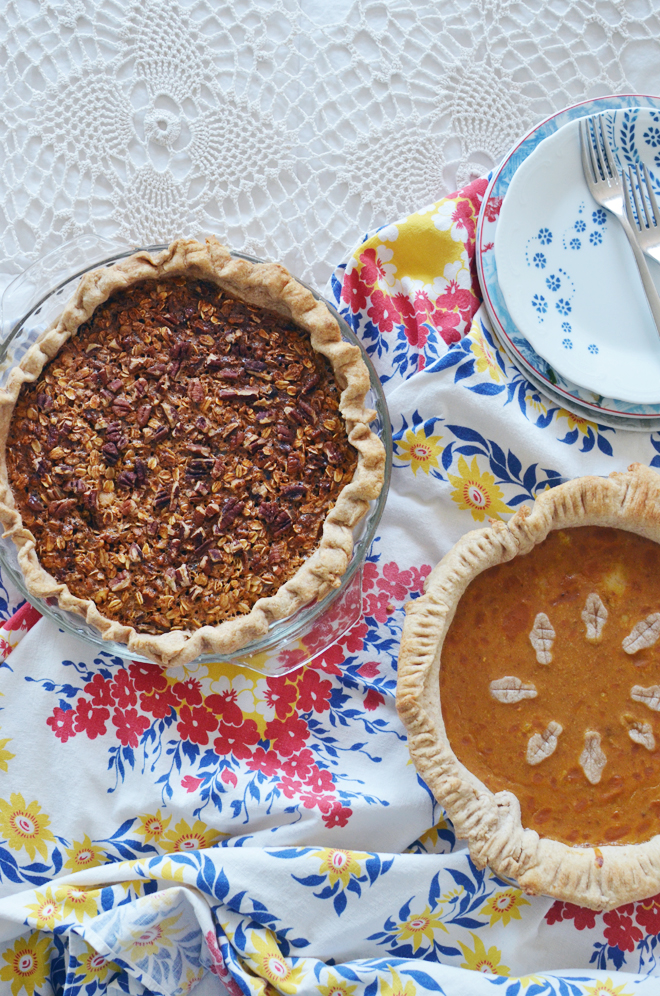 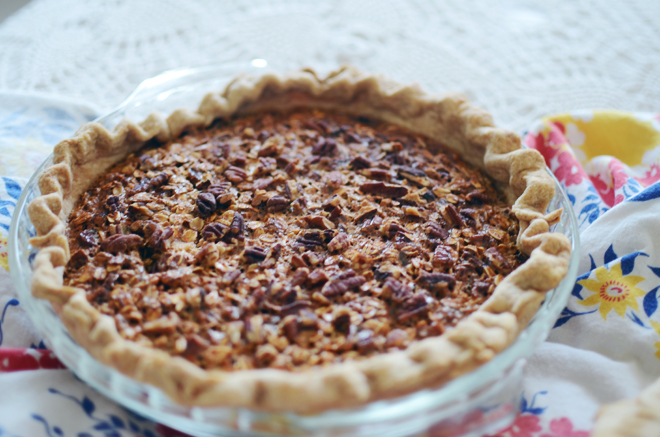 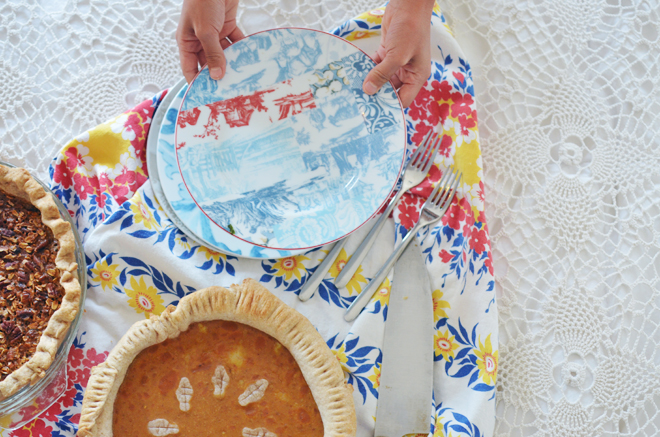 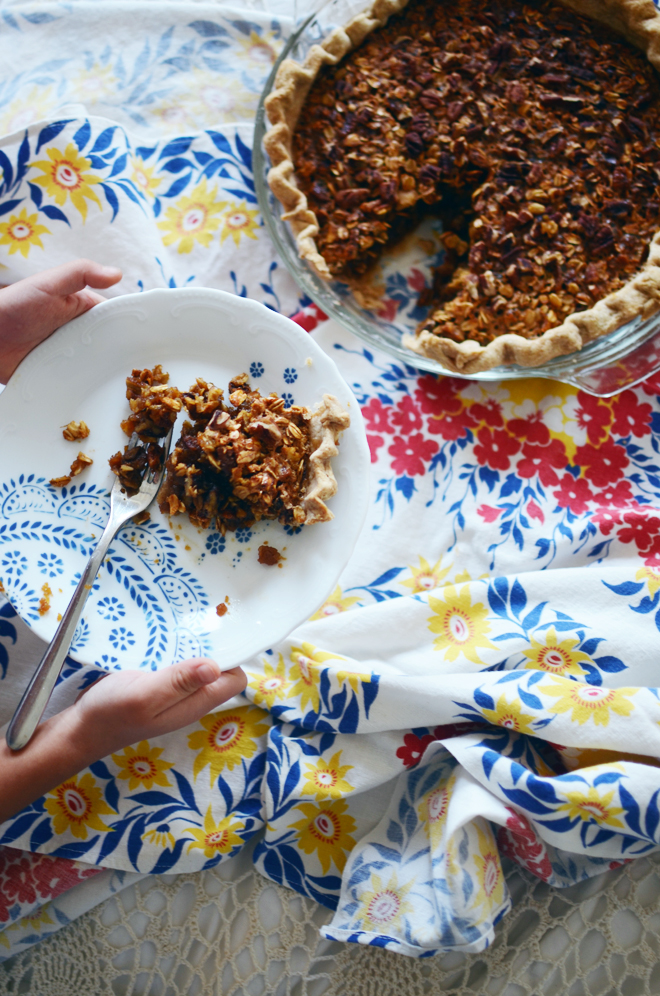 For our Thanksgiving dinner tomorrow night, we are going the non-traditional route. Ben did a little research on what was likely served during the first Thanksgiving, and pie was not on the list (no butter, flour, or ovens for baking). Also not on the list is stuffing and mashed potatoes. I broke the news to the girls, and they were bummed our Thanksgiving dinner wouldn’t include pie. While Ben is okay leaving that stuff out, us girls certainly aren’t. Since he worked late this evening, we baked some pie in the afternoon, and had ourselves a pie party at night.

Now, my pretty pie crust making skills are sorely lacking, but the pies did not disappoint in taste. I used this oatmeal pecan pie recipe and this pumpkin pie recipe I made awhile back. We put on the movie Paddington, and the girls and I cozied up in bed, and happily indulged in our pie. I say we make this pie party a tradition every year.