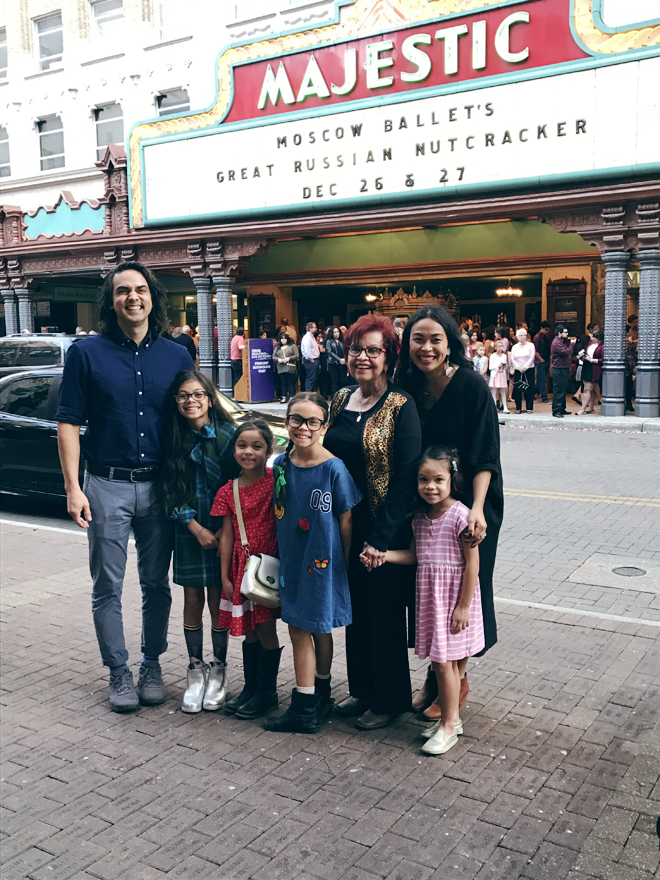 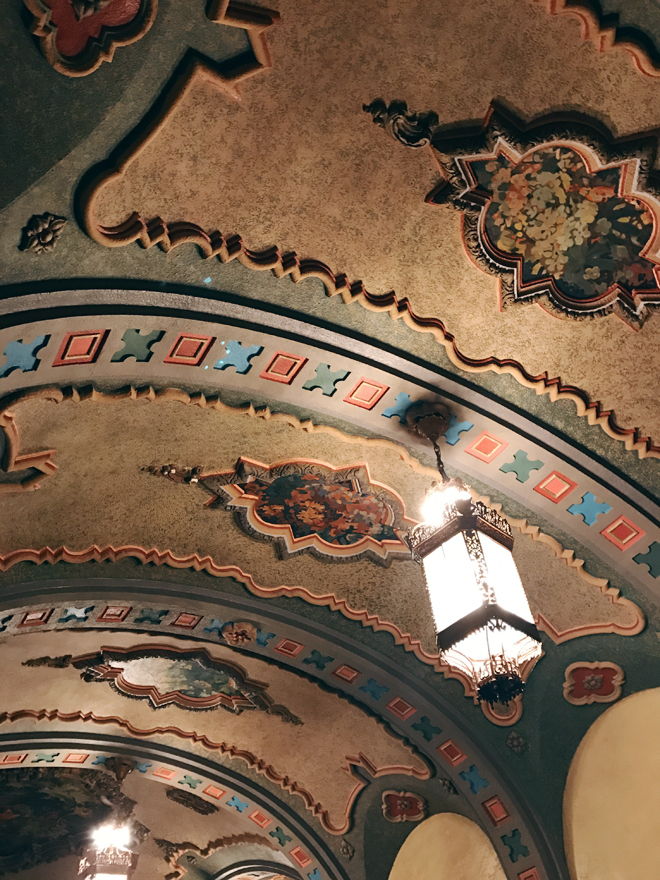 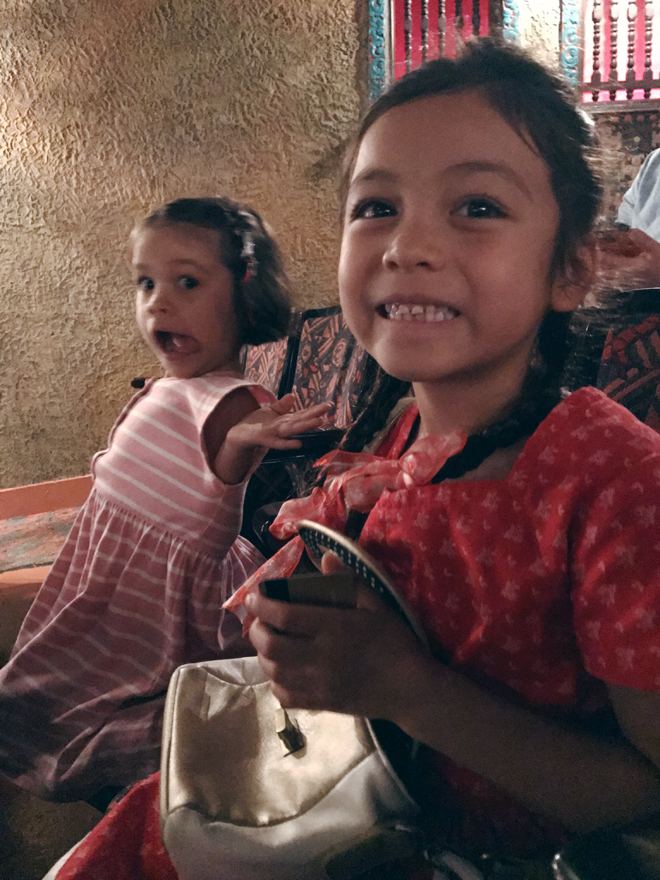 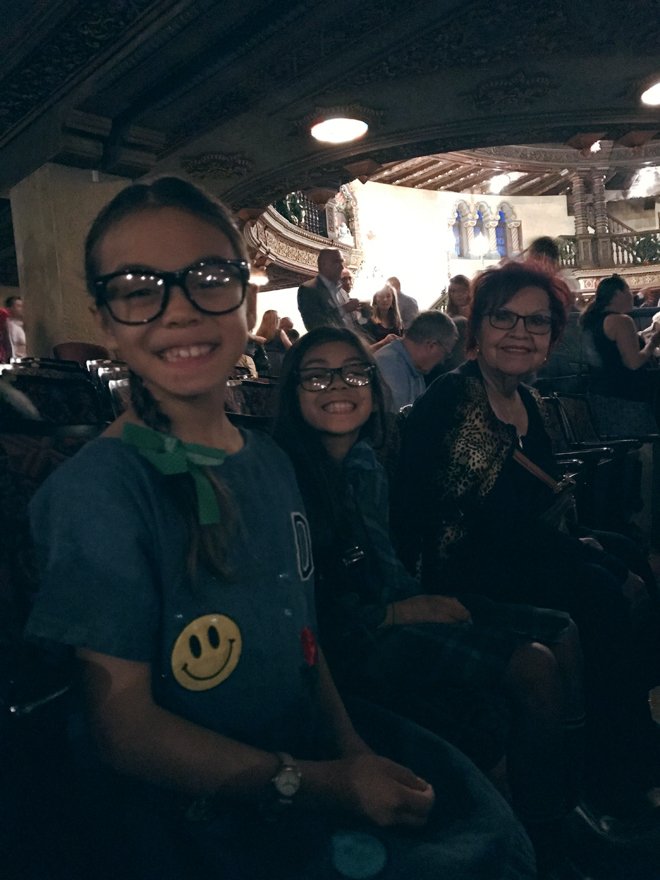 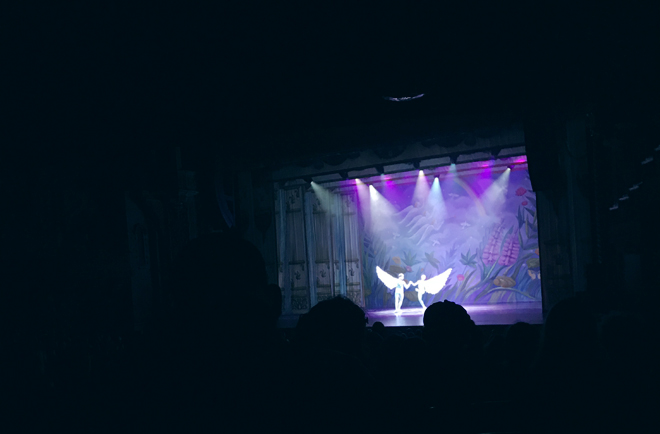 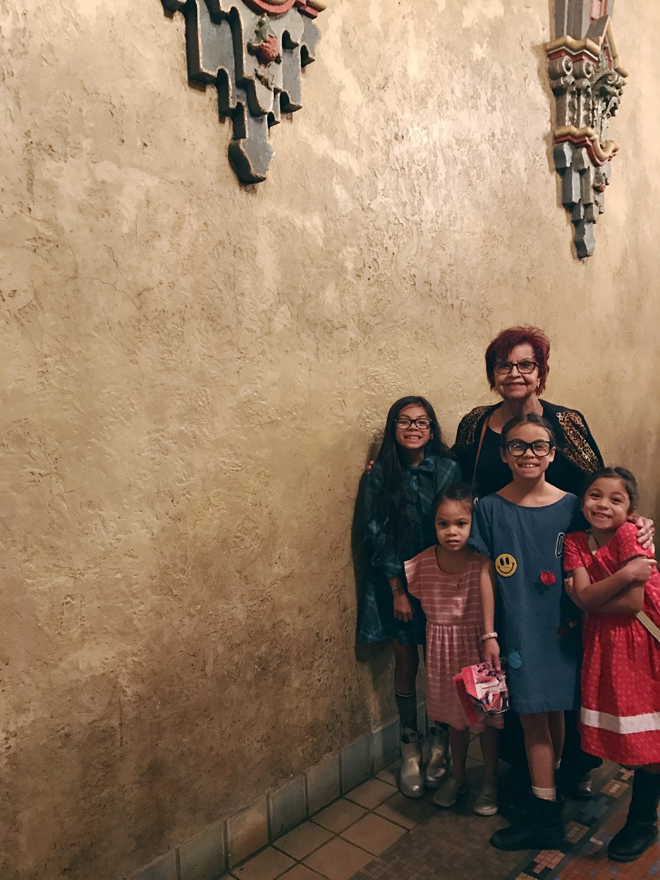 Ben’s mom goes to see the Nutcracker every year with his sister, and this time, she took us along for the adventure too. This was the girls’ first experience with a ballet and what a beautiful show to start with. Prior to going, they read the story with Ben’s mom, so they were familiar with the story line, and it’s always fun to compare and contrast the differences after. After the show, Soul said, “Where was the talking?” She didn’t quite get it, but she went on and on about the gorgeous costumes. I hadn’t seen the show since I was a little girl, but I remember falling in love with ballet after. It was special to be able to watch it with my own little girls many years later. They’ve since started recreating some of the dances from the show in our home (I totally knew this would happen). Thank you Grandmama for this special Christmas adventure!

We saw the show at the historic Majestic Theatre and I was wowed by the intricate details of that amazing building. They just don’t make things like they used to. After the show, we walked all along the San Antonio Riverwalk. I hadn’t been since Ben and I first started dating and this was another San Antonio first for the girls too. 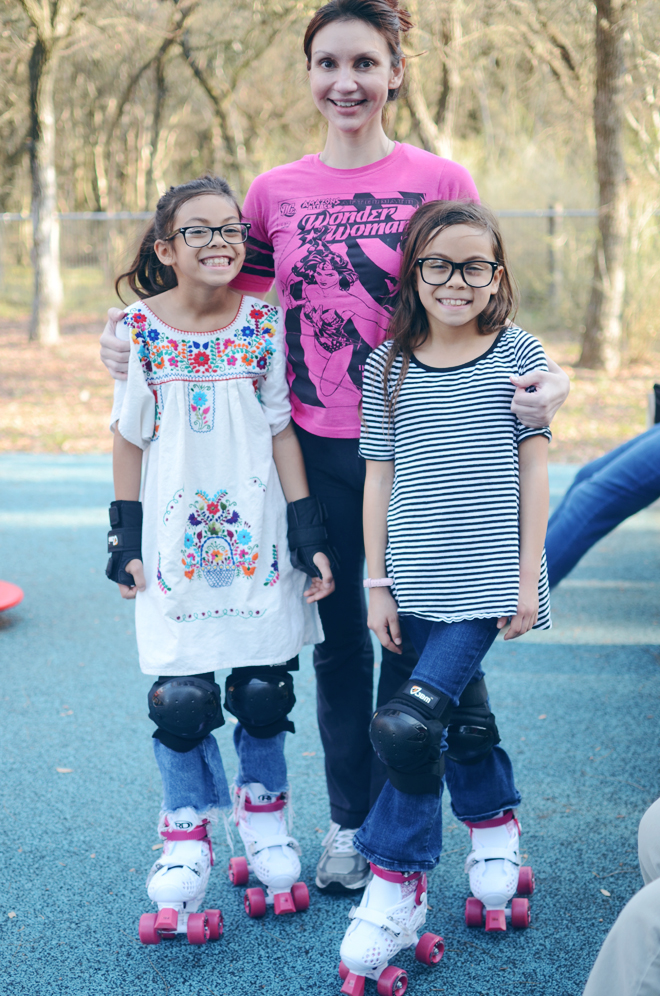 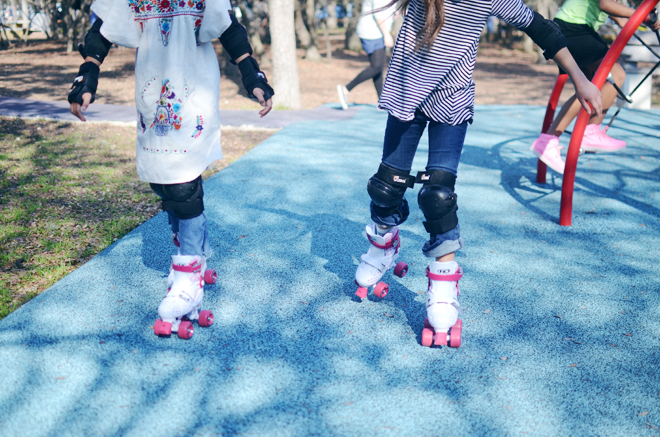 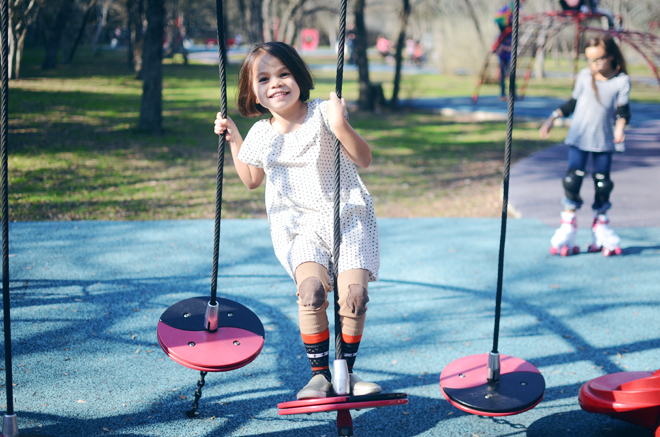 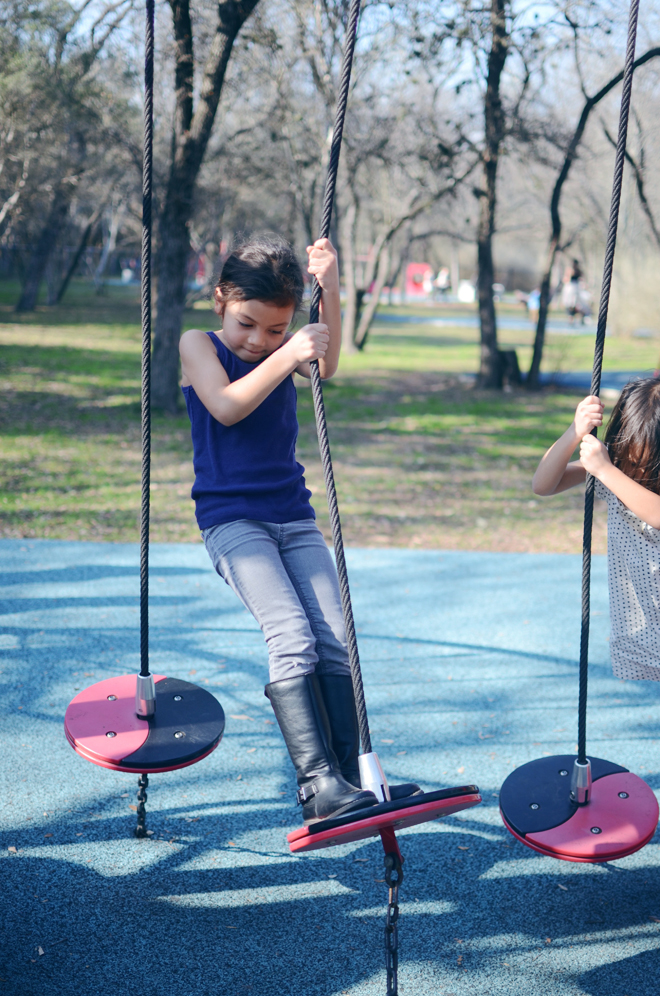 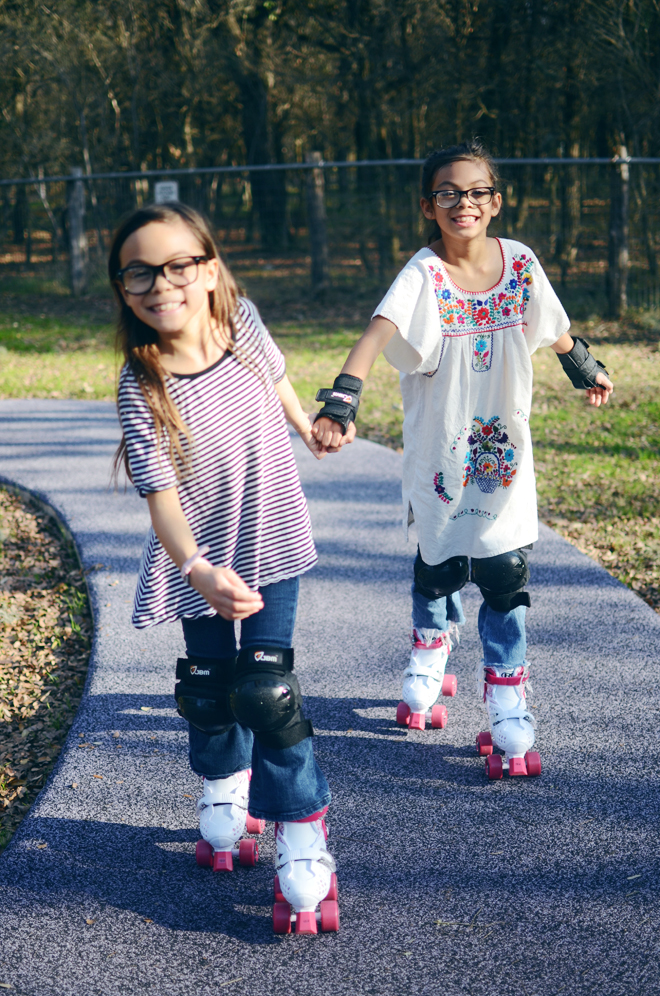 The weather was completely wonderful while we were there. It was in the 80s and we had no need for all the bulky sweaters we brought. The girls had been itching to try out their roller skates from their Auntia (auntie + tia) Suzi, so we all headed off to a local park. The foam ground was the perfect surface to take their skates out for a spin. Ben held Brave’s hand, and I held True’s, and we instructed them to “step and roll,” and after many step and roll steps later, they got it. Soul and Glow didn’t get skates, so they ventured onto the playground and pretended they were Jedis. Soul definitely looks like a Jedi to me (she tries to copy Luke Skywalker’s style). Ben, Grandmama, Auntia Suzi, and I relaxed on a bench as we watched the girls have fun rolling (True and Brave) and climbing (Soul and Glow) all about.

I love San Antonio and how much more friendly people seem than in California. People still even put up their hand to say thank you when you’re driving (I’m probably one of the few, but pretty much no one does that here anymore). I love that their traffic isn’t really traffic, and how it’s such a big city, but with a small town heart. We’ve looked at the possibility of moving, but it doesn’t look like it’s in the cards for us right now, but you never know. For now, we treasure each time we are able to spend there, and always wish our time was longer and that Texas was a lot closer.

For those curious, True and Brave’s skates are adjustable (can be purchased here), which is great for how fast kids’ feet grow. We love them so far and haven’t had any issues, but we haven’t had them for that long. They also are wearing this pad set (size: youth/child), which guards the wrists, elbows, and knees (Brave forgot her wrist guards).


there are dinosaurs in our garden

2 comments on “adventures in san antonio”