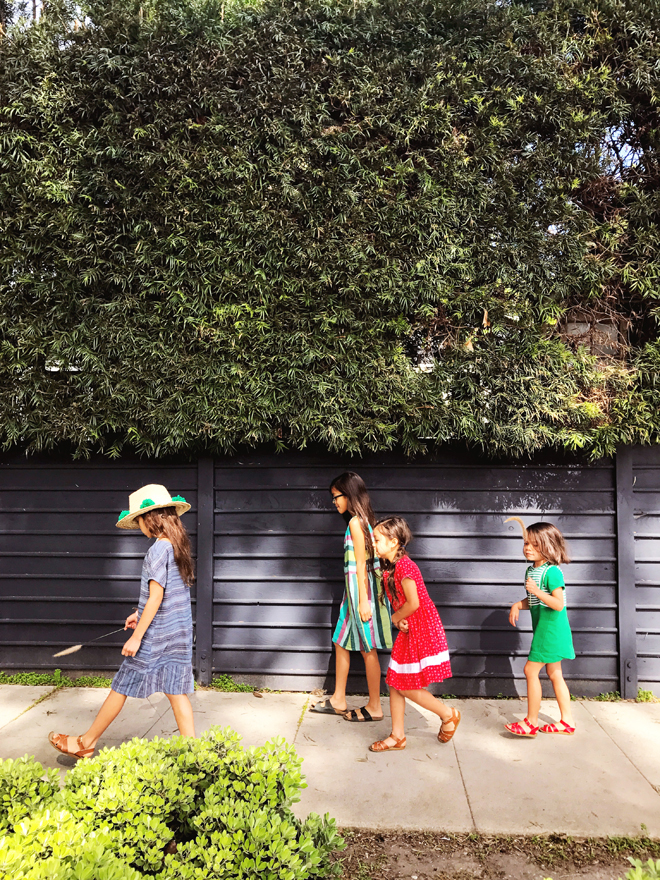 Life has many seasons and it’s all about change, seasons changing constantly. I may live in Southern California, where we pretty much have spring and summer (though we did get somewhat of a winter this year), but life definitely has way more than four seasons. I can remember being a teenager so vividly, pretty much like it was yesterday, but now I’m not too far off from having my own teenager. In my teens, life seemed to go slow and I wanted to go faster. Now, life seems to go fast, but I want it to go slower.

A week ago, it just hit Ben and me that we were officially out of the baby stage. We were watching two little ones (3 and 1 yo) and we had no clue what to do with them. We had forgotten! We’ve been so used to the independence our girls have that we had no clue how to engage two little ones (and it was only about an hour!). I put something on for them to watch, but that only lasted about 20 minutes, so I gave them some crafts to play with, and once they tore those up, I was stuck. Once they left, Ben and I looked at each other and said, “We totally aren’t in the baby stage anymore.” That season is long gone for us. I did press him a bit to see if he was interested in fostering/adopting, maybe we could bring that baby stage back, but he said, “We’re done.” and I agreed. We definitely feel done too.

Another season I see ending soon is teaching them how to read. That might have been the thing I was most afraid of when we began our homeschool journey, but now I see the light at the end of the tunnel. I’ll be out of the tunnel soon. Soul has picked it up and it’s all starting to click for her. Words are coming alive and she’s doing lots of decoding and deciphering all on her own, and Glow’s not too far behind. I was terrified of homeschooling because I didn’t think I could teach them how to read, or rather, I didn’t think I had the patience to teach them. Little did I know, my real challenge would be math. Oh math! How peaceful our home would be if that subject didn’t exist, but maybe we wouldn’t have a home if we couldn’t do math right. Math is where a I need a whole ocean full of patience, but really, it’s probably more accurately said that math is where the girls need the patience to deal with me.

Since we homeschool, I think we get to hold on to certain seasons just a tad longer. I’ve always thought of homeschooling as a way to hold their hearts a little longer and I think it’s definitely true. I can’t say I’ve always been present as a mother. It’s my nature to move fast, get things done quick, then move on to the next task, so I think I have trouble being intentional in the present. It’s an area I need to work on. I want to be intentional in holding their hearts, live each season to its fullest before it passes me by, and look forward to the next season with joy.

My parents are going through the empty nesting phase. I have one sibling left at home, but he’ll probably be out soon, and my mom goes on and on about how she misses all of us being little. Ben and I will be in that season soon enough, but before we get there, there is still much work to do now. Also, there will still be much work to do as empty nesters; our job will simply look different. I’m not sure what season of life you’re in right now… maybe it’s the sleepless nights with little ones, potty training, teenagers (or threenagers), sending kids off to college, or empty nesting, but whatever it is though, let’s all work on being present. If you’re the type that despises change, instead of seeing it as seasons as ending, look at it as a season transitioning. Life is all about transitioning. Your new season might be different than before (and may take getting used to), but still something to be embraced and lived out intentionally.

See. Savor. Rest. That’s what I’ll be learning to do this season and will probably continue to work on in the seasons to come. I want to see, savor, and rest in Christ in all the mundane and extraordinary things of our every day.


nothing gold can stay