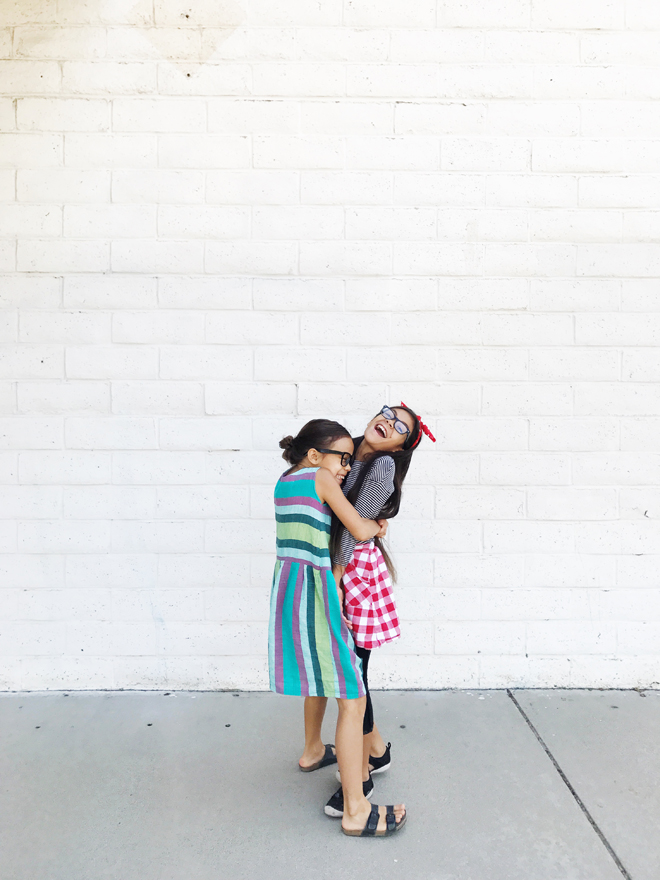 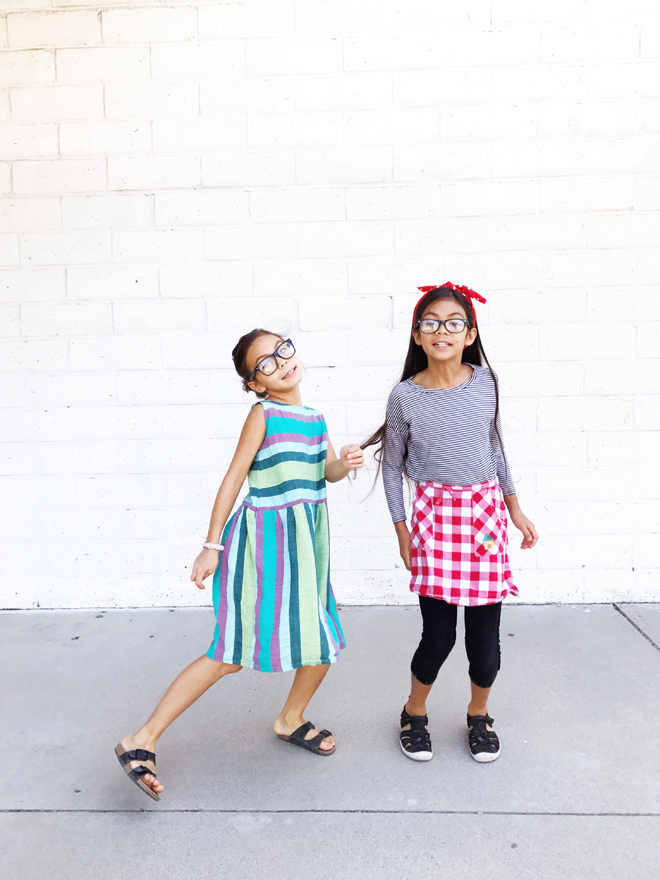 For the past 3 summers, our big two, True and Brave, leave us and spend over a month in Texas with their grandma (Ben’s mom). The first year, they spent 5 weeks in San Antonio. Last year, they were gone 6 and a half weeks, and this year, they will be gone for 5 weeks. Someone asked on IG how I deal/prepare for the big two leaving for 5 weeks during the summer, so I’m happy to share.

The idea first came about from Ben’s mom, and I thought, “Why not?!” The girls had just finished their first year of Spanish lessons with her via facetime, and being in Texas would allow more opportunities to enrich their knowledge of Spanish. I was definitely more on board about it than Ben was, but I’m also the one with the girls all day every day, so I think they could use a break from me (lol). Also, with Ben’s mom being so far, they don’t get to see her often, so this time with her is very special and she meticulously plans out their visit. The first year, she did sewing with them, taught them calligraphy, embroidery, and did lots of local kid activities. On top of all that, they did Spanish lessons almost daily too.

Last year, she slowed things down a bit, so they wouldn’t always be on the go. For this year, last week they were deciding on a summer project. I haven’t really spoken much with them since they left, so I don’t even know what they chose. And still, they start off every day with Spanish lessons. They’ve been doing Spanish lessons for 3 years now, and True and Brave amaze me with how much they read and write Spanish, but they have trouble with the conversation part since we don’t speak it at home. Ben’s been trying to catch up to them, so hopefully, one day they’ll have the speaking part down too.

Every year has differed on how they get to Texas. The first year, Ben and I flew to drop them off, then we road tripped back. Last year, my mom dropped them off and they got to spend a weekend with both of their grandmas together (our moms are friends). This year, Ben’s mom and sister spent time with us in California, then flew back to Texas with them. All we sent True and Brave off with were backpacks because they have clothes there from last year’s visit. They each brought one dress, a few pairs of socks and underwear, sandals (and they wore a tee and jeans with sneakers), and one pair of pajamas. His mom is a thrifter, so if they end up needing something, they all happily make a trip to the thrift store.

We have plenty of rules and expectations for them when they go. They aren’t going for vacation to sit around and do nothing. They are expected to do their own dishes and help around the house. No doubt they will have fun, but they are also there to bless their Grandmama. Also, we have many conversations about safety and try to cover different types of scenarios we can think of.

The send off is tough, they cry, and I try to hold it in, so they won’t cry more. Soul and Glow are sad for the first few days, especially at night. Ben and I are comforted by the fact when they look back, they will be so happy they had this special time with his mom. It’s hard being long distance grandkids; they miss her a lot. When it is time to say farewell, they always cry for hours after they leave. As far as the little two, we try to be especially intentional with our time with them. Last year, we did special letter days, and I have plans to do similar ones this year. Also, we take them on a weekend adventure and we call it “two kid weekend.” Ben’s mom was ready for Soul to join the big girls in Texas this year, but she didn’t want to go because she didn’t want to miss “two kid weekend.” We would like her to eventually join her big sisters, so she can have plenty of memories with his mom too.

We miss them a lot while they’re gone, but I love that they get this time with their Grandmama, and they get to know more of Ben’s family. It’s important to us that they learn about their roots, heritage, and family on both sides.