back to the brown paper packages with painted on string 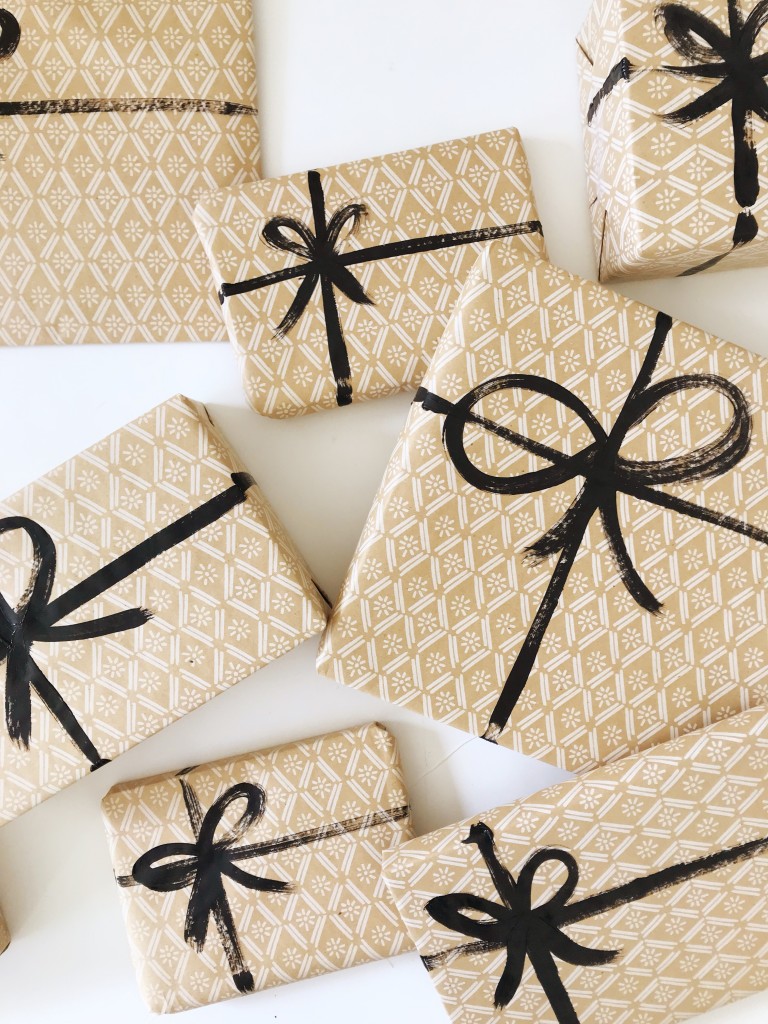 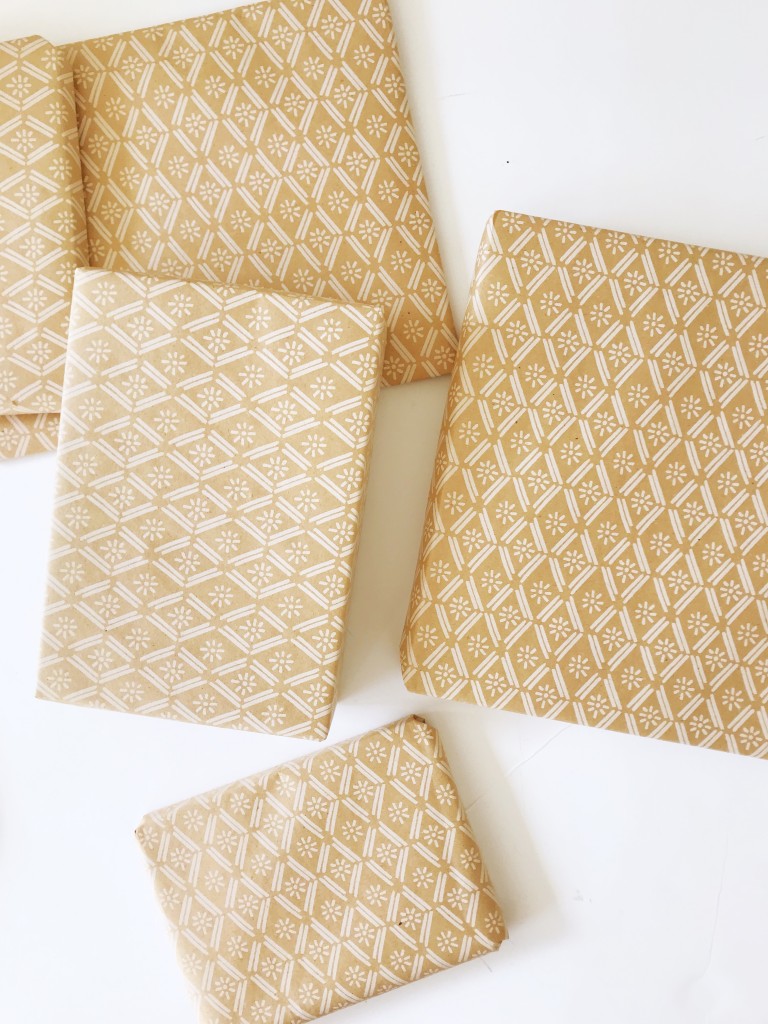 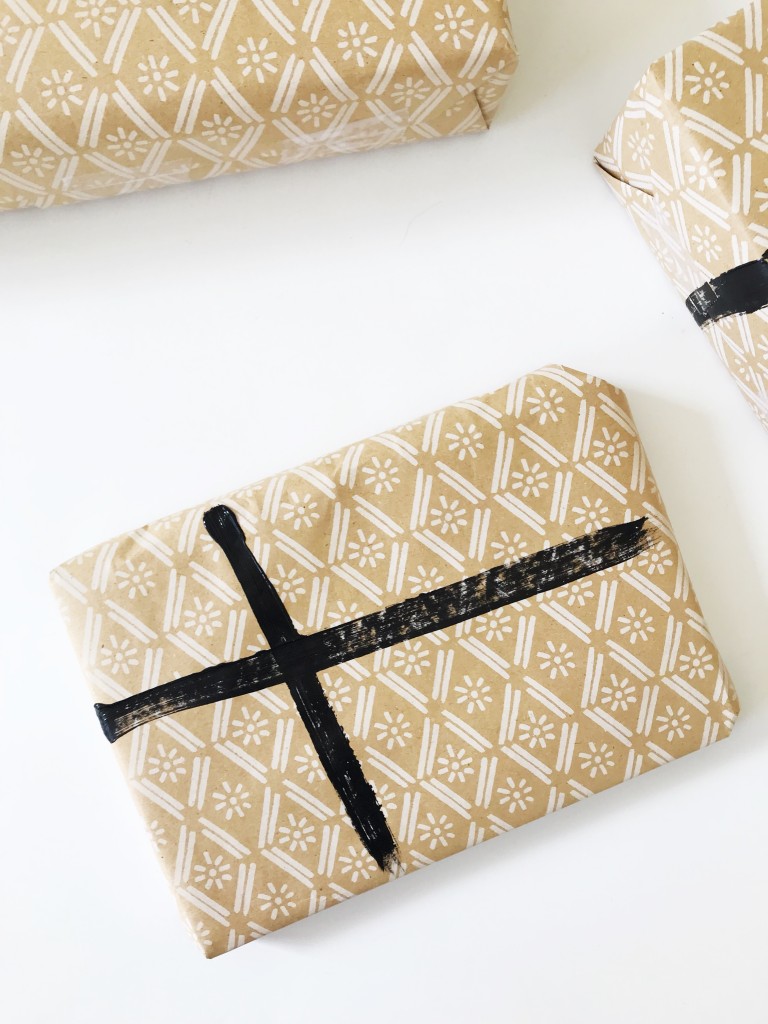 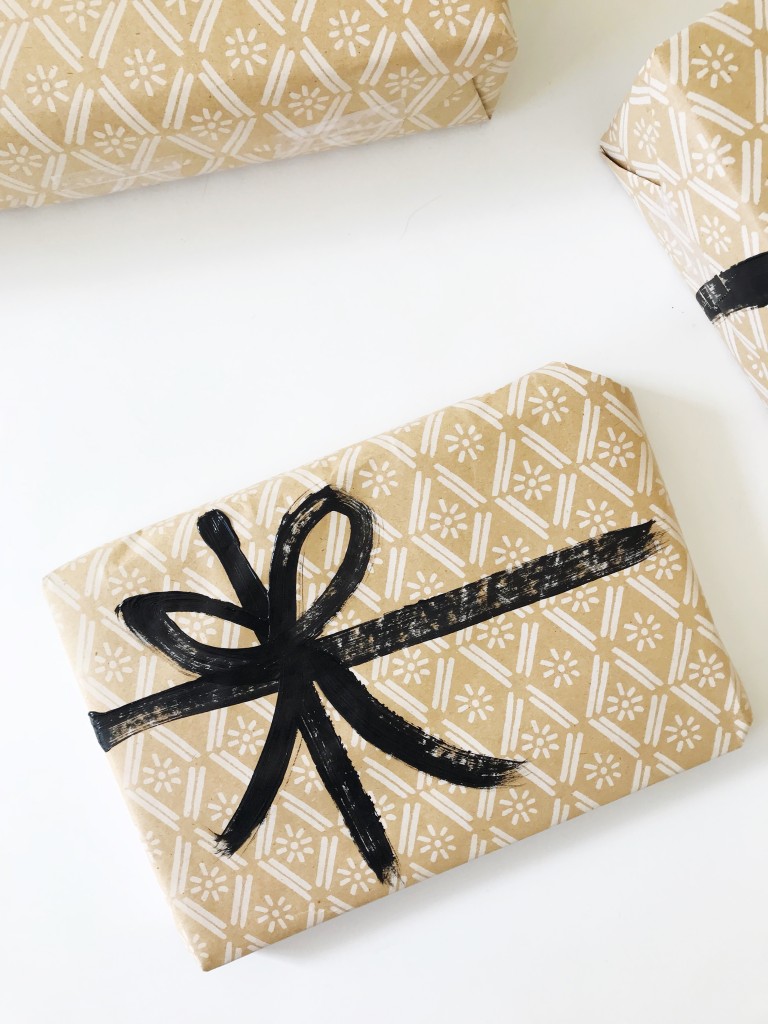 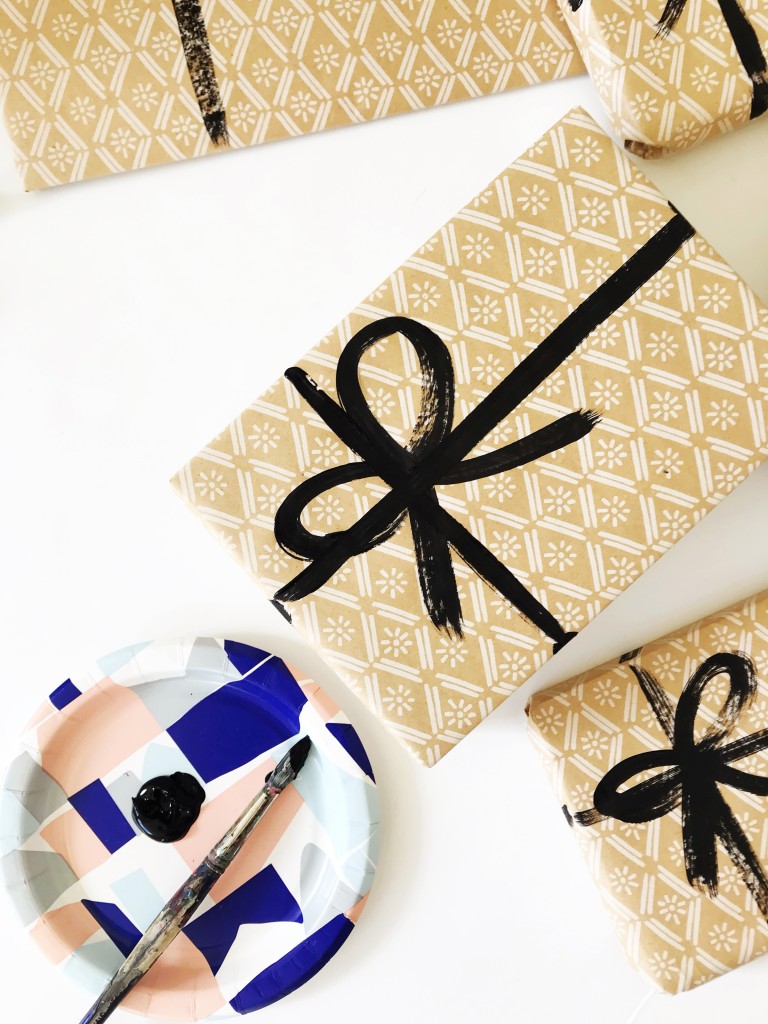 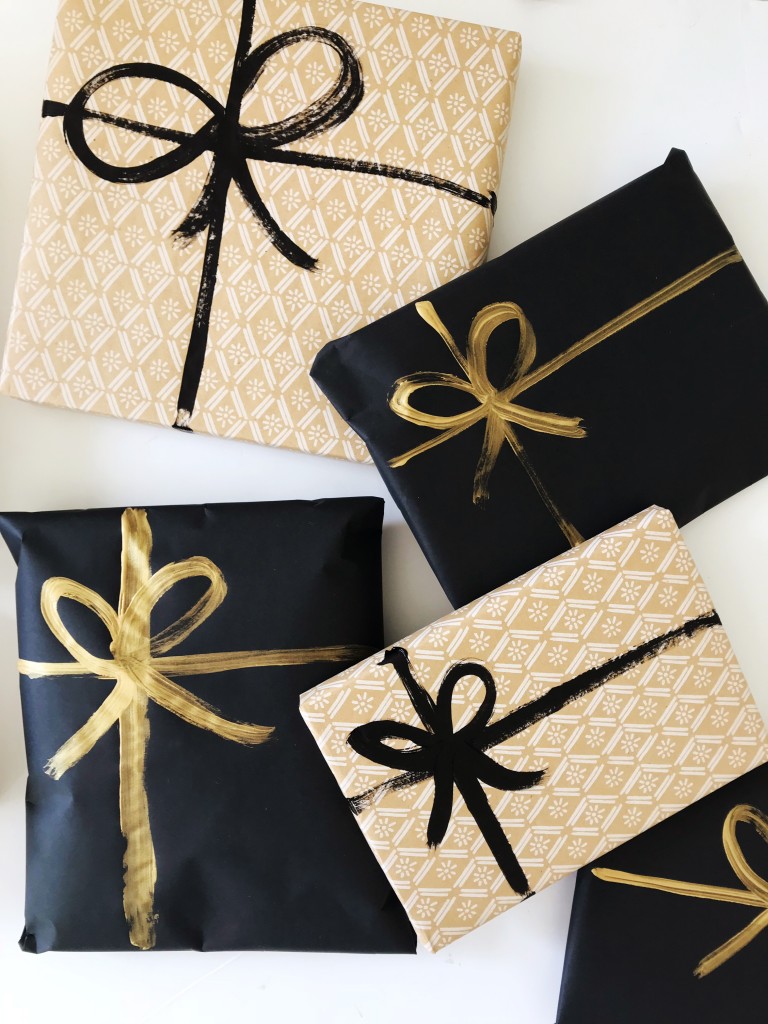 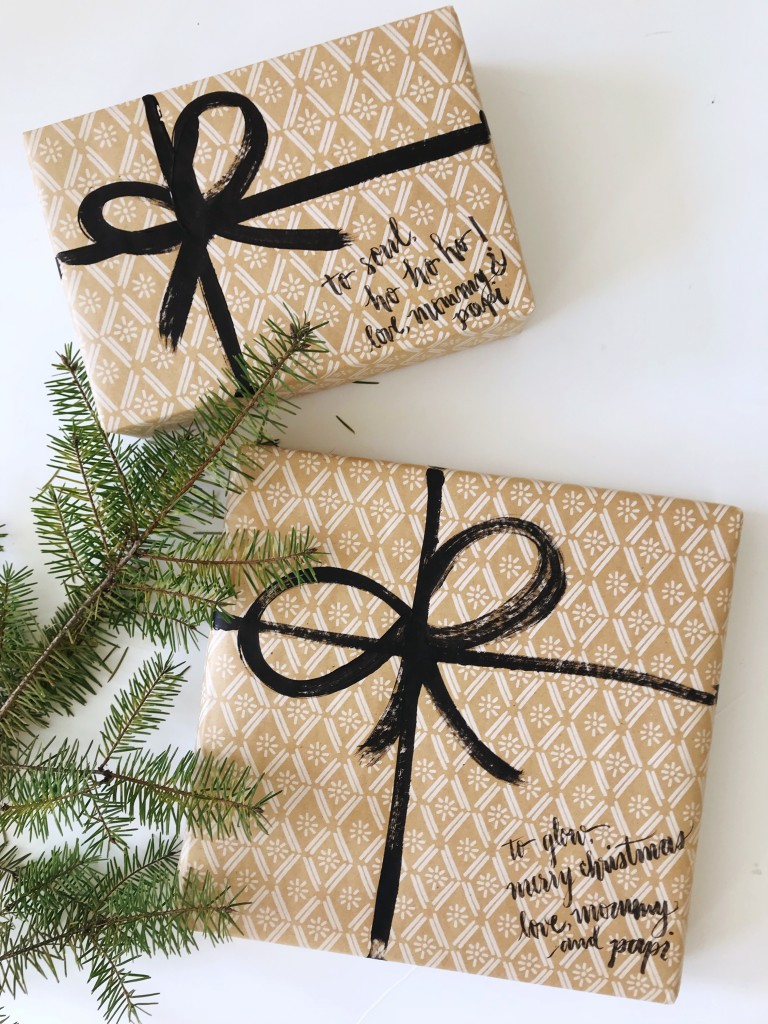 We did the brown paper packages last year, but we changed it up with some patterned brown paper for this year. It’s a simple way to wrap and add a bow, and we especially love the less waste factor. We also did some wrapped in black with a painted gold bow.  If you want to reduce even more, check out this video tutorial by Alli Cherry on how to wrap gifts without tape! I would have loved to have done that, but I’m in survival mode right now, and didn’t remember about the tutorial until after the fact. So… I’m filing that idea away for next year or the next time I have to wrap a gift.

Again, no need to mom guilt (or just guilt, if you’re not a mom yet) if you didn’t think about this less waste stuff right now, it’s a busy and stressful season. I’m sure all we want to do is spend time with our loved ones and remember what this season is really about, so that’s what should be on the tippy top of our minds. Plus, we can continue learning together how we can be mindful of things to make a difference, no matter what season it is.

And instead of tags, I wrote straight on the wrapping and put my newly learned brush lettering skills to work. How do you wrap all your gifts?