Play dough. I have never really been a fan because I have always thought it smelled funny, at least the store bought ones, so the girls and I have never played it together. Though they have with Auntie Heather who once made it with them in their favorite color pink! Then the other day, I saw this post and thought, “Hey! Play dough looks kinda pretty like that.” I really liked those colors versus the ones they sell at the store, so I thought we would give it a shot.
I told my BFF of our plan to make play dough and she said just to hide the color in the middle and tell the girls to make wishes and that if it changes color, the wish will come true. Oh man. My girls were all about those wishes. Actually, only Brave was. True got tired of kneading the ball pretty quick. Brave on the other hand kept saying, “I wish I may, I wish I might.” over and over again! It was as darling as darling could be. 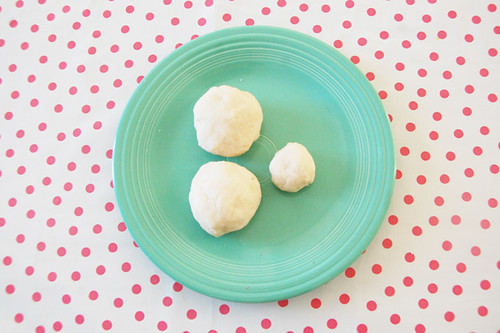 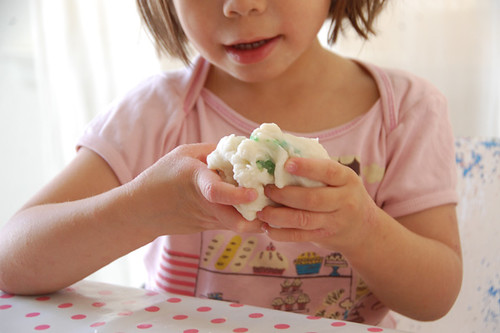 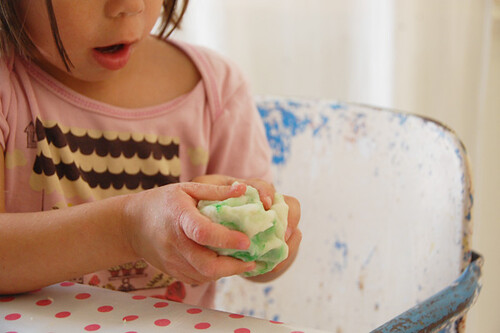 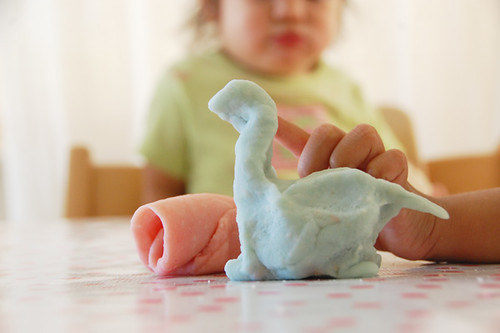 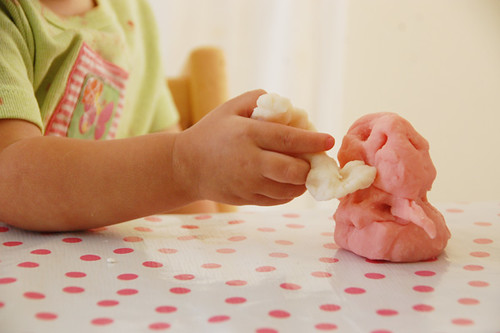 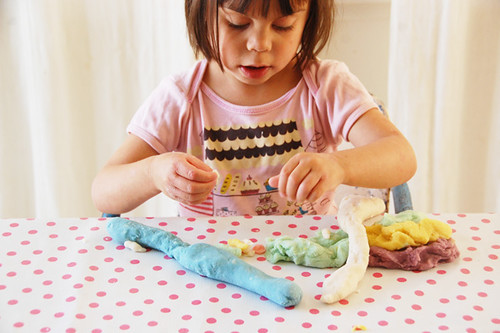 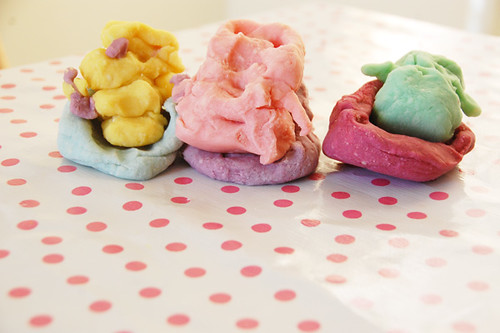 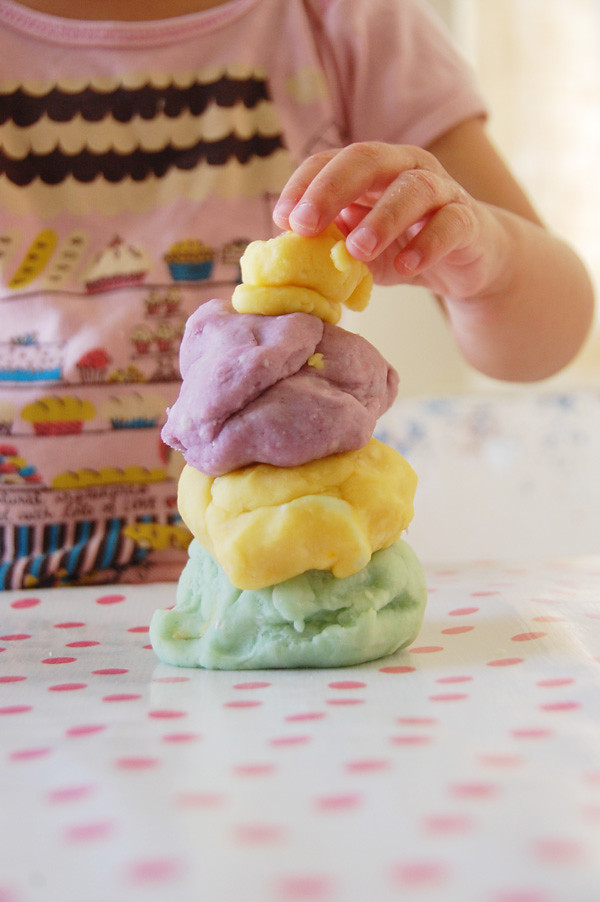 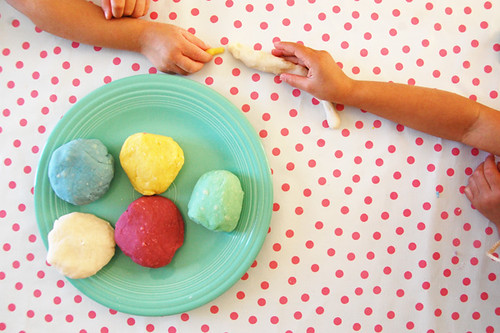 Needless to say, lots of different colors were made and we had a blast. Even Soulie was making something (or eating it) as she played with her big sisters. True made snowmen and caves and Brave made ice cream sundaes and snakes. We played and played until they started fighting, then one got sent to time out and play dough time was over. We have them sealed in a ziploc and ready to play again tomorrow.
It was the easiest thing to make and I used this recipe. I really like making fun, quick, and pretty things with my girls! I need to compile a list of easy to do kid projects because things like this are so much better than television (though sometimes t.v. is necessary to let me get some cleaning done!).
What other quick kid projects do you know of?