First thank you all for your encouragement regarding my video collaboration with Levi’s®. We filmed back in January and I have been so giddy that I got to be part of something so fun. When I first saw it, I must admit that I hid my head under the covers because it is really strange to listen to yourself. Really, it is kinda weird. Then all the butt shots… that part is kinda awkward too. Good thing, I like the way my Levi’s® make that area look. *wink*
Remedy Editorial did such a good job piecing it all together. Nothing was scripted or rehearsed, but they would just have me talk on the spot and I was so nervous! Ben and I both didn’t really get sleep the night before because of all the nerves and anxiety that was floating around.
Though I must admit, the prep that went into getting some parts of the house ready was kinda stressful. Particularly cleaning out my closet! Most of my closet was filled with boxes that hadn’t been opened since I got married (7 years ago) and there was tons of junk! I had tons of clothes that I was hoarding because I swore after I had the baby (my first baby), I would wear it again. Well, I kept having baby after baby and either those things didn’t fit anymore or are really not cool. 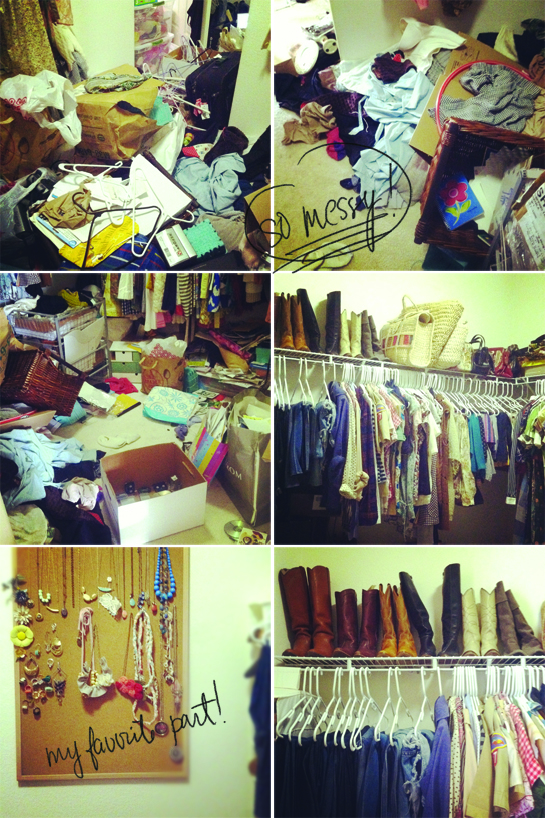 It took a whole weekend to get things sorted out. It felt like it was never going to end, but now my closet is nice and organized (with a growing pile of mess on the floor), and I got rid of a whole lot of junk. It was a really good feeling. So if you think that I have an insanely organized closet all the time, think again. It only got organized because I knew they were going to film in it. If it weren’t for that, it would still be such a horrendous mess.
I am a neat freak, but I pretty much keep all the areas that guests see clean, but if it isn’t something they necessarily see, well, you betcha it is probably messy! Don’t even try to go into our spare room. It is a horrendous catch all room!
Thanks again friends for being so great! And check back later because I have a fun DIY to share, and if you haven’t seen the cool Levi’s® video I got to work on, see it here.
p.s. totally unrelated, but this little puppy of my sister’s is so cute. you have got to watch this video!

15 comments on “PREPPING FOR FILMING”