THE COLOR RUN BEAT OUT DISNEYLAND 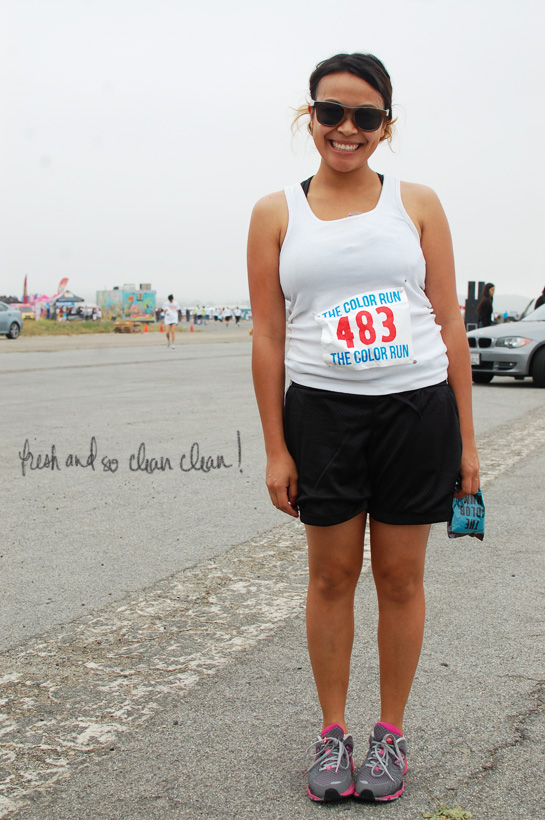 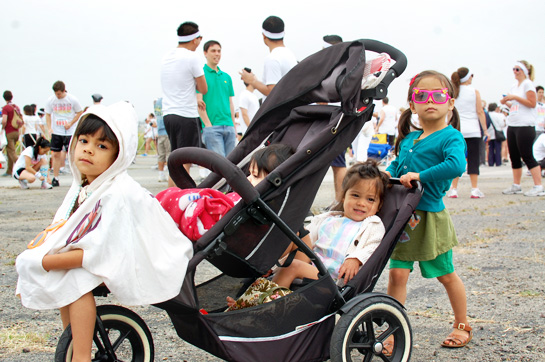 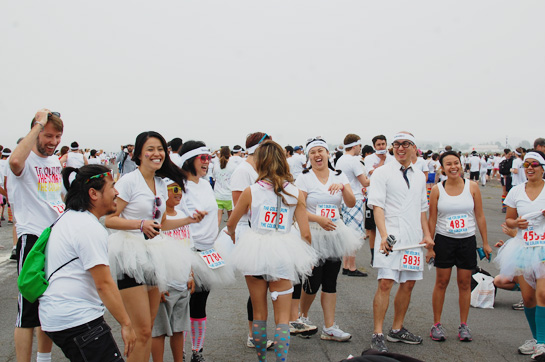 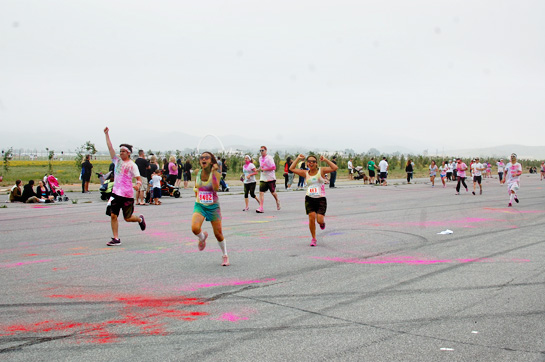 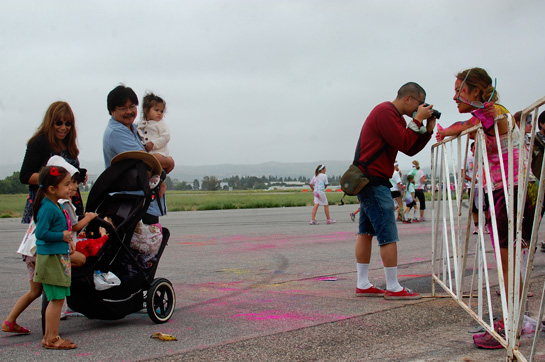 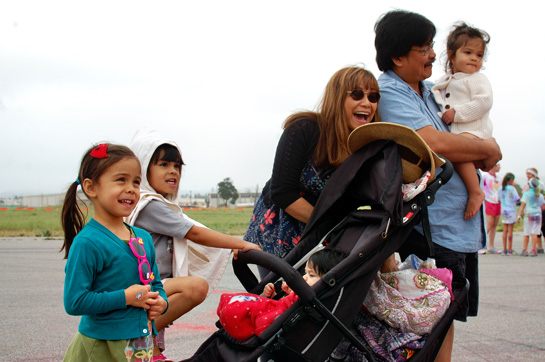 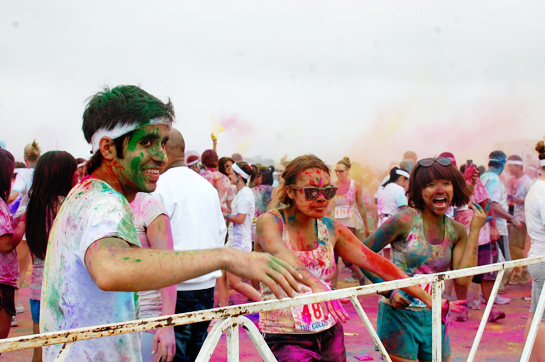 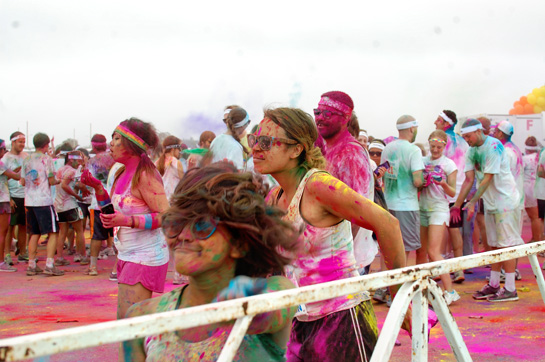 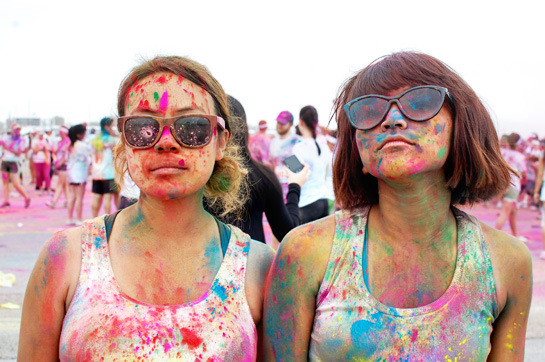 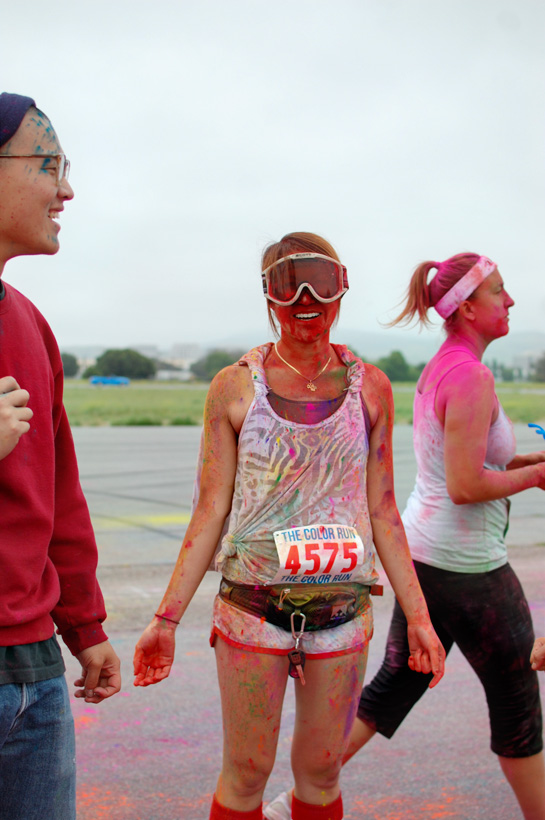 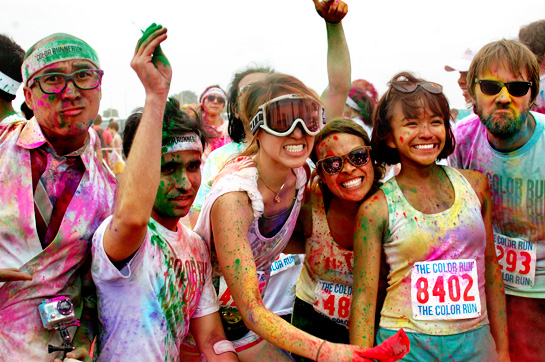 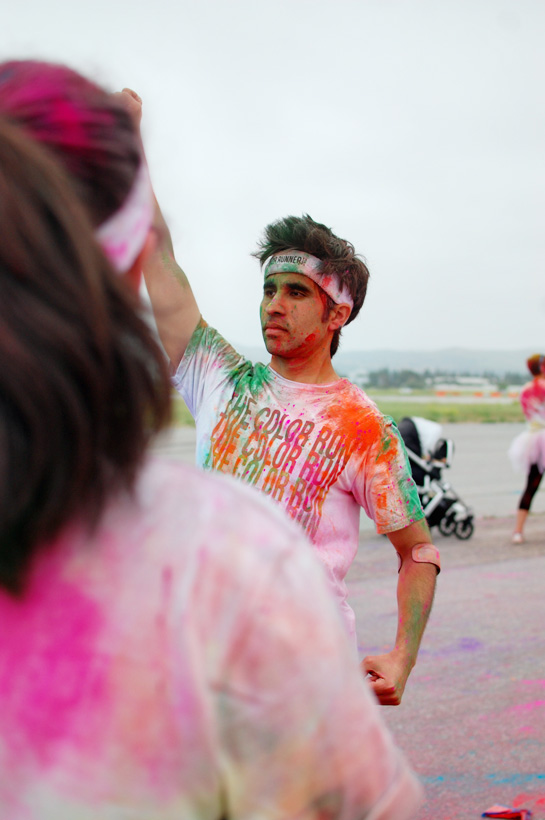 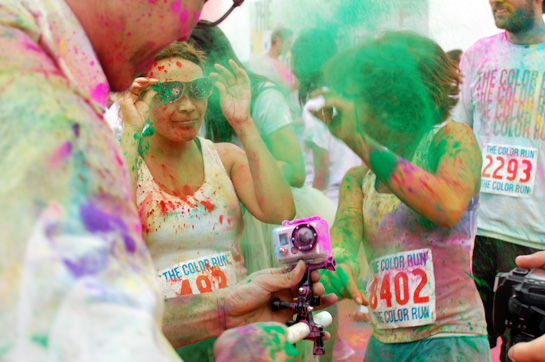 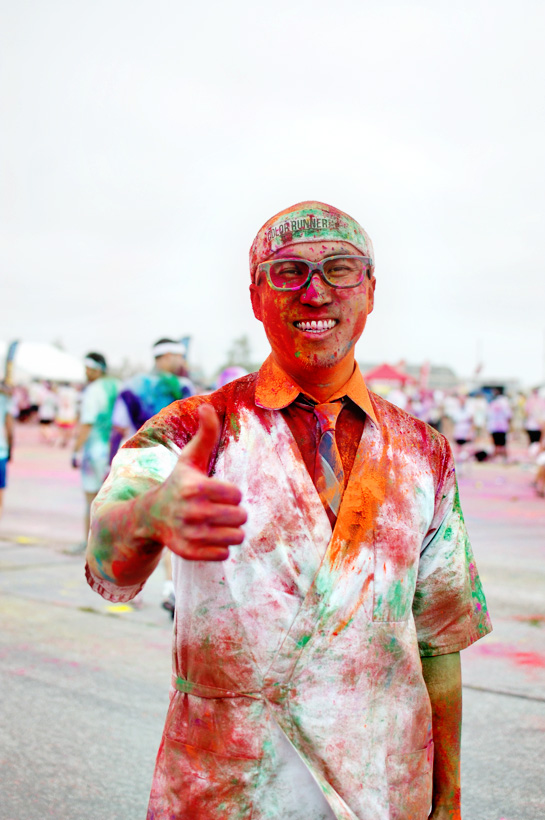 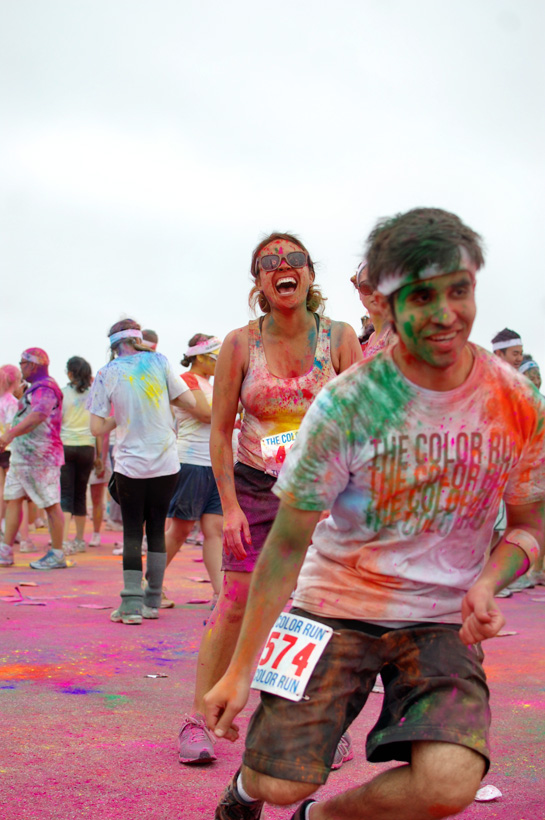 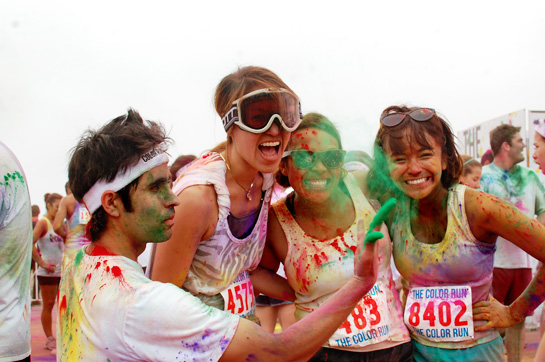 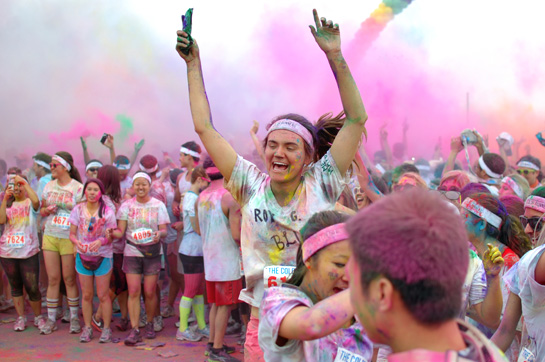 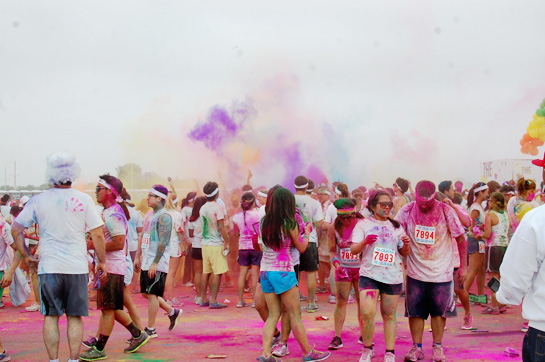 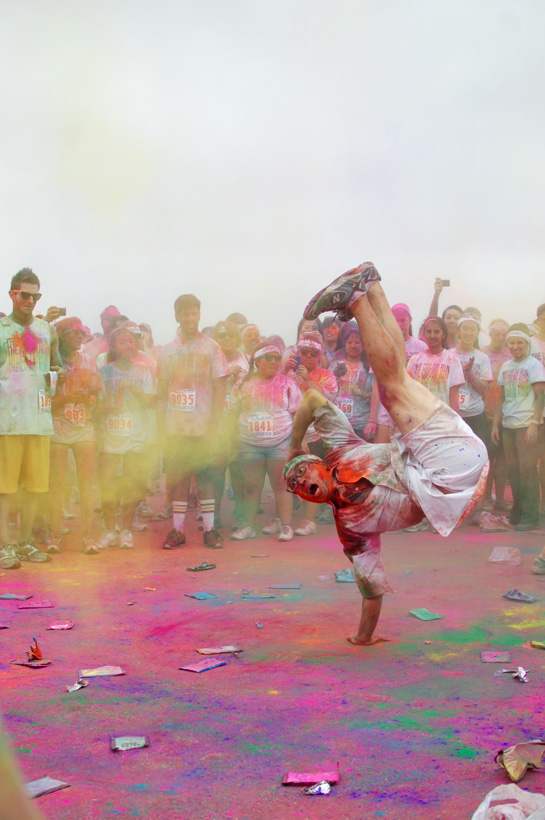 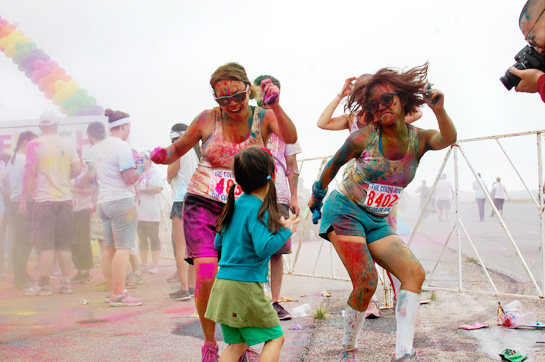 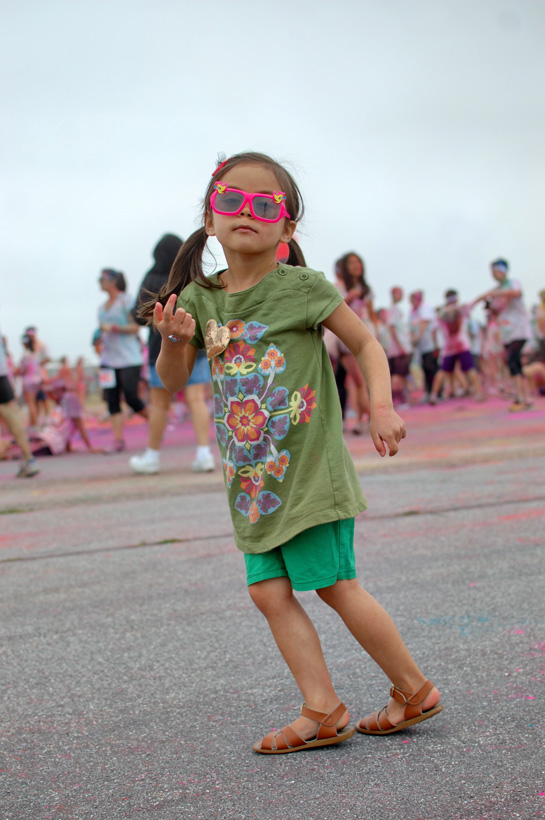 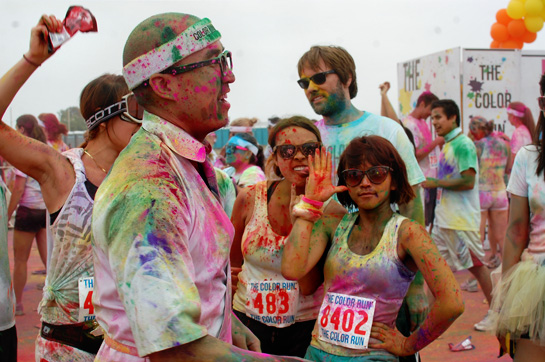 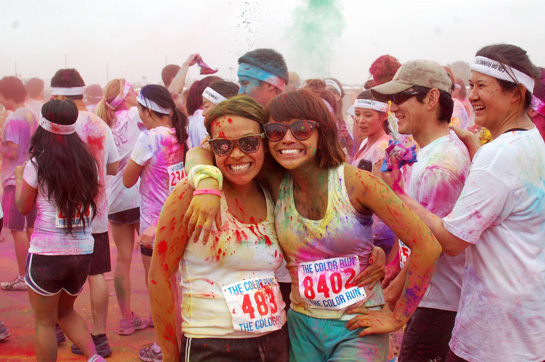 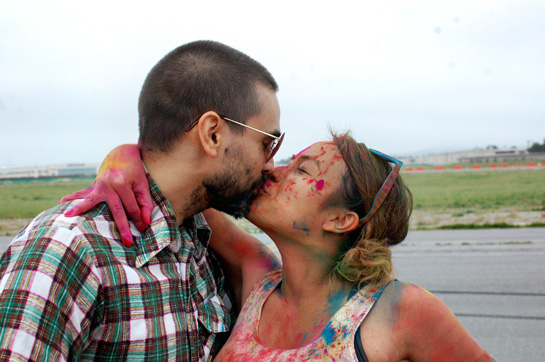 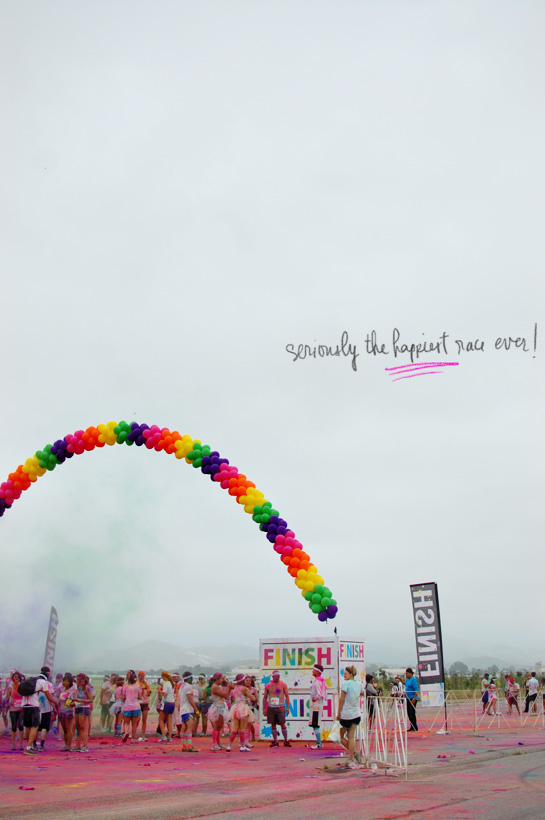 Yeah. I know. There’s a million pictures here (and a video), okay, not a million, but you know what I mean. It was just too fun and too pretty of a race to not share a grip load of pictures, so here you go and tons more here. The video was made by my friend Lance who was our team leader. He’s an athletic dude who runs at least one race a month.

If there’s a Color Run coming to a city near you, do it. Seriously. It’s a pretty happy place to be. I think it pretty well beat out Disneyland for the happiest place in Orange County last Sunday. I felt cheated because it didn’t feel like much of a 5k at all. We ran the whole time and when we were done, it went by so fast and we were having a blast that we didn’t want it to end. Really though, half of the people we passed by as we were running, weren’t running, so I don’t think you need to run to be part of this.

Next year, Ben is going to fast walk this (he’s got bad knees from playing sports when he was younger) and True and Brave are going to join in for sure. Brave had fun dancing with the crowds at the end. I think this kind of thing is right up her alley. It was really like a big, giant party and everyone was so excited. There was dancing and a whole lot of color and I think those things make a great combination.

I must say that in the car, on the way to the race, I was pee in my pants nervous. I was really afraid I might. This was my first race and I didn’t know what to expect. My sister and I ran this with a team and Ben’s cousin was on the team too. Most of the others on the team, we just met for the first time on Sunday and they were a pretty rad team to be with. Our team name was Color Me Radd.

I think The Color Run makes me expect all 5k’s to be this fun and I have a feeling they aren’t. I do want to do the Foam Fest coming up in May, if our family calendar is clear that day. Anyone in SoCal want to join that with me? We might be running this as a team again. And now I want to do a 10k and work my way to a half marathon. There’s a half marathon in October and I’m contemplating joining. Not sure though, 13 miles is a lot of miles. Would love to do a marathon, but that’s like running from my house to my mom’s house and not sure if I could do it. We’ll see. I’ll take it slow, but I think The Color Run was a good place to start. Heck, I’m even thinking of joining the Zombie Run in October, but that makes me really scared. Zombies chasing me?!! Oh my! Lance already started a team for that. I tell you, he’s hardcore when it comes to this race stuff.

Anyone else do the color run or have plans to do one near you? It really is bomb dot com.

p.s. to rinse the color off, take an ice cold shower. like as cold as you can take it and you will have no problems. and yes, i am wearing my tumbleweeds handcrafted sunglasses.

p.p.s. foam fest is may 26th in temecula. if you are thinking of joining, let me know! it’s on sale here.

48 comments on “THE COLOR RUN BEAT OUT DISNEYLAND”