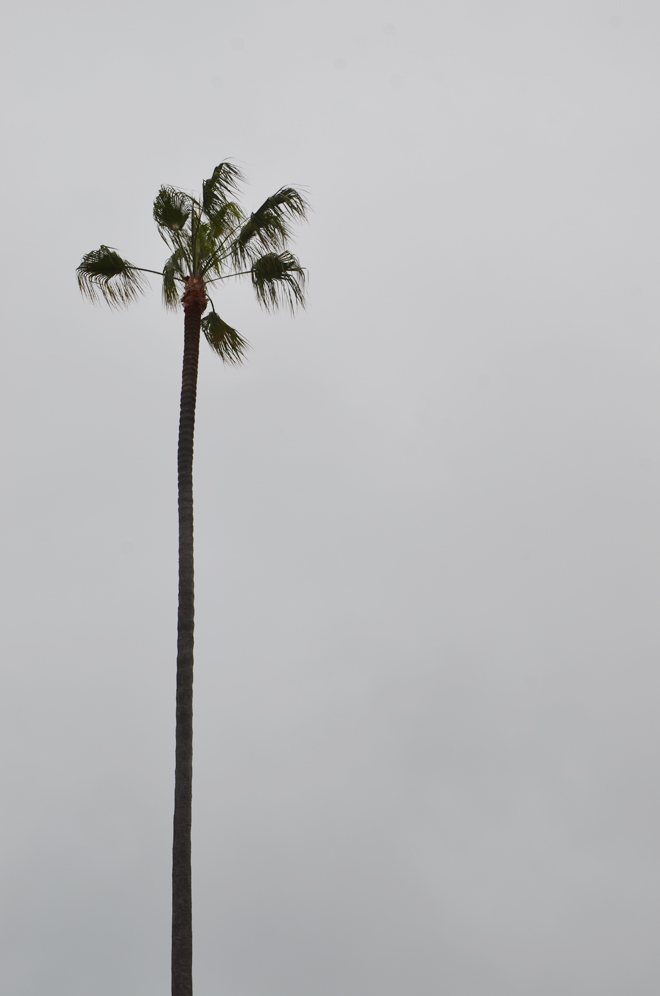 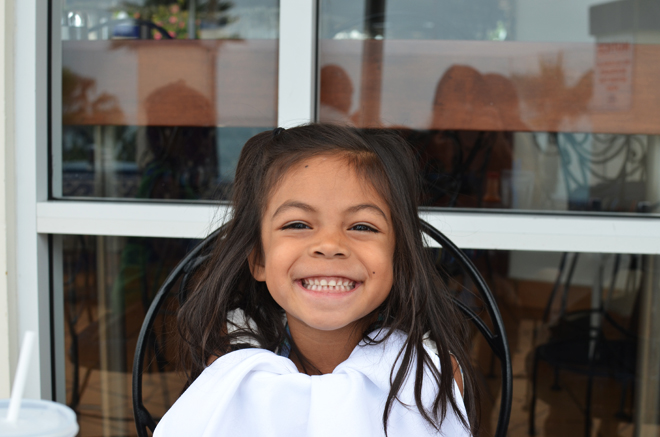 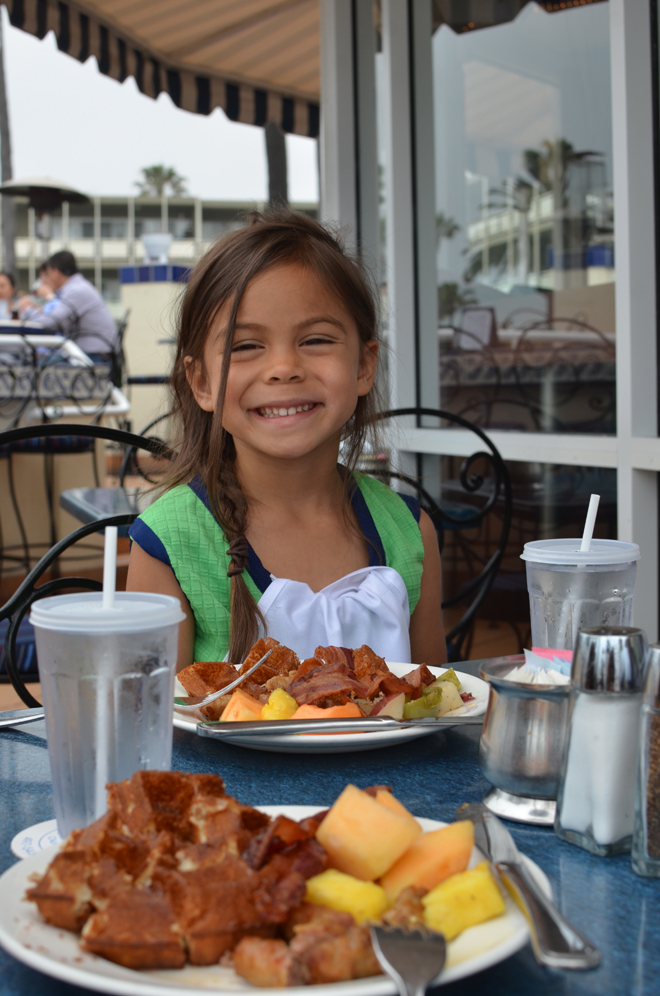 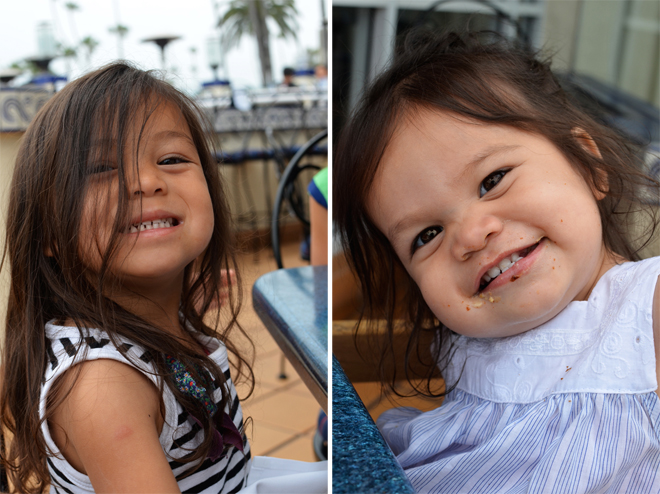 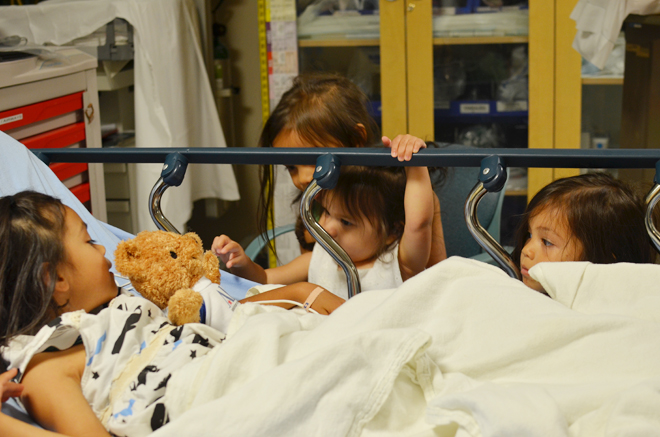 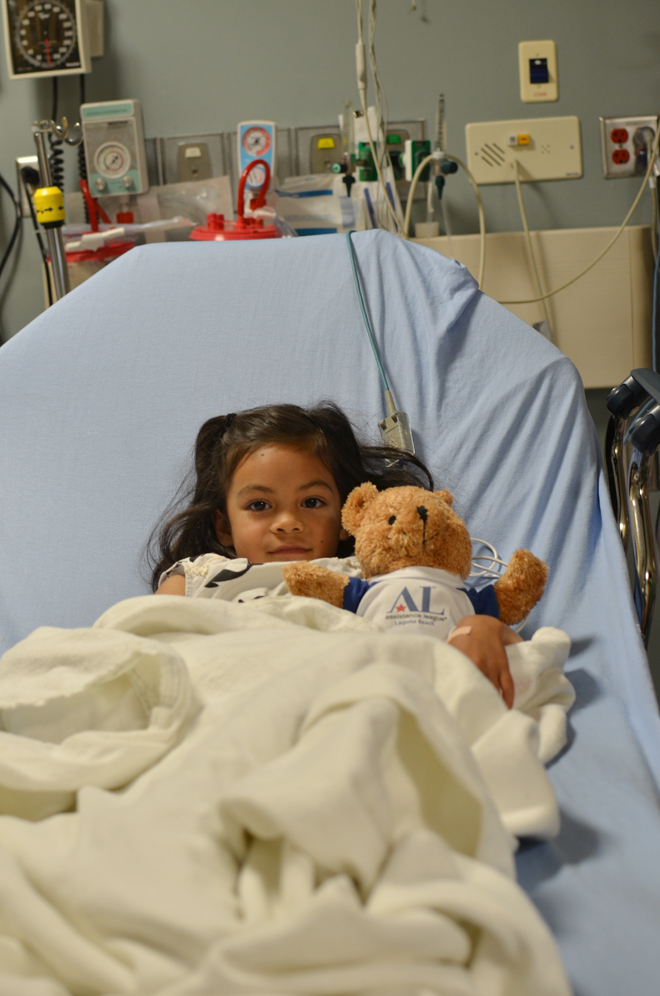 You know how I was raving about the weekend starting off great? Well, it didn’t go as great as it started, but we had no choice but to roll with it. Ben and I decided to celebrate June 8, which marks the 11 year anniversary of Ben asking me to be his girlfriend, by taking the girls to the same restaurant he took me to 11 years ago…

It all started kind of bumpy because as we were going there, my stomach started hurting, and then really hurting some more. I turned to Ben and said, “I think I have to go bathroom.” I must confess, I have public bathroom phobia and if I have to go #2, I’d rather drive all the way back home to do my business. I considered asking Ben to drive me home and just forget about going to the beach, but we had reservations, and the girls were excited about the beach, so Ben said he would find me a nice hotel to do my business. I reluctantly agreed. Now, not only was I nervous about the business I had to do (in a public bathroom!), but I was wearing a 1 piece bathing suit under my shorts and top, so it would take a little bit more work than normal to get to my business. Oy! I turned to him and said, “People go #2 in public bathrooms all the time right?” He said, “Duh. Don’t think about it.” I was pretty much wincing from pain the whole drive until he found me that nice hotel (and I was getting scared I wasn’t going to make it!). Thankfully, it was really nice (and pretty dead), so I went in and did my business (oh that bathroom smelled strong of wonderful air freshener and it made this mama’s heart and mind happy) and I totally waited to come out of my stall when no one else was in the bathroom. I got back in the car, my stomach ache was gone, and I was ready for a yummy breakfast buffet.

We get to breakfast, my tummy starts hurting again. Ugh. I was so frustrated. I just wanted eat waffles and sausage to my heart’s content, but my tummy was preventing that. I ate slowly and tried not to think about it and prayed hard for it to go away. I was able to eat a decent amount, but then something happened that took the focus away from my stomach…

True and Brave were pretty much done eating, but they wanted some breakfast muffins, so I took them to get some. Brave’s was obviously blueberry and we assumed True’s was the same, because well, if it had nuts, wouldn’t it be labeled considering it is a food that a lot of people are highly allergic to? That’s where the restaurant failed and True took a bite and said, “Mommy, there’s nuts in here.” I grab it, sure enough there is. Ben runs out and goes to the nearest pharmacy to get her benedryl, I’m trying to get her to eat and drink to see if it will help lessen the itchiness, but nothing’s really helping. Ben gets back with the medicine, by this time she says her throat hurts, she takes the medicine, but then she starts crying saying it’s hurting more, so we go ahead and make the call to 911 from the restaurant. They come, check True, administer more medicine, and then they whisk Ben and her away. The restaurant takes care of the bill for us, which I’m glad they did because that was not smart for a food establishment to have unlabeled muffins with nuts, and the rest of the girls and I head over to the hospital. Thankfully, everything turns out fine and they administer True a few more medications, but after a little bit of observation, she’s released. Oh, we’re so thankful for health insurance and that True was okay! And my stomach ache never came back after that ordeal!

We go to get her more prescriptions, which included 2 epipens, and they tell us it’s going to take 20 minutes. It ends up taking an hour! Four kids cooped up for an hour, by this time starving for lunch, we were all pretty cranky. We get back on the road to go home, grab quick lunch on the road (yup, fast food!), and at about 4 in the afternoon we were finally home again. We had planned to be home by noon!

Later that evening, we have the girls ready for bed and they’re having their quiet reading time and Soulie comes downstairs to show us her ouchy on her hand. Ben and I both look at it and are I like, “WTH?!” She had clusters of blisters on her hand and her body!  Ben takes her to urgent care, doc says it’s a viral infection, sends them home with cream, and oh me oh my what a June 8th!

So much for our plans for a romantic evening to relax together and maybe get romantic. We were both spent and we just wanted to go to bed.

Then, Sunday night ends with the Spurs getting killed by the Heat in game 2, so there went that. And this morning we wake up and Soul’s blisters have spread, so we take her in to see the pediatrician and it turns out our big baby has shingles! We’re glad we have an answer to what she has, but so sad that she has to go through this, and nervous and praying the other kids don’t get it. What a busy weekend indeed!

11 years ago we became boyfriend girlfriend and 11 years later we’re still crazy about each other, but we just got a whole lot more crazy going on in our lives than just both being the 2 college students we once were. This weekend was filled with tummy aches (business in a public bathroom), ambulance rides, viral infections, and the Spurs losing, but hey! Ben and I love each other a whole lot, so it’s still all good. God is good! I’m glad I get to do all this craziness with him. I’m just hoping that next weekend will be a little bit more low key.

So, how was your weekend?