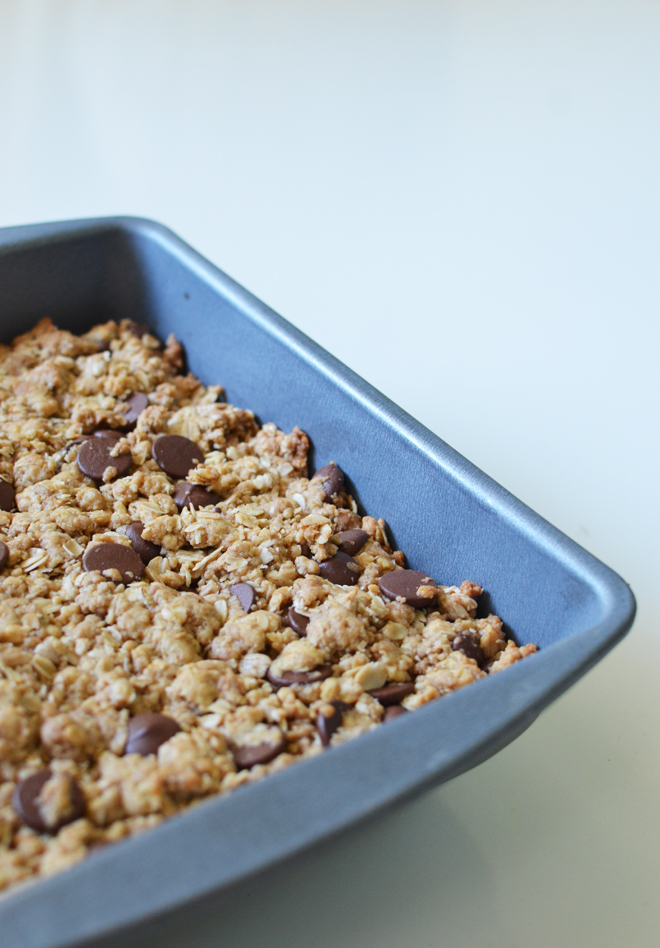 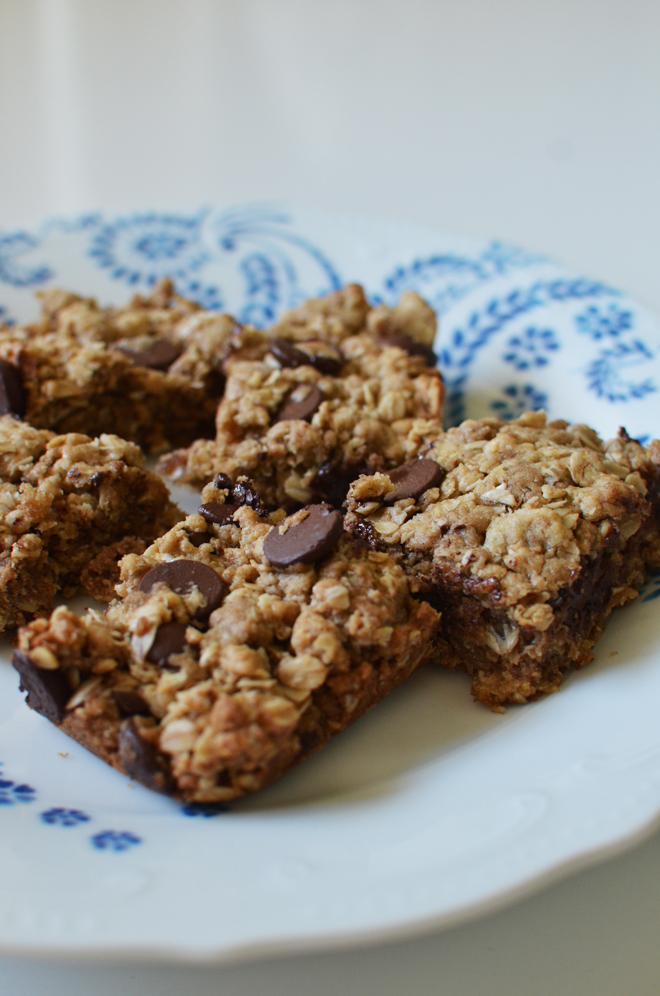 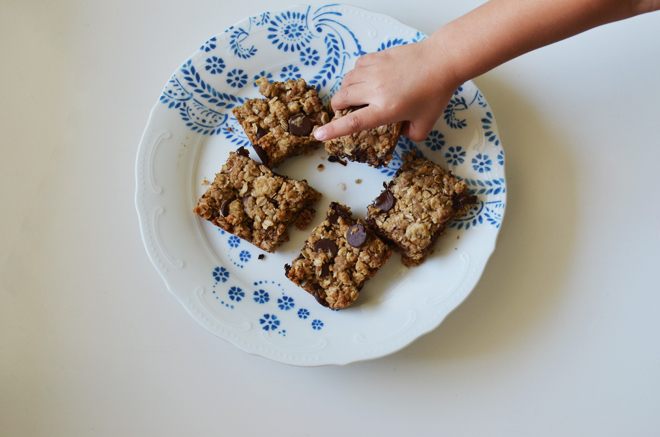 The girls and I were itching to do some baking, okay, it was probably more like itching for some sugar. No matter though, however we got there, the results were good. I pin a lot of recipes (well, a lot of things in general) and this was one that was calling our name, so we made it. The girls helped mixed, but we were in kind of a hurry that I was the one who threw all the ingredients in. I told them next time I’d let them do it, so we’re probably going to be making this again this week.

Funny though, the recipe is from Half Baked Harvest called Healthy Dark Chocolate Chunk Oatmeal Cookie Bars, but it is definitely far from healthy. I think the creator meant it as funny joke to name it that. I told Ben the name of the recipe and what was in it and he just laughed. Apparently, 1 cup of canola oil is 1,927 calories and 216 grams of fat, and that’s only the oil! Throw in the chocolate chips, sugar, and the rest of the magic that makes this thing yummy, and these bars should have flashing lights over it saying, “Danger! Danger!” But life is short and I love living dangerously! Right, folks?!

We will try to make it again this week, but slightly healthier and we’ll cross our fingers that they still come out yummy. Or we will continue to live our life on the edge, either way, I’ll let you know how it goes!