a free afternoon for myself 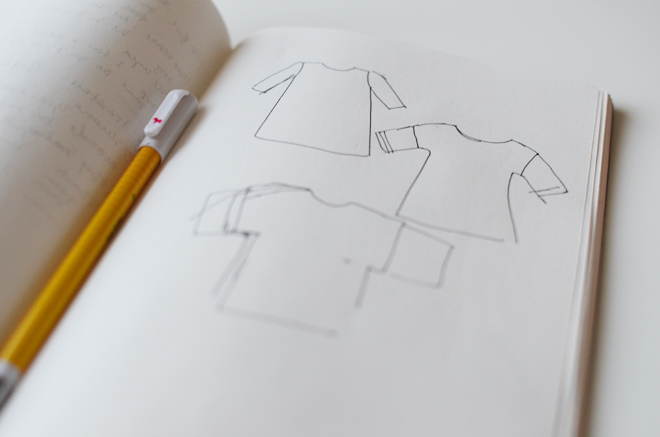 I had bought some denim fabric last summer and meant to make myself a denim dress then, but just never got around to it. Last Saturday was kind of a hang out day at home, and I asked Ben if it was alright if I snuck away to do some sewing, so he and the girls hung out outside doing garden stuff, and I holed myself up in my work room until I had cranked out a dress for myself. I really loved this and this pin and wanted something similar to those, and sketched out some pattern ideas and styles. 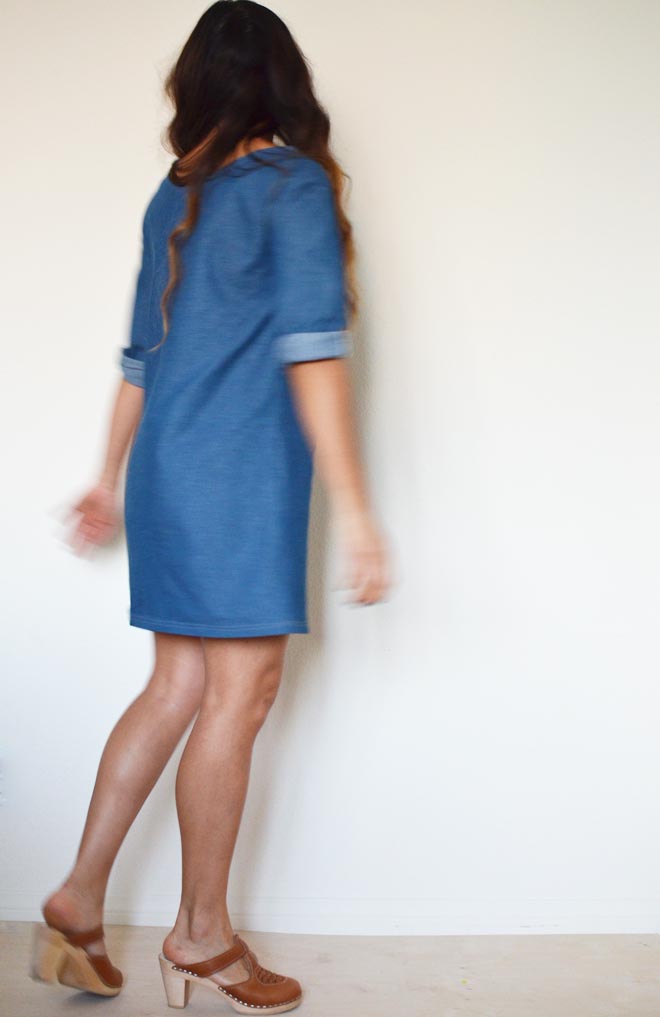 I kind of played around with patterns (I pretty much make my own), and after some tweaking here and there (and trying it on and off after I sew every seam), I finally had it. I got kind of off on the sleeve seams, but Ben says I’m the only who notices. I think I’ve got this pattern down now as I made another dress similar to it with black linen fabric, and my sleeve seams are spot on. When I get time, I’ll pick up more denim fabric to make another, and slightly change it up, but will make sure the seam sleeves are spot on too. I’m a perfectionist.

It’s just a simple shift dress, so it’s not terribly difficult to figure out. I had wanted a denim dress Madewell had last summer (this one), but it looked so simple that I couldn’t get myself to spend $100 on a dress that I could make myself. Now, shoes, I can’t make those, and I’ve been known to be a little splurgy when it comes to my footwear, but that’s a story for another day. If I sew my own clothes, it kind of balances out right?! I love being able to sew my own clothes, it’s so satisfying.

I tell you, if you can sew a straight line, you can sew anything! I don’t know if this is super fast or not, but it took me about 3 – 4 hours to make this dress. Have you ever sewn a dress for yourself? It really is such a good feeling!

p.s. my shoes are these from lotta from stockholm and i totally love them!

nothing gold can stay

20 comments on “a free afternoon for myself”