focus: getting some air 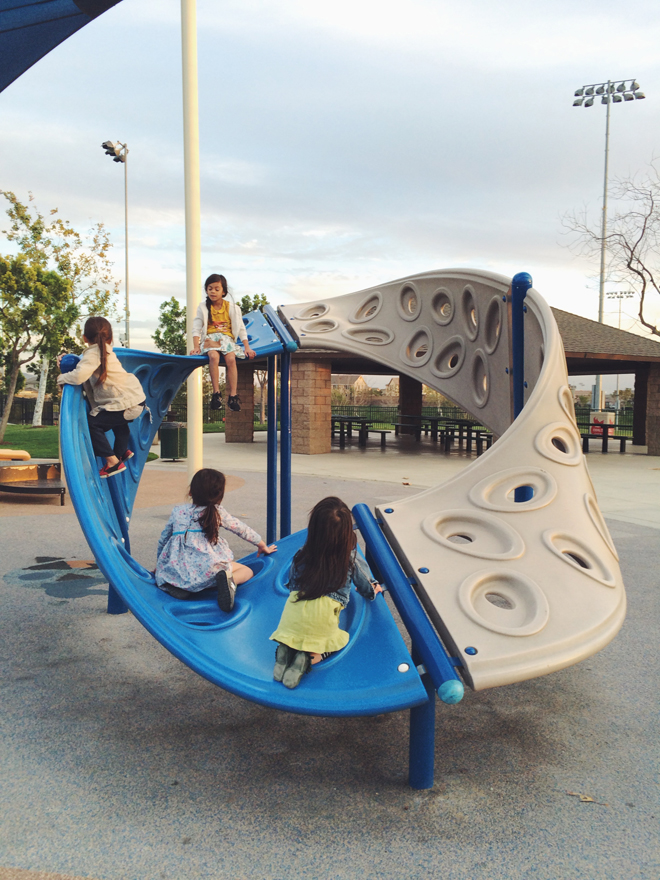 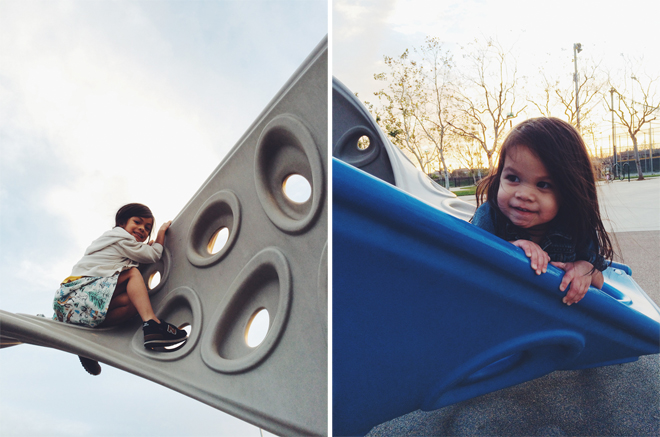 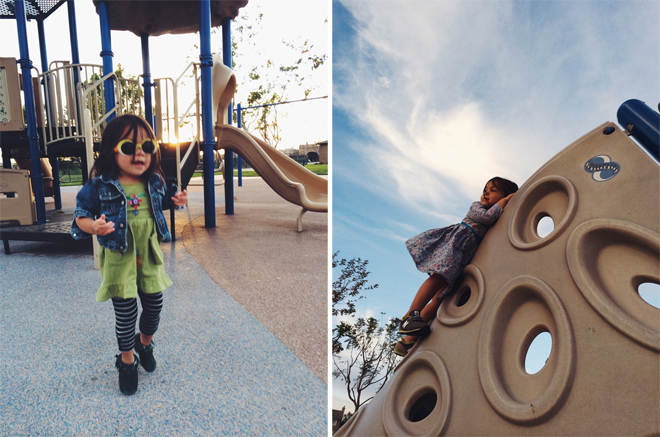 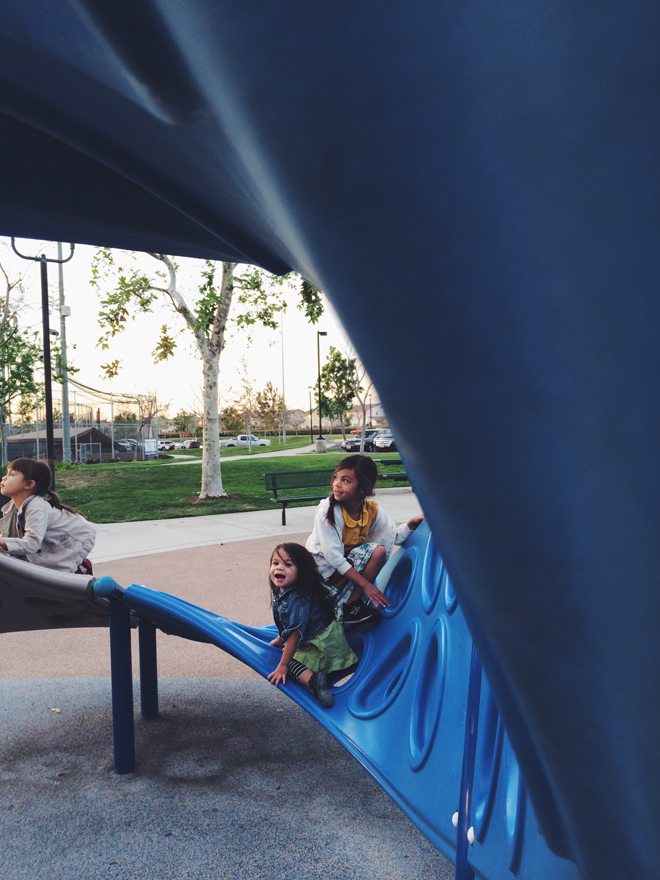 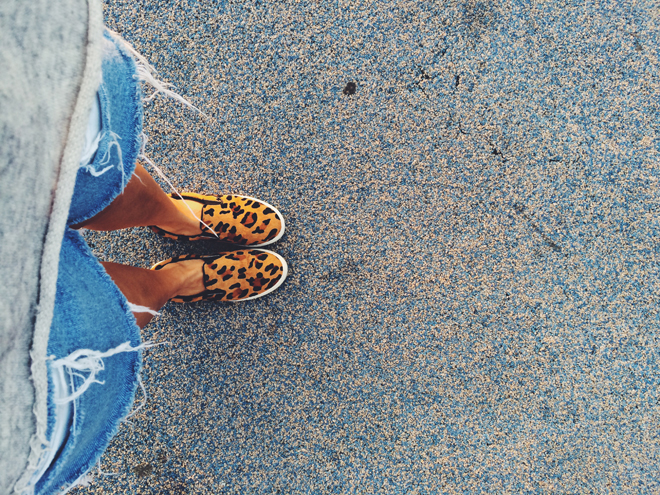 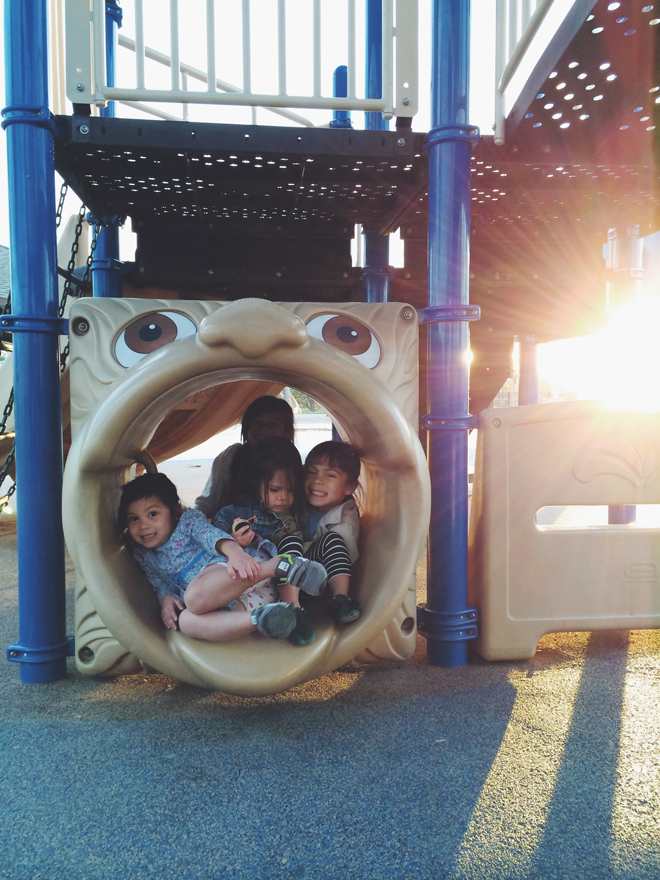 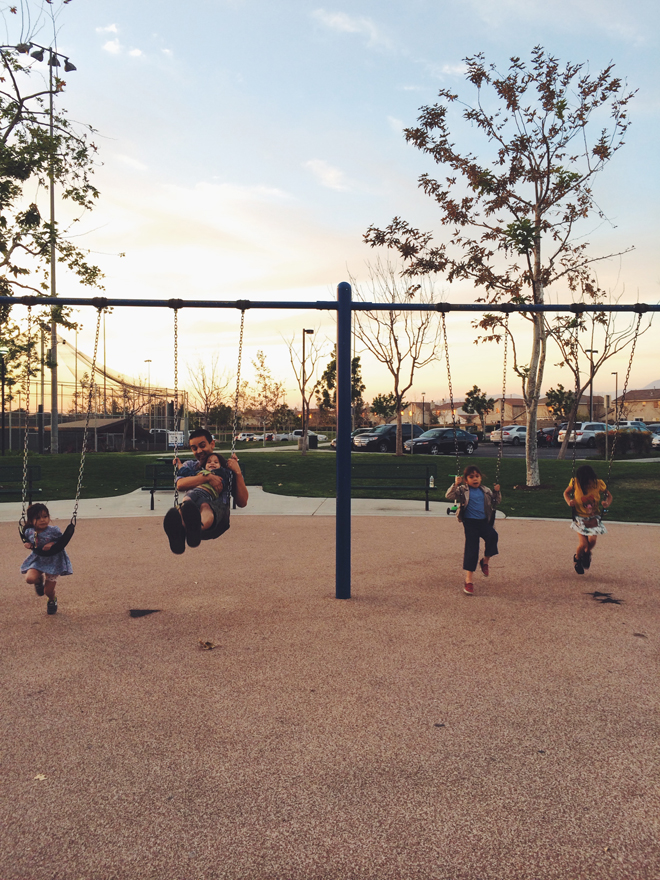 We had plans to take the girls out to Joshua Tree last weekend, but I had to spend most of my Saturday doing last minute things for the Babiekins Magazine shoot I was doing Sunday, so it just didn’t happen. I didn’t take all day, but a good chunk of the morning and early afternoon, so as soon as I was done, we all went to the park, and after, took the kids out to Pieology for dinner (we love their pizzas!). It wasn’t as exciting as the original plan of a treasure hunt in Joshua Tree (the treasure hunt is all True’s idea), but the fresh air was needed and as long as we’re together, it’s all good.

Glow gets fearless on the playground because she sees her big sisters doing things and thinks that she can do much of the same. She spends much of the time squealing in delight and her little legs are running to and fro from all the play equipment, so much so she got bonked by Soul on the swing. Thankfully, it was just a light bonk.

This weekend’s plans were going to include Joshua Tree again, but there’s a storm rolling in over here, so I think we will have to figure out something creative we can do indoors. Maybe, Ben and I will execute that treasure hunt True’s been wanting inside the house. The kids will definitely love that!

5 comments on “focus: getting some air”