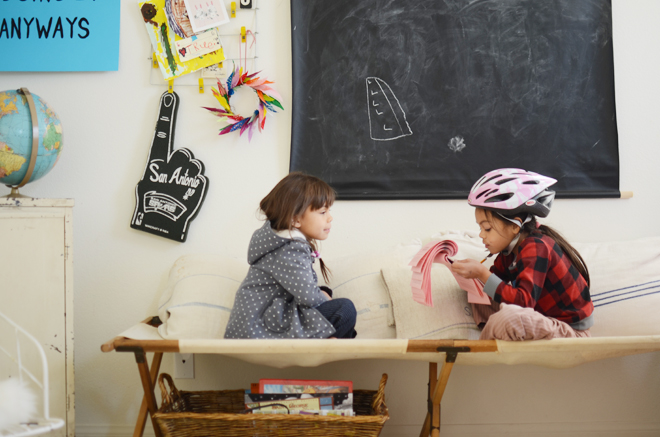 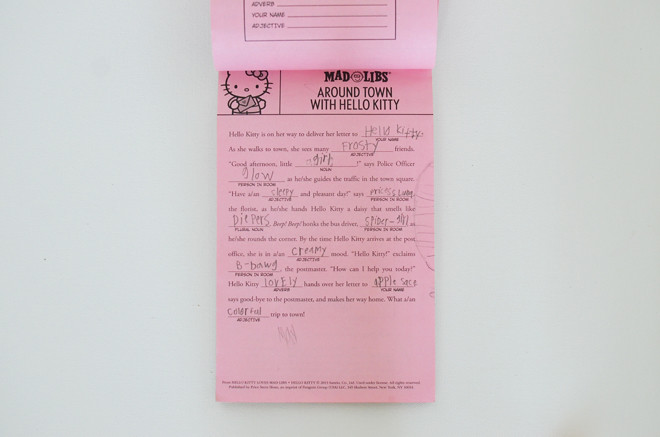 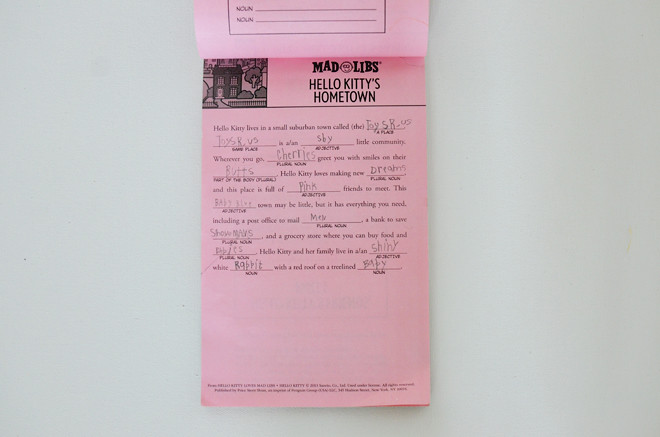 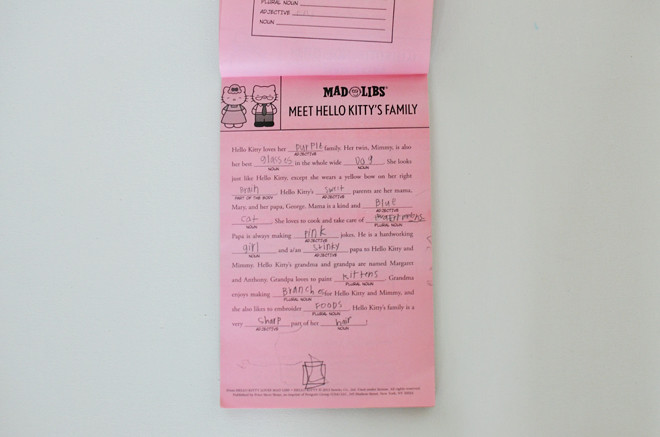 Well, I just introduced them to my daughters and they are having a hoot with it! We’ve been studying the different parts of speech throughout the school year, and since they’ve got it down now, I knew they needed mad libs in their lives.

I remember countless sleepovers with friends and staying up all night doing mad libs. We would just laugh and laugh at the silly stories we created from them. It’s fun to see my girls doing the same. We have been spending some evenings on the couch doing mad libs together. Ben and I were having a bit of fun with it too, and may have tried to get a little more risqué about it, but the girls were just like, “Huh?! That doesn’t make sense.” We’re going to have to get more (and stock up!) because they are whizzing through these pages fast. Anyone else remember doing these as a kid?

Speaking of mad, oh I was just feel all annoyed and crazy yesterday. The girls were making me mad, there were giant messes all over the place (like everywhere!), laundry up to my knees, Soul kept lying, Brave was disobeying, True and Glow are sick, and all I wanted was a giant slice of chocolate cake and a super-unhealthy, juicy hamburger, call it a day and stay in bed. I couldn’t realistically do that, but I did open up that jar of Nutella that’s been in the pantry for a few months, and had two tablespoons full. Later that evening, I kept calling Ben as he was coming home from work (he worked late) and debated with him on if he should pick up a burger for me. I opted against it, but man, I’m regretting that choice. I think an In-N-Out run is in my future.


more of our garden