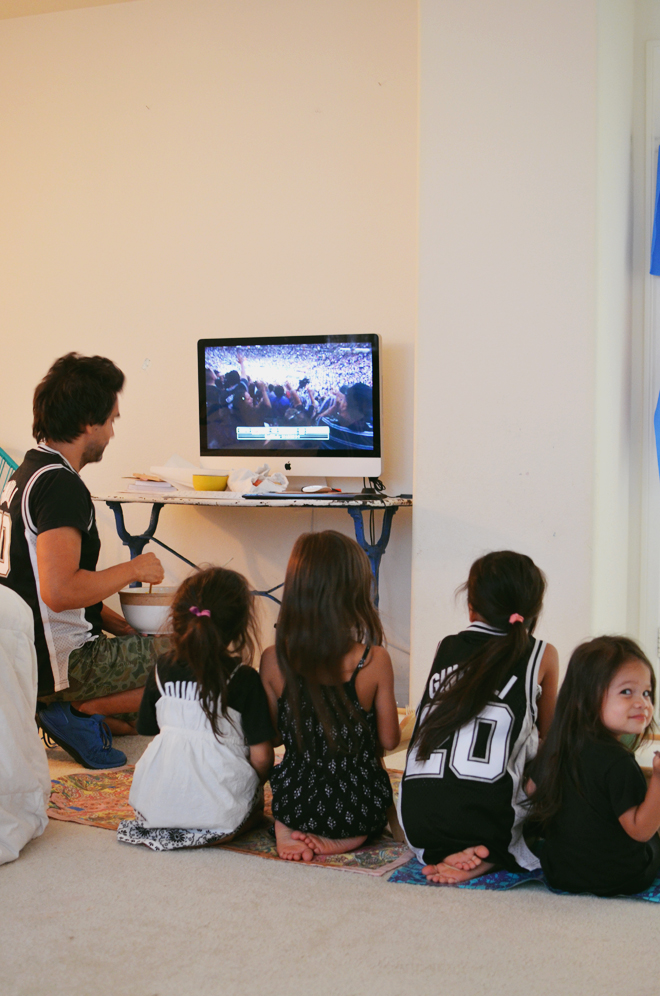 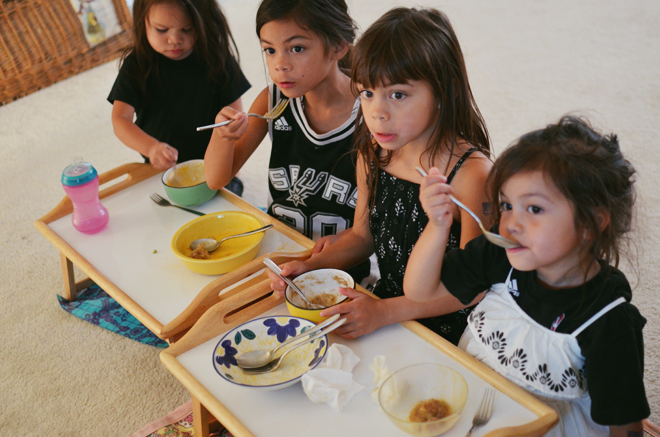 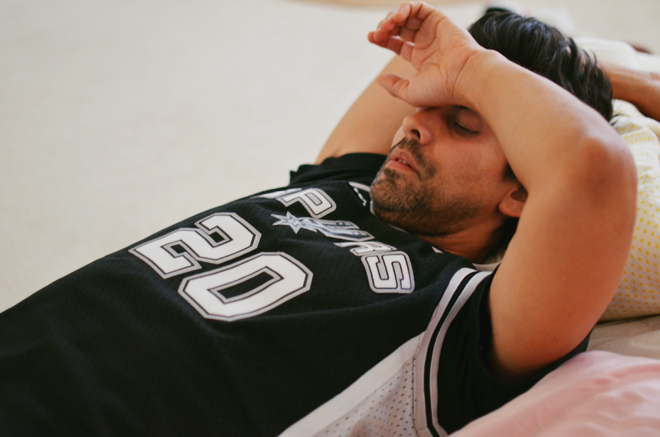 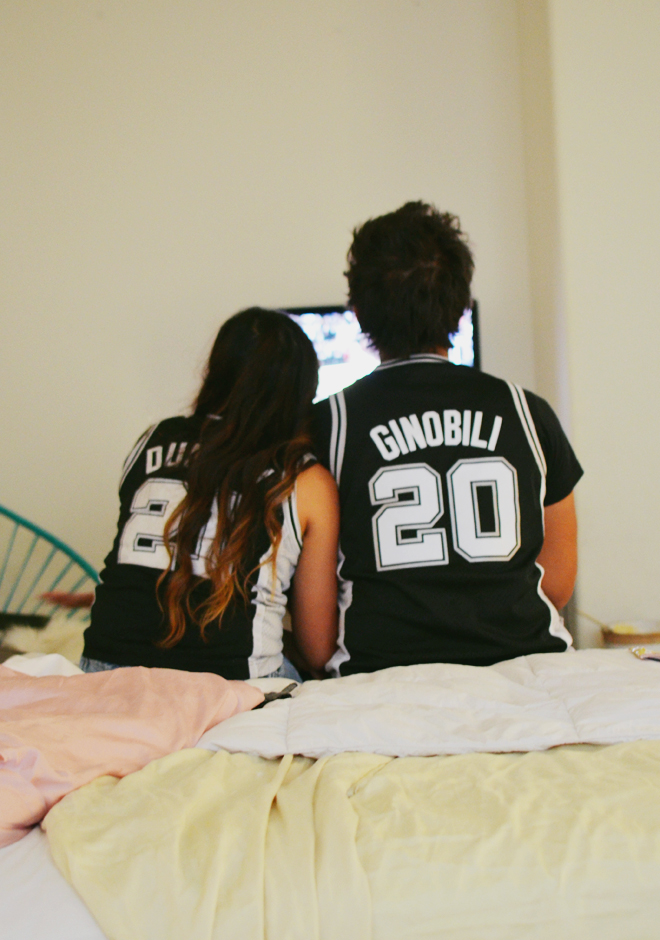 We’re on cloud nine about the Spurs winning their fifth championship. It’s been an exciting week here; we’ve watched all the replays, interviews, and even the parade and rally. We’re really far from San Antonio, but we are celebrating with the city from our little spot here in Southern California. I love Texas and keep trying to convince Ben we need to move, but his job is too good to leave, though he did look at the job opportunities in Texas, but it looks like they don’t really realize they need registered dietitians just yet.

We started off the day wearing black, silver, and white in excitement for the game, and despite Ben feeling achy and sick, we still enjoyed watching the game and celebrating together after they won. The kids were loving the excuse to scream from the top of their lungs with excitement. This year’s win was just so sweet, and like Tim Duncan said, “It makes last year sort of OK.”