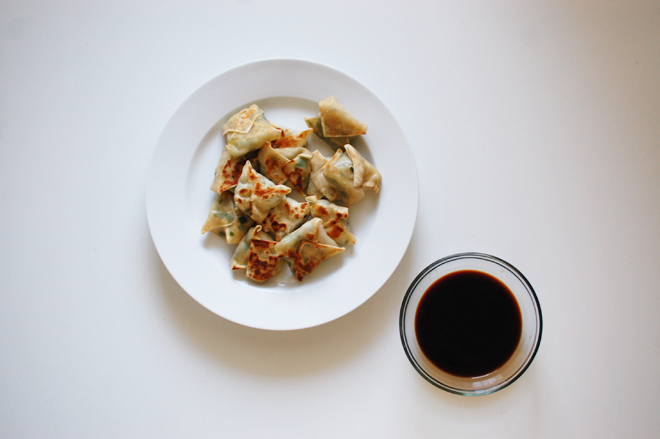 Shrimp & Chive Dumplings. This was first made for this and it is surprisingly easy and so delicious. It was our favorite dumplings out of the various we made that day and so it’s the one I choose to make when I have a dumpling itch. I need to stock up on more wrappers so that dumpling dinners can happen more often. 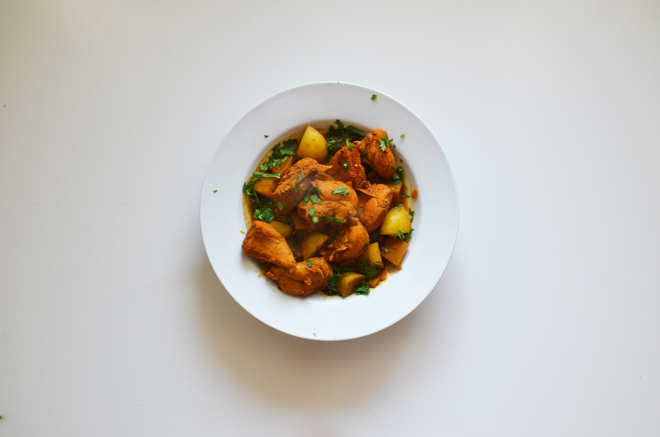 Malaysian Chicken Curry. I have made this before too, but this time I used a different (hot!) curry powder and boy was it hot! I also made a batch without the spice for the girls and they weren’t fans, but Ben and I totally were. If it’s got spice (and a lot of it), it’s almost guaranteed we will love it. 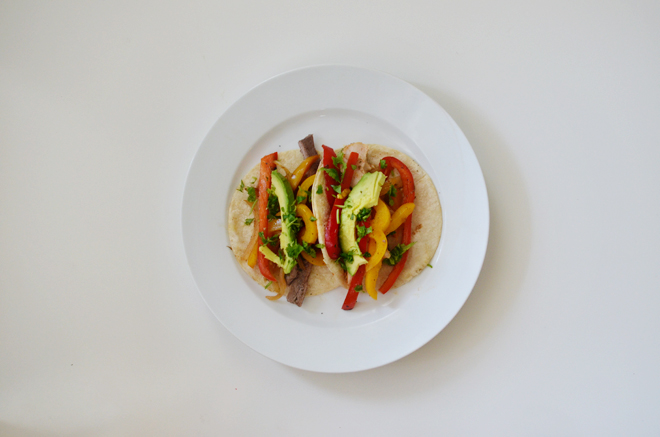 Steak and Tequila Lime Chicken Fajitas. Fast and good. I had a steak and chicken breast option with lots of bell peppers and onions, throw in some avocado and pretty much everyone is a fan! 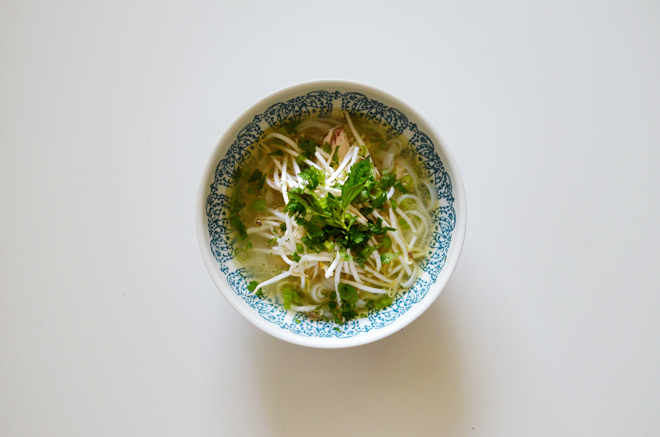 Vietnamese Chicken Pho. Oh. My. Gosh. Ben and I love eating pho and we tried making it once, but it cost so much (and took so much time!) to make that we figured we’ll just get it out to eat instead of make it again. Then I met Liz (Hi Liz!) and she told me about this recipe that her family has been making for years and it only takes 2 hours! And by golly, after two hours, I had pho! It was so good. Now, it was a bit oilier than we would prefer because the broth was made with a whole chicken, but next time to eliminate some of that fat, I would make the soup, then let it cool and put it the fridge so that the fat could separate, scoop the fat out, and then voila, it’s much better. The flavors are spot on and this is something I plan on making often. We love it that much! 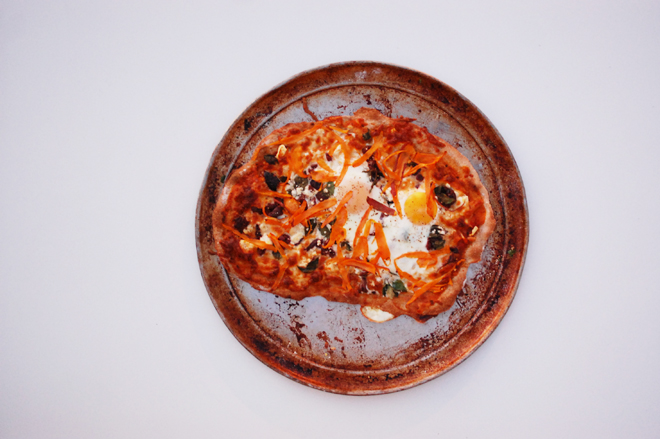 Breakfast Pizza. We we’re pretty low on food in our fridge because we needed to make a run to the market, but I just grabbed things we had and experimented. I had some dough that I made a couple weeks ago and just froze, then I sprinkled herbs, added olives, sprinkled feta cheese, mozzarella, eggs, and shaved sweet potato and we had dinner. It was eh. I think I didn’t like the olives and I typically love olives, but something didn’t taste right to me. We all ate it, but I don’t think I will make this again. 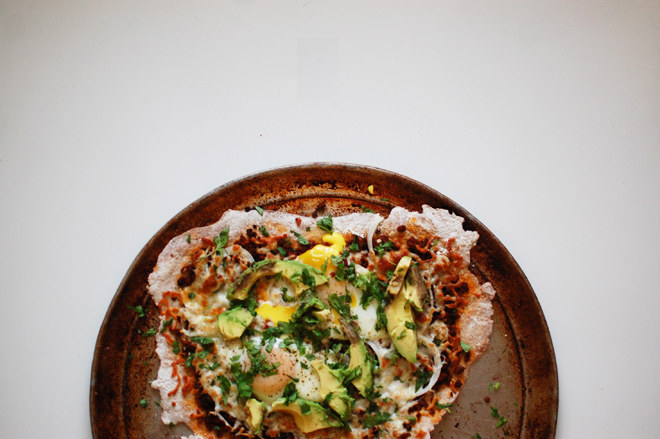 Mexican Breakfast Pizza. Another experimental kind of dinner and I like this breakfast pizza much better than the previous. This one had fresh dough, soy-rizo (soy Mexican sausage), mozzarella, eggs, avocado, and lots of cilantro. I think the soy-rizo brought the flavor and we all really liked it. Plus, it had some spicy kick from the sausage, so that helped make it taste good for me. 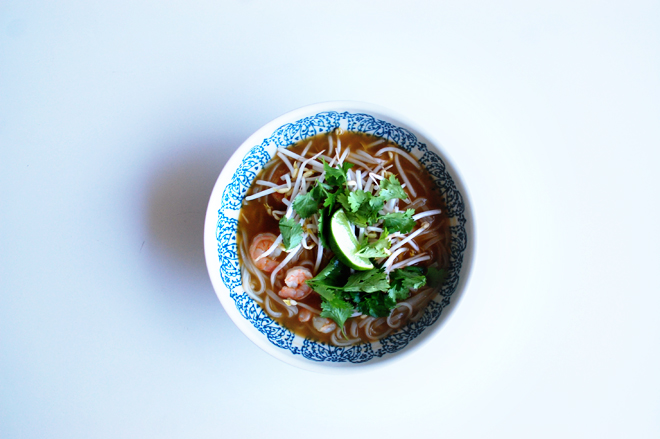 Vietnamese Shrimp Pho. I wanted to try and make a shrimp pho after making the chicken one and I combined a few different recipes I found online, while sticking to some of the basics that Liz gave me in her recipe. This was a vegetable based broth and Ben says it came out creamier than he’s used to, but we both gobbled it up with seconds and thirds, so obviously we liked it. It is definitely good, but we like the broth of the chicken pho better. The girls really like the noodles and Brave was all about the shrimp.

These are some of the meals from the past couple weeks. I like cooking for my family and I am learning how to experiment. Not that it always comes out great, but I’m learning.

Still need to get better at planning my meals around veggies. Ben does all the grocery shopping, so he picks all the veggies out and I usually plan around what he gets and never have recipes in mind ahead of time. It usually is roasted broccoli or mashed cauliflower because you can’t really go wrong with those options can you?! What are some of your favorite veggie dishes? I need some ideas!

scenes of our days 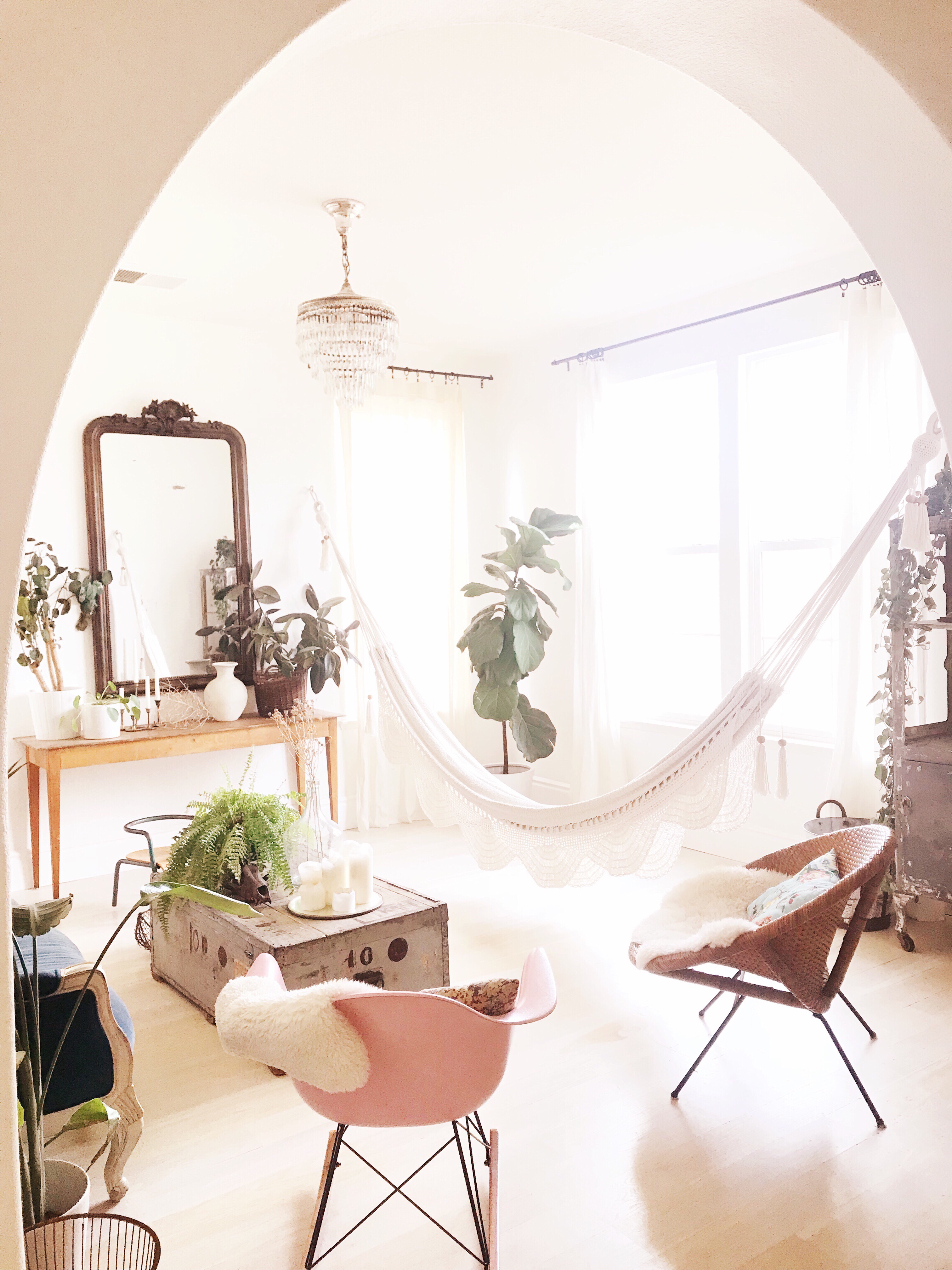