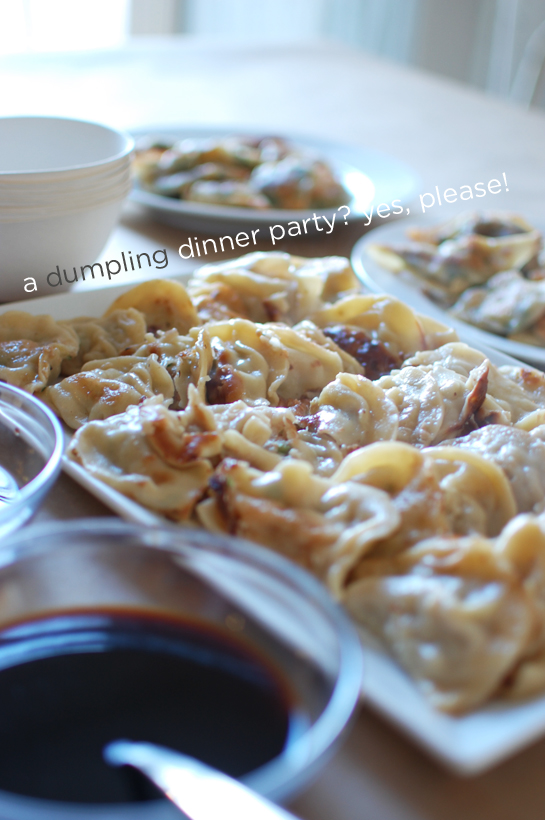 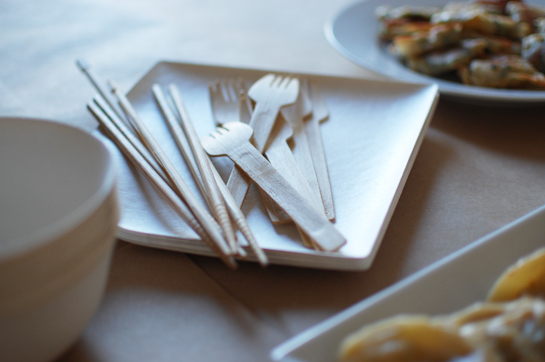 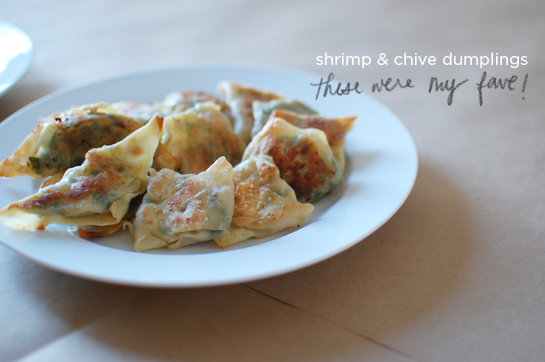 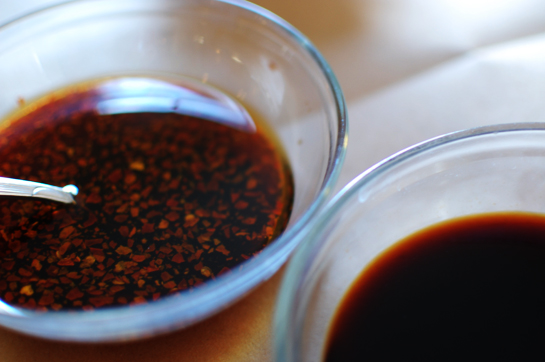 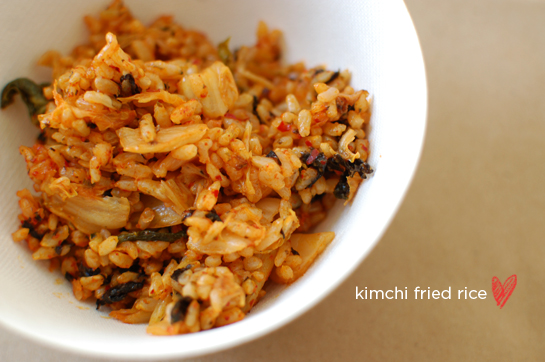 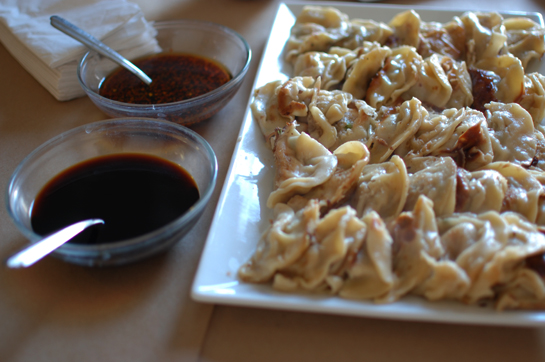 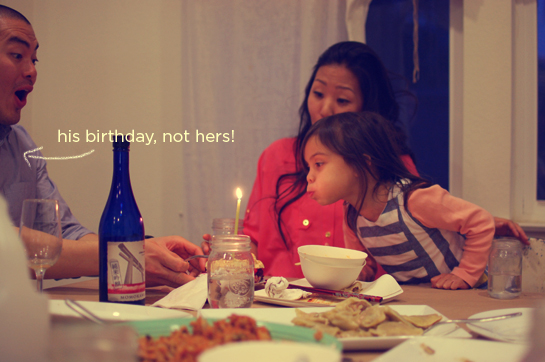 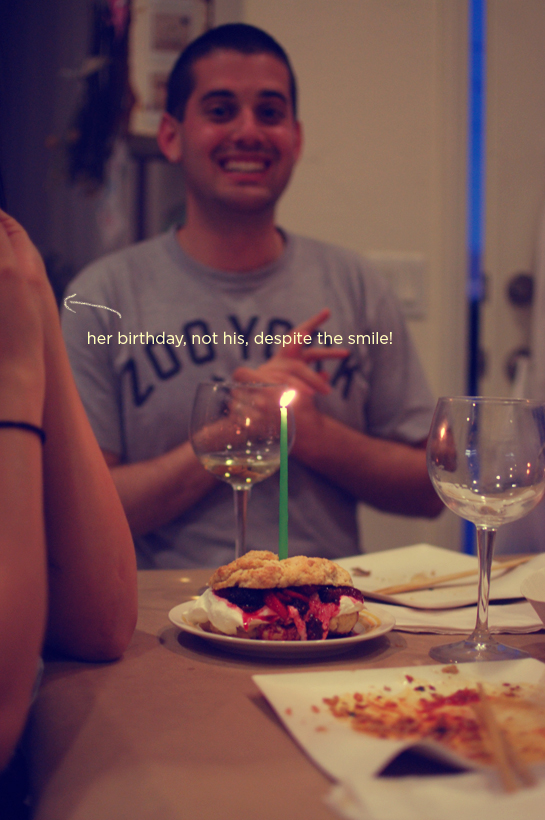 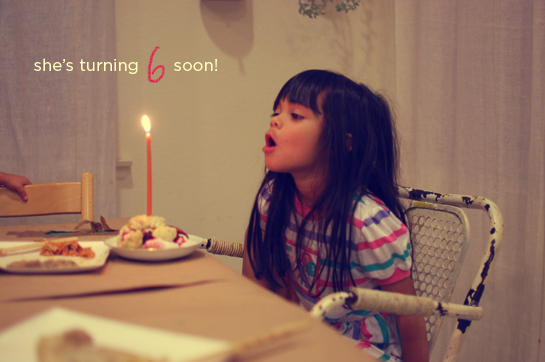 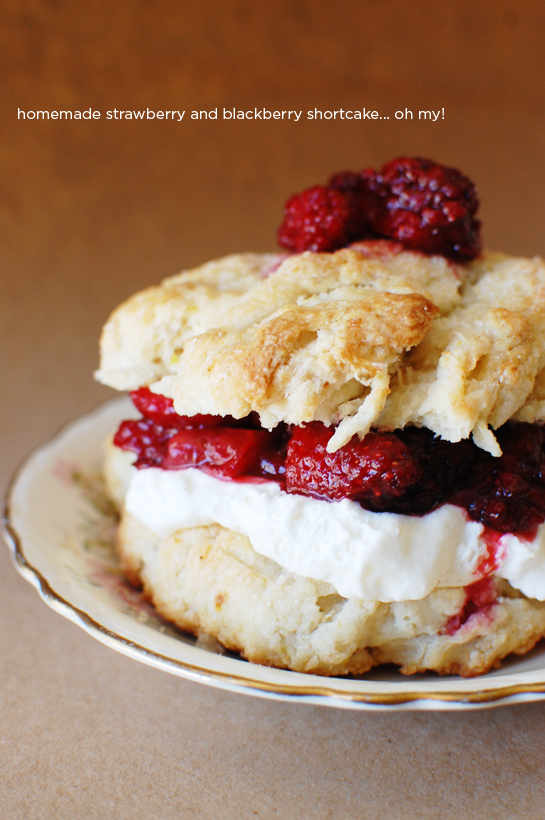 We had some friends (BFF and her husband, and Taylor, but we call him Sexytay, and his wife) over Sunday night and I decided to turn our dinner into a dumpling party. I used these recipes: Gyoza, Shrimp & Chive Dumplings, and Steamed Dumplings. The BFF and her other half were here to help with the wrapping and let me boss them around a bit in the kitchen, while we let Sexytay and his wife entertain the kids (thanks guys!).

After our first attempt at making dumplings, I am convinced it is much better to make them than buy. Ours didn’t come out as pretty and we didn’t get too fancy with the wrapping style, but the flavors in all the recipes came out fantastic and it really is quite simple to make. Of course, I didn’t make the wrap from scratch, which did help a bit, but maybe I will be adventurous next time to try those too. We already ate another bunch on Monday night for dinner and I froze a bunch more and those are ready for when we get that next dumpling itch.

We have an Asian Market not too far from us that we go to often for groceries, though looking at the recipes you should be able to find most of them at your regular market. Also, if you want to figure out a good substitute for an ingredient you are missing, go to Food Subs. I love that site. For example, I didn’t want to buy shaoxing wine (don’t know what that is either), but Food Subs told me that dry sherry was a substitute and I already had that. That site becomes your best friend in the kitchen! Seriously.

We had three April birthdays in the house, so we celebrated with a little song and Strawberry & Blackberry Shortcake for each celebrant. I use this recipe, but just added blackberries.

It was a good night with good food and best of all, good company. Not only were our guests our friends, but also part of our church family, and while we don’t get to hang out with them often, it was good to be able to share life together Sunday evening. We don’t have people over for meals often enough, but when we do, we always have so much fun! Having more people over for a meal is a goal of ours that we are slowly working on

p.s. kimchi fried rice made by the bff and pretty disposable plates were from wasara. 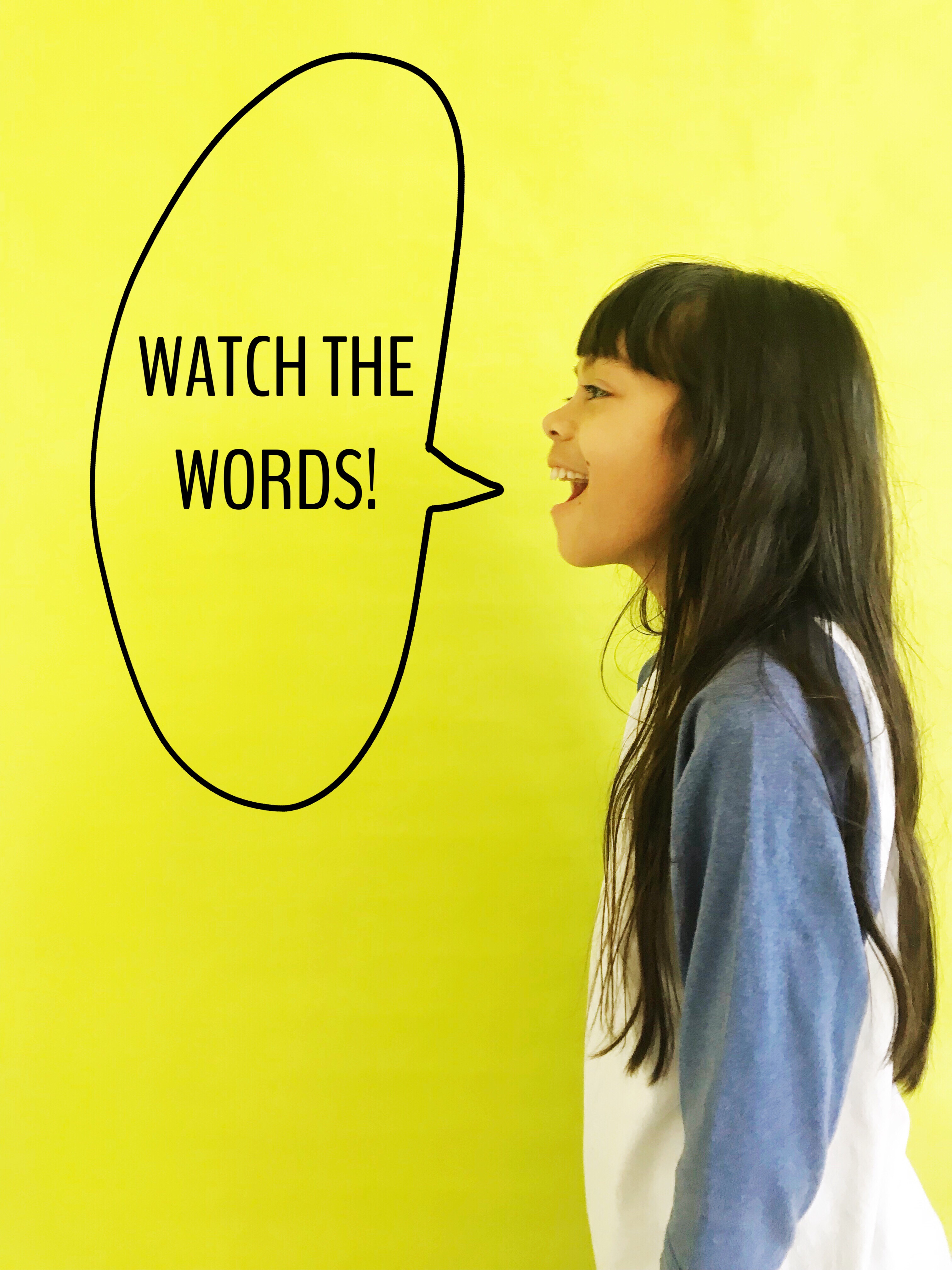 19 comments on “A DUMPLING DINNER PARTY”